Toho Interactive and Stern Pinball to bring back classic Godzilla and many of his monstrous enemies in a new feature-rich pinball machine featuring kaiju destruction.

Stern’s Godzilla isn’t just a milestone for the big green lizard. The machine is the first to come out of the company’s warehouse equipped with the new proprietary Insider Connected.

“The new grab feature should help set up more action for the third flipper, allowing the ball to remain in the top half for more play time, less ball-drain.”

Designer Keith Elwin traveled back to the golden age of Godzilla, ensuring the machine’s design embodies the lovable camp the early series became known for. Ten of Toho’s earlier films served as inspiration for the new cabinet, which features Godzilla and many of his greatest villains in full, vibrant color. Godzilla first emerged from the Pacific in 1954, starring as the villain in the creature’s debut film. Since then, Toho has toyed with Godzilla’s morals, turning it into a defender of Earth from some of the biggest and baddest monsters known to cinema history.

In the Stern cabinet, players will be Godzilla, fighting against a Xilien invasion. The case is adorned with stunning artistic creations of the titular monster, Mothra, Mechagodzilla, King Ghidora, and Gaiden. A quick press of the glowing ‘Start’ button illuminates the display, built with a cityscape, 2D cardboard art of Godzilla and Mechagodzilla, and plenty of perils for the big green beast to keep away from humanity. Additional features include:

A Host of New Features

To make this new release stand out, Stern also added the ‘Magna Grab’, a first-use implement that uses a magnetic Newton ball to guide the ball from five directions. The new grab feature should help set up more action for the third flipper, allowing play to remain in the top half of the cabinet. Doubling down on the Godzilla content, the cabinet plays scenes and audio from the 10 movies that inspired the cabinet. Expect nostalgia overload once the Godzilla theme kicks in and the bridge model collapses under the monster’s weight.

Godzilla is also available in Premium and Limited Edition options that spruces up the mechanics. Stern is releasing a costlier Premium version that includes:

There will also be 1,000 Limited units that include all Premium features as well as a shaker motor, mirrored backglass, reflective foil decals, non-glare playfield glass, enhanced Mechagodzilla figure, and the designer’s autograph. Each Limited Edition pinball cabinet will come with a certificate of authenticity and a sequentially numbered plate.

Godzilla is the first of Stern’s machines to include Insider Connected, a program that connects players with the games they play. Insider Connected unlocks achievements and quests while keeping track of the user’s performance on individual machines. All Godzilla machines will include a QR code that allows players to link up to the machine.

According to the announcement, though Stern has been doing its best to keep the cost of pinball machines stagnant, Godzilla and the Insider Connected components will see an increase in price. There was no official price tag associated with the announcement, but Stern confirmed pricing would be shared with customers in the very near future. 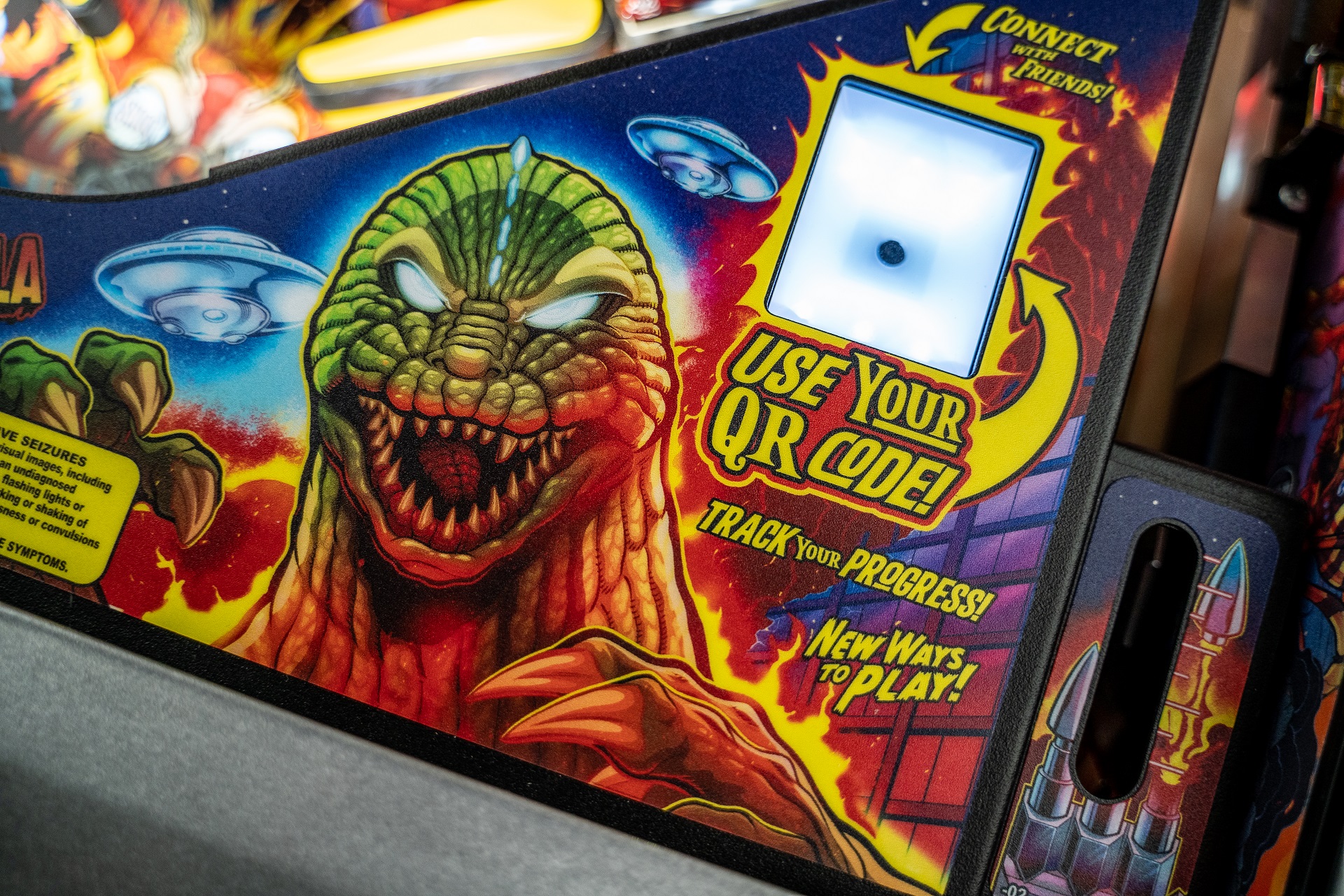 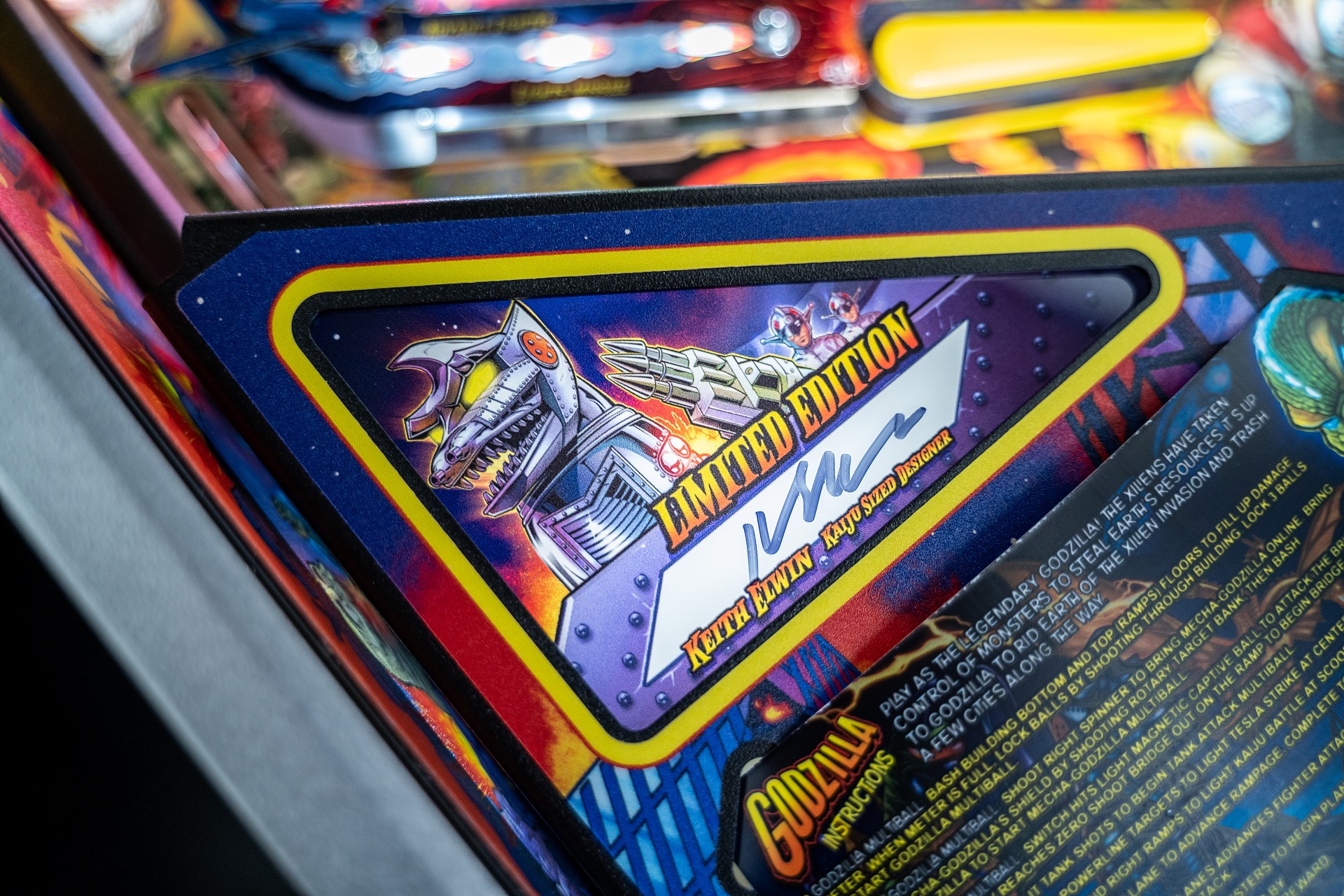 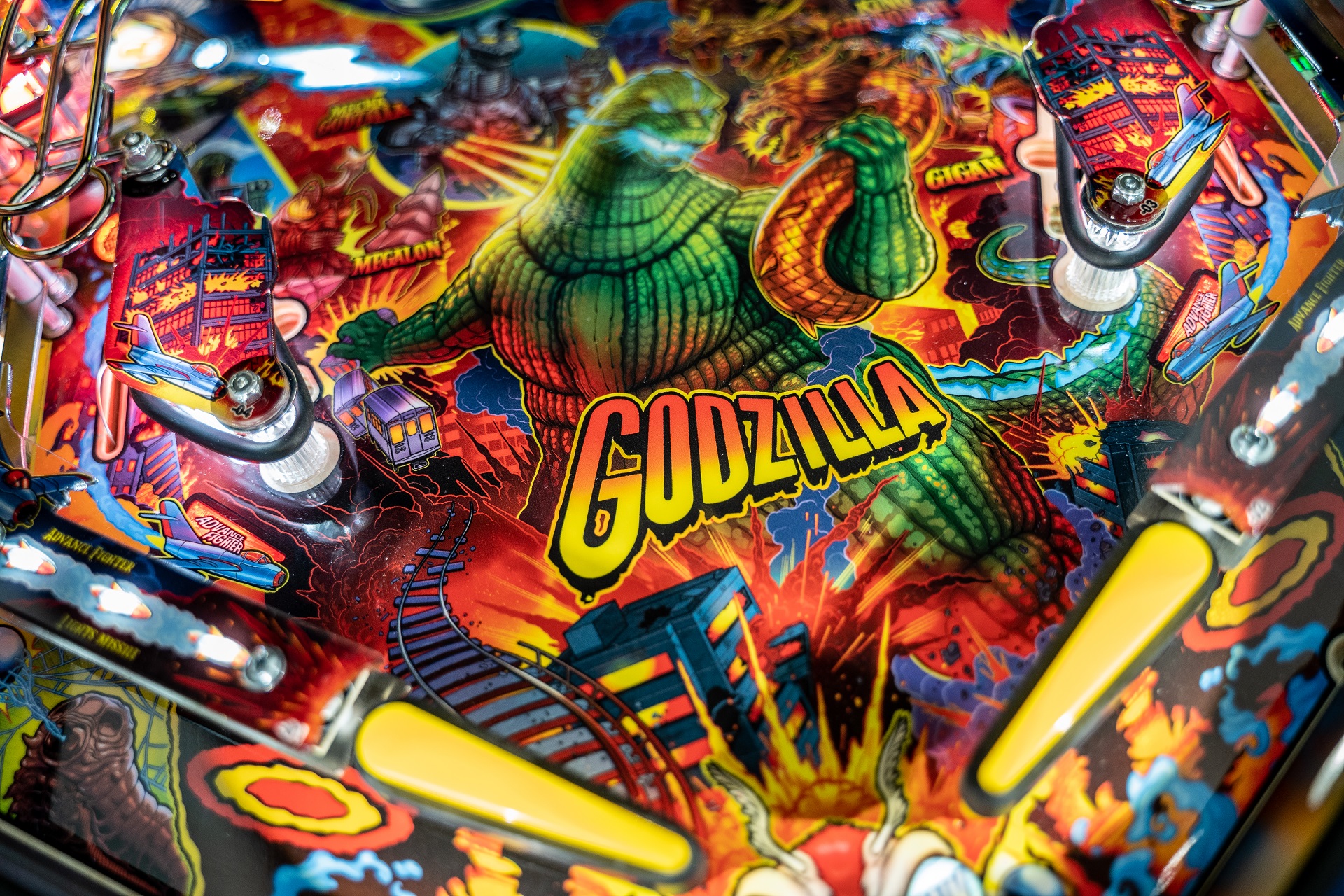 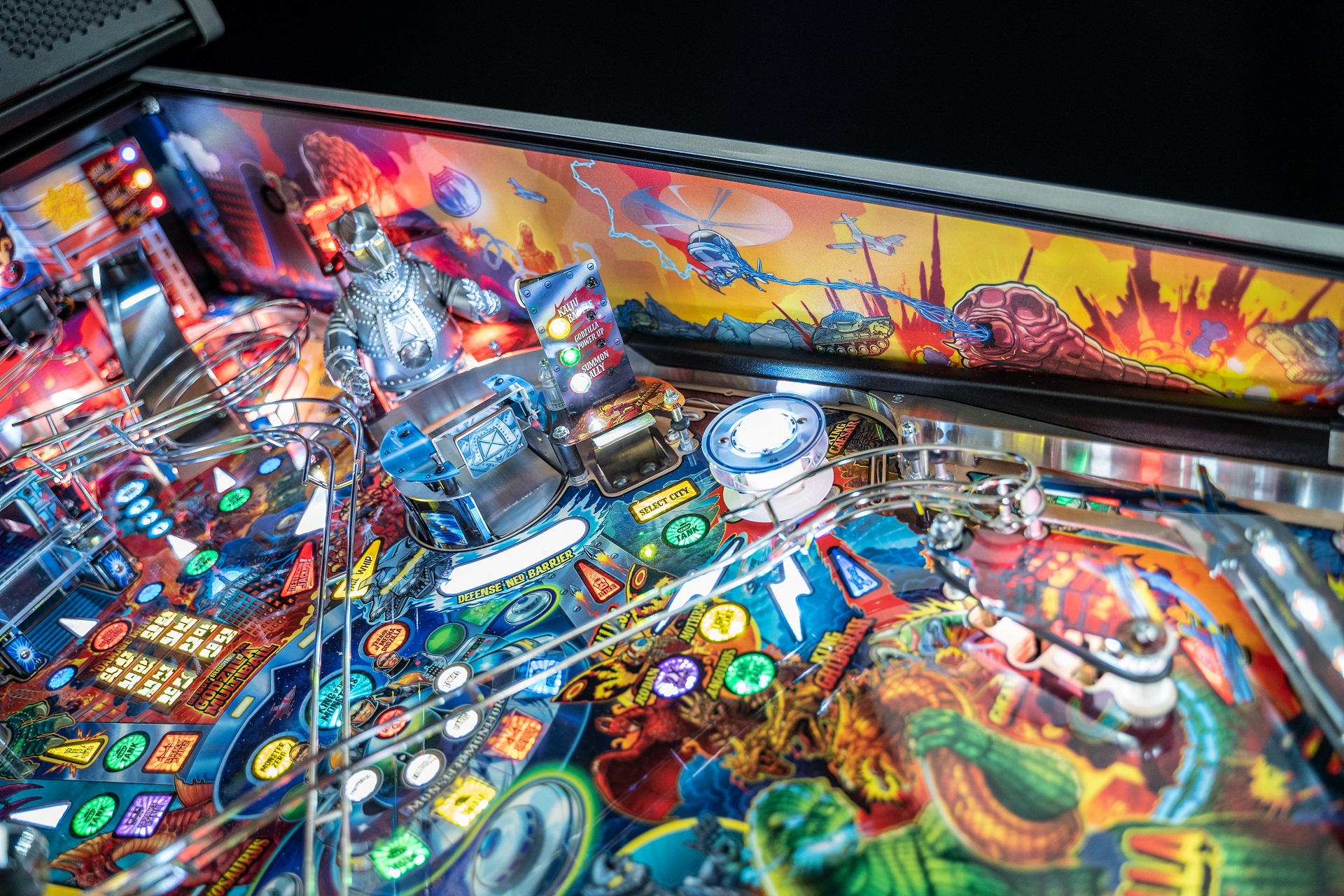 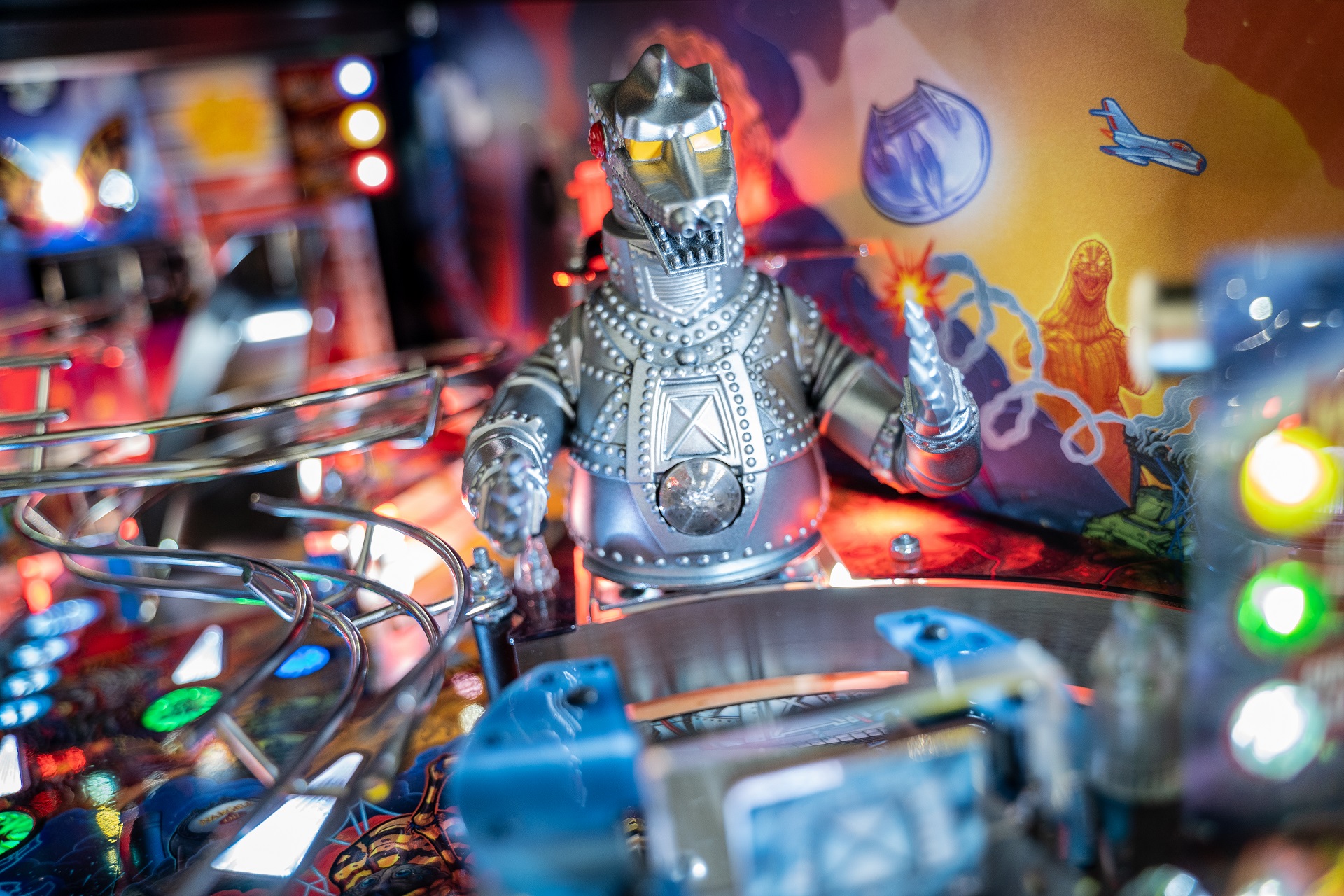 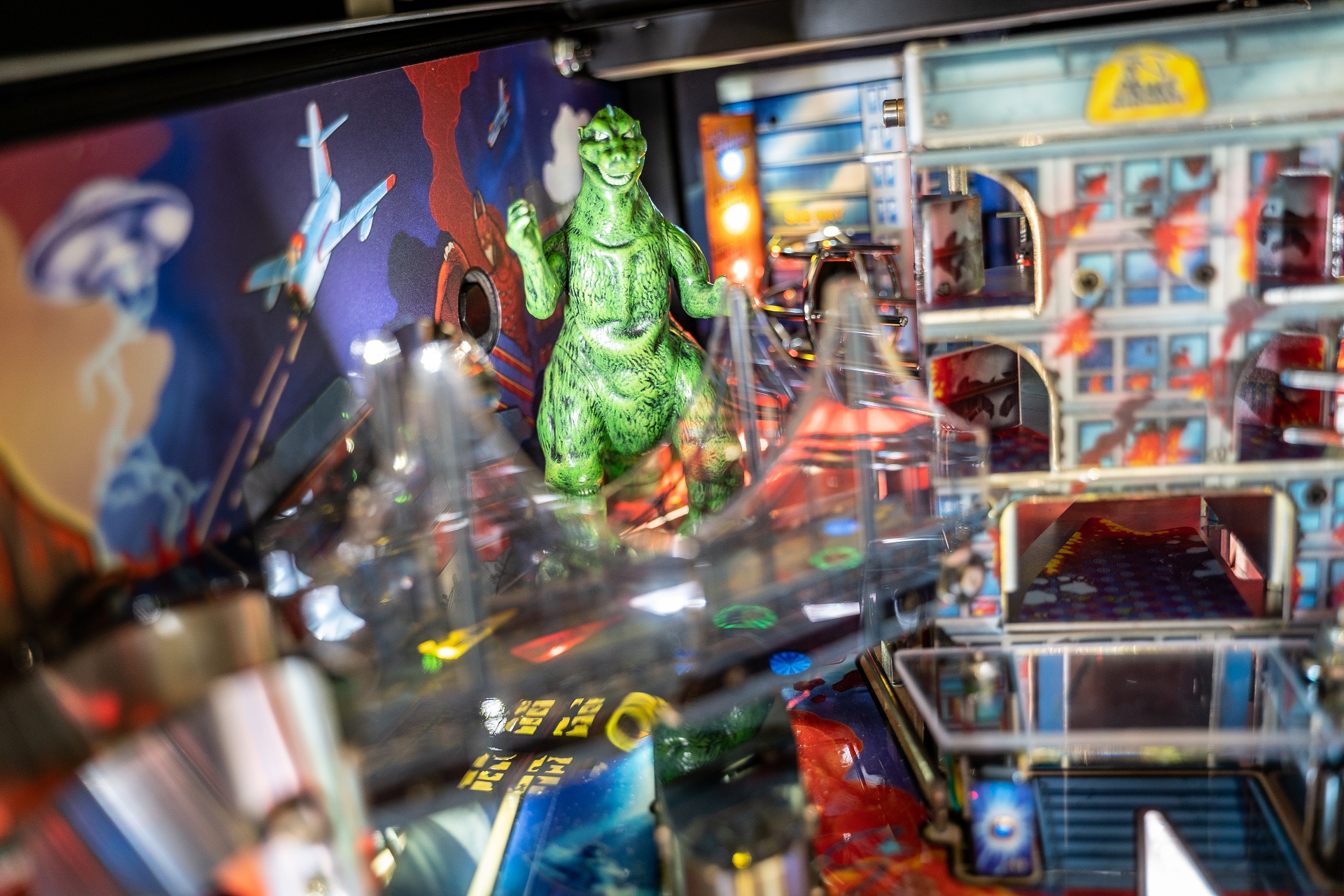