Before we dive into one of the most notable action films of all time, we need to clear something up. The title of the first movie about John Rambo (Sylvester Stallone) is simply First Blood.

It was not until later that the Rambo franchise, and every film in it, became mistakenly synonymous with the main character’s surname.

First Blood is a nearly perfect eighties action movie that will make your blood boil. John Rambo is a Vietnam War veteran trying to link up with his last living platoon mate. When he finds out that his friend has died, he moves on with no clear motive. While passing through a town on foot, a bully small-town sheriff, Teasle (Brian Dennehy), stops him and acts friendly, only to escort him to the edge of the city and tell him not to come back.

Rambo, wanting something to eat, starts walking back toward the town, making Teasle so enraged he arrests Rambo on the spot for literally nothing. Teasle’s attitude pales in comparison to Sgt. Galt (Jack Starrett), who is so abusive he causes Rambo to go into a full-blown PTSD mania and fight his way out of the police station. The cops chase Rambo into a forest, the worst possible thing they could do — Rambo feels at home in the dense jungle, using the elements around him to survive.

A green beret trained in guerilla warfare, Rambo was taught to ignore the pain and survive off the land while killing anyone who might be a threat. Colonel Trautman (Richard Crenna) shows up to bring Rambo in safely and end the carnage, warning the police about how dangerous Rambo truly is. Teasle does not listen, and the police department stages a full-on war against a lone man in the woods. Unfortunately for them, Rambo is everything Trautman said he was, and he escapes a rocket launcher attack with nothing more than a chip on his shoulder.

Rambo has the chance to just sneak away and leave the whole incident behind him, but his anger runs deep, and he returns to take revenge on the sheriff who started it all. Rambo is about to finish Teasle when Trautman reappears to talk him down. First Blood ends with our hero, and by all rights, an innocent civilian, being taken into police custody for the carnage he has caused.

Rambo is not a saint by any means, but it is easy to empathize with a character who only wants to be left alone. He had only recently realized that the last person he considered family was dead, leaving him alone in the world. All he wants is to get a bite to eat and figure out what he will do next when a small-town cop starts harassing him. It only gets worse when more police begin to torture him, bringing up memories of similar torture he endured as a war prisoner in Vietnam.

First Blood is the kind of pure action movie they do not make too many of anymore – there are no soft jokes or love stories, just guns and fists. The film does not waste much time getting up to speed and it is unrelenting until the end. One thing that makes First Blood such a great action film is that it is not wholly implausible – for the most part, First Blood is entirely believable, and it provided relevant social commentary surrounding the Vietnam War and ex-veterans.

First Blood, in tandem with Rocky, catapulted Sylvester Stallone to superstardom and solidified his place as both an action star and a bonified actor. The final scene, where Rambo is lamenting how he has lost everything and the country he fought for hates him, is gut-wrenching and feels like it is coming straight from the heart. Stallone has had a long career, with some questionable films along the way – Stop or My Mom Will Shoot immediately comes to mind – but if you look back at his early work, it is hard not to respect his acting prowess.

What First Blood does not get enough credit for is a sneakily good soundtrack — the mostly-instrumental score plays a significant role in creating moods, so far in the background that you barely notice it is there, yet it is effective all the same. Not until the final credits roll, and the power ballad “It’s a Long Road’ (by Dan Hill) becomes the central focus, that you consciously notice First Blood‘s soundtrack. The next time you watch First Blood, pay attention to how the music molds each scene, adding not suspense, but, for lack of a better word, ambiance.

The more things have changed, the more they have stayed the same, and while First Blood is nearing forty years old, it is just as good now as it was in 1982. Stallone is still working, having recently released the fifth Rambo movie, Last Blood, in 2019. Though critics did not love the film, Last Blood harkened back to First Blood’s themes — from which the franchise had strayed. No matter how many Rambo movies are made, or how critics receive them, First Blood will always be an exemplary action movie and it deserves its place in the hall of fame. 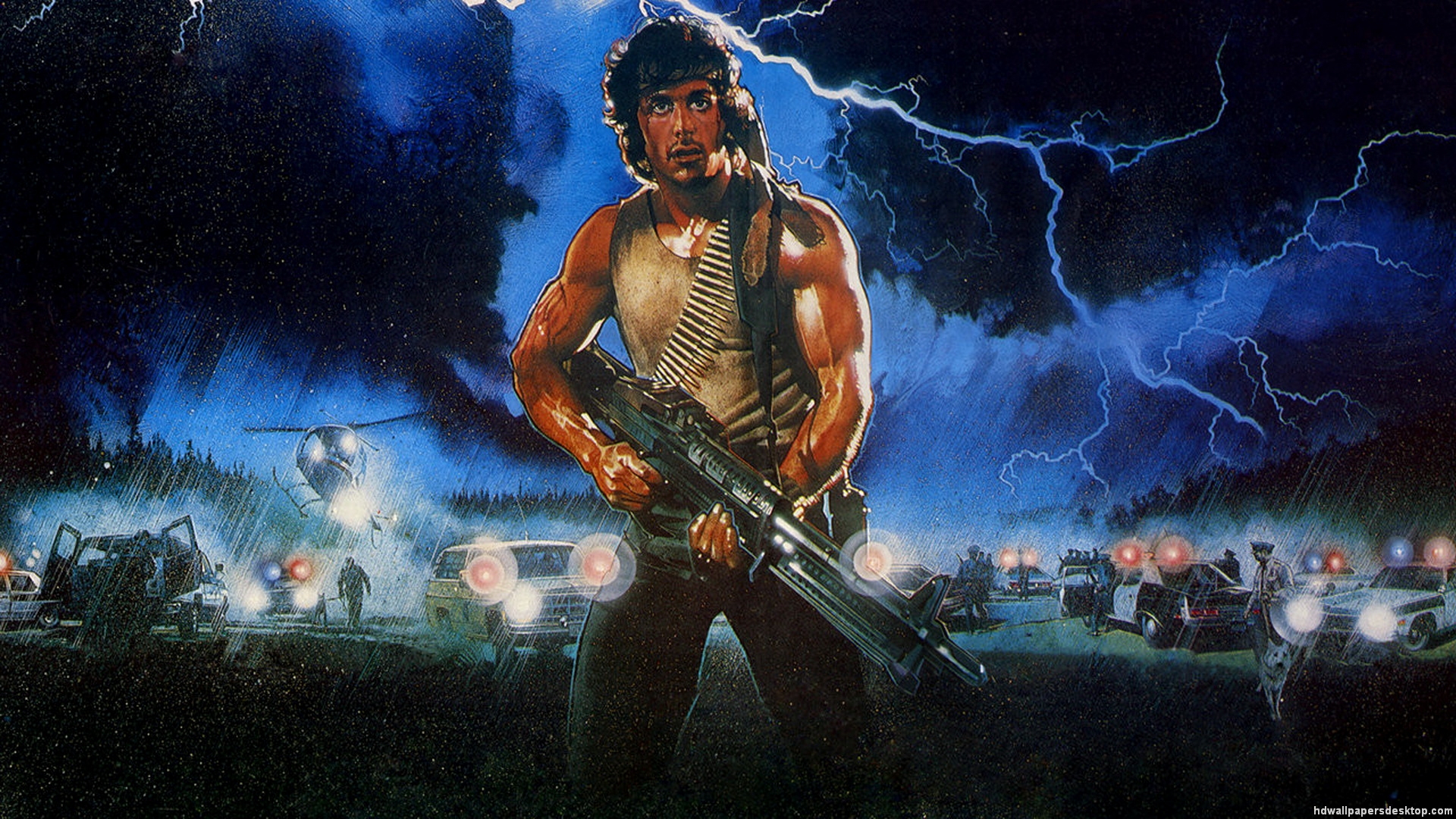