Lethal Weapon cashed in on the trends of the time with an over-the-top buddy cop movie with a twist. The film sees an older cop Roger Murtaugh (Danny Glover) paired up with Martin Riggs (Mel Gibson), a younger detective known for being a loose cannon. The two have to learn to navigate their clashing personalities while investigating the death of the daughter of one of Murtaugh’s old friends.

The film starts with a young woman jumping to her death, but we quickly find out that her apparent suicide was a homicide covered up by a corrupt drug dealer (Mitchell Ryan). As Riggs and Murtaugh dig deeper into the case, they uncover a nefarious underground of prostitution and drug smuggling. The duo continues to bump heads over their policing styles and Riggs’ suicidal attitude towards police work, but all of that goes by the wayside when they cross the wrong people.

The detectives trace the drug ring back to a shadow company run by ex-military mercenaries who use their training to smuggle heroin into Las Angeles. Seeing Riggs and Murtaugh as a threat to their business, the General (Ryan) orders his right-hand man Joshua (Gary Busey) to take care of the problem. Joshua and a group of mercenaries go on a rampage with the attempted murder of Riggs, the kidnapping of Murtaugh’s daughter, and the killing of her boyfriend.

The movie is entertaining and even a little funny up to this point, but the third act is where Lethal Weapon shines. It begins with The General offering to return Murtaugh’s daughter in the desert in an obvious trap, but little do The General and Josuah know, their attempted murder of Riggs didn’t go as planned and he is waiting in the wings with a sniper rifle. There is a wild action scene that could have easily been the ending of the movie, but it doesn’t end there. Riggs and Murtaugh are eventually captured and brought back to the bad guy’s secret hideout.

With their lives on the line, Riggs breaks free from his captors and saves Murtaugh and his daughter in a series of impressive action scenes. The final act culminates in a badass scene where Gibson’s Riggs and Busey’s Joshua go head to head in a fistfight where the good guy eventually comes out on top. Lethal Weapon keeps one more surprise in store before the final action sequence fades out. The movie ends on Christmas day with Riggs giving Murtaugh a significant gift showing the redemption of the character and setting up the franchise for its sequels.

It is easy to look back at Lethal Weapon as a borderline iconic action film, but at the time, nobody knew that it would turn in to what it is today. Mel Gibson already had the Mad Max films under his belt, but he was still an up and coming star. There was no way that anyone could have guessed that Murtaugh’s “I’m too old for this shit.” line would become so ingrained in pop culture that kids today who have never seen Lethal Weapon still know the line and its origins.

To fully appreciate this movie, you have to know its influence. The film gave way to three sequels and the constant swirling rumors of a fourth along with a short-lived T.V. series in the late 2010s. More importantly, Lethal Weapon set the stage in many ways for action movies that came after it. It wasn’t the first buddy-cop movie, but it was unique in the depth of its characters.

Though its details are what make this a low-key iconic film, on its surface, Lethal Weapon is a kick-ass movie and should be treated as such. Though it’s difficult to cheer for a character that is mentally ill, you can’t help but root for Riggs’ off the wall antics. There is a scene where he purposely jumps off of a building with a suicidal man handcuffed to him just to teach the guy a lesson. Mostly though, it is just fun to watch Riggs kick the crap out of every bad guy who comes within swinging distance.

This is a movie that could have been drastically different. The original script was about zombies, but it was so bad the writer scrapped it, keeping only a few elements. The second version of the script was a much darker take on the characters focusing on the military pasts of the main characters. Luckily, we got this finished version that is still dark in some aspects but has some levity to lighten the mood.  There was also a revolving door of actors considered to play the part of Riggs, including Bruce Willis who ultimately turned down the role and paved the way for Gibson to take on the character. Danny Glover was not the first choice for Murtaugh either but was chosen after a casting director suggested him for the part after seeing his performance in The Color Purple.

Whether you consider Lethal Weapon a Christmas movie or not, you don’t have to wait that long to enjoy it. It’s funny how things come together, and Lethal Weapon could have been a zombie movie starring Bruce Willis if the stars aligned a bit differently. Thankfully we got this genre classic that would serve as an inspiration to so many other action movies after it. Set aside the time to revisit this classic and appreciate a script that has aged relatively well, unlike many of its contemporaries. 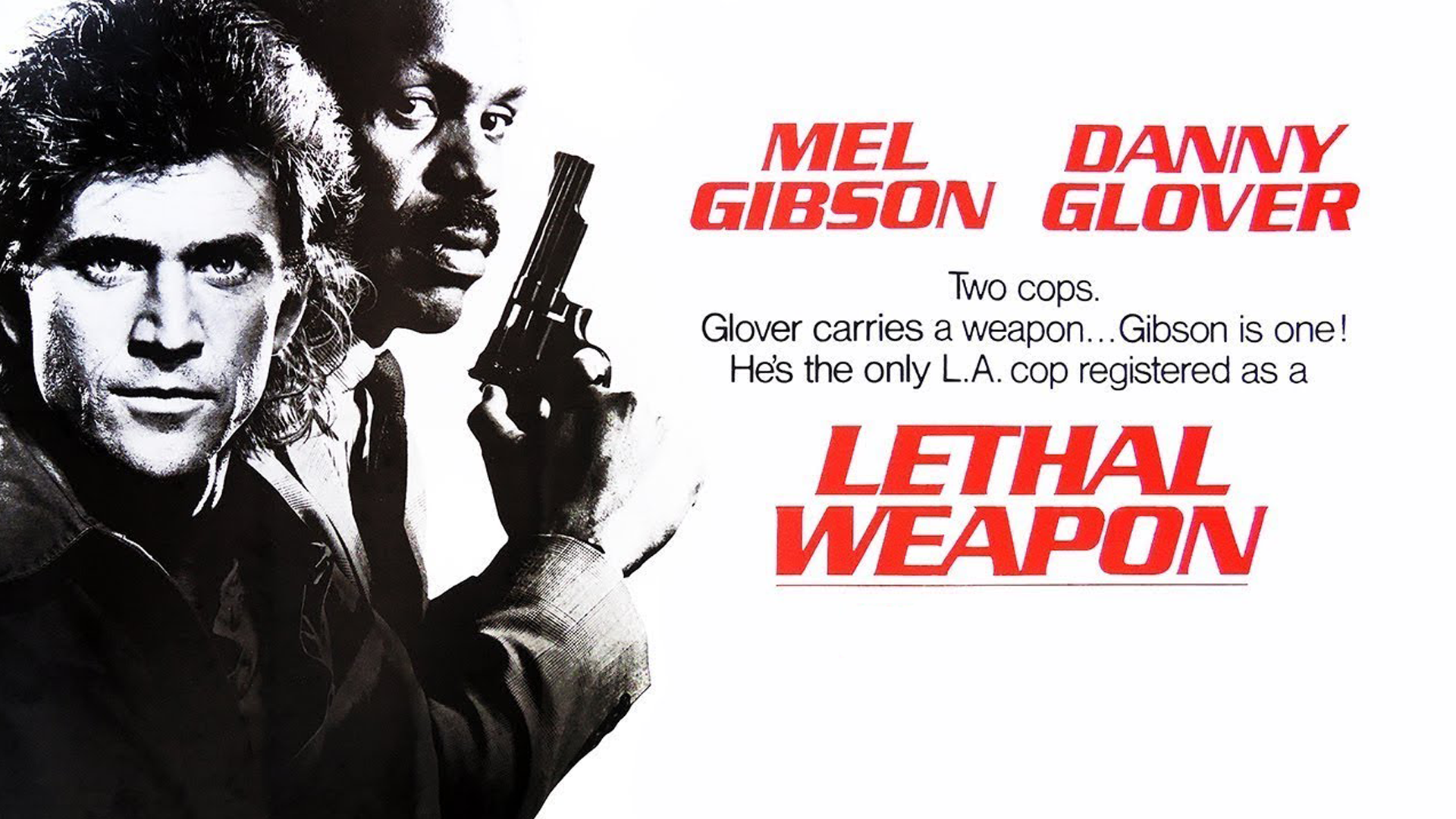