Muffy invites college friends to a remote mansion in an island for a weekend party. Suddenly, the party turns sinister and trouble escalates.

March 31, 2021 — April Fool’s Day is a little-known gem from the golden age of horror. Thanks to movies like Halloween and Friday the 13th ushering in a new era of slasher films, the 1980s was bursting with knockoff slashers.

Fans of the genre will tell you that a slasher in the 80s was a dime a dozen, and it took something special to make a scary movie stand out by the time this movie came around in 1986. What made it a fun spring flick in 1986 may have cemented it as a cult classic hall of famer. So, what made a movie about a group of young adults getting picked off on an island in New England?

The group is headed to the island for a weekend of sun and fun, but as is par for the course in films like this, those plans are derailed. It all starts when an innocent April Fool’s prank leads to the ferry’s shipmate Buck (Mike Nomad) sustaining a terrible injury. The accident sets a somber tone for the beginning of the weekend, but the group quickly recovers.

“The production value was just as good, if not better, than similar movies in that era. The scenery was fantastic, and the practical special effects were phenomenal, and for a good reason, as you come to find out in the film.”

The horrors of the accident melt away as the privileged young people enjoy a weekend full of yard games, dirty magazines, and of course, sex. Everything seems to be going swimmingly until Skip disappears and Muffy starts acting strange. As the friends start dwindling one by one, Kit and Rob are left to discover the secrets hidden in the old mansion. As they realize that they may not be the only ones on the island, they begin to wonder if the shipmate has come back for revenge or if something even more sinister is happening. As clues are discovered and the true intent of the weekend excursion is revealed, audiences are left with an intensely satisfying ending that has probably never been executed as well since.

The first noteworthy aspect of this film is that the cast was excellent – most of their stars faded after the ‘80s, but this was a powerhouse cast. Thomas F. Wilson is instantly recognizable as the Biff Tannen from the Back to the Future franchise, Amy Steel ushered in the Jason era of Friday the 13th in part two, and Deborah Foreman was in some iconic ‘80s films like Real Genius and Valley Girl. A few of them have found regular work as character actors in television and movies through the years.

The production value was just as good, if not better, than similar movies in that era. The scenery was fantastic, and the practical special effects were phenomenal, and for a good reason, as you come to find out in the film. Since every single cast member was a competent actor, the movie moves so fluidly without ever taking you out of the moment. This dynamic helps to set up the masterful ending that will catch even the most seasoned horror fans by surprise.

Some people would argue that a movie with an ending like this can only be watched once, but that is the magic of April Fool’s Day. This film is so entertaining, from the dark comedic elements to scenes that were funny even if that wasn’t their intent. Every time you watch it, you will find new clues that you missed before and subtle foreshadowing that makes more sense.

One more interesting characteristic of this film is that it is light on violence for a horror film. There are a few intense scenes, but most of the action happens off-screen, making it an excellent movie for late-night television because they could play it without edits. This led the film to its cult following as it reached more impressionable eyes and created a generation of horror fans. April Fool’s Day is an excellent starter horror film for those who have never experienced horror or those who don’t like the genre.

Do not let the name fool you, although this film is named after the first day in April it can be enjoyed any time of the year — and it should be. It may not be in the top ten of all time, but this movie is so great that it is probably in a few people’s top 10 horror films. I look forward to this time every year to revisit this horror classic in all its glory. 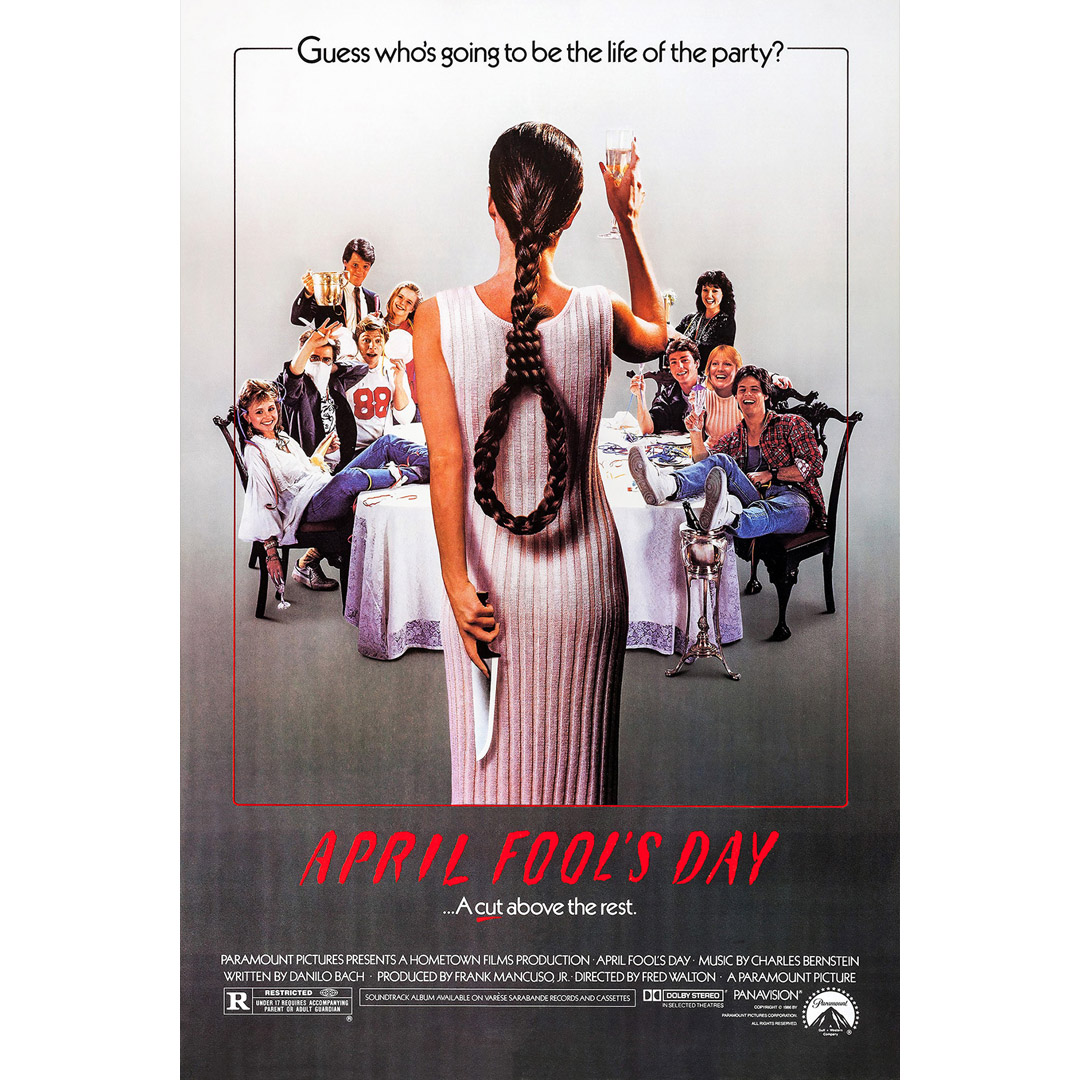