September 2, 2020 — In 1984, Arnold Schwarzenegger was nowhere near the household name that he is now. The bodybuilder already had a few mainstream hits with the Conan movies, but it wasn’t until The Terminator that he started his journey towards Hollywood royalty. The Terminator gave Arnold a chance to play the villain early in his career and let Mr. Universe show that he had some acting range and not just an impressive physique. Of course, Arnold is only one piece of the puzzle that made The Terminator a pop-culture phenomenon.

In the distant future, a war is raging between humans and machines, and the humans are finally winning. As the war rages on and the humans breach the machines’ defenses, the machines realize that their best bet to winning the war in the future is to prevent the past. John Connor leads the humans, and to win the war, the machines need to make sure that Connor never exists. To do this, they send the T-800 “Terminator”(Schwarzenegger) back in time to kill Connor’s mom Sarah (Linda Hamilton), before he is born.

Knowing the machines’ plans, Connor sends back soldier Kyle Reese (Michael Biehn) to prevent the Terminator from succeeding in his goal. While protecting Sarah, the two form a romantic bond and ultimately end up conceiving John Connor, creating one of the most interesting time paradoxes in movie history. In the ‘80s and ’90s, the probability of John Connor’s existence was a heavily debated topic at parties. While it doesn’t make much sense since Connor would have to be born before he could send Reese back, it is still an exciting idea to debate.

The film culminates with the T-800 catching up with the couple in a final showdown. We see Sarah Connor, who up until this point in the movie has played the victim, finally step into her role as the certified badass character that she is. In a memorable scene, she outsmarts her pursuer and ends her nightmare with the classic line, “You’ve been terminated.”

It makes sense that this movie is not your run of the mill action film since it was written and directed by the legendary James Cameron. Cameron’s status as a certified genius shows through in this sci-fi action film that is a little too smart for its own good. Trying to understand the intricacies of time travel and paradox is a little difficult when you are simultaneously rooting for Kyle Reese to blow some stuff up.

Cameron’s genius does not only lie within his writing; the guy it’s a technical genius as well. The Terminator uses multiple tactics to deliver some of the best special effects of that time. The ‘80s were the era of practical effects, but they were a tool in horror movies, not mainstream movies for larger audiences. Watching a Schwarzenegger (with heavy prosthetics) remove his eyeball and drop it in the sink had to have been a trip for viewers in 1984. It wouldn’t be an action movie without explosions, and Cameron delivers a few Michael Bay quality fireballs, most notably the truck explosion that strips the skin of the T-800. The one effect that I’m sure Cameron wishes he could have a redo on is the final act with the robot, which is painfully obvious stop motion. It’s so bad that it takes away from an otherwise flawless film.

There is no shortage of great actors in this film. Linda Hamilton has had her ups and downs, but there is no arguing that she is magnificent in The Terminator. We’ve already established that this film gave Arnold a chance to show that he was more than just a body. Michael Biehn and Lance Henricksen both went on to work with Cameron on his groundbreaking Aliens movie. Even the late, great Bill Paxton makes an appearance as one of the punks that the T-800 first meets when he lands in the past.

One of the things that makes The Terminator and a lot of Cameron’s library, for that matter, so unique is that it doesn’t subscribe to a single genre. If your hand was forced, you would have to call The Terminator an action movie, but it has so many elements of horror laced in it. It has a high body count, the suspense stays at heart-pounding levels, and the practical effects are pretty graphic. The Terminator is basically Michael Myers except slightly more discerning about who it kills.

This movie doesn’t have a theme song as much as it has a theme sound, but it is just as recognizable. The deep drumbeat that is similar to that of a battle drum fills you with the impending doom that the Terminator is right around the corner coming for you too. It’s so simple, and while it won’t get stuck in your head as an earworm song does, that beat is instantly recognizable and will make the hair on the back of your neck stand on end and get your blood pumping.

One of the most exciting things about classic movies that are set in the future is seeing how the vision matches reality. The Terminator envisions a future where robots have gained consciousness and are trying to destroy human presence on earth. According to Kyle Reese, the robot uprising begins in 2021, which given how 2020 has gone, it wouldn’t be too surprising. Like many future-based movies, Cameron saw a future of hovering vehicles and autonomous robots; we are getting closer to the robots, but the hovercrafts are still science fiction fodder. Unlike the Jetsons, Cameron predicted that a future full of this kind of technology would be a dystopian nightmare with unimaginable consequences.

The Terminator is one of those movies that everyone has seen, and if someone says they haven’t, you immediately give them a side-eyed glance. It is an absolute classic, but that makes sense when you think about the fact that it was brought to you by the same man who made Aliens, True Lies, Titanic, Avatar, and so many other beloved films. The Terminator had little dialogue, but actions speak louder than words, and this film solidified the fact that Arnold Schwarzenegger was not just a bodybuilder but a certified actor. In true Cameron style, he followed up this movie with Terminator2: Judgment Day, which many consider better than the original. Still, The Terminator is a classic action film that is getting close to 40 years old and yet just as enjoyable to watch today as it was in the mid-eighties. 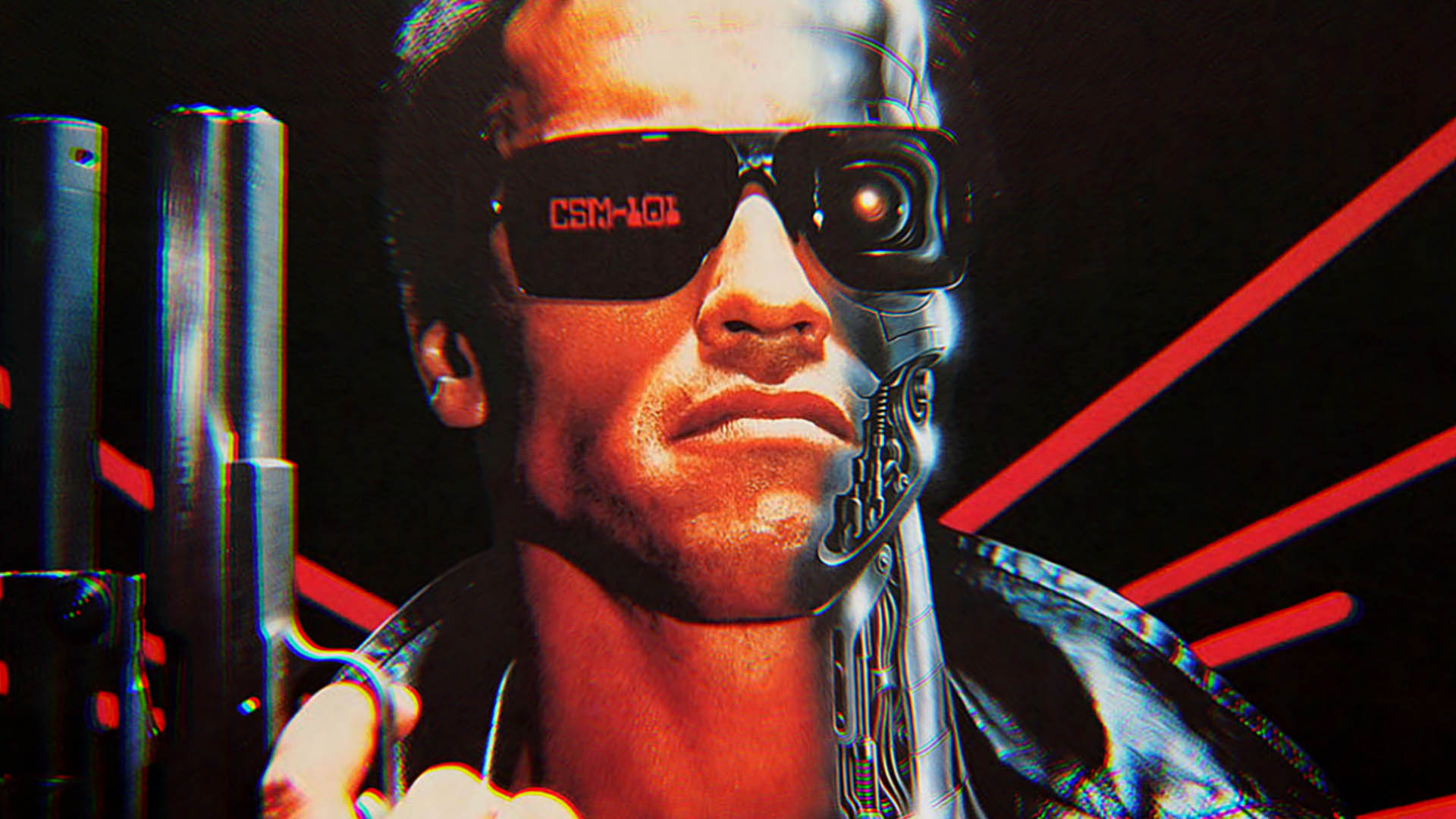