30XX has been especially applauded for its easy-to-use level editor and precise and responsive controls which has led to commercial success on Steam. This is a rare feat considering console-style retro platformers tend to struggle on the digital game store as they are almost always unable to attract a large enough fanbase to fund game development. It is a little-known fact that Steam is a graveyard to hundreds of critically acclaimed platformers with disastrously low sales numbers.

The 30XX Original Soundtrack was independently released on Spotify on February 17, 2021 by chip-tune artist Cityfires. The OST can be streamed now. In addition, the soundtrack is also available for download on Steam in a special edition version that includes two additional bonus tracks and downloadable, high-quality audio format FLAC. 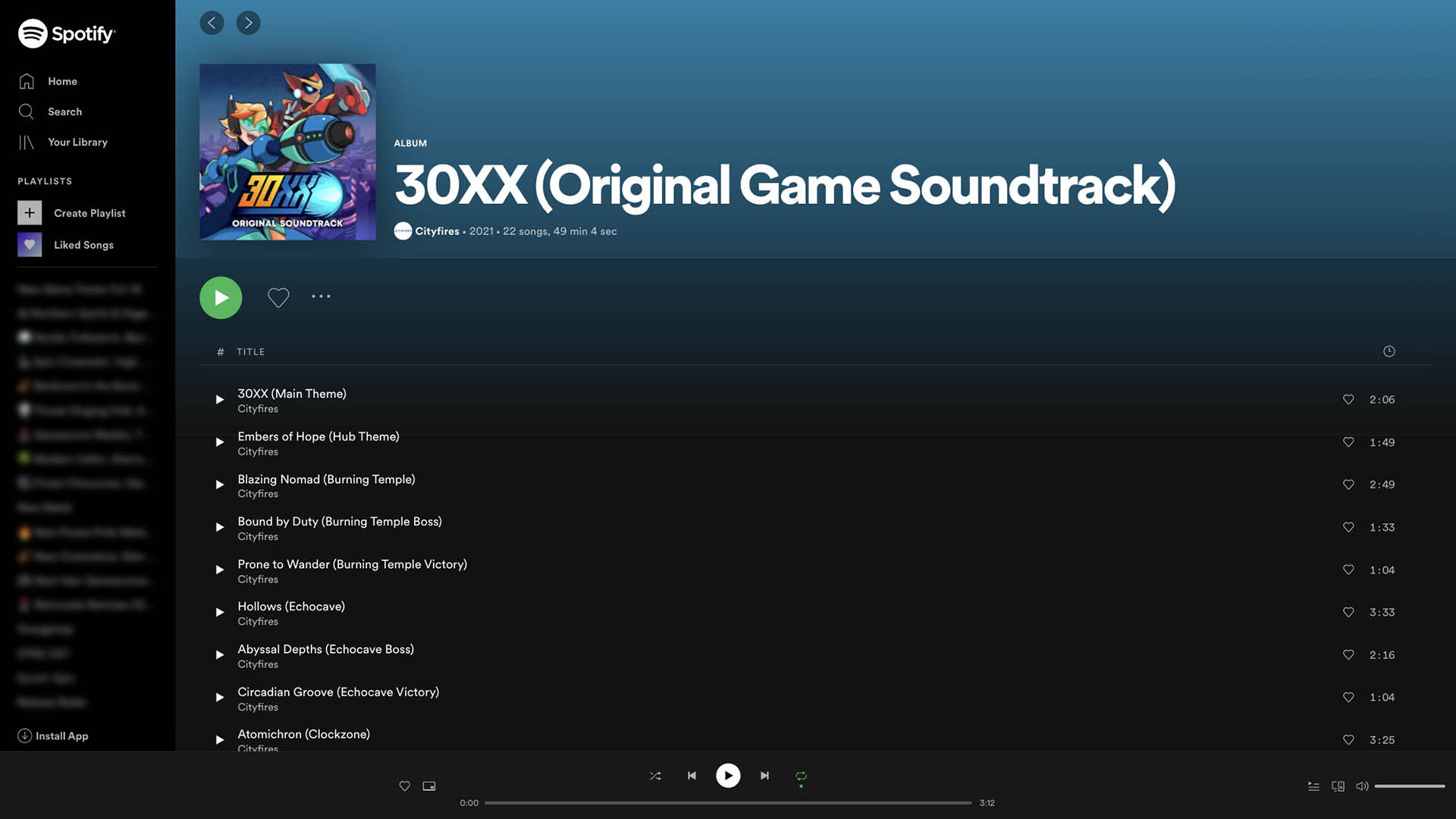