June 10, 2020 —  Jurassic Park is the kind of movie that comes along once in a generation. There is so much to appreciate about this movie even 30 years later. Some people may not realize how quotable the film is, but we’ll get to that later. The more pressing issue is that this movie is nearly perfect and set precedents that films in 2020 strive to meet. Let’s delve into the magic of Jurassic Park and appreciate how great it was then and how great it still is now.

Jurassic Park started as a novel written by the doctor-turned-novelist Michael Crichton, but it was the incomparable Steven Spielberg that brought it to the Silver Screen. These two minds together could have made a worthwhile movie on a shoestring budget, but that is not what Jurassic Park had. Instead, they had $63 million to blow, which is a lot by today’s standards, so you can imagine what you could do with that kind of money back in the early nineties.

In the film, an eccentric billionaire brings two paleontologists and an eccentric chaotician to an unfinished island theme park. What they don’t know is that it’s unlike anything they could ever dream. John Hammond (Richard Attenborough) has created an island filled with live dinosaurs using DNA from blood in mosquitoes trapped in amber. Through the magic of science, Hammond’s scientists are able to bring real-life dinosaurs back from extinction. Or, at least, theme park monsters that look like dinosaurs.

What starts as awe and excitement quickly slides downhill as Hammond’s guests realize that they didn’t just clone the gentle plant-eating giants; they also brought back vicious carnivores like the Tyrannosaurus and Velociraptor. While this discovery is startling, they remain intrigued by the island. Curiosity and the greed of a park employee, unfortunately, gets the better of the group, and they get stranded in the park during a tropical storm. To make matters worse, power is cut to the park, allowing the dinosaurs to escape their enclosures.

The third act of the movie pays off in every way imaginable. As soon a the dinos leave their enclosures, chaos ensues, and not everyone makes it out alive. While viewers probably think that a loose Tyrannosaurus is the biggest threat, Dr. Grant (Sam Neill) has been saying from the beginning that it is the Velociraptors that should be feared the most. This becomes evident in the infamous kitchen scene, which is arguably the best scene in the film and maybe one of the best movie sequences of all time. Both animals give the island visitors a run for their money, and it all culminates in a climactic battle that allows the survivors to escape.

The mark of any good movie is scenes that are so good people want to quote the lines and relive them for years to come. Jurassic Park is full of those scenes with one coming right after the other in rapid-fire. Almost everything that Dr. Ian Malcolm (Jeff Goldblum) says is quotable, but when he dryly says, “when you gotta go, you gotta go.” about the chickenhearted lawyer, played by Martin Ferrero, who runs to the bathroom during the T-Rex attack, it cut the tension in an otherwise tense scene. Perhaps the most quoted line in the whole movie is when Robert Muldoon (Bob Peck), the park’s game warden, realizes that he has been lured into an ambush by the Velociraptors. With a simple, “clever girl,” he concedes that he fell into a trap Grant foreshadowed early in the film. Both lines I still say too often to this day.

The memorable scenes were not only those with dialogue, either. Fans loved watching the T-Rex gobble up the lawyer, and when Dr. Grant silently turns Dr. Ellie Sattler’s (Laura Dern) head to witness living dinosaurs for the first time, no words were needed. One more scene that had little dialogue but shocked the audience is when Dr. Sattler thought she had found John Arnold (Samuel L. Jackson) safe only to quickly realize that she was holding his severed arm.

This movie could have survived on the writing and acting alone, but it didn’t stop there. The film was, and still is in many respects, a visual masterpiece. Even though it was made in the early 90s, the CGI is better than a lot of movies that are released today. Thanks to the work of Stan Winston, Phil Tippett, Michael Lantieri, Dennis Muren, and their team, the film walked away with an Academy Award for visual effects. Part CGI and part animatronic, the T-Rex alone was something that gave a generation of kids – and adults who were willing to admit it – nightmares.

An often overlooked part of a movie is the audio, and Jurassic Park is a master class in how to use audio to your advantage. To start with, sound editors used a mixture of animal noises to create how a dinosaur would sound. For instance, the T-Rex was a mixture of dog, penguin, alligator, tiger, and elephant sounds. The roar is so iconic that almost anyone who grew up in the 90s could tell you what it was if they heard it. The sound has also been mimicked for most large movie monsters ever since. The T. Rex roar is cool, but there is a much more critical sound in this film. John Williams’ main theme is an underappreciated masterpiece that will get stuck in your head for days. I find myself whistling it out of nowhere all the time.  Of course, Spielberg used it at just the right moments to make certain scenes even more striking and grandiose than they already were.

Like most good movies, Jurassic Park spawned a few sequels, but that was not the end of the story for this iconic brand. After a few mediocre sequels, the original trilogy and its characters seemed destined to live on as childhood memories, but then something big happened. The entire franchise was reinvigorated with Jurassic World, an updated movie with a fully functional updated park. The reboot has spawned two sequels of its own, the last of which is reuniting much of the original cast of Jurassic Park for the first time since 1993.

Jurassic Park wasn’t just another 90s monster movie. It is still just as exhilarating today as it was when it released. Everything about this film is iconic from the music to the cast, and of course, the dinosaurs. Jurassic Park is truly a criterion movie that has a little something for everyone. 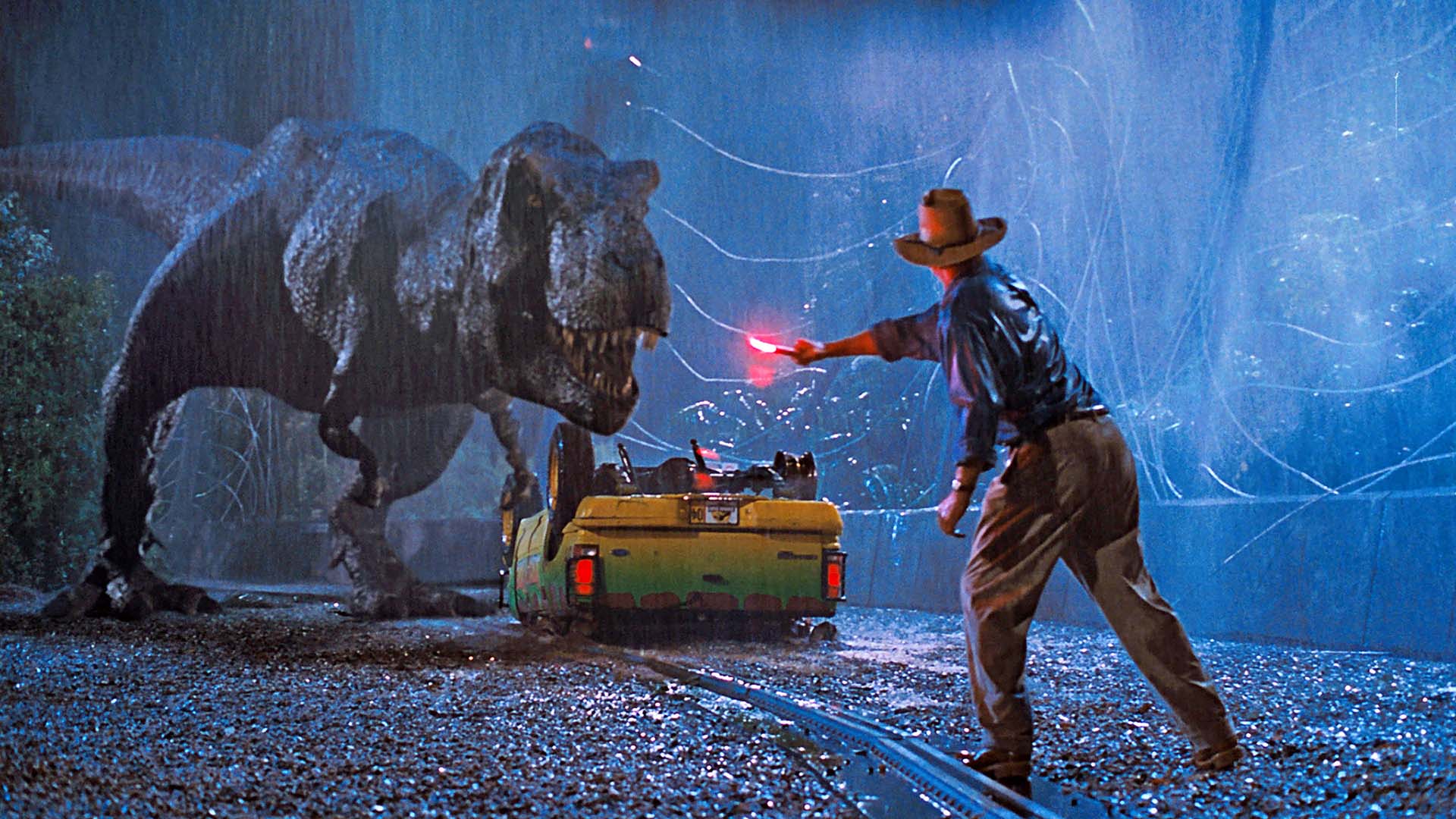