Marvel, Midway, Capcom, Atari, and Namco Bandai are behind a series of new 12-game arcade cabinets featuring titles from the early era of arcade gaming.

In three separate announcements, Arcade1Up revealed the upcoming release of four ‘Legacy Edition’ cabinets, revealed a tabletop arcade game from a beloved label, and showcased one unit dedicated to a duo of 1981 classics. In other words, we have a bit to cover in this Yestermade™ arcade roundup, so be forewarned. It’s all going to leave you wanting to break out your wallet.

Atari, Capcom, Midway, and Bandai Namco are behind a quartet of Arcade1Up ‘Legacy Edition’ cabinets that compile together some of the best arcade titles from the heyday of gaming. Each developer-specific cabinet features a unique array of games pulled from that developer’s library of iconic releases. Titles like Street Fighter II, Mortal Kombat 3, Joust, Asteroids Deluxe, and Super Pac-Man are just a small selection of the 12 memorable titles on each machine.

The cabinets stand 45.8-inch high and come equipped with a 17-inch color LCD screen, light-up marquee, printed coin door kickplate, and a 12-inch custom riser. Every cabinet also supports coinless operation, adjustable volume, and an anti-tip safety feature for extra security around teacup gamers. While not exact replicas of a commercial-grade arcade cabinet, Arcade1Up has finely crafted these replica units to create an arcade atmosphere right in the comfort of your own home. 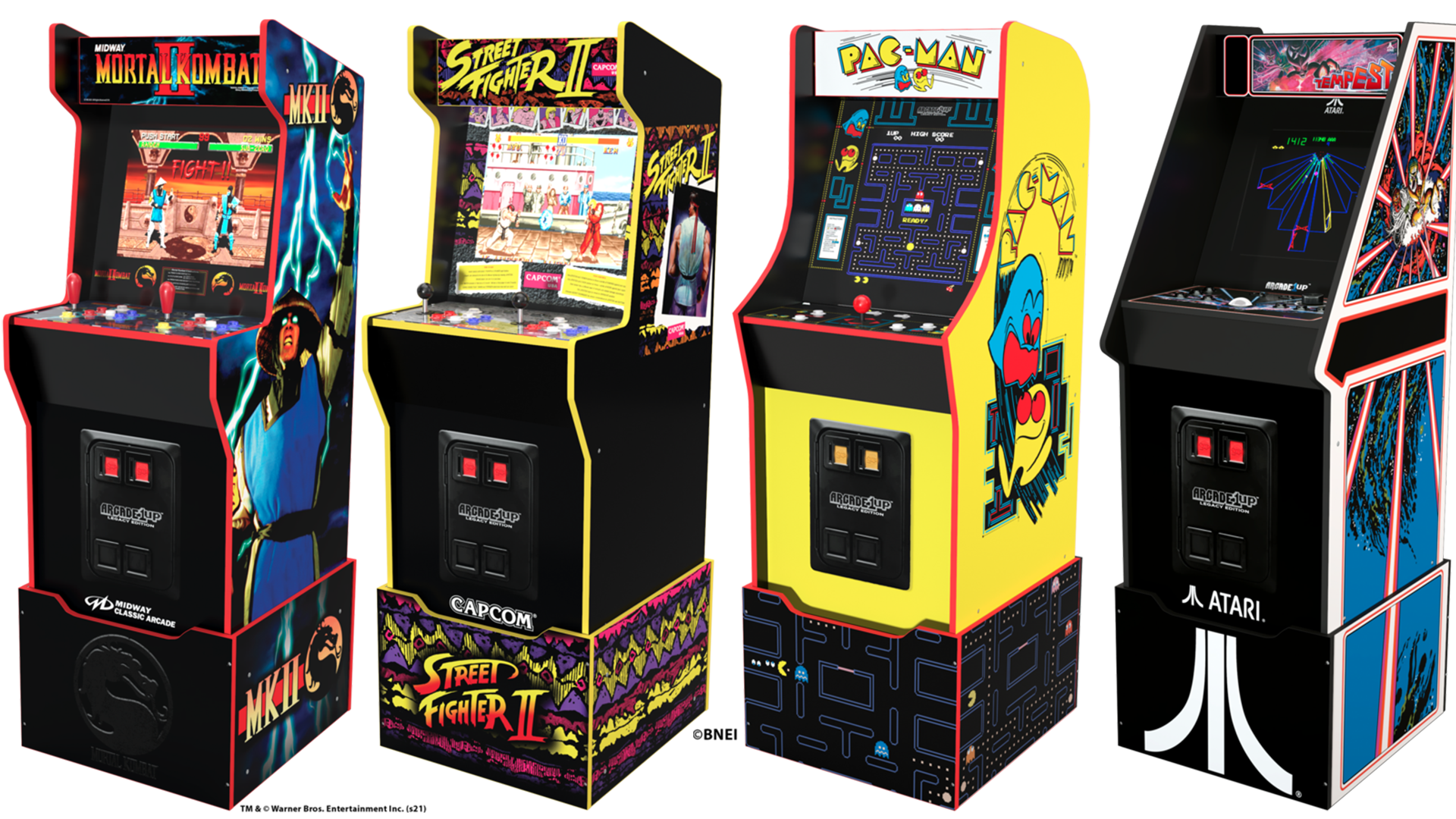 The ‘Legacy Edition’ cabinets retail for $449.99, a relatively reasonable price considering their robust offerings. Sure, you can likely find every title for free or incredibly cheap in a digital store, but it’s the experience of greasy buttons and standing side-by-side with your besties that you’re really buying. That, and being the ‘cool’ person on the block with their own arcade.

For the Marvel fan not looking for the full arcade experience, Arcade1Up is releasing the Marvel Super Heroes 2-Player Countercade. This 14.57-inch wide and 20.08-inch high unit is similar to traditional arcade cabinets, with joysticks and colorful buttons lining a printed panel. The biggest difference? It’s missing the entire bottom half. 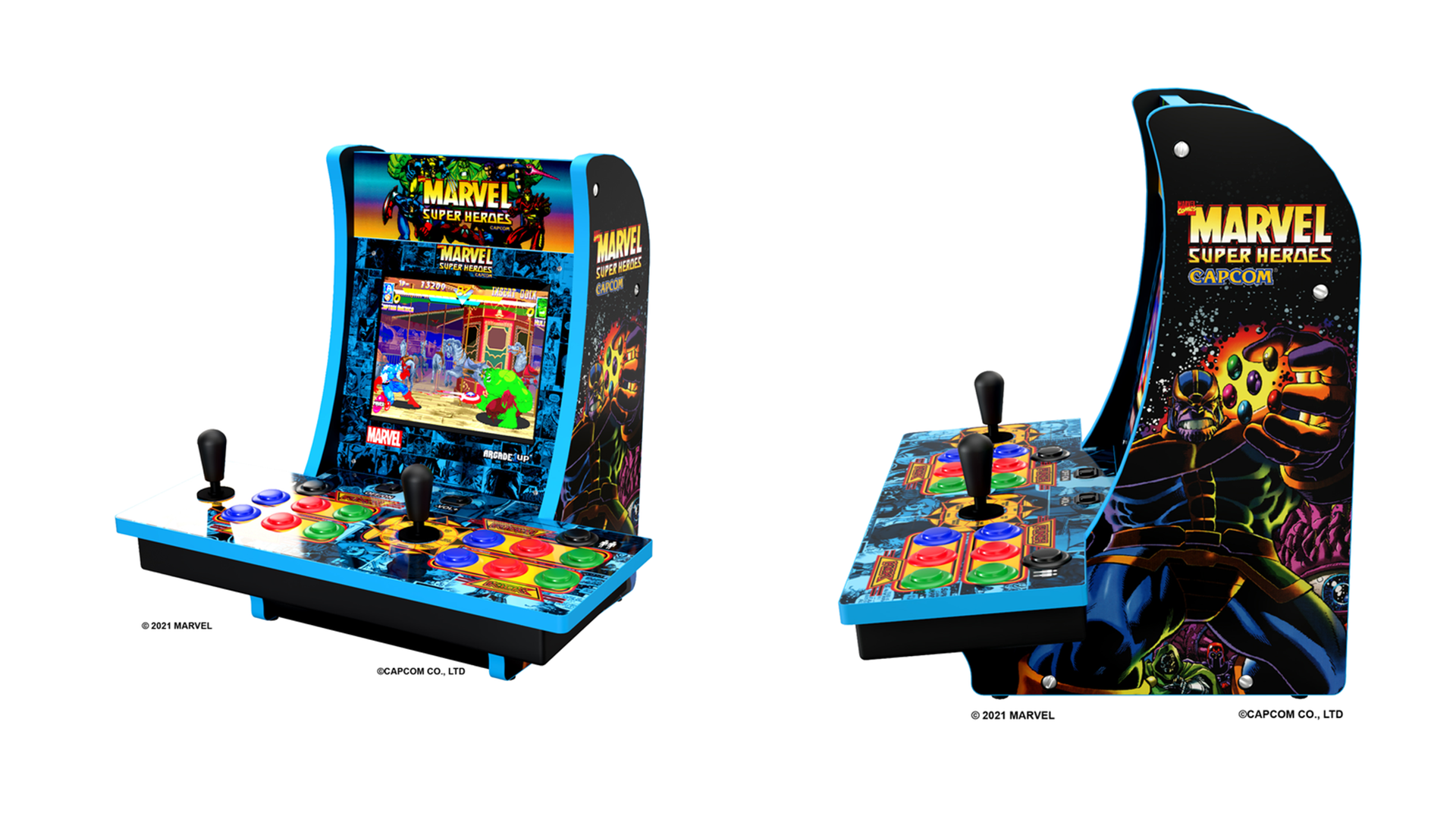 The Countercade is a tabletop arcade machine made for two players aka co-op. Four classic Marvel titles are built into the unit and playable on the 8-inch LCD screen. Without needing a coin, players can dive right into Marvel Super Heroes, X-Men vs. Street Fighter, The Punisher, and Marvel vs. Capcom alone or with a friend. Like the larger units from Arcade1Up, this countertop unit is designed with adjustable variable volume so you can play without disturbing the household.

Arcade1Up Revisits the Class of ‘81

For those old enough to remember the gaming delights of 1981, Ms. Pac-Man and Galaga are likely two games that swallowed up many quarters. Thankfully, they’re going coinless in this mashup cabinet that features both titles plus Rompers, Tower of Druaga, Rolling Thunder, and more. 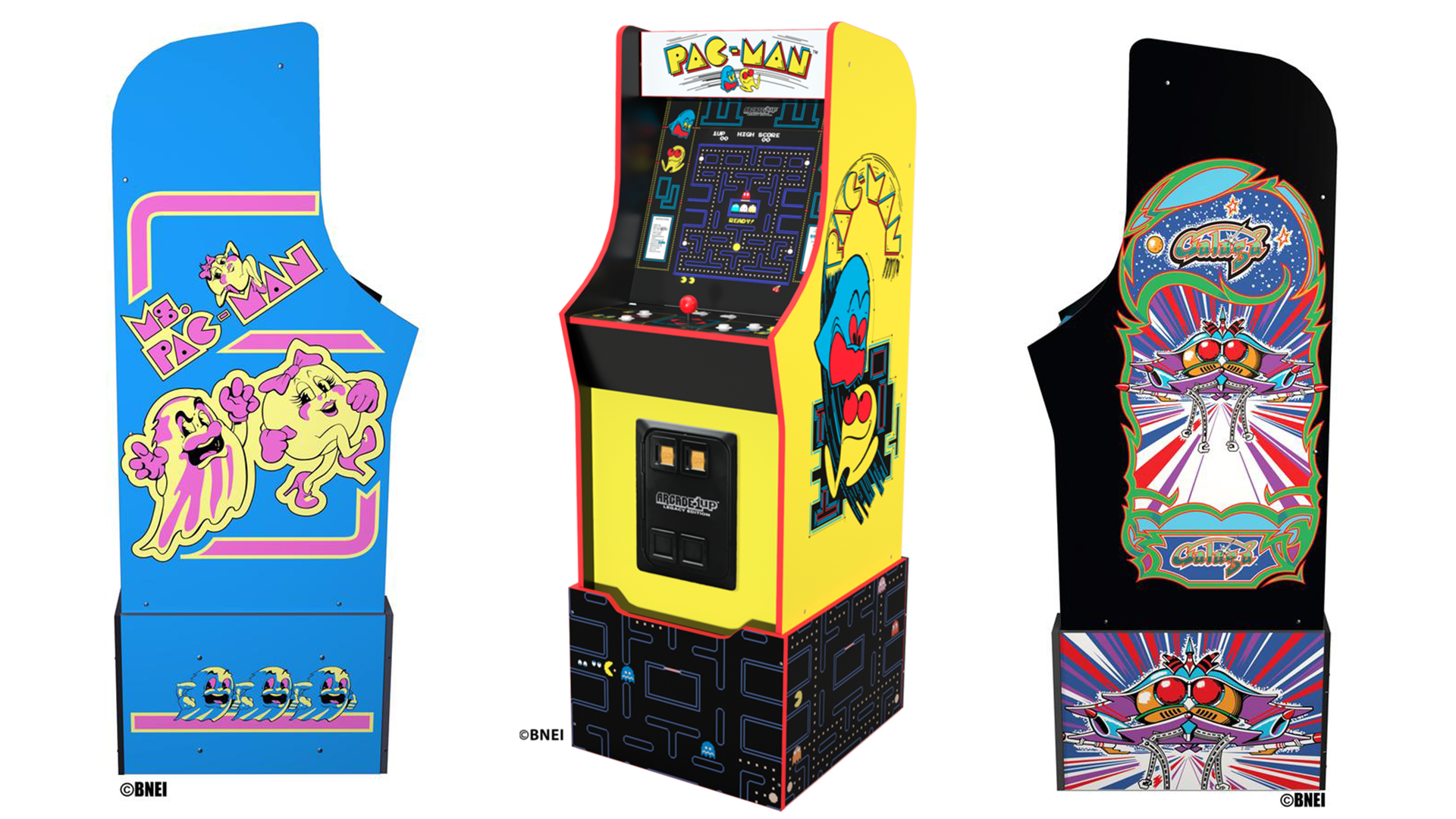 The ‘Class of ‘81’ arcade cabinet retails for $599.99, comes jam-packed with 12 titles, ships with a printed riser, and features Arcade1Up’s signature craftsmanship. The cabinet also connects via WiFi to leaderboards so you can showcase your latest high score.

Pre-orders are currently open for a mid-October release of this machine.

The streets of Ikebukuro were lined with heavy hearts on September 20 when Sega closed the legendary Sega Ikebukuro Gigo arcade. After 28 years of serving the community, the wildly popular location was forced to shut down, the manager stated in a speech to the crowd. Despite the worldwide effects of COVID, the manager assured the closure had nothing to do with the virus. Both Famitsu and Kotaku earlier reported that Sega Ikebukuro Gigo was being pushed out due to building renovations after the lease expired. 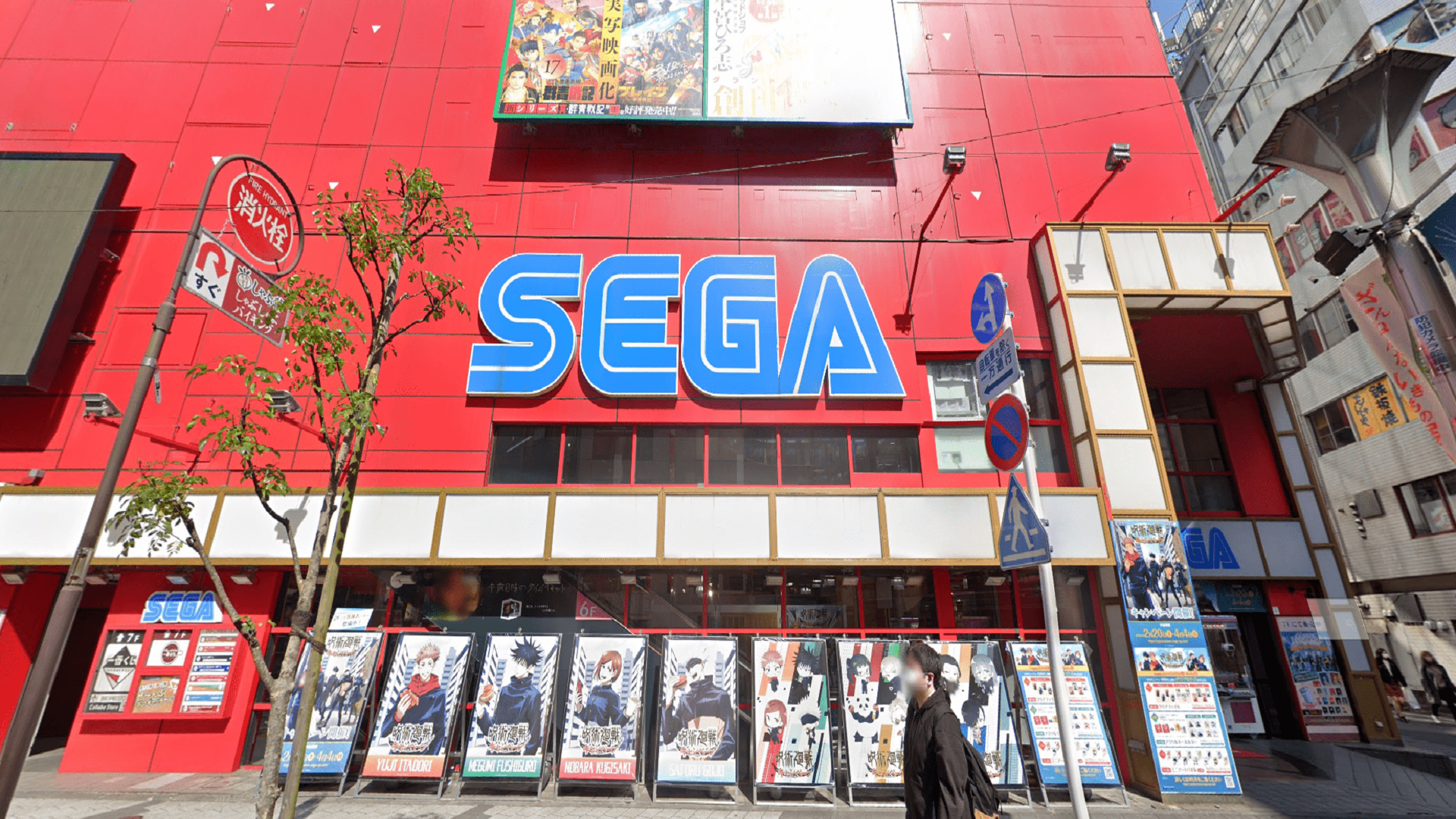 Over its nearly three decades in business, the arcade became a landmark of the Toshima City entertainment district. The multilevel arcade was full of cabinets, including a whole floor dedicated to prize-winning claw machines and a host of different photo booths.

Though there are currently no plans of relocating the arcade, the manager gave hope for a potential return in the future. “If we could have, I wanted to go on operating the arcade, right here, forever…” he stated during his announcement to the crowd. “We will be working hard so that one day we can put up the Sega sign in Ikebukuro again…”