May 22, 2020 —  Beverly Hills Cop is a 1984 American action comedy film directed by Martin Brest, written by Daniel Petrie Jr. and starring Eddie Murphy as Axel Foley, a street-smart Detroit cop who visits Beverly Hills, California to solve the murder of his best friend.

Fresh off of what is considered one of the best stand-up comedy sets of all time, Eddie Murphy solidified himself as a star in 1983. Stars need vehicles, and Murphy found one in 1984’s Beverly Hills Cop. What was probably thought of at the time as just another 80’s buddy cop movie turned into an iconic film that only helped to launch Murphy into stardom. Was it the hilarious lead that made this movie so fun? Or maybe the supporting cast? Possibly it was a combination of factors that makes Beverly Hills Cop just as fun today as it was 35 years ago.

The first thing to consider is that this role was never meant for Murphy. It was initially written for Sylvester Stallone and had to be heavily restructured for Murphy for some obvious and not so obvious reasons. Though it was always meant to be a comedy film, Beverly Hills Cop bounced around all of the Hollywood tough guys at the time before Murphy eventually landed the role. The basis for movie is pretty generic, especially for a time when action comedies were reaching the height of their popularity. Still, Murphy’s charisma and comedic charm managed to make this one of the highest-grossing R-rated movies of all time.

Axel Foley (Murphy) is an ex-troublemaker-turned-Detroit cop who reconnects with a ghost from his past currently working in Beverly Hills. After a night of debauchery, Foley and his old friend return to his apartment only to be jumped by a couple of goons that knock Foley unconscious and execute his friend in the apartment hallway. Not one to sit on the sidelines, Foley takes a vacation from the Detroit PD and finds himself in Beverly Hills investigating his friend’s death as a civilian.

Foley soon finds that he is out of his element with a police department that does everything by the book and an underground drug trafficking operation that no one believes is real. To avenge his friend’s death and bring a drug smuggling businessman to justice, Foley has to outsmart the local authorities while conducting a dangerous investigation in a town and a culture that has him way out of his depth. It isn’t until Foley foils an attempted robbery at a strip club that he gains the respect and reluctant aide of the two detectives that have been assigned to watch over him.

Even with a little leeway, Foley still has to find a way to prove that a prominent art dealer in Beverly Hills is a drug smuggler. Through tough police work and trusting his gut, he proves his theory right, but not until he gets someone close to him abducted. This kidnapping leads to the dramatic third act where we see bullets and one-liners fly side-by-side. Of course, our heroes win in the end, although a few of them are a little worse for wear. Beverley Hills Cop finishes up nicely with a few feel-good moments and a wink from Axel Foley before freezing on Eddie Murphy’s unmistakable smile.

Though he was pretty far down the list of actors meant to play Axel, this movie would not have worked if it wasn’t for the charisma of Eddie Murphy. He manages to walk this perfect line between a sincere policeman who wants to do good and an ex-trouble maker who is willing to bend the rules to get things done. Murphy’s infectious laugh and smile tie it all together to make it believable. Though he had already gained a fair amount of fame between Saturday Night Live and the Delirious tour, Beverly Hills Cop was one of the first times Murphy got to showcase his acting chops in a leading role.

This movie certainly benefited from its supporting cast of characters, from the bumbling Billy Rosewood played by the endearing Judge Reinhold to the sassy Serge played by Bronson Pinchot. Rosewood and Taggart (John Ashton) are two by-the-book cops assigned to keep Foley out of trouble. The two start out pretty hardnosed, but by the end of the movie, they have been transformed by Foley’s charm. These two were cast after their chemistry and improvisational skills set them apart from others auditioning for the roles. The two were told to improvise a scene, and they did such a great job that their improvised scene eventually became the stakeout scene in the finished movie.

Taggart and Rosewood are key characters in the movie, but there is one character that stands out almost as much as Foley himself. A fan favorite of the film who didn’t get enough screen time was Serge, the art gallery assistant with fantastic comedic timing and a touch of biting sarcasm. All of these supporting actors let Murphy do what he does best and play off the energy of the scene, creating unmatched onscreen chemistry that grows as the movie progresses.

You can’t talk about Beverly Hills Cop without talking about the iconic theme music of the film. That synth rhythm is so catchy, and anywhere you go, you will immediately recognize the Beverly Hills Cop theme. The official name of the song created by Harold Faltermeyer is called Axel F after the film’s main character. The song is heavily featured in multiple scenes of the movie and will get stuck in your head for days.

For all of its charm, Beverly Hills Cop is a product of the time, and some of the jokes would never make it to the screen in today’s climate. This is nothing new with older movies and is part of their appeal. They are like a time capsule that shows what was deemed appropriate at that time, and there is no shortage of outdated ideas and stereotypes in this movie.

Beverly Hills Cop spawned two sequels and remains an iconic action-comedy that other movies aspire to be. From the bananas in the tailpipe to the dramatic final sequence, this movie entertains audiences in a variety of ways. There are ongoing talks about bringing Axel Foley out of retirement for one more ride, and fans of the original film would love to see that come to fruition. Until then, we still have the original that has brought us so much joy over the years. 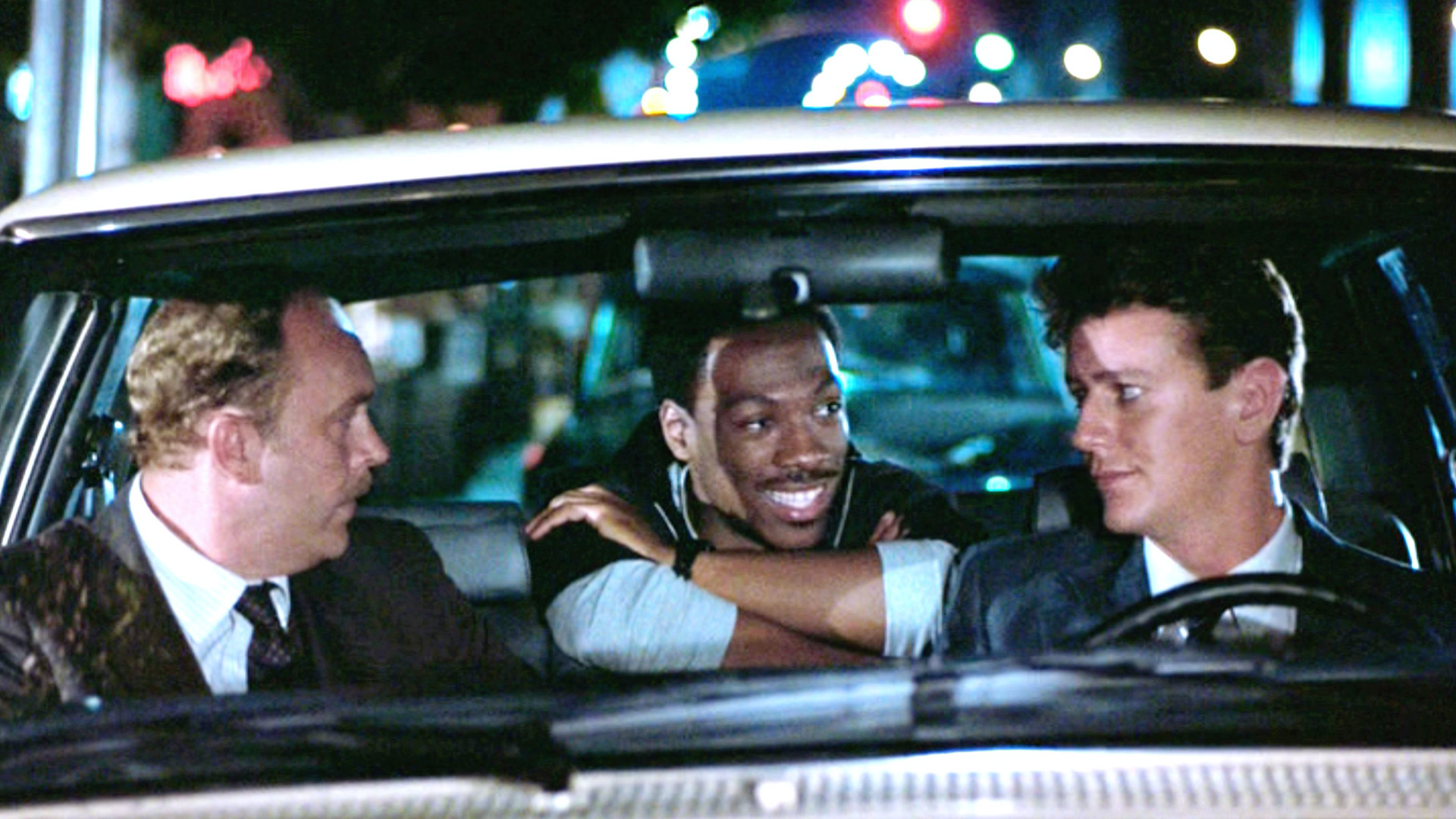