If you follow the paralleled careers of Arnold Schwarzenegger and Sylvester Stallone, you may notice what sets the two apart — Stallone’s action roles in the ‘80s were distinctively cornier than Schwarzenegger’s.

September 15, 2020 — While Cobra is far from a comedy film, the aura of this movie is cheesier than it should be. Still, it is a cult classic. And when you look past terrible dialogue, which includes gems like “You’re a disease, and I’m the cure,” this film is a whole lot of fun.

Cobra (Sylvester Stallone) is part of an elite squad called the Zombie Squad, which is pretty much a group of lone-wolf SWAT officers. He’s the guy they call when they have no other options, and he always gets the job done. Though they never give a background for the badass Cobram other than that his real name is Marion. While similar characters are usually given an ex-military background, Cobra just seems to be a tough-on-crime cop that the uniformed officers don’t like for some unknown reason.

When Ingrid (Brigitte Nielsen) comes to Cobra as the only person who can describe the sadistic Night Slasher (Brian Thompson), he makes it his mission to keep her safe. To do this, he whisks her out of town with his partner, Gonzales (Reni Santoni), and another officer (Lee Garlington). Unbeknownst to the detectives, their third wheel is part of the Night Slasher gang of sadistic followers, and she gives away their position to the madman and his army.

Up until the third act, the movie seems to meander along, always moving the story forward but never in any exciting fashion. When the Night Slasher and his crew get to the hotel that Cobra and Ingrid are holed up in, all hell breaks looks, and that slow pace turns into a full-on sprint. Cobra is a one-person army complete with heavy weaponry and even a few grenades for good measure, which he uses to pick off the bad guys one by one.

The movie climaxes in a non-descript ‘80s factory complete with fire, sparks, and wet pipes. After Cobra dispatches the rest of the Night Slasher’s army, he goes toe-to-toe with the menace himself. The two exchange blows until Cobra eventually lifts the bad guy onto a meat hook and sends him off. The film wraps up with Cobra punching Detective Monte (Andrew Robinson) in the face and riding off into the sunset on a motorcycle with Ingrid while John Cafferty’s “Voice of America’s Sons” plays. Original plans were to have a twist where Detective Monte was the real Night Slasher, which is how the film feels, but they ultimately scrapped that idea for a more traditional action-packed ending.

Cobra is a cocky tough guy, but it sounds like he was an embodiment of Stallone at that time. Rumors are that no one was allowed to talk to Stallone on set. He also reportedly hijacked directorial duties from the credited director, George P. Cosmatos. It was widely seen as a vanity project for Stallone as he took a lot of the elements he had written for Beverly Hills Cop and polished them to create Cobra after the Beverly Hills Cop role ultimately went to Eddie Murphy.

Don’t get me wrong. Cobra is not a bad movie. In fact, if you love ‘80s action movies, it will be right up your alley. But it’s far from perfect. The dialogue in this film is never great, but sometimes it is downright silly. Apart from the disease/cure line, in the same scene, the bad guy threatens to “blow the whole place up,” to which Cobra replies, “Go ahead, I don’t shop here.” Then there is the final fight scene where Brian Thompson’s Night Slasher says the word “pig” entirely too much. Almost every interaction with Cobra is a setup line with a cheesy follow-up.

It’s not just the dialogue that is silly in this definitely-not-a-comedy movie. There is so much product placement in this film it would make Return of the Killer Tomatoes jealous. Pepsi, Coke, Coors, and Miller take a supporting role throughout the film. There’s even a close-up of Cobra drinking a Coke takes up more frames than it should have. There is also a scene where Cobra turns on the TV in the middle of a Toys ‘R Us ad. They also accidentally bring visual gags into the mix. Perhaps the most puzzling scene in the entire movie is when Ingrid is drowning her French fries in ketchup. It goes on for so long, which will leave you questioning the legitimacy of the whole film. Luckily, this is an action movie, so you already expect to suspend disbelief.

One of the coolest parts of this movie is Cobra’s retro (even for that time) 1950 Mercury Monterrey. The car belonged to star Sylvester Stallone and gave the otherwise generic ‘80s action movie a noir flair. Unfortunately, the car doesn’t make it through the entire movie. Thankfully, Stallone didn’t donate his classic to get mangled. They made replicas for the scene where the car meets its untimely demise.

As with everything about Cobra, the soundtrack is all over the place. It starts heavy with power ballads like “Feel the Heat” by Jean Beauvoir and “Angel of the City” by Robert Tepper. At one point, they slip in some Latin sound with “Suave” by the Miami Sound Machine, but then they finish it up with Cafferty’s “Voice of America’s Sons”, which is blue-collar rock and a much different tone than the rest of the soundtrack.

This review may sound critical, but it is not intended to detract from Cobra’s better qualities. It is what it is: a flawed action film that is goofier than it should be. But that’s okay. It gives you everything you want out of an action flick. Bullets fly, explosions are big, and there’s plenty of hand-to-hand combat. Cobra has maintained a cult following over the years. With Stallone ready to hang up the gloves with Rocky and Rambo having seen his last blood, maybe the actor will revisit Cobra and give fans the sequel they’ve always wanted. 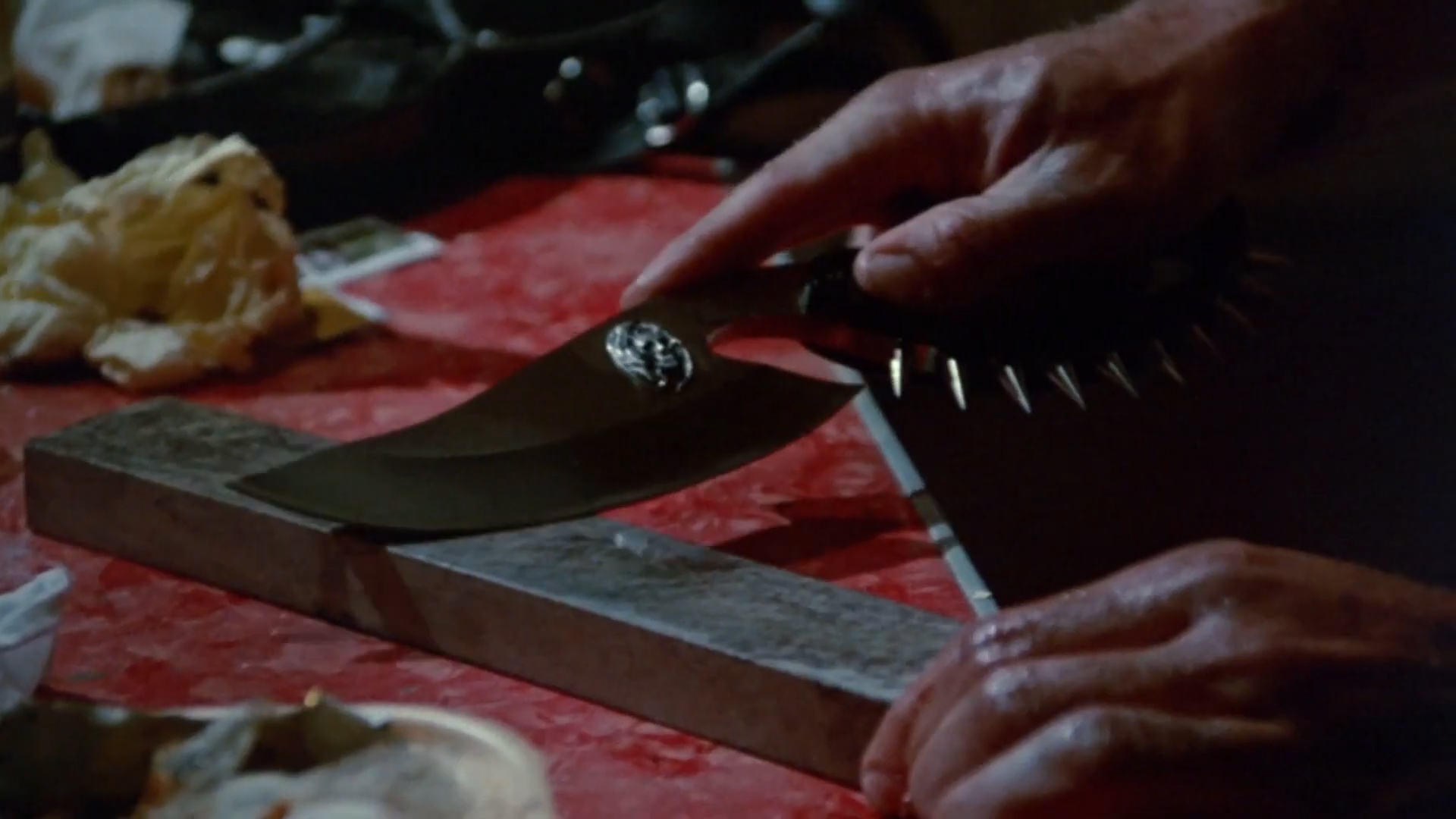