Did you know Eddie Murphy helped write the story for Coming to America? When the movie released, Eddie Murphy was already a household name.

December 2, 2020 — Eddie Murphy quickly transitioned to movies after a successful run on Saturday Night Live. By 1988, he had already starred in classics like 48 hours, Beverly Hills Cop, The Golden Child, and Trading Places.

His career was already on an upward trajectory by the time Coming to America came around. However, one could argue it was this film that would shape Murphy’s career moving forward. The story begins with Prince Akeem (Eddie Murphy) as the heir to the throne of Zamunda — a fictional country based on a Richard Pryor stand-up routine, featuring a tribe of the same name. Unlike most stories of royalty, where the spoiled prince must learn a lesson, this tale starts with a down-to-earth Prince who is tired of the pampered life. Rejecting his parents’ idea of marrying him off to a stranger. Akeem does not want a trophy wife; he wants a companion, and he knows that he will only get a servant if he doesn’t choose a wife himself. With a plan in mind, Akeem flees to America with his sidekick Semmi (Arsenio Hall).

Much to the disapproval of Semmi, the prince wants to live as an average New Yorker in Queens. Instead of having the inherent privilege of his birthrights dictate his lifestyle. This urge to live a simpler life lands them in a rat-infested apartment over a barbershop. The two quickly get to work looking for a suitable love interest but strike out time after time with every unusual woman they find at the bars in Queens. Growing frustrated with his results, Akeem asks the barber from the barbershop below his apartment where to find a nice girl. With the barber’s advice setting him on a whole new path. After attending a rally, and becoming smitten with one of the speakers there, Akeem and Semmi acquire jobs at her father’s fast-food restaurant.

Although he doesn’t want his new crush Lisa (Shari Headly), to know his true identity, he cannot help but let the truth slip out occasionally. One of the most memorable moments in the movie is when Akeem takes down a would-be robber (Samuel L. Jackson) using a mop handle. What happens next is a special easter egg scene that those who have seen the movie Trading Places would understand. Akeem gives a couple of homeless men “some pocket change”, which causes them to exclaim “We’re back!”. These men are none other than the Duke Brothers. Ruined by Murphy’s character Billy Ray Valentine in Trading Places. Which at the same time makes it clear that he gave them a substantial amount of money.

The third act is a somewhat contrived plot found commonly in the 1980s; Lisa finds out the truth about the Prince’s royalty and is mad at Akeem for not being honest with her. Her anger made worse by Akeem’s father (James Earl Jones). Who shows up to give Lisa half-truths about Akeem and his reason for being in America. Lisa storms off before Akeem can talk to her, but with his mother’s blessing, the prince sets off to find her and convince Lisa of his genuine love for her. Finding her in the subway. Yet even after renouncing the throne in front of the bystanders watching, Lisa still pushes him away.

Defeated, Akeem and Semmi return to Zamunda to accept their fates in a convincingly depressing scene, but the movie has one more surprise in store. The final act of the film sees Akeem standing at the alter waiting for his bride to be. Believing her to be the woman he was supposed to marry to at the film’s opening (Vanessa Bell Calloway). However, his parents have secretly brought Lisa with them to marry him instead. The end of the film sees Akeem and Lisa celebrating their new marriage. With Akeem reaffirming he’d still be willing to give up the crown to make her happy. After a moment of thought, she proudly accepts the wealth, and they live happily ever after in the comfort of royalty.

There are many reasons why Coming to America broke the mold of the 80s, and still does even now. The concept of a profoundly humble prince, and the twist ending were unique in 1988. What really broke the mold, and possibly cemented Murphy’s career was both the actor — along with Arsenio Hall — playing multiple parts in the film. Using makeup and camera angles to have Murphy play various roles in a movie would eventually become one of Murphy’s calling cards.

What stands out about this movie is that it is surprisingly politically correct by today’s standards. It isn’t perfect, but it doesn’t play into many stereotypes either. The entire plot of the movie is also about treating women like equals and not servants. Another interesting takeaway is Murphy’s subdued performance here. Choosing to stifle his usual flamboyant nature in return for a level-headed Prince Akeem. Apart from a few comedy tropes like the second act conflict, Coming to America does an excellent job steering clear of what could have easily become a cookie-cutter film.

This particular motion picture has aged well. Although most younger moviegoers wouldn’t be able to tell you what the flick is about, or even put it in a list of Murphy movies. However, that will probably change soon. Since a significant number of the original cast recently reunited to make a sequel due out next year. It will be interesting to see if Murphy and company can recapture the original film’s magic. Hopefully avoiding being a quick money grab sequel that is thirty years too late. 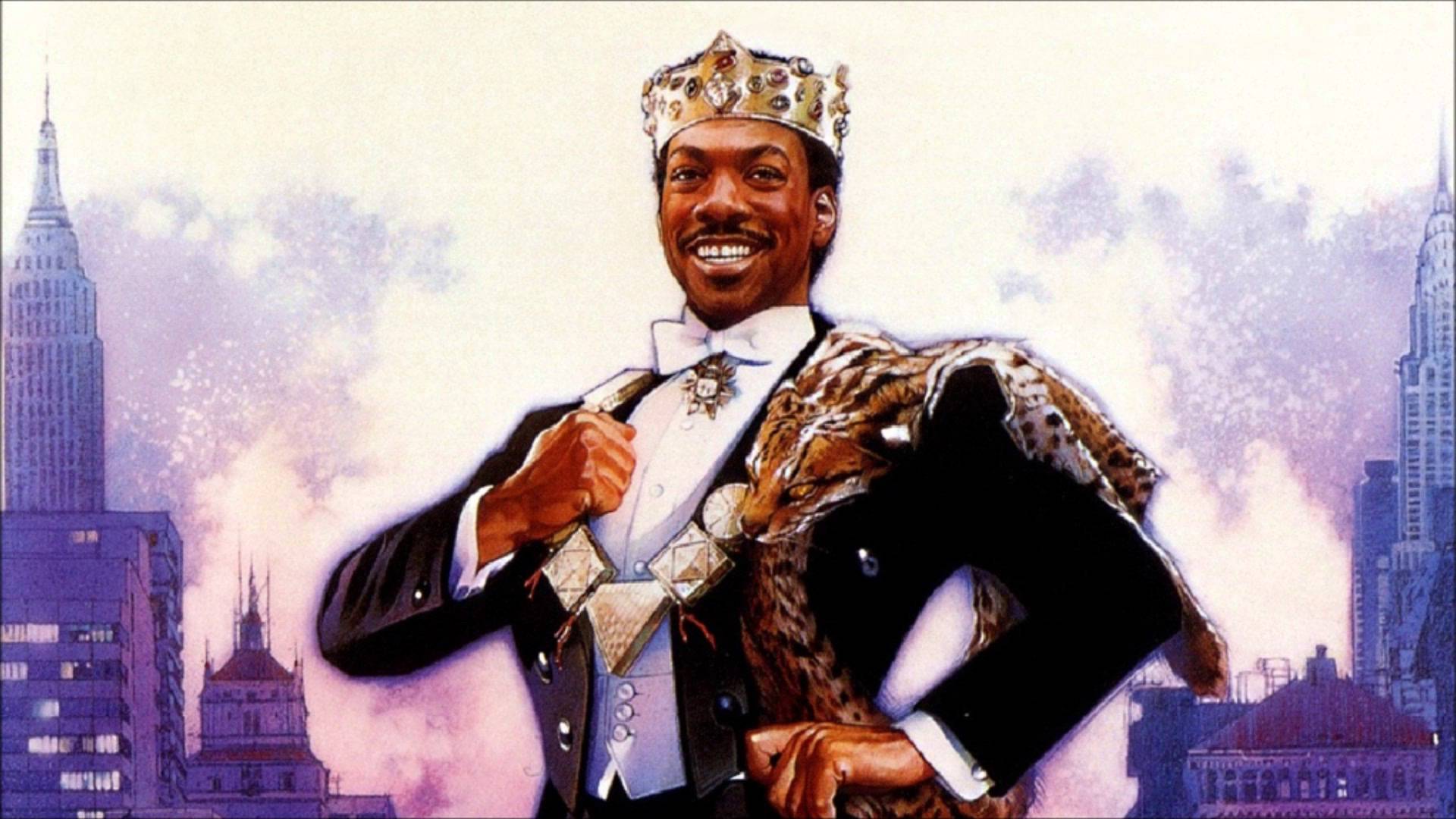