June 9, 2020 — You know how people tend to latch onto movies and use them to completely define their personality? They watch the same movie ad nauseam until their significant other wants to lobotomize it from their memory? They’ll get tattoos inspired by the film, collect an absurd amount of apparel and merchandise over the decades, and will essentially become synonymous with the film to the point where anytime it’s mentioned, friends and family immediately think of them.

I first saw Ivan Reitman’s supernatural comedy when I was way too young to understand any of the jokes, but there was Stay Puft and Slimer and they were all I needed for my undeveloped mind to understand it was something I would love. Here I am today, 30-odd years later, still praising Ghostbusters as one of the greatest movies ever made.

No really, I stand by that. It’s not just a gem of the 80s – it’s a generation-spanning classic that everyone needs to watch at least once in their lifetime. Why else would we have sequels, reboots, long-running comic series, Saturday morning cartoons, novels, video games, regional cosplay groups, and an abundance of merchandise released almost every decade since its release in 1984? Children and adults have an affinity for Ghostbusters and I 100% understand why.

In New York City, a trio of scientists struggle to find their footing in a society disbelieving of ghosts. When their research is defunded, they’re forced to fend for themselves. With an entrepreneurial spirit and some made-up science, they go into business as the only ghost trappers in the world. Though initially met with criticism, there’s something sinister brewing in a Central Park West high rise. While trying to thrive in a field with no demand and cater to their first – and only – customer, the Ghostbusters stumble across an interdimensional threat to the world that skyrockets them to infamy.

On top of the ghosts running amok throughout the city, the boys in gray also have to deal with real-world problems. Anyone that’s tried to start a new business will relate to the trio as they work around environmental regulations, costly real estate options, staffing issues, and, of course, the dangers of unlicensed nuclear accelerators.

Ghostbusters almost wasn’t the movie we saw on the Silver Screen in 1984. The original concept penned by Dan Aykroyd followed ghost hunters (originally planned as himself and John Belushi) that traveled across time and space to battle the supernatural. Aykroyd’s fascination with the paranormal and the otherworldly crafted such a far-out idea that Harold Ramis was tapped to bring the idea back down to Earth – and a manageable budget.

The product of bringing the two minds together was a dry, sarcastic comedy that was more than just a paranormal sci-fi thriller. Its human element, that being the quartet that formed the Ghostbusters, was just as enjoyable to watch as the paranormal threats that helped pay their bills. They were easy to identify with, especially the down-to-earth (albeit largely absent) Winston Zeddemore (Ernie Hudson), who joined simply for the paycheck. Though viewers largely wanted to be Peter Venkman (Bill Murray), I was always drawn toward the childish enthusiasm of Ray Stanz (Aykroyd) and the wry personality of Egon Spengler (Ramis).

Ghostbusters’ primary players were the stars of the show, but it’s impossible to discredit the movie’s ensemble characters. Dana Barrett (Sigourney Weaver), Janine Melnitz (Annie Potts), and Louis Tully (Rick Moranis) became icons in their own rights and have followed the quartet across many mediums. Even William Atherton’s brief role as Walter Peck, the human antagonist of the Ghostbusters, is one of his more memorable appearances.

The plot may have focused around the Ghostbusters, but it was the pesky specters that wound up enamoring audiences. Slimer and Stay Puft became mascots of the franchise, so-much-so that they’ve been worked into many of the spin-off material and continuations found in comics, cartoons, and video games. Gozer and the other residents of Spook Central were well-designed and became the basis of what younger me believed ghosts would look like.

Of course, when speaking of the movie’s supernatural aggressors, one has to mention the movie’s groundbreaking visuals that brought them to life. Many of the effects in Ghostbusters were practical, but even those that required some digital touches stand up to the visual spectacles we flock to today. The Library Ghost (known to Ghostheads as Eleanor Twitty) was the first effect in the movie and it was (and still is) a phenomenal example of how mixing practical and digital effects can work wonders. In later scenes, when Stay Puft is stomping through New York, the blend of miniatures and a costumed actor creates a surprisingly thrilling (albeit hilarious) scenario that far surpasses Koshi Hashimoto’s rubber-suited kaiju of The Return of Godzilla (1984).

Admittedly, Ghostbusters is full of humor that won’t land with all ages. However, it makes up for it with the spectacles of the supernatural. I’ll always believe that the movie was never intended to appeal so much to younger audiences, and it was The Real Ghostbusters cartoon and subsequent Kenner toy line that wound up bridging the gap. The script has plenty of hilarious moments children wouldn’t pick up on and quite a few scenes (deleted or otherwise) that will, thankfully, go over their heads.

The 1984 supernatural comedy is quotable from beginning to end, offers plenty of visual treats, and is a gateway to what seems to be an endless stream of entertainment. Just the other day I read the “Mars Attacks The Real Ghostbusters” IDW comic crossover event. It’s stuff like that one-off that proves Ghostbusters isn’t going anywhere, and, when you boil it down, it’s all really thanks to the legacy of the Aykroyd family.

Truly, I urge every fan of the movie to read more about Dan Aykroyd’s family, including “A History of Ghosts: The True Story of Seances, Mediums, Ghosts, and Ghostbusters” written by his father, Peter. It will have you appreciating this odd concept of paranormal eliminators a little bit more and realizing Aykroyd’s upbringing is directly related to the existence of a cinematic classic. 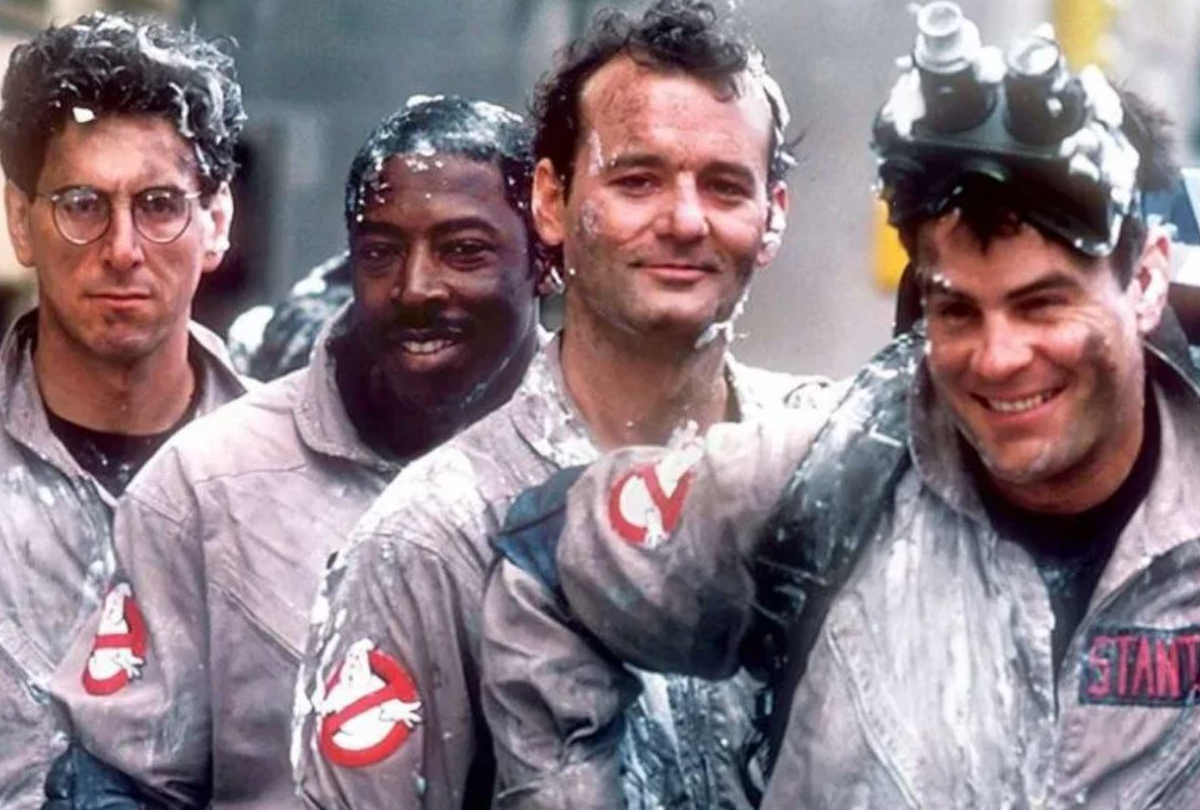