July 4, 2020 — Bill Pullman’s President Thomas J. Whitmore, wary of the suicide mission that looms ahead of him, steps atop a platform and surveys the sea of young, inexperienced pilots. They’re nervous, scared, and aware that this could very well be their last night alive. Whitmore knows this, too, but he doesn’t let anyone see his own reservations. Instead, he asks for a microphone and recites one of the greatest speeches ever to come out of Hollywood.

If you had the pleasure of seeing Independence Day when it released in theaters, you probably experienced that rush of energy as even your fellow audience members erupted into an inspired cheer. You also watched it long before the stink of 90s cheese chipped away at some of what I once thought made Ronald Emmerich’s patriotic sci-fi film impeccable. Thankfully, it’s not enough to break the movie, and you can tune it out, but it is there, and I have a hard time overlooking the corny bits of even my favorite movies.

Don’t get me wrong. When Independence Day airs every Fourth of July, I will watch it if I am available to. However, I do so with a hint of scorn, because bits of it have not aged well. The 90s was full of cinematic classics that still hold up well today, from Jurassic Park to Schindler’s List. Unfortunately, Independence Day was very timely and banked on the movie-goers awe for big-budget CGI fests. Back when movies like Twister and Jumanji were releasing, we still had an appreciation for the filmmakers who created good CGI. In the 21st century, it’s something we’ve come to expect it, which makes enjoying a movie like Independence Day, which really was all about the aerial firefights and exploding cities, far less exciting to watch.

The story is pretty paper-thin and follows a band of unlikely heroes as they fight to save Earth from an alien threat. Jeff Goldblum’s brilliant David Levinson, Pullman’s compassionate Whitmore, and Will Smith’s sassy Captain Steven Hiller headline a surprisingly robust cast that also includes the delightful Judd Hirsch, Randy Quaid, Harvey Fierstein, Vivica A. Fox, and Robert Loggia. Just about every major character had a line or monologue that became ingrained in our brains for many years after,

Everyone does a wonderful job of playing their respective roles, particularly Goldblum, who has a charming albeit condescending air to him, and Hirsch, who plays Levinson’s very-Jewish father. I could have done without Quaid’s ranting and raving about having been abducted, but his character does give the movie one of its most memorable moments.

Some of the best scenes in the movie for me are when the ensemble cast is gathered together, either arguing about how to tackle the extraterrestrial threat or dealing with their complicated histories. Otherwise, Independence Day can be pretty typical, and some of the storylines and scenes are worth fast-forwarding through.

Where Dean Devlin and Roland Emmerich’s concept really comes together is with the aliens and their tech. These aren’t your average big-headed, black-eyed beings from Mars, though they do have big heads and black eyes. They’re housed in tall, terrifying, tentacled biological armor suits, making them an even more dangerous foe. Unless you’re Will Smith. Then you just punch one in the face and call it a day.

Maybe even cooler than the aliens themselves are their spacecraft. Many elements of Independence Day’s extraterrestrial design seems inspired by classic imagery of flying saucers. Added touches like the cockpit and some of the detailing deviate from the shiny, illuminated craft often associated with UFOs. From the fighter craft to the mother ship, everything has a sort of industrial and worn look to it, which helps them look like the deadly implements that they are.

By 1996 standards, everything visual about Independence Day was a treat. The spaceships arriving over every city, the dogfights, the ample explosions – we marveled at them for years after, and it’s work that still deserves praise today. We may have better-looking movies, but they don’t discredit the visual treat that Independence Day is and how enamored we were in 1996.

As much as the movie has that 90s feel that rarely stands the test of time, it can be a genuinely fun film if you overlook some of the dated bits. There is plenty that I just want to rip right out of the movie – tunnel scene, I’m definitely looking at you – but they’re good breaks to grab more popcorn to enjoy the rest of this summer blockbuster with. The quirkiest thing about Independence Day is that, at its core, it’s little more than an explosive action film, but it has still become a gem of cinema. Maybe it was the revolutionary visuals or the pull of key players like Smith, Goldblum, and Pullman, but there is something about it that has made it almost unrepeatable.

Movies like Godzilla (1998) tried to recapture that delightful awe of a city being torn apart by something beyond man’s comprehension, but it didn’t land nearly as well. There was even a terrible sequel that flopped, despite attempting to hit the same notes and featuring most of the original cast.

We’ll always have disaster movies and films about aliens destroying our planet, but they’ll never be able to recreate the cheesy, visually stunning magic that was Independence Day. 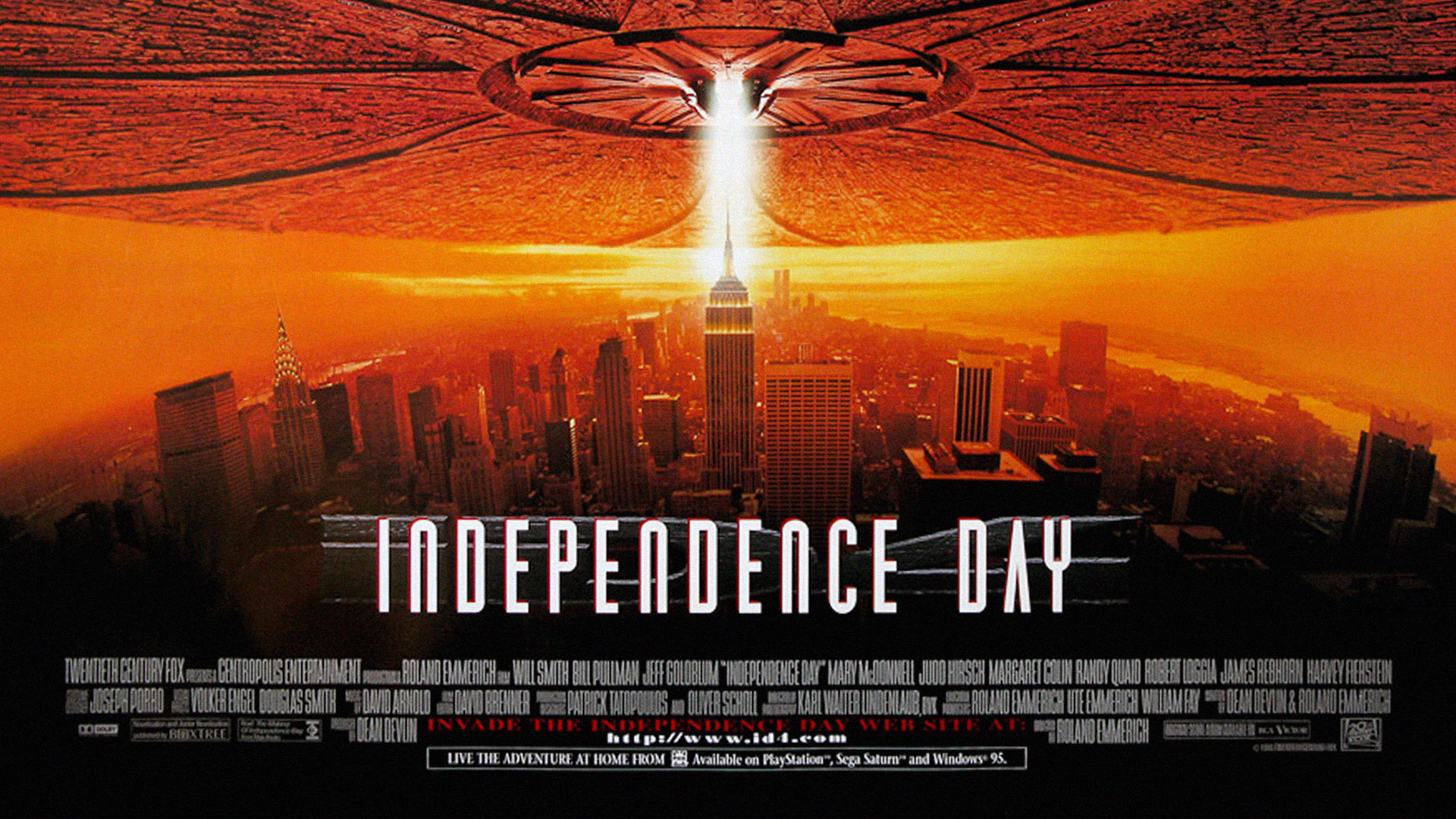