July 29, 2020 — 1995 certainly was a wild ride! We explored the depths of the Congo, revisited the heyday of Sin City, took part in a deadly cross-dimensional tournament, visited a world overtaken by the sea, and made friends with talking toys. It was, to say the least, a busy year!

That aside, we still had time for one very important and poignant tale. It was that of little Alan Parrish, the young boy who, in 1969, was allegedly chopped to bits by his gruff and stern father, Samuel (Jonathan Hyde). At least, that was the story circulated through the decaying town of Brantford, NH, before it became overrun by the wild monkeys, stampeding rhinos, and deadly mosquitos of Jumanji.

What the young Parrish thought was a harmless board game buried in the Earth was really a mystical tool that brought fantasy – and nightmares – to life. The rhythmic beating of tribal drums calls to those foolish enough to succumb to curiosity, but there’s something else that keeps drawing us into Joe Johnston’s 1995 comedy adventure. Jumanji is a non-stop thrill ride from its opening moments, immersing its viewers into the awe and wonder released by the game before striking with an unexpected depth of a more dramatic story.

It’s true that Alan Parrish disappeared in ‘69, but he wasn’t killed by his father as fabulist Judy Shepherd (Kirsten Dunst) would have you believe. He was sucked into the jungles of Jumanji, an unknown universe connected to our own by a glowing orb that sits at the center of an otherwise plain-looking wooden board game. When Alan plays Jumanji with his childhood crush Sarah Whittle (Laura Bell Bundy / Bonnie Hunt), he sends the world around him into a spiral. His father loses inspiration for his shoe factory that employs the town, Sarah is ridiculed for life and becomes a recluse, and the once-proud Parrish mansion dissolves into a dilapidated structure. To top it all off, our modern-day protagonists, Judy and Peter (Bradley Pierce), are orphaned and have to move into the former Parrish residence with their aunt Nora (Bebe Neuwirth).

Are we having fun yet, because much of that seems pretty deep for a kids movie? Then again, this is the same decade that gave us My Girl. The 90s had a keen way of grounding family-friendly films with depressing backstories and intense moments. Jumanji certainly wasn’t safe from that trend. Thankfully, when Robin Williams appears as a much older Alan, returned from Jumanji thanks to a lucky roll by Peter who, with Judy, continues the game started in 1969, things get a little more lighthearted and fun. With each roll of the die, Judy, Peter, Alan, and Sarah bring something new into the world, whether it be poisonous plants or a hunter hellbent on adding Alan to his trophy wall.

Okay, I promise, the rest of the movie is super fun, playful, and very suitable for kids! Especially when Judy is shot with a barb from a purple flower and is on death’s door while her brother slowly devolves into a monkey-like creature.

Okay, so Jumanji is a bit of a rollercoaster at times and is unsure of what audience it wants to appeal to. Still, it’s a movie that I thoroughly love and remember constantly watching when I was younger. Williams is as charismatic as ever, putting his all into yet another memorable character. He’s joined by a talented cast, including David Alan Grier, who can stand up to and work off his comedic greatness. Judy and Peter are standouts and overcome the trope that children in movies are annoying and useless. If anything, the duo helps drive the adventure forward while everyone else is trying to stop it in its tracks. Their mature approach to most situations is a nice balance against Williams’ intended childishness.

At its core, Jumanji is an impressive character piece with a lot to say about loss and how we handle adversity, but it’s also a visual treat that utilizes the best of 90s effects to bring the horrors of the jungle to life. While some of the movie looks a little dated today, some scenes, like the monsoon and the crocodilian visitors, are still exquisite and display a great use of animatronics and CGI. Thankfully, though, Johnston’s creation is capable of standing on its alone and doesn’t bank on the often-cartoonish appearance of animals like the mischievous monkeys.

The most surprising thing about Jumanji doesn’t even unfold onscreen. It was the harsh review given by film grump Robert Ebert, who scored it a 1.5 out of 4. I don’t often refer to other reviews in my own breakdown of a movie, but his criticism of its “lacking” story and inappropriate elements had me thinking. Yes, I joke about how heavy Jumanji can be, but there is something to be said about filmmakers from the 90s. They certainly didn’t coddle their intended audience, and that’s absolutely something to be admired.

Ebert’s review aside, Jumanji was a remarked success. Its popularity gave way to a largely forgotten animated series that serves as an alternate take on the movie’s events. Along with a 2005 spin-off, Zathura: A Space Adventure, the film received two (surprisingly good) sequels, Welcome to the Jungle and The Next Level. The legacy of Jumanji will continue for years to come, not just because another sequel is in the works, but because it’s a classic that’s perfect for audiences of all ages. Even booting it up today, it’s too easy to get sucked into the excitement and anticipation behind each roll of the die. 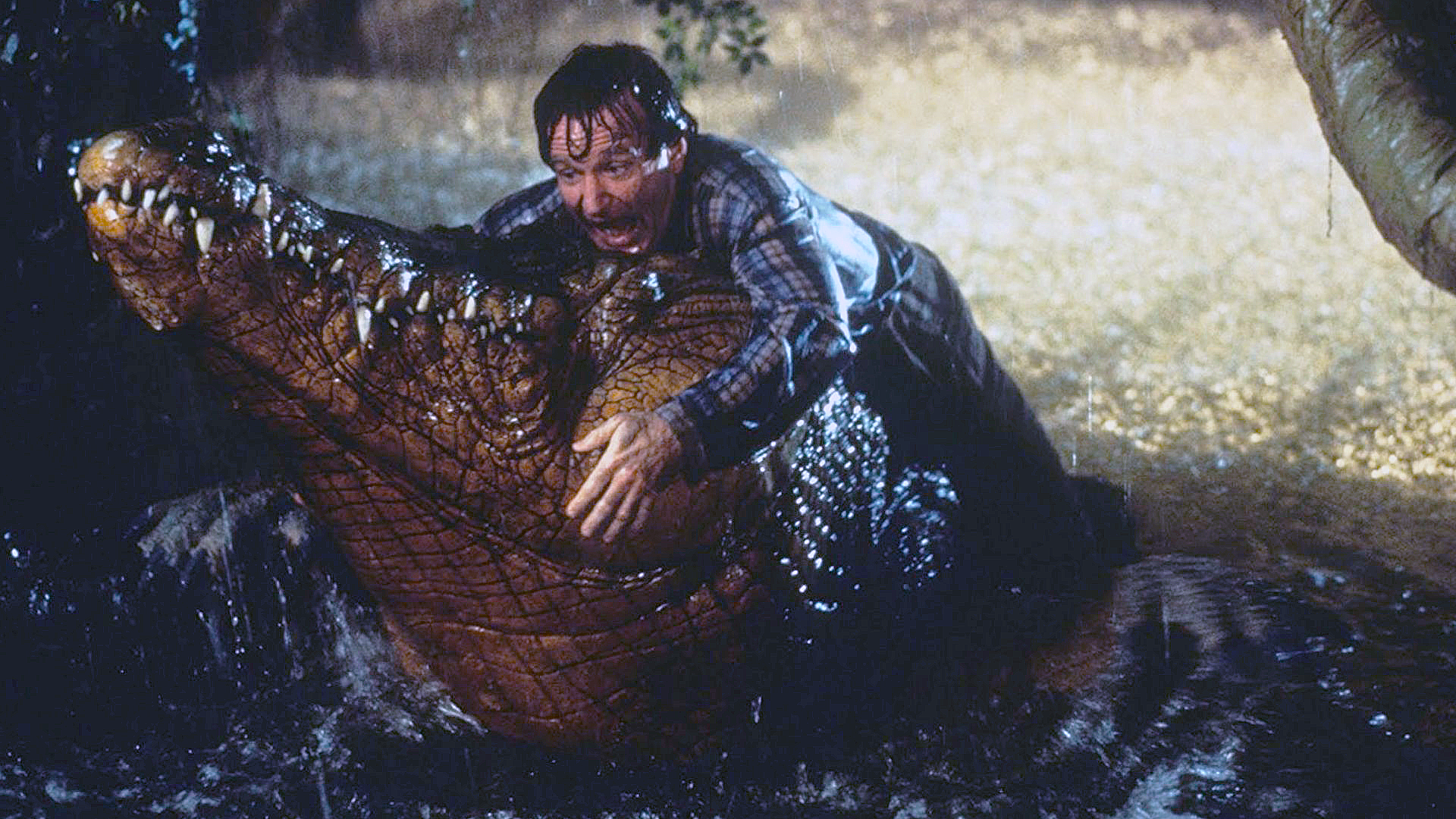