June 17, 2020 — Not too long ago – or very long ago, depending on when your eyes grace this review – I was spinning frantically aboard the Men in Black: Alien Attack ride at Universal Studios Orlando. Somewhere between my stomach churning from the constant jarring motion and my lungs burning from laughter, my mind sparked a memory. It was of a 12-year-old me sitting near the middle of a theater, my still-impressionable mind about to observe a movie that would leave me fantasizing of civilizations beyond our own.

Men in Black created a world brimming with extraterrestrial life going about their everyday business on Earth. Overseeing the laws of the otherworldly are the Men in Black, a mysterious organization created to defend the planet from extraterrestrial threats. Originally, it was an establishment built from the minds of UFO conspiracists dating as far back as the 1940s. In fact, the first allusion to mysterious men in dark suits was in 1947 when one Harold Dahl spoke (against the advisement of an intimidating visitor) of a UFO sighting on Maury Island. The Men in Black have been said to threaten or even kill witnesses, a concept explored in several episodes of The X-Files, but that’s not who we meet in Barry Sonnenfeld’s 1997 sci-fi comedy.

Though originally intended to be a darker film based on the early-90s Aircel Comics series The Men in Black, Ed Solomon’s script took a much more light-hearted approach. To work, it needed the right comedic blend, which makes some of the earlier casting decisions a bit strange. Not to knock actors like Chris O’Donnell or David Schwimmer, both of whom were considered for the role of the new agent, but there is no way the movie would have earned the accolades it received with either in a starring role. It took the charisma and charm of a television favorite for many of the comedic exchanges to hit.

When casting for a movie about an organization that hides in the shadows, one wouldn’t think the Fresh Prince of Bel Aire would be among the top picks. Will Smith is boisterous, sassy, and loud, but that’s precisely the personality needed for Agent J. He’s the anti-Men in Black, which works well when paired against the gruff and no-nonsense veteran Agent K (Tommy Lee Jones). Before Men in Black, nobody would have even considered pairing Smith and Jones, but it isn’t easy to imagine a duo that would be able to pull off the same chemistry. Credit goes to David Rubin and Debra Zane, the casting directors, and executive producer Steven Spielberg, who helped secure both actors.

Surprisingly, the movie was only Smith’s sixth appearance in a feature film, but Agent J is one of his most well-known and iconic roles. In fact, much of the cast is best remembered for their appearances in Men in Black, including Tony Shalhoub, who played the sleazy extraterrestrial pawnshop owner Jeebs, Vincent D’Onofrio, who filled in the film’s hilarious but horrifying villain, and even the late Rip Torn, the head of the MiB.

This entertaining cast comes together when a deadly alien insect arrives on Earth to steal the Galaxy and eradicate the Arquillian race. With his new partner in tow, Agent K is tasked with finding the bug and preventing it from completing its mission – especially since it would mean the eradication of humanity.

At its core, Men in Black is a buddy cop movie. The two take different approaches to interrogate suspects and potential witnesses, they bicker back and forth, and they come together in the end as a cohesive unit to bring down the big baddy. Strip it of all its sci-fi goodies, and it’s undoubtedly the shell of a movie you’ve seen before. However, it’s easy to overlook those more cliche elements in favor of the world-building that happens subtly along the way.

I’ve seen Men in Black dozens of times since its release, and with each viewing, the visuals and art direction remain my favorite aspect. From Rick Baker and David LeRoy Anderson’s alien makeup and costumes to the organization’s assortment of sleek, futuristic tech, Men in Black is brimming with incredible, timeless designs, many of which we’ll recognize decades down the line. After watching the film, if anybody shows you a noisy cricket or a screengrab of Edgar the Bug or even a flash of Mikey, you’ll know exactly from where they originated. It reminds me a lot of Ghostbusters, with technology and creatures you’ve never seen (and will never see again) outside of their respective franchises.

What I respect most about Men in Black was that it was able to focus a story that involved the entire planet on New York City and the two agents. It didn’t try to be bigger than it needed to be, and it definitely didn’t attempt to shoehorn in weird cameos and awkward pop culture references. It simply wanted to be a fun movie about a secret government organization charged with protecting the planet. And it succeeded in doing so, probably more than anyone expected. Men in Black went on to earn more than a dozen award nominations, including a Saturn Awards Best Actor nod for Will Smith and a Golden Globe nomination for Best Comedy or Musical.

The movie is a perfect storm of talent, writing, visuals, and direction. It’s disappointing they never came together again for anything more than subpar sequels. It’s as if Men in Black was a complete accident, especially since so few comedies since have been able to capture the charm of the 1997 summer blockbuster.

I bet you thought I forgot about the most crucial part of Men in Black. Absolutely not. I simply saved the best for last. 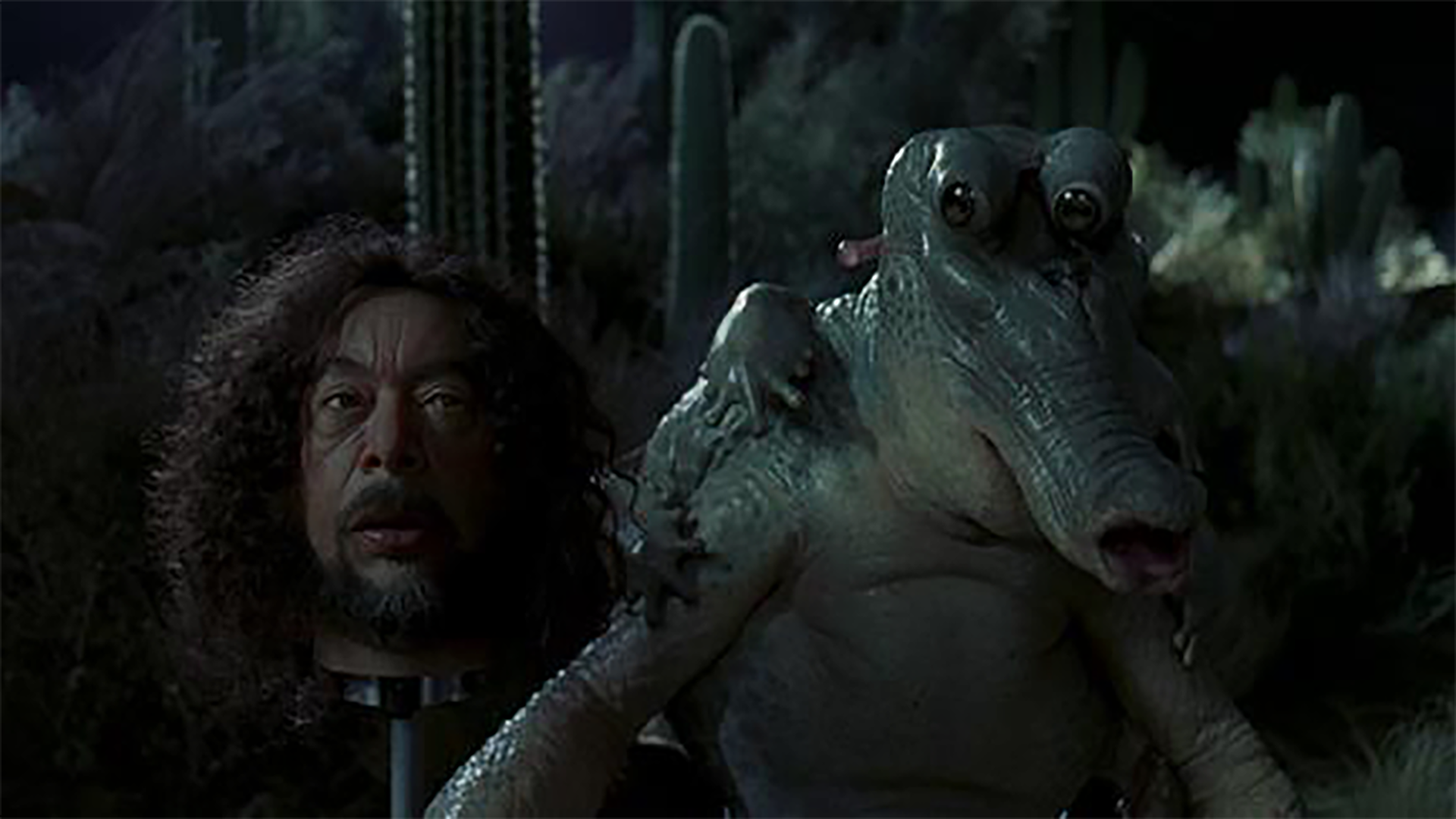