The title basically sums up the film. Red was heavily associated with the Soviet Union throughout American society at the time (‘Reds’ being a typical name for the Soviets), and ‘heat’ is a common descriptor for the police.

October 21, 2020 — If you have never heard of Red Heat, do not feel bad. Even eighties action movie super-fans have probably forgotten about this Schwarzenegger outing. It is such a strange film in so many ways I am surprised it is not more well known.

So, it deserves a thorough examination to evaluate its past and how it plays in the present.

The title basically sums up the film. Red was heavily associated with the Soviet Union throughout American society at the time (‘Reds’ being a typical name for the Soviets), and ‘heat’ is a common descriptor for the police. This will give you an idea of the lazy writing that went into this film.

Red Heat is sandwiched between some of Schwarzenegger’s biggest films including Predator, The Running Man, and his comedic turn in Twins. In the late eighties and early nineties, the former bodybuilder was a hot commodity, so it is not like he was desperate for work at the time. Yet, he chose a film with a main character his American audience was conditioned to dislike.

Red Heat begins in a bathhouse where muscular men are working out, wearing nothing more than aprons. This scene is a gratuitous excuse to show off Schwarzenegger’s physique. Russian police officer Ivan Danko (Schwarzenegger) is “undercover” when he walks up to a group of men. A fight ensues, and Danko grabs one by the beard to interrogate him about the location of Georgian drug runner Viktor Rostavili (Ed O’Ross). This poor soul immediately gives up Rostavili’s location.

If that were the worst part of the film, it would be acceptable. But in the next scene, Danko is in full Russian police uniform confronting Rostavili and his thugs in a café. The crew asks what proof Danko has to arrest them, and he replies by body-slamming one of them through a table. He then removes the thug’s artificial leg and pours out loose cocaine — a shootout occurs, and Rostavili escapes.

Being the busy drug runner that he is, Rostavili hightails it to America, and Danko follows. Enter Lt. Stobbs (Laurence Fishburne, still going by ‘Larry’) and Sgt. Ridzik (Jim Belushi). Stobbs does little throughout, but you cannot ignore the great Laurence Fishburne. Belushi, meanwhile, plays a competent cop, though it feels like he was supposed to come across as a bumbling idiot — all of his jokes fall flat. In his introductory scene, for example, he holds a bad guy at gunpoint and says, “Stay calm. I do this for a living.” Belushi seems intended to be the comic relief to Schwarzenegger’s straight man, but this does not translate well.

Rostavili later escapes from custody after a fight that lands Danko in the hospital. The so far hugely ineffective cop goes undercover to finish the case and avoid embarrassing the Soviets. Ridzik, meanwhile, is partnered with Danko to keep him out of trouble. After one of Rostavili’s men murders a hospitalized witness and Danko blows him away, Danko and Ridzik find themselves in hot water. Danko turns over his weapon to the chief of police (Peter Boyle) in the most anticlimactic ending to a second act ever. Danko asks Ridzik for another gun, which he hands over with little protest. The two cops catch up with Rostavili at a bus station and they capture him at gunpoint.

Then appears nonsensical tension that was never boiling under the surface to this point — Danko points his gun at Ridzik, for some reason, and a bystander walks into the fray, allowing Rostavili to get away yet again. He hijacks a bus, the cops get on another, and a city-totaling chase ensues. In another disappointing scene, the two buses go head-to-head in a game of chicken, through which both get destroyed.

So, we arrive at the final shootout, in which Danko and Rostavili square up in an old-fashioned duel. In cliché-action-movie style, Rostavili misses every shot, and Danko lands each one. Ridzik drops a few more flat jokes and the scene closes.

In a last-ditch effort to define the film, the final scene shows Danko not understanding baseball and the two cops exchanging watches, through which Riznik “comically” gets the raw end of the deal. As we see Danko saluting (still in full Russian police garb), Russian music plays in the background and the credits roll.

Red Heat released in 1988, three years before the Soviet Union’s collapse, and while we were still very much in Cold War territory. It remains a strange choice to make the hero a Russian police officer when American audiences had an ingrained disdain for Russia.

To make matters worse, they tried to make a buddy cop film that felt more like an acquaintance cop film — one of the many faults of Red Heat is a lack of chemistry between Schwarzenegger and Belushi. Belushi tries and fails to be funny (like he has for most of his career), and while there is plenty of action, the film forces Schwarzenegger to rely more on his natural acting skills. Clearly, he was not quite ready for the task.

Red Heat is not a great film, though a remake with a better writer could prove to be a decent watch. While not as extreme, tension still exists between America and Russia, so a new version would potentially go over just as well as it did the first time — I would not hold my breath for it. If it ever does happen, I would hope that Schwarzenegger at least cameos in order to redeem his initial performance. Not every film is a winner, and ultimately, Red Heat should be left in 1988 where — however out of place it might be — it belongs. 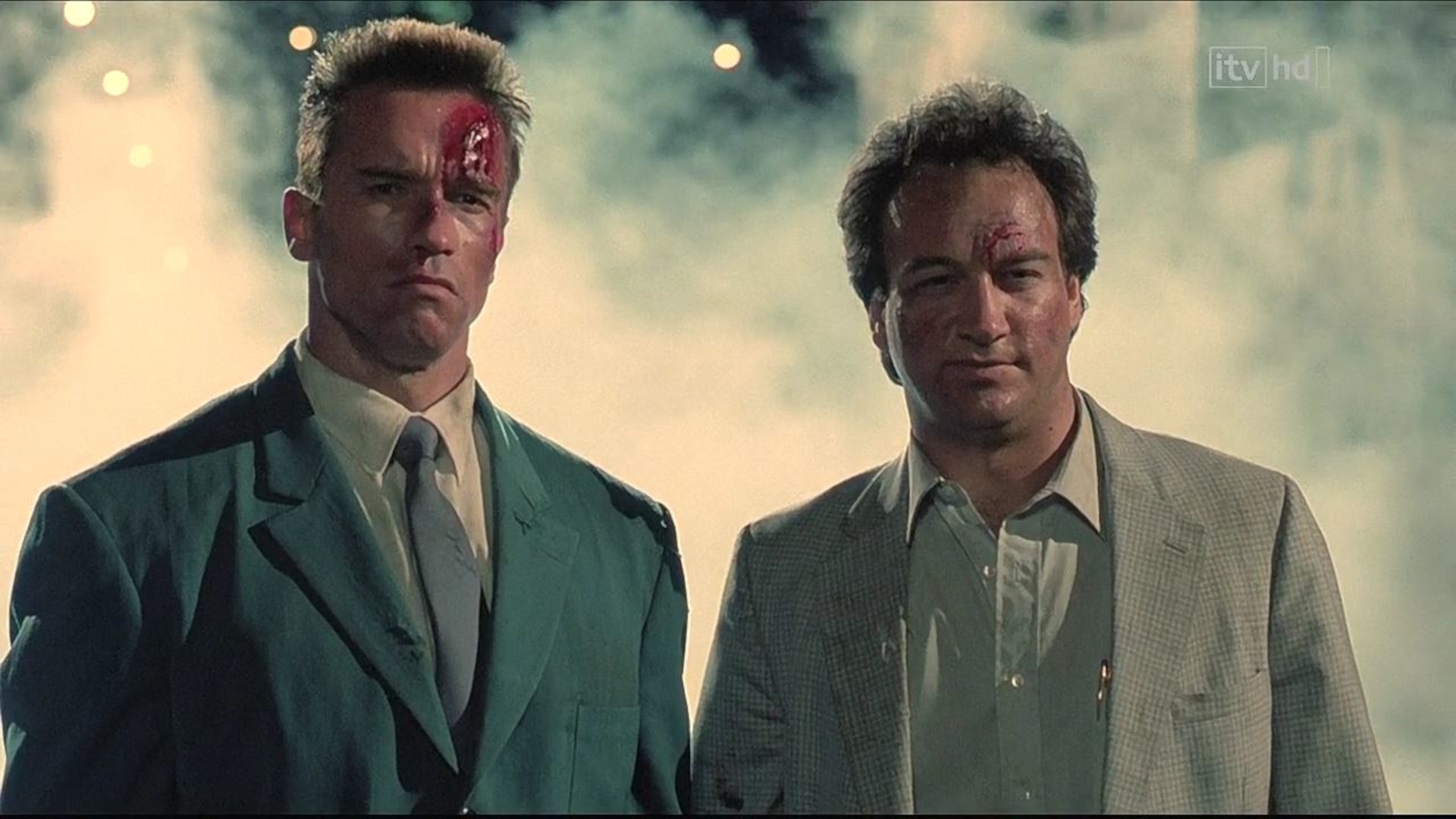