Although the effects leave a lot to be desired, there are redeeming qualities to this film. The story is not perfect by any stretch of the imagination, but it is not terrible.

March 29, 2021 — Warlock is in a league of its own when it comes to genre-bending. To describe this film as horror would be pushing it, but it is much more graphic than your regular fantasy fare, with plenty of bloodsheds and cringeworthy gore to be had.

This explicit framing extends throughout a movie, which never pins down precisely what it is or what it wants to be, and it ultimately makes the film fall short. Warlock is far from a perfect movie, but it does have some redeeming qualities and sparks a few unforgettable nostalgia moments from the late 80s and early 90s. A warlock (Julian Sands) is captured and awaiting execution in the 1600s CE century when he magically transported to the 1900s right through the window of co-star Kassandra (Lori Singer). Unlike how most people would react when strangers suddenly jump in, Kassandra takes in the Warlock and gives him a place to rest. She is quickly reminded that there is some truth to never talk to strangers, as the Warlock unexpectedly kills her roommate.

If a psycho just broke into your house and murdered your roommate, you would think your day could not get any weirder, but that is when witch hunter Redferne (Richard E. Grant) shows up. Grant has followed Warlock into the 1900s to finish what he started the centuries before. Kassandra has learned her lesson and calls the cops — who haul away the one person who can stop the unspeakable evil unfolding.

However, Kassandra’s ordeal is just starting as the warlock returns and puts an aging spell on her that can only be undone by recovering a bracelet he stole from her — confronted with the fact that if she does not recover her jewelry within a week, she will die from old age. Kassandra teams up with Redferne’s hunt and the pair sets out to neutralize the warlock.

With Kassandra’s knowledge of modern times and Redferne’s witch-hunting skills, the two prevent the warlock from undoing creation. The climactic ending sees a payoff of subtle foreshadowing, with the heroes getting the upper hand in the end shortly before the warlock’s long-winded diatribe undoes life itself.

This movie had so much potential, but the technology of the time held it back. The special effects are a huge disappointment, though, at the time, they were likely considered top-notch. There are many so-called “cloud overlays” meant to be a visual representation of magic at work, but the cloud effect has not aged well and looks like corny animation retrofitted as an afterthought which makes little sense since the tone of the movie is deadly serious. The magic clouds are somewhat forgivable, but there is one incredibly cheesy effect that nearly ruins the film, and that culprit is the warlock flying.

When Sands performs his “flying stunts” it is immediately visible he is being holstered and the green screen effect is unmistakable. Julian Sands, the warlock, does not even try to look like he is flying; but just hangs still with arms dangling down. This is the most apparent in a farm scene when the warlock “flies” out of the barn and then tries to get away before Redferne manages to stick him with a weathervane.

Although the effects leave a lot to be desired, there are redeeming qualities to this film. The story is not perfect by any stretch of the imagination, but it is not terrible. With a bit of polishing, this script could easily be used for a contemporary remake. Watching the movie now is a little meta because a significant plot point of the film is that these men from the 1600s are trying to navigate this new technology in the 1900s, but 1900s technology looks archaic and primitive to viewers in 2021.

What this movie truly has going for it is a solid cast that as evidenced by the fact they have all been continuously working since Warlock premiered in 1989. Julian Sands has solidified himself as a horror legend, while Richard Grant is a skilled character actor who recently found himself in the MCU. Lori Singer’s career has been spottier, but it deserves mentioning her role was asked to do a lot in Warlock, and she delivered on all cylinders.

Warlock managed to spawn two sequels — the first of which stars Julian Sands — that were largely forgettable and even weaker than the original. Given this film’s timing, it is surprising it did not influence a television series of the same name. A contemporary series reboot would be an excellent way to reinvent the Warlock franchise and to do its scope justice, the script and background material have a lot going for them. With many studios vying for original content, it would not be surprising if a remake was announced. Especially since Warlock’s cast is still active in Hollywood, ensuring much potential for various cameos.

Despite its flaws, Warlock is a product of a bygone era and though it looks cheesy by today’s standards, the movie will immediately trigger good feelings of 80s nostalgia. Perhaps unsurprisingly, Warlock does not have as big of a cult fan base as other movies from the period, but surely there are still people out there who love this movie if only for its sentimental value. Until Hollywood gets around to rebooting the Warlock franchise like they are with every other show, we might be looking forward to an enjoyable Warlock in series format — at times corny, excessively gory, and with an intriguing story of folk lore witches and time travel. 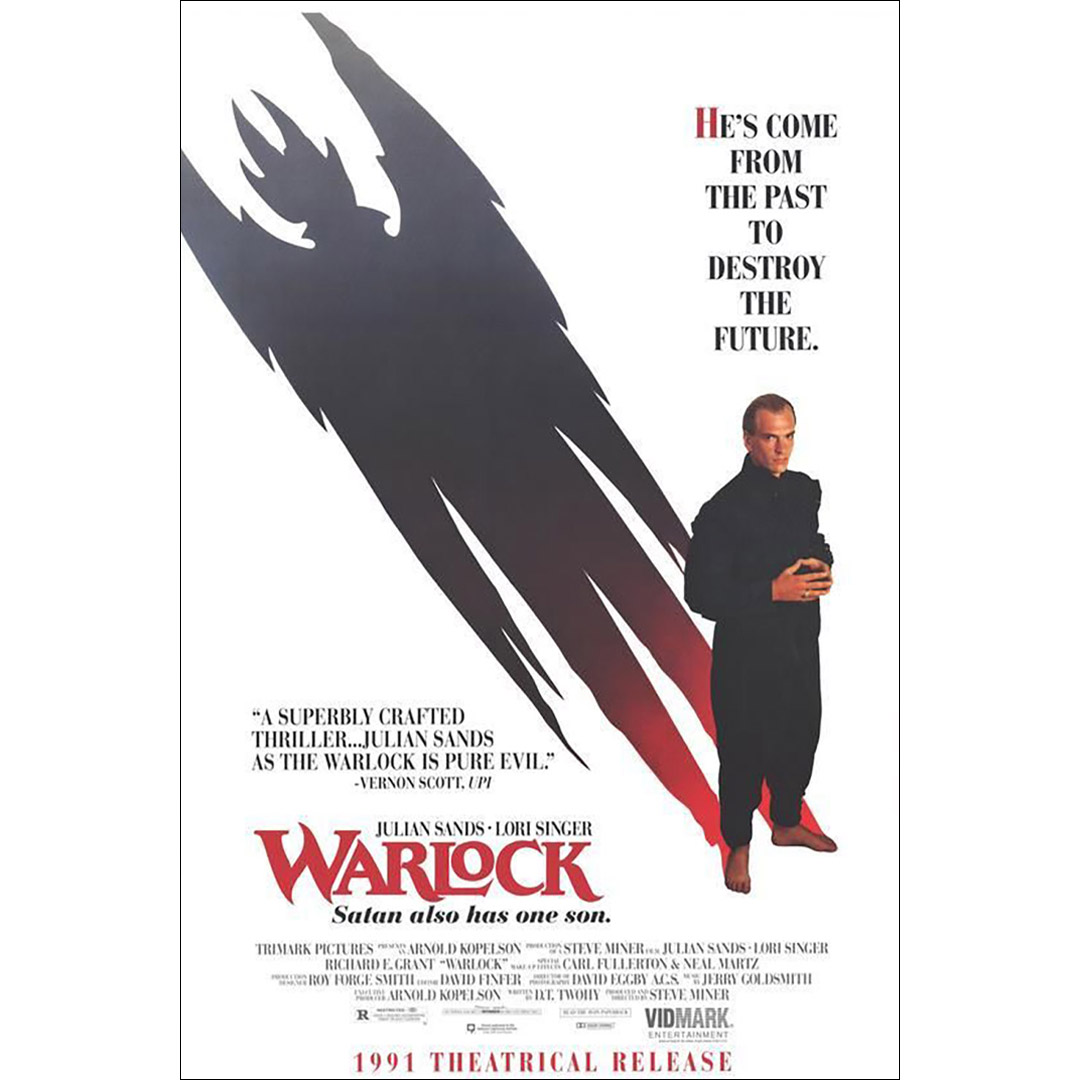