David Fincher is no stranger to receiving ample accolades, but that wasn’t quite the case when he first took on Seven, a neo-noir psychological thriller based around the Seven Deadly Sins.

September 9, 2020 — Three years earlier, he directed the often criticized Alien 3, a movie he has since separated himself from in order to save face.

With Seven, Fincher aimed to prove that studio interference of the third Alien movie resulted in a production skewered by complications and that his directorial skills were not able to shine in their entirety. Well, even if it wasn’t what he was aiming for, it was exactly what he accomplished.

Headlined by Brad Pitt, still reveling in his Interview with the Vampire fame, and seasoned actor Morgan Freeman, Seven follows two different detectives, David Mills and the experienced William Somerset, as they’re immersed in a series of grizzly crimes. In true Fincher fashion, it’s dark, gritty, and overly brutal, but Seven is also primed for incredible storytelling moved along by its memorable cast. Gwyneth Paltrow and Kevin Spacey round out the key players that help move along each detective’s story, especially Paltrow, who gives some humanity to Pitt’s portrayal of the ill-tempered Mills.

When Seven released, it wasn’t treading on new ground. Crime thrillers had been done and redone for many years prior. However, under Fincher’s direction and through the writing of Andrew Kevin Walker (Fight Club, Stir of Echoes), the audience is immersed in a dark and troublesome world seen through the killer’s eyes. Noir was far from a new genre, but Seven was going to put a new spin on it. The story winds up being as much John Doe’s as it is the detectives’ as the audience becomes invested in piecing together a motive and the killer’s next move. Unfortunately, we’re left just as perplexed as we move through each gruesome, visceral crime scene, trying to understand John Doe and his endgame.

As it all slowly comes together, Kevin Spacey delivers a truly haunting performance. His cold, calculated, and demented depiction of Doe sends shivers down the viewer’s spine. The character is almost inhuman, pulled from nightmares of the evils that walk our streets. There isn’t a poor performance in the entire movie – and that includes everyone working behind the scenes.

Fincher may have had a rough go with Alien 3, but Seven was very clearly his production. The art direction and cinematography result in a film that’s deliberately dark and ugly to match the subject matter. Each crime scene is ripped out of the most unsettling horror movies and exudes a feeling of unease. You know detectives Mills and Somerset are going to stumble upon something grotesque, which causes your body to tense as they move about dimly lit, crowded spaces. It’s akin to walking through a haunted attraction. You know there’s a monster somewhere, waiting to rear its ugly head. It causes your heart to race and your palms to get sweaty as you anticipate the worst of what’s to come.

Seven is also the first time Fincher’s penchant for telling a story took center stage. The original cut of Alien 3 was such a sluggish mess that any of Fincher’s charm was lost. Seven didn’t suffer the same fate and is, instead, able to thrive on its character development and core plot. We’re not bogged down by unnecessary action sequences or overly gory kill scenes, so we can really get into the minds of Mills and Somerset. Unfortunately, that means feeling what they feel, experiencing what they experience, and suffering just as they do.

It’s no surprise that Seven scored a host of nominations, from Best Original Screenplay at the 49th British Academy Film Awards to Best Director at the 22nd Saturn Awards. In total, it walked away with 14 nominations, including the Academy Award for Best Film Editing. If not for Apollo 13, there’s no doubt Fincher’s first notable title would have also been an Academy Award winner.

Seven thrived because the studio listened to Fincher and allowed him to make the movie he wanted to make. They even (mostly) conceded on the ending, which New Line felt was too bleak for general audiences. Despite pushback from the producers, Fincher, joined by Pitt, convinced studio heads to use the infamous “What’s in the box?” scene that, even 25 years later, is still a popular moment in pop culture.

Though Fincher almost quit directing after the disaster that was Alien 3’s production, he found his footing with 1995’s Seven. From there, he continued a signature brand of directing that made movies like Fight Club, Zodiac, The Curious Case of Benjamin Button, and The Social Network stand out in the sea of standard Hollywood releases. Seven opened up opportunities for Fincher to strive and ultimately go on to direct two award-winning movies and an award-winning episode of House of Cards. 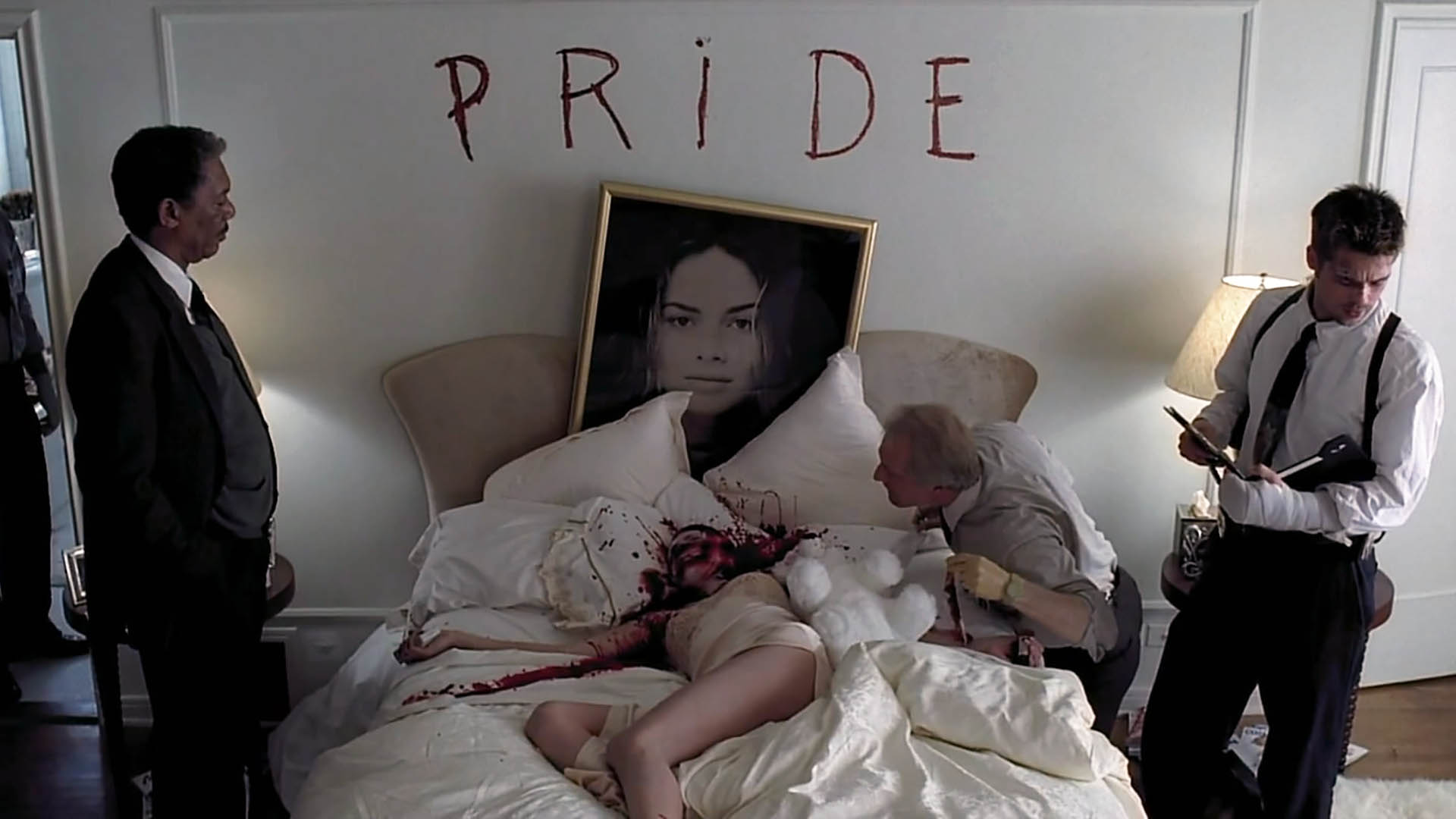