August 26, 2020 — John Hughes has so many notable hits under his belt, from Home Alone to Ferris Bueler’s Day Off to Uncle Buck. So why is it that we always get hung up on The Breakfast Club. There’s a good chance that, if it’s playing on TV, you’ll stop flipping channels and suffer through commercials to watch it. I’m not even a huge fan, and even I know that, if it’s circulating on cable, I’ll get sucked back into that stupid library. But what is it about The Breakfast Club that draws us back in time and time again? Is it a great movie? Truth be told, I really don’t think so, but it also doesn’t have to be.

I know I’m in the minority, but I firmly believe that The Breakfast Club is a vastly overrated 80s comedy. However, before you grab your pitchforks and march onto my social media, I think I see why people gravitate towards it. Sometimes, a movie doesn’t have to be stellar to be beloved. If it’s relatable in any way or has an important message, we’re sure to latch on and overlook that it may just be a mediocre movie. And if there’s one thing The Breakfast Club is, it’s relatable.

When John Hughes scribed The Breakfast Club, he was writing a character piece. The whole conflict of detention and Assistant Principal Richard Vernon (Paul Gleason) are just vessels to introduce us to the aptly named Brat Pack. These were the characters we thought we were or want our younger selves to have been.

Judd Nelson’s rough ‘n tough John Bender was the go-to cool kid. He broke all the rules, didn’t give a crap what anyone thought about him, and was as mysterious as he was handsome. But hidden beneath all of that was a kindness that made him even sexier by the film’s end. He was McDreamy of the high school universe – and was what so many kids of the mid- to late-80s strived to emulate. If John Bender was who we aimed to be, Emilio Estevez (Andrew Clark) and Anthony Michael Hall (Brian Johnson) were who we actually were – jocks and nerds awkwardly fitting within our respective cultures. It was no different for young ladies, either. Molly Ringwald (Claire Standish) and Ally Sheedy (Allison Reynolds) portray the stunning princess and the twisted outcast wonderfully, creating two characters we could swear we sat next to during lunch period.

Each of these students has their demons, and it’s those demons that we, the viewer, can connect with the most. It makes it so easy to fall in love with the Brat Pack, even though they’re kind of insufferable. And that’s where my biggest hangup with The Breakfast Club comes from. I don’t like any of the characters, partially because I’ve outgrown the urge to reminisce about my highs school years. But also because the script is a tad rough. It’s almost too “in your face” about highlighting the different lives these students lead.

Let’s look at the lunch scene, where everyone digs into their lunches for a good solid three and a half minutes. It starts with Claire breaking out a wooden board, a ceramic container of sushi, a jar of soy sauce, and chopsticks to Bender’s confusion. You see, he’s never heard of sushi because he’s “uncultured” and “too cool for school.” He also doesn’t have a lunch, because the cool kids don’t eat! Then we watch as Clark, Johnson, and Reynolds break into their brown bags of food – all very indicative of their home life and personality. It’s a ham-fisted attempt at really driving home how different everyone is, especially when Reynolds pours salt and crunches cereal between two slices of white bread.

Here’s where I’ll digress, though. Again, because I get it and because the cast did a great job portraying these stereotypes. I get why audiences would chuckle as Bender criticizes everyone’s lunchtime cuisine. Or why a slice of olive loaf sliding off a statue would be funny. Or why the movie became a cult classic people still gush about today. It’s just simply not the best of John Hughes, nor is it close to it.

Where the movie – and many of Hughes’ productions – excels is with its soundtrack. It’s only ten tracks long, and most of them are pretty forgettable, but Simple Minds’ “Don’t You (Forget About Me)” actually does deserve the praise it received over the years. In fact, it’s strong enough to carry the whole soundtrack. Much like how we’ll watch The Breakfast Club every time it’s on TV, when those opening beats heard near the film’s close start playing, we kick up the volume and sing along. It was the track that skyrocketed Simple Minds to international fame and launched a career marked by multiple award nominations and even a few wins.

The Breakfast Club is the kind of movie that will never go away. It was preserved in the United States National Film Registry by the Library of Congress and is still as quotable today as it was in 1985. The film does do a good job of inspiring the deconstruction of social barriers. Despite its “R” rating, it’s a safe movie to share with students who may struggle to find their place in the high school caste. While modern high school comedies burry their message in layers of hyper-sexualized dialogue, The Breakfast Club does let its premise shine and doesn’t hide behind an abundance of crude humor.

Despite my gripes, I believe it’s an integral part of film history and should be on everyone’s viewing lists. 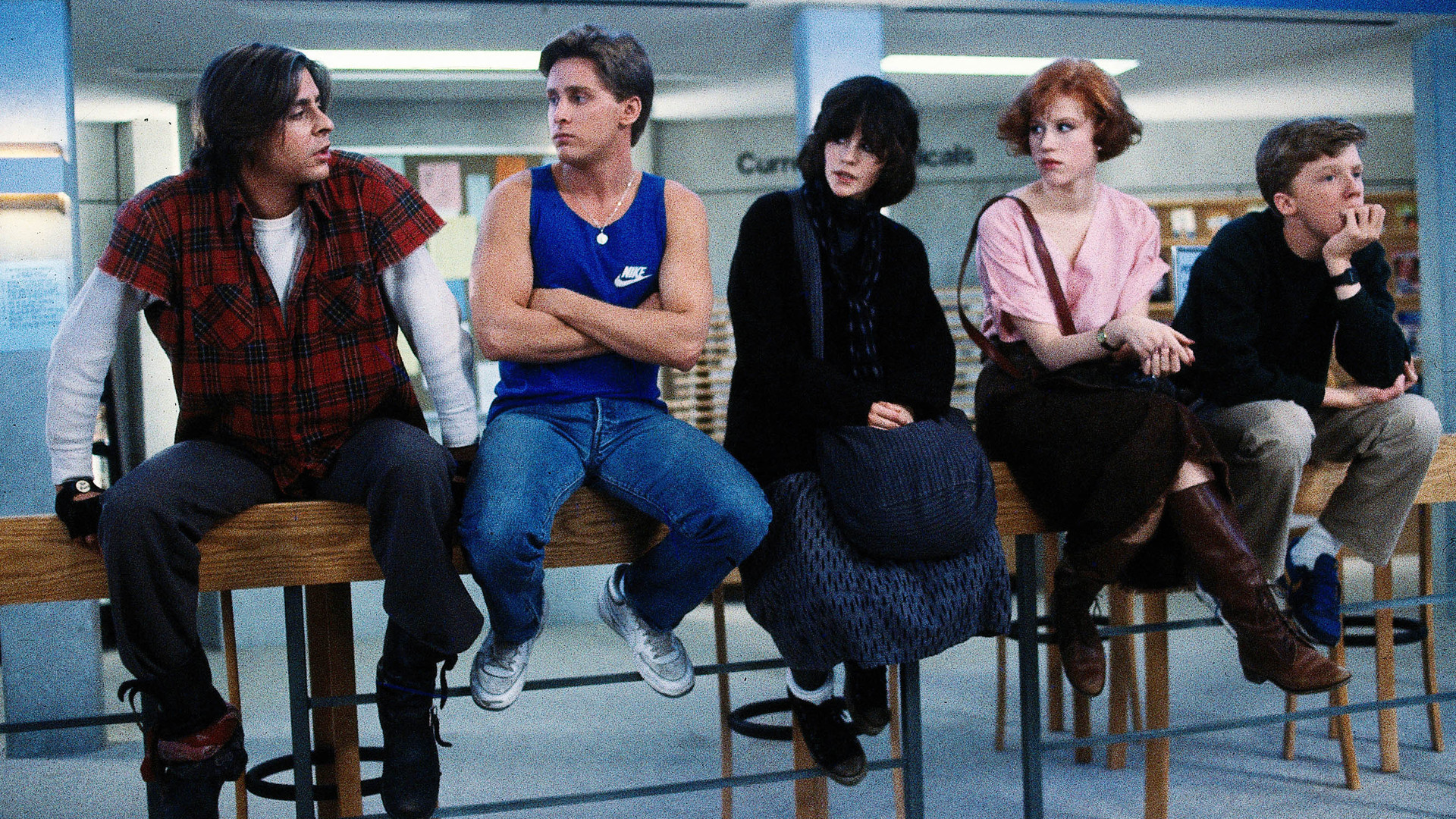