August 12, 2020 — We think of horror icons as the grotesque monstrosities and unstoppable specters that embed themselves in our minds and haunt our dreams. They’re the Jasons and Freddys and Leatherfaces of the movie industry, revered for their impact on the genre. It’s strange to think, then, that a common goof with truly nothing special about him could stand up with these greats. Ashley “Ash” J. Williams (Bruce Campbell) may not disembowel hapless teenagers for a living, but the one-armed man is no stranger to leaving piles of bodies wherever he goes.

While we celebrate the corny, arrogant, dimwitted, badass goofball that Ash became over the course of two movies, comic books, video games, and a TV series, he didn’t start out that way. Rewind the hands of time to 1981, and you’ll be met with a thin-faced wimp that was ultimately written out of existence by the sequel/reboot Evil Dead II. The Evil Dead series had a rocky start due to rights ownership, which technically makes the first movie a standalone feature disconnected from the rest of the series. That is, until Ash vs. The Evil Dead muddied the waters by returning Ash to his hometown. The Evil Dead and Evil Dead II don’t just work against each other from a narrative perspective. Tonally, they are two completely different films.

In 1981, Sam Raimi aimed to terrify audiences with his second directorial and screenwriter debut. Unlike the sequel, The Evil Dead is laden with elements of slow, meticulous horror that completely contrast the zany, over-the-top nature the franchise is known for today. Ash doesn’t spout one-liners and you’re not amped up for that moment he brandishes his “boomstick.” It’s just a movie about a guy that’s slowly watching his friends and sister succumb to a deadly ancient evil in a cabin in the middle of the woods. If filmed today, it would be prime for Amazon’s collection of indie horror films shot on an iPhone.

With The Evil Dead, Sam Raimi created one of the best depictions of demonic entities and possession. The genre has become a tiresome bore of movies that follow a set formula first laid out in The Exorcist. The Evil Dead carved out its own path, giving us these ruthless entities that thrive on torturing their prey and spreading like a disease. Without those humorous overtones of future entries, the demonic forces, known as Deadites, are actually frightening entities, especially if you look at them through the lens of a 1981 audience member.

While Ash usually takes center stage, it’s the Deadites that are the stars of the 1981 movie. Their design of prosthetics and makeup, conceived by Tom Sullivan, may be dated compared to today’s effects, but that doesn’t make them any less creepy. Betsy Baker delivers one of the most sinister moments in the movie as Ash’s girlfriend-turned-Deadite. Her stark-white eyes stare up at Ash from the floor, twirling her hair as she starts singing a childlike melody. The way she accentuates every word blended with the overlaid audio creates nightmare fuel for both Ash and the audience.

Joining Campbell and Baker is a memorable cast of Ellen Sandweiss (Cheryl), Richard DeManincor (Scott), and Theresa Tilly (Shelly). They all fit perfectly within their respective roles of the nerdy sister, the crass best friend, and his demon-fodder girlfriend, doing their best to work off a largely forgettable script. The writing certainly isn’t peak Raimi, but it didn’t need to be back in its day. People wanted to be scared – and being trapped in a cabin in the woods with a demonic force was scary.

Today, the film survives primarily on its cult status, but you have to remember The Evil Dead was revolutionary in the early 80s. It didn’t matter if the acting was a little flat or the script rudimentary. The gore and the concept hadn’t yet become staples of the horror genre, so when Deadite Shelly starts gnawing off her own hand, it creates this memorable moment that was burned into the viewer’s brain. When audiences shuffled out of the theater, excitedly talking about The Evil Dead, they gushed over scenes like that more-so than they did about the protagonists and their “quippy” exchanges.

The Evil Dead is a delightfully dingy movie that isn’t going to appeal to everyone. Audiences today may find it drab and slow to start, especially if they’re working backward from Ash vs. The Evil Dead, but it definitely rewards horror fans with sickening gore and a stellar demonic performance by Sandweiss. It set the stage for a franchise that we still can’t seem to get enough of. While it’s a far cry from the horror-comedy that’s been a staple of Bruce Campbell’s year, just know that there would be none of that without this groundbreaking entry in horror history. 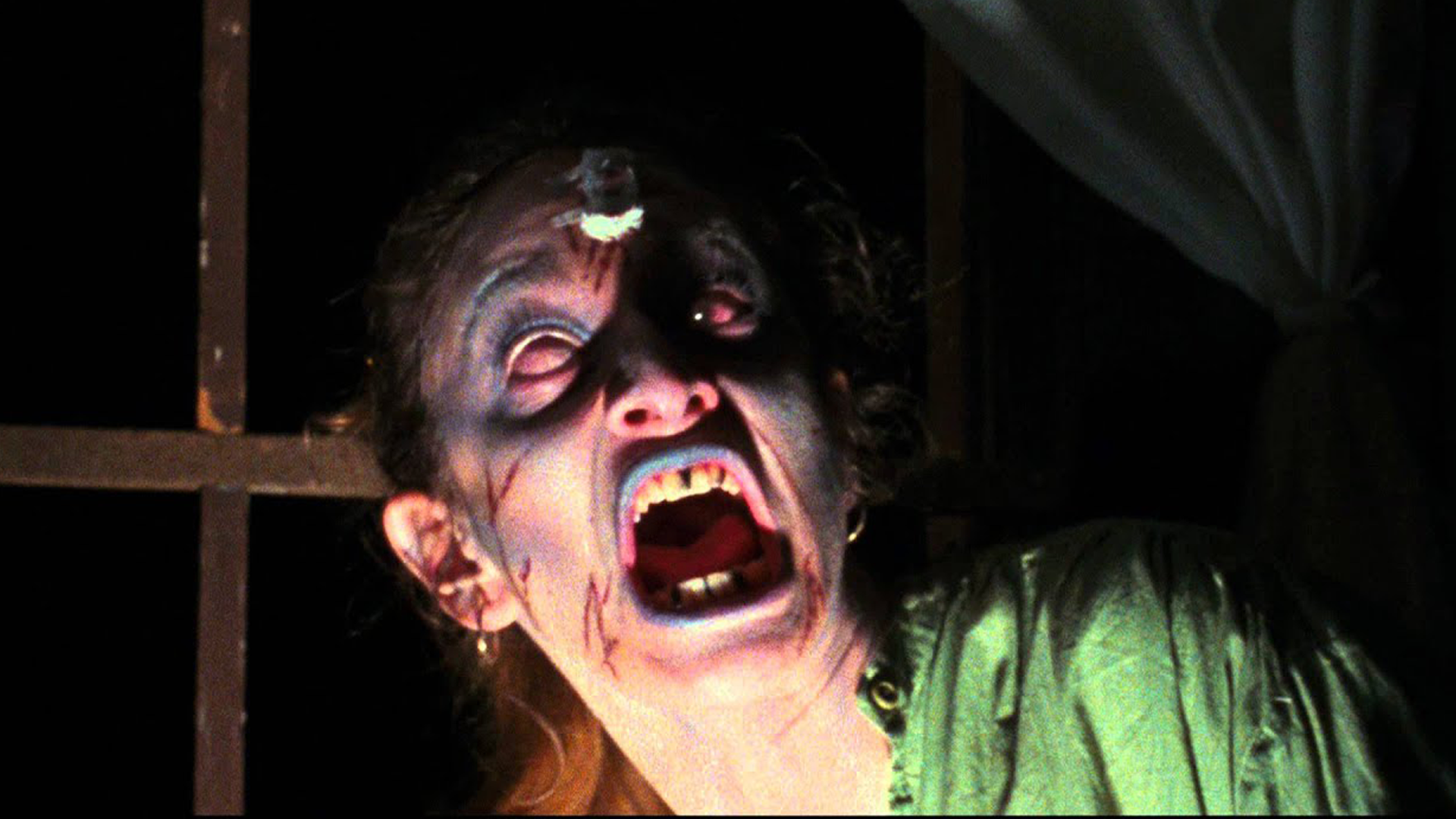