June 2, 2020 —  Remember what it was like to be a kid and get into all sorts of trouble. You’d sneak down to the rock quarry or beach and make inappropriate jokes with one another, laughing about the most nonsensical stuff. Or maybe you’d scope out a friend’s attic, stumble upon a treasure map, and spend the weekend evading thugs while hunting down an old pirate’s stash of treasures.

What, that never happened to you?

I guess that was an adventure exclusive to the preteen crew of The Goonies, the 1985 comedy that introduced the world to Samwise Gimli and Thanos before they were cool. No, really. Way before they were cool and hogging up the spotlight. The Goonies is chock full of dorky adolescent humor and stars a cast of the nerdiest actors of the time. In the wrong hands, those elements can come together for something that’s over-the-top cheesy and too cringeworthy to enjoy. With Richard Donner at the helm, though, it translates to one of the most enjoyable, iconic, and quotable movies of the 80s.

When Michael “Mikey” Walsh (Sean Astin) learns that his house is going to be foreclosed on, his friends gather for one last weekend of insults and immaturity. However, when they stumble upon a gold piece and a treasure map from the 1600s, they opt not to take the foreclosure sitting down. With map in hand, the quartet set out to find the treasure, save Mikey’s house, and keep the Goonies together. Of course, what would an adventure be without a little peril like booby traps, a money-hungry crime family, and a concerned older brother?

The Goonies has it all, but what shines most is its cast. Joining Astin in his premier role is Josh Brolin, also making his first on-screen appearance, as Mikey’s brother Brandon. The ensemble cast also features budding star Corey Feldman, fresh off his return to the Friday the 13th series, as Mouth; Jeff Cohen as Chunk, the target for much of the group’s jokes; and Jonathan Ke Huy Quan as the inventive Data. Kerri Green and Martha Plimpton round out the crew as Brandon’s love interest and her worrisome friend.

There’s danger at every corner for the Goonies, but their biggest obstacle is the Fratelli crime family. Being a movie geared towards a younger audience, the Fratelli matriarch, her bumbling sons, and their muscle are more comedic than anything. Anne Ramsey, Joe Pantoliano, and Robert Davi portray the villainous goofballs wonderfully, but the breakout performance came from John Matuszak as the deformed but kind-hearted Sloth.

Sloth and the Goonies all have something in common. They’re outcasts, and that’s exactly what this movie is about. Sure, we get caught up in the fun thrills of exploring deadly caves or discovering age-old pirate ships, but The Goonies has a ton of heart and, for many, is completely relatable. If you fell into the “nerdy kid” stereotype in school, then these were the friends you spent weekends causing trouble with.

Even if you didn’t hang with a Mouth, a Chunk, or a Data, you won’t have a hard time getting sucked into The Goonies. It’s the kind of movie that’s made for everyone, with jokes and gags that cater to all audiences without sacrificing overall quality. Its melding of comedy and adventure gives it an Indiana Jones vibe, but the cast makes it more relatable to a younger crowd. Then there’s the screenplay, penned by Chris Columbus, and story, conceived by Steven Spielberg, which help craft this family-friendly, comedic adventure that became a go-to source of entertainment for decades. The Goonies fits right into the pantheon of the 80s, with movies that somehow spanned generations and appealed to every age group. It may not have had the franchise power of movies like Ghostbusters and Back to the Future, but it’s a Hollywood gem that audiences have been clamoring for more of.

Donner’s romp beneath the streets of Oregon undeniably earned its place as a cult classic. Sure, the tone can be a little off before the adventure kicks in and it’s ripe with the corny messages you’ve come to expect from the 80s. However, the movie’s charm overshadows its pitfalls. Maybe the most surprising thing is that you never feel like you’re watching kids on screen. They’re young, sure, but they have the heart – and the language – of their elders. While their “maturity” may be hard to believe nowadays, it was a common staple of the era seen in movies like Stand by Me and The Monster Squad.

What’s most surprising is that much of the cast never chased the stardom they deserved for their standout performances. Jeff Cohen dropped off the radar in the early 90s, favoring a life of law instead of acting. Ke Quan was a lovable addition to The Temple of Doom a year before The Goonies, but never really rose above the legacy of Data. Unfortunately, Matuszak’s budding career in acting was shut short with his death in 1989. Despite their limited time in the spotlight, they’re an unforgettable part of cinematic history.

Like so many movies of its time, The Goonies is the kind of film that stops you in your tracks when you catch it on tv. It’s easy to sit down with, regardless of how many times you may have seen it already. Viewers are sure to love Chunk’s borderline slapstick comedy, Mikey and Brand’s authentic brotherly bond, Data’s quirky and often illogical inventions, and Mouth’s inherent ability to drive everyone crazy.

I hate to be cliche, but they truly don’t make them like this anymore. Many movies have tried to replicate the chemistry and delight of being that age only to come up painfully short. Some things just fall perfectly into place and aren’t intended to be duplicated. The Goonies just so happens to be one of those things. 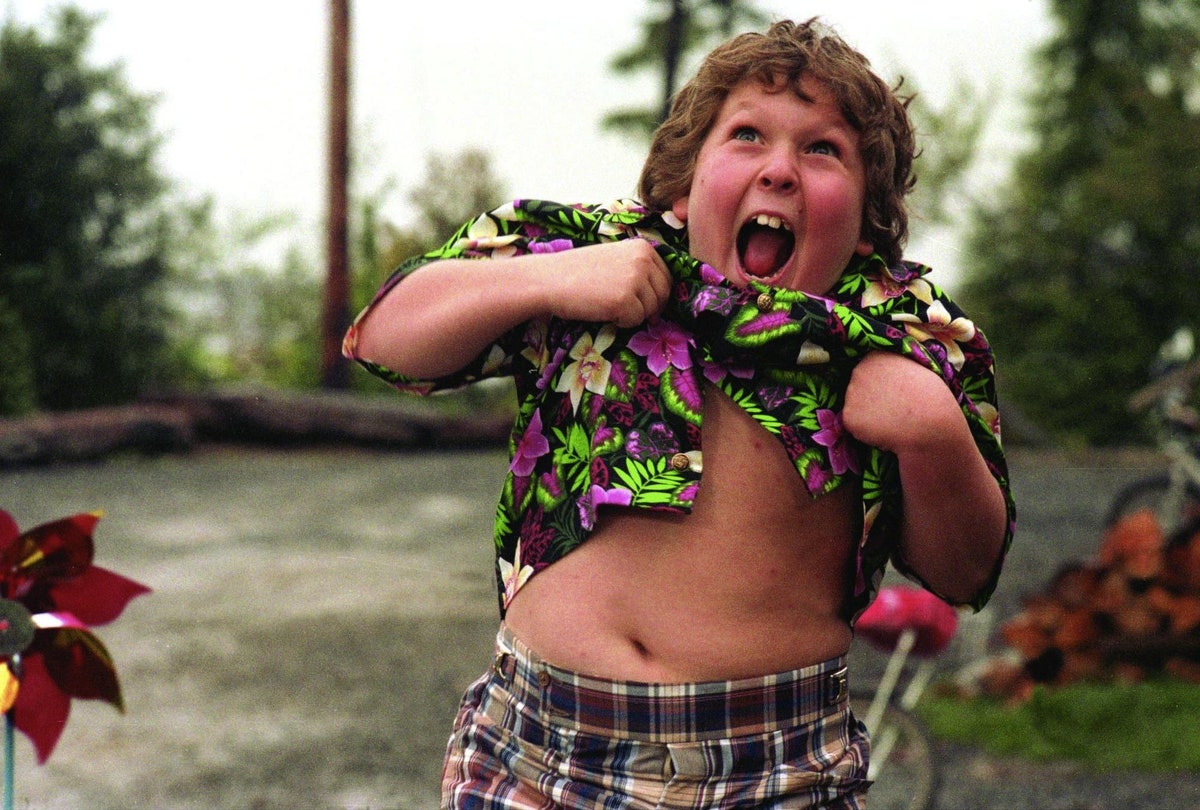