Writing a review for The NeverEnding Story is no easy task. This film exists outside of all conventions, and if you believe the content of the movie, we are all just part of the story.

September 30, 2020 — Most Millennials will tell you that they have mixed feelings about this film. When you talk about it, it simultaneously drums up fond memories with a sprinkling of childhood trauma.

If you have never seen this movie, you probably wouldn’t understand why a film can have such a polarizing air but still be beloved by so many of the generation. I’ll do my best to explain why The NeverEnding Story is such an enigma.

The story begins with Bastian (Barrett Oliver) sitting at the breakfast table with his father (Gerald McRaney). They quickly catch us up on the subjects of Bastian’s overactive imagination and his recently deceased mother. That’s right; this children’s story starts with a double whammy of a dead mom and a kid who needs to stop being imaginative. It doesn’t get any better for young Bastian either. On his walk to school, he is accosted by three bullies who toss him in a dumpster and then chase him into a book store. The crotchety owner of the book store doesn’t much care for kids but is quickly won over by Bastian’s overwhelming knowledge of classic literature. The bookstore owner gifts Bastian a book that serves as the catalyst of the movie.

Bastian gets to school and, instead of heading to class, takes the book to the school’s attic. He dives into the crazy world that is Fantasia, where we immediately meet a few non-essential characters like The Rock Biter and the Night Hobb. They only exist to move the plot forward by bringing us to meet the great warrior Atreyu (Noah Hathaway) and learn about The Nothing and the Child-Like Empress (Tami Stronach). This is where the movie begins to go downhill.

The scene that sticks in every kid’s mind happens early in Atreyu’s journey when his horse, Artax, finds himself stuck in the swamp of sadness and eventually gives up, sinking to the bottom of the swamp. Soon after, Atreyu comes across a giant tortoise called Morla, who has been alive for so long that it doesn’t care about anything. Producers basically put the physical embodiment of depression in a children’s movie. As if the swamp of sadness wasn’t enough, it is the first time we see the giant and a terrifying wolf-like creature named G’Mork in his full form. G’Mork is only inches away from Atreyu when Falkor the Luck Dragon (Alan Oppenheimer) whisks him out of the swamp.

Falkor brings Atreyu to the Southern Oracle, where he meets Engywook (Sydney Bromley) and his wife Urgl (Patricia Hayes), who care for him. This sets up another problematic scene where Engywook explains what Atreyu needs to do to get to the Southern Oracle. Atreyu watches a knight in armor try to pass two sphinxes who open their eyes and shoot lasers at him, effectively vaporizing the knight and his horse.

Of course, Atreyu makes it through the tests and the Southern Oracle tells Atreyu that the only way to save Fantasia from The Nothing is for a human child to give The Child-Like Empress a new name. As Atreyu fights to find the child, Fantasia falls apart around him. In the world of reality, Bastian is grappling with the idea that  Fantasia may be more real than he believes, and he may be the human child that needs to give the Empress a new name.

This depressing movie isn’t done being depressing, though. Atreyu has one last depressing conversation with a character called The Rock Biter, where they both lament about their failures. Ultimately, the Rock Biter says that he is going to sit there and wait for The Nothing to take him away. Atreyu moves onto find G’Mork, the terrifying wolf-creature who hunted him through the movie. G’mork jumps at Atreyu, but the great child-warrior kills the creature with a jagged rock. Still, it’s a hollow victory as Fantasia continues to crumble around him. Despite Atreyu’s best efforts, Fantasia falls apart.

Meanwhile, in the real world, a storm rages outside as Bastian reads of the collapse of Fantasia. He argues out loud with himself whether he was a part of the story or not while the Empress explains the very meta concept that we are watching him read The NeverEnding Story. As the Empress pleads with Bastian to call her name and save Fantasia, he runs to the window and screams his mother’s name.

This is where things start to get weird. Well, weirder. The Child-Like Empress shows up in the real world and bestows Bastian with God-like powers to restore Fantasia and make it how he wants it to be. Of course, after bringing everything back from The Nothing, including Artax, Bastian’s first thought is to bring Falkor into the real world so he can torment his bullies with the help of the luck dragon.

So, yeah, a lot is going on in this movie, and most of it is terrifying for a child to watch. At the very least, it is confusing, which makes me wonder why we loved it so much as kids. Even the characters made to be lovable like The Night Hobb and The Rock Biter are not particularly appealing to the eye.

The one place where The NeverEnding Story did earn its spot in the annals of pop culture is with its theme song. The aptly titled “The NeverEnding Story” by Kajagoogoo lead singer Limahl aka Christopher Hamill, will get stuck in your head for days. The music, and indeed to some extent the movie, was given new life when Netflix hit Stranger Things featured it in a hilariously awkward scene. Afterward, there was a short-lived NeverEnding social media challenge that introduced a whole new generation to the song.

Despite the problematic nature of this film and how poorly it has aged, most Millennials who remember it will tell you that they have fond memories of Falkor the luck dragon and how brave Atreyu made them feel. Maybe it wasn’t all that bad, but this movie could do with a modern-day update. The film did spawn three sequels and two TV shows with varying continuity, so it is not like the property doesn’t have room to explore. 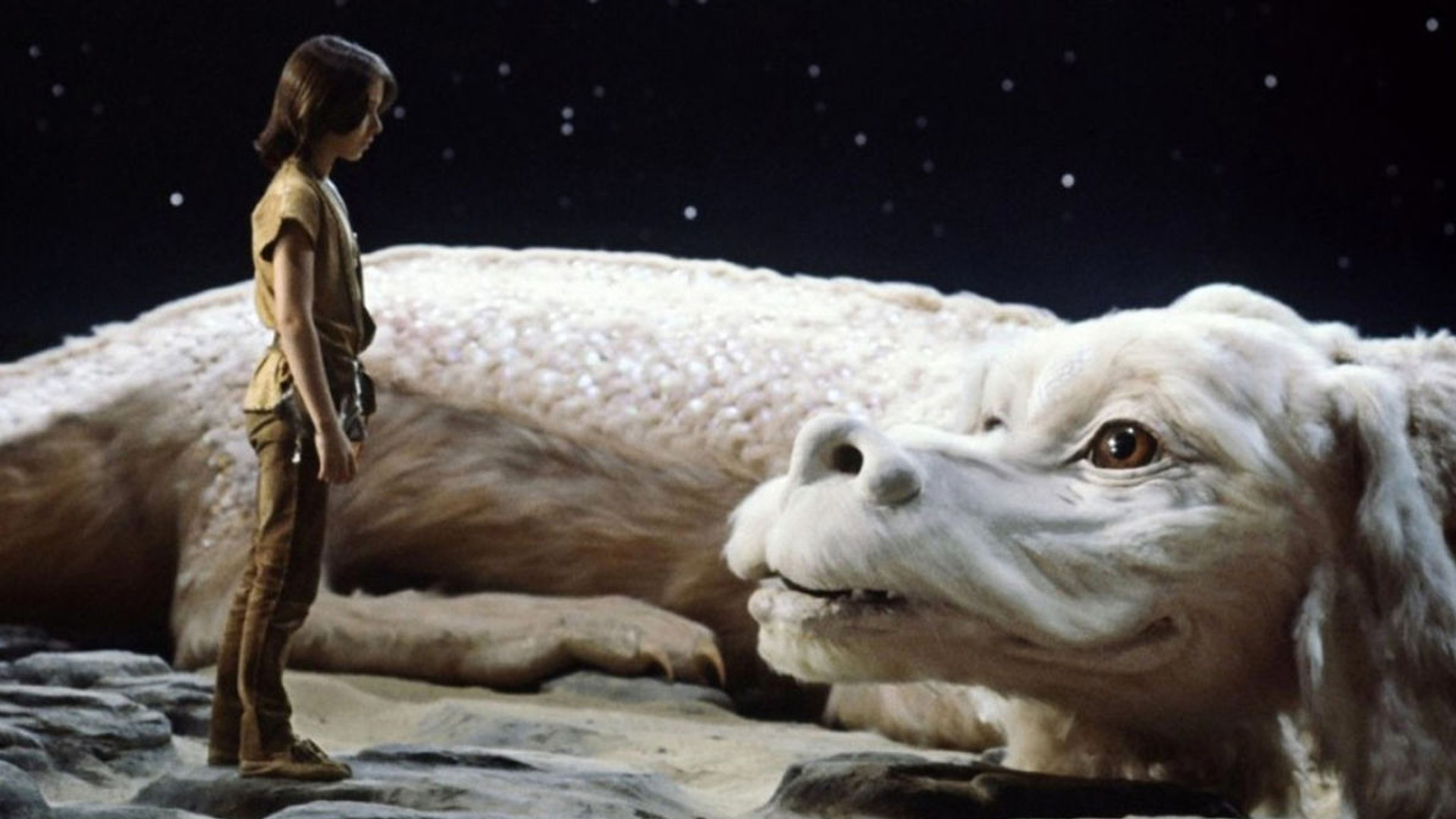