May 17, 2020 — When I sat down with Top Gun, I didn’t really know what to expect. Sure, I understood the basic premise and that Tom Cruise was some hotshot in the sky, but I guess I never contemplated just how “80s” the movie was going to be. To say it personified the generation may not be a strong enough statement, but more on that a little later. What I can say is that it’s not a movie for everyone, but it’s a movie that everyone needs to watch.

Top Gun is a 1986 American action drama film directed by Tony Scott, and produced by Don Simpson and Jerry Bruckheimer, in association with Paramount Pictures. The screenplay was written by Jim Cash and Jack Epps Jr., and was inspired by an article titled “Top Guns” published in California magazine three years earlier.

The 1986 classic follows Cruise as Pete “Maverick” Mitchell, an arrogant pilot selected to train as part of the TOPGUN, or United States Navy Strike Fighter Tactics Instructor program. That’s right, it’s more than just a cool title for a movie. TOPGUN is a real naval program that calls upon the best of the best. The purpose is to train them in advanced tactics, which graduates are then expected to pass down to others in their operating units. Except in Top Gun, it’s totally just a competition over a trophy that, in real life, doesn’t even exist.

That’s one of the movie’s biggest missteps. It doesn’t take the very program it’s built around or the military aspects seriously at all. Cruise’s Maverick and Anthony Edwards’ Nick “Goose” Bradshaw” treat it like a cheap competition. It’s up to Tom “Iceman” Kazansky (Val Kilmer) to ground them, ultimately by insulting Maverick’s cavalier attitude that, surprise surprise, bites him in the butt later on in the movie.

Had I any sort of military training prior to watching the movie, I’m sure I’d have cringed the entire time. It’s especially surprising considering the Pentagon and the U.S. Navy had a hand in crafting this 80s masterpiece. Complete aspects of the movie were nixed or altered in pre-production by the Navy, such as Maverick’s relationship with Charlie. Originally, she was intended to be an enlisted member, but the Navy stepped in, finger wagging, because fraternization between officers and enlisted personnel is prohibited. Even the Pentagon played a role, providing the needed carriers and planes at a heavily discounted price in exchange for a meticulous review of the script to ensure the movie was very pro-military.

Top Gun lays the love for the Navy on thick, but not nearly as thick as its soundtrack. Don’t get me wrong. It is a good soundtrack that earned its spot on the top of the U.S. charts. However, you’d think there were only two songs instead of the actual ten. “Danger Zone” and the Academy Award-winning “Take My Breath Away” play on a near-perpetual loop that you can pretty much pinpoint when they’re going to start up again. If Cruise and his one-note love interest Charlotte “Charlie” Blackwood (played by Kelly McGillis) are on screen, you can bet the signature opening notes to Berlin’s track will kick in shortly after.

One can’t talk about Top Gun without bringing up the film’s second-biggest mistake – the relationship between Maverick and Charlie. It’s contrived and forced and, ultimately, serves no purpose to the central story. The movie clocks in at almost two hours long. Remove any interaction between the two and you’d have the same movie, only at a more bearable length.

Their chemistry is non-existent, but to be fair, Top Gun is completely devoid of fleshed-out relationships. I wanted more out of the antagonism between Iceman and Maverick, but Kilmer is shockingly absent for much of the movie. Sure, he’s on-screen quite a bit, but he rarely interjects anything into the scene. All of the relationships, save for Goose and Maverick’s friendship, are very surface-level and could be dropped in an instant.

Much of this is a script issue as the stellar cast didn’t have much to work with. While gloriously corny, as one would expect from most iconic 80s movies, Jim Cash and Jack Epps, Jr. seemed to have a hard time crafting the witty banter needed to make the character’s shine. Credit does go to Michael Ironside, Whip Hubley, and Tom Skerritt, who did what they could with the little they were handed.

While I presume you’re supposed to walk away from Top Gun feeling patriotic and very anti-Russian, it didn’t hit me. The movie I saw was not your typical military pride piece and instead came off as an expose on erotic male energy. You know, just with planes. It completely ruined volleyball for me with a segment that had two purposes: first to get Cruise and Kilmer shirtless, then to lead up to a weird, short-lived gag about needing to shower. Speaking of gags, there’s a ridiculous one involving an air traffic controller (Duke Stroud) and coffee that’s so out of place it had to spawn from an inside joke.

Top Gun does shine where it counts most – in the air. While it’s chaotic to follow and some of the action gets lost in the cuts to the cockpit, the aerial cinematography is brilliant. The movie was made in a time before CGI was even close to its prime, so the production had two options: use really cheap looking effects or include real footage of F-14s. Thankfully, they went with the latter, and it really helps you forget justs how flat the rest of the film is. While it, again, primarily revolves around winning a trophy, that doesn’t take away from the incredible stunts and smooth flying of the real U.S. Navy pilots.

Though I wouldn’t revisit Top Gun at any point in the future, I have to admit I get it. The movie is so over-the-top that it can not be popular. Cruise, Kilmer, and Edwards are so ridiculous, but I will remember them weeks, months, and even years out. Though you’re sure to forget the forced romance between Cruise and McGillis, you can’t forget things like that shirtless volleyball match, the awkward deliveries of the movie’s most iconic dialogue, and the two too many impromptu singalongs.

Top Gun is top-level cheese that has earned its right as an 80s favorite. Like so many things we get nostalgic over, had I watched Top Gun when it first released, I’d likely agree that the memory of the movie is far better than the movie itself. 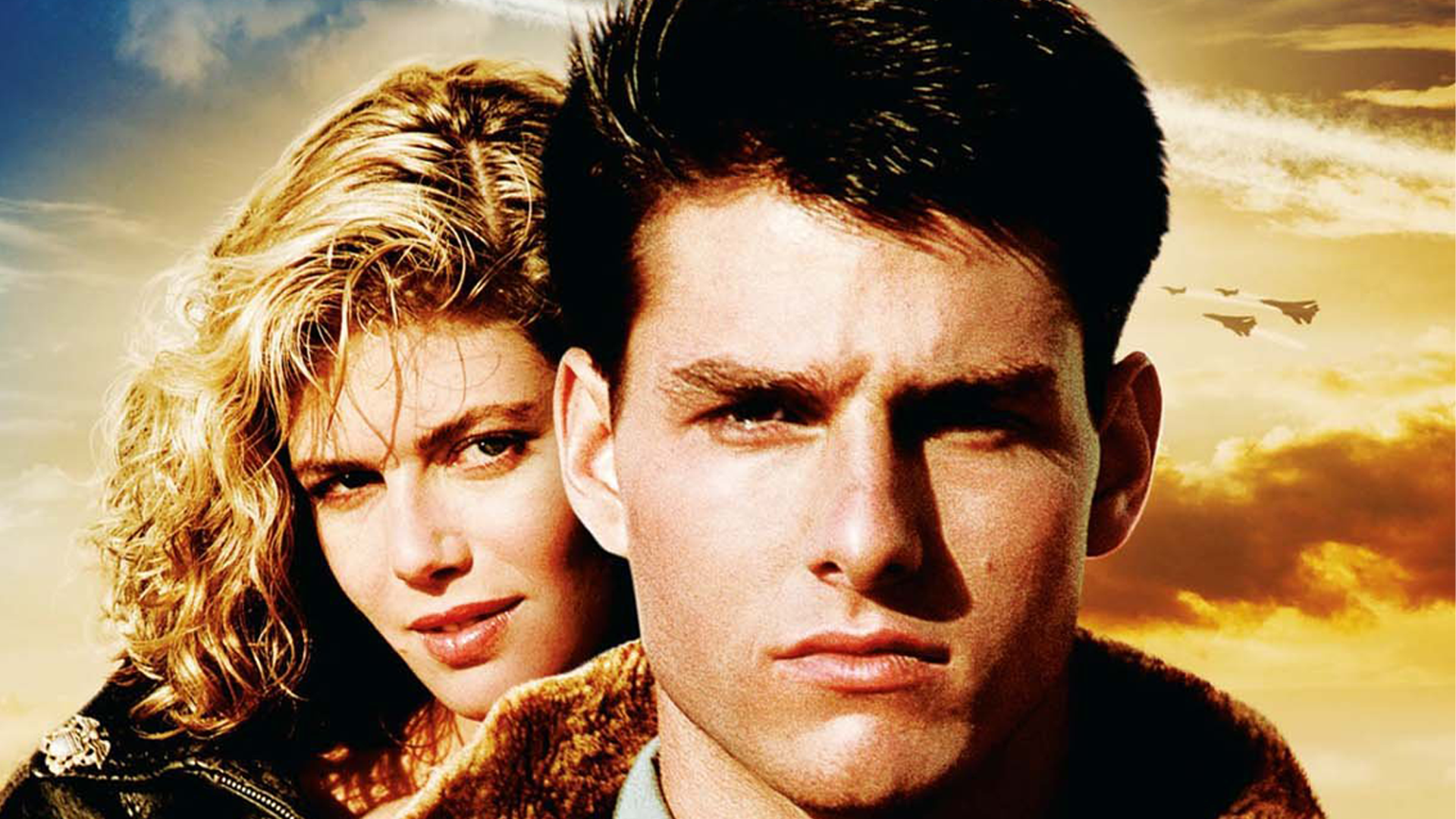