Such titles are not trying to revolutionize everything and care only about fun. On the surface, that is exactly what it seems like developer BEEP was going for when it revitalized the Cotton series after an 18-year hiatus (this is their first game.) Cotton: Fantastic Night Dreams established the “cute ‘em up” genre in 1991, when the game first launched in Japanese arcades (it was coin-op developer SUCCESS first game, a Japanese developer that is still active.)

“Chaotic. Frantic. Purposeless. Those may sound like bad things, but rest assured they are not: the game fits all three categories in a way that it is more than a little addicting and FUN.”

Blending classic shoot ‘em up gameplay with cutesy designs works quite well, and the remastered version Cotton Reboot! does a fantastic job of capturing the unsophisticated chaotic essence whilst retaining a lush, adorable pixel art look. The question is, is that necessarily a good thing? While the reboot remains true to the original, which likely appeals to Eastern audiences’ arcade nostalgia, Cotton Reboot! is possibly too shallow and repetitive to make any waves in the West.

Do not expect to get wrapped up in some epic quest for survival or journey for revenge. Cotton Reboot! keeps things simple with a virtually non-existent story. Sure, there are the makings of a barebones story involving video game mainstay “characters and conflict,” but the story scenes are skippable without hindering the game’s integrity. While a complete lack of a backdrop knowledge can often be bad for the overall experience, here, it makes no difference as the point is to get lost in frantic, fast-paced gameplay hailing back to the arcade era.

Worlds divide when it comes to Cotton Reboot!’s audio and visuals. On the one hand, it’s a beautiful, colorful game with surprisingly detailed worlds to fly through and unique baddies to battle. On the other, it’s audibly unremarkable. 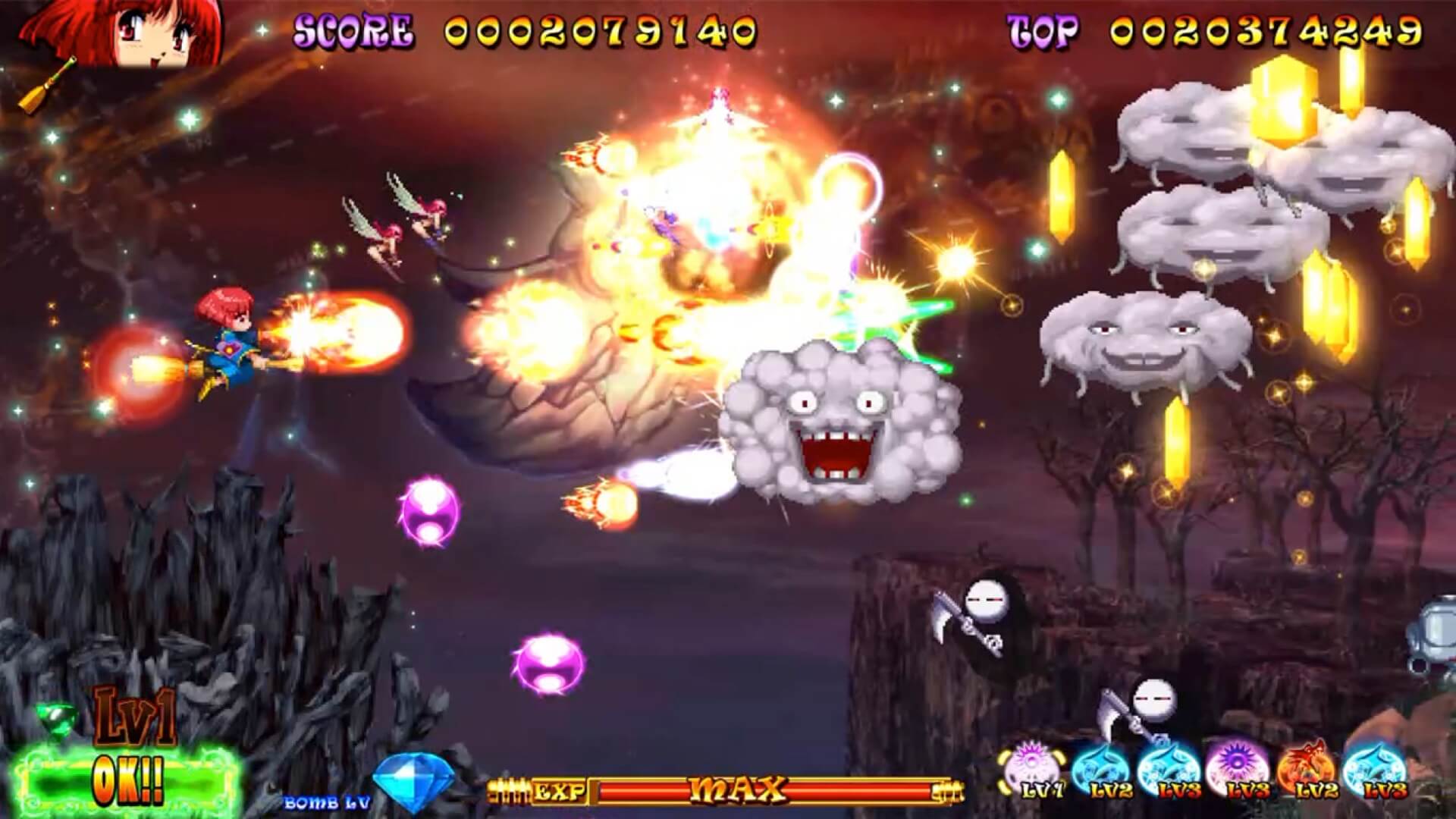 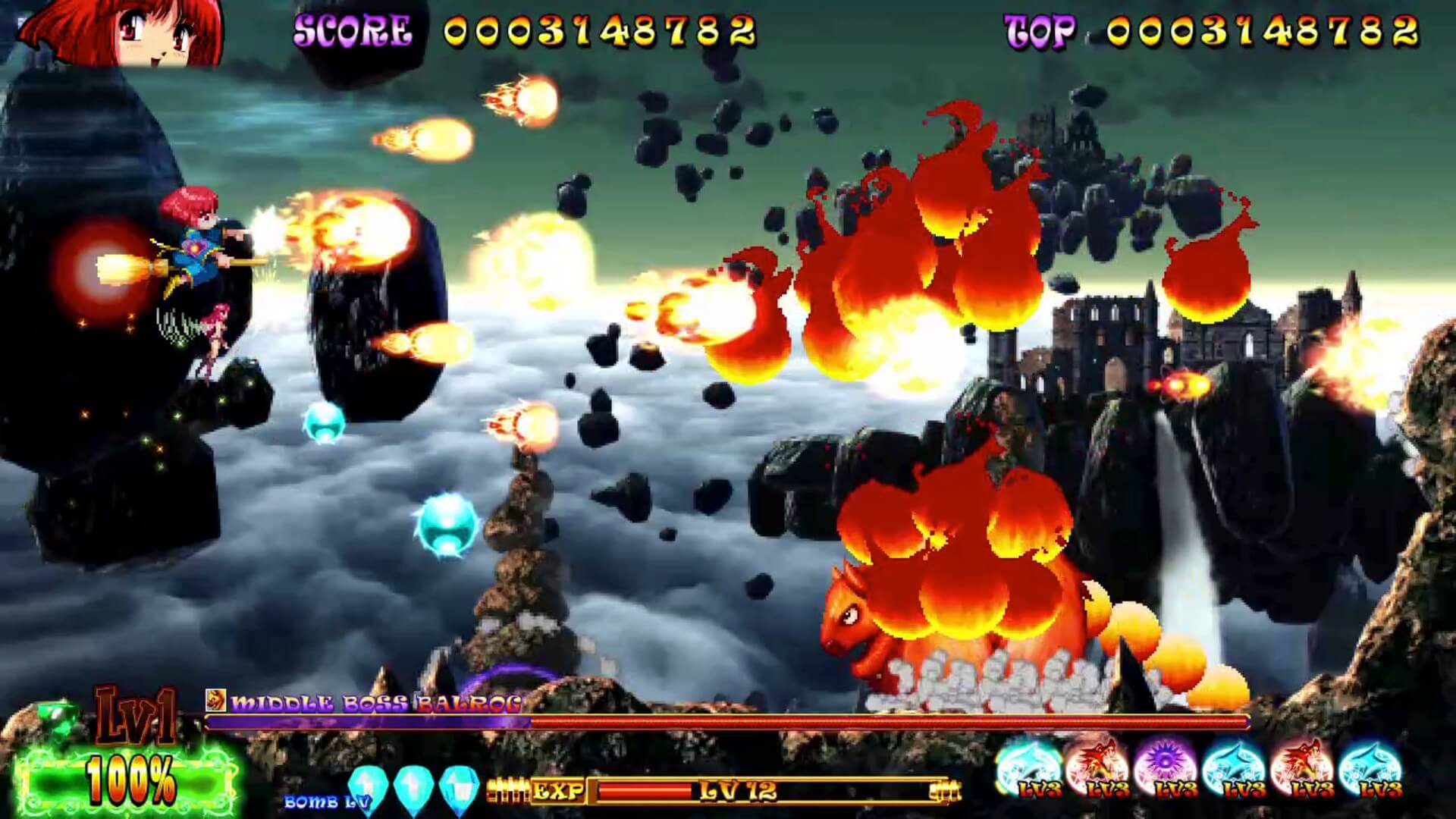 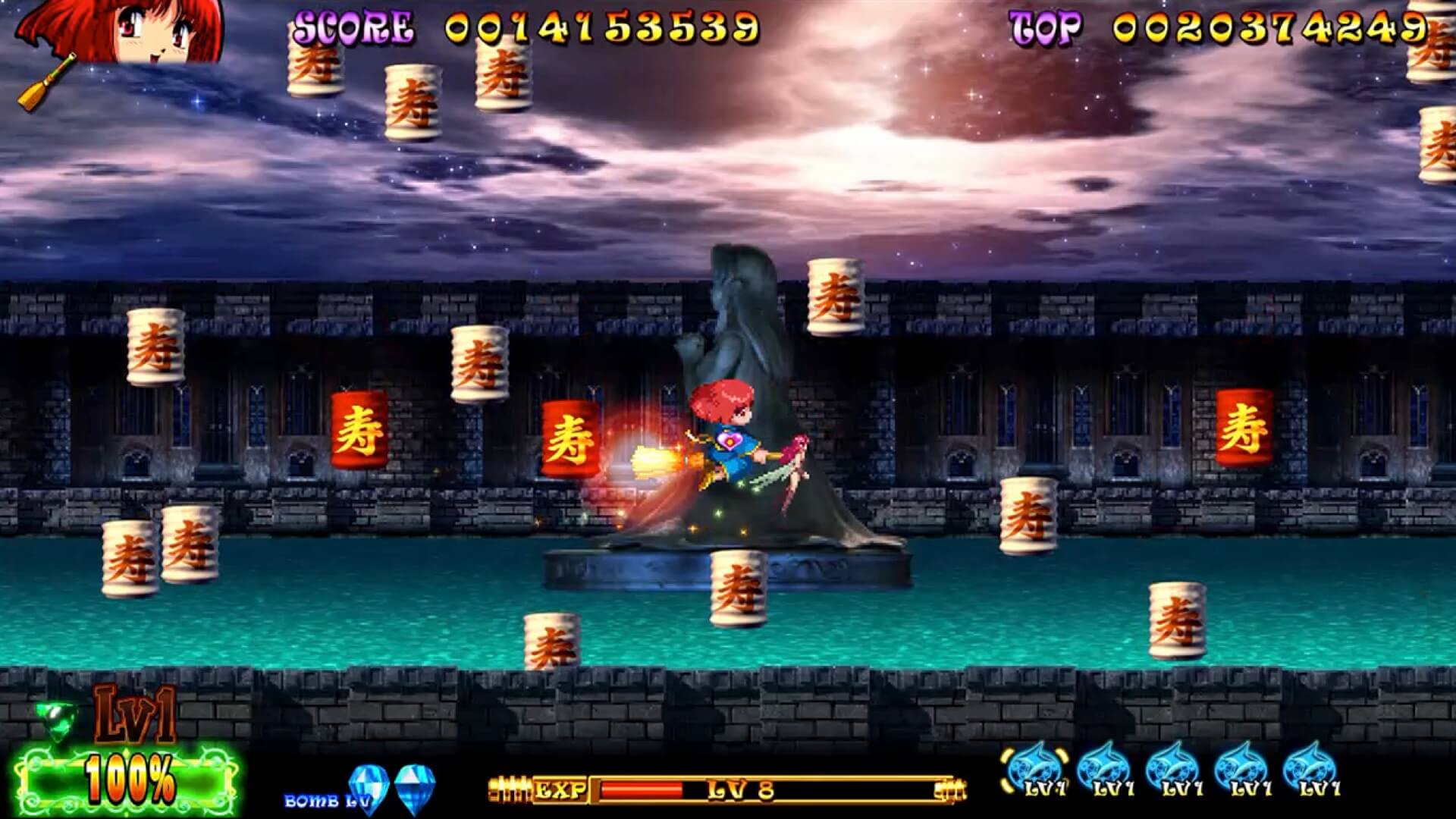 Expect the bleeps, bloops, and clanks of a generic arcade title that struggle to be heard through a loud and disjointed soundtrack. Everything in Cotton Reboot! is veritable chaos. It just works better visually than it does through the game’s forgettable audio.

Chaotic. Frantic. Purposeless. Those may sound like bad things, but something is to be said about a game that fits all three categories but can still be addicting. It can be seriously meditative to get lost in a fun brain flow, and Cotton Reboot! is as mindless as they come — perhaps mindfulness would be an apt companion description. Lay a finger on the fire button, move about cramped SHMUP maps to avoid incoming enemy fire, unleash the occasional special power, and try to get the highest score — it is as simple as that. I kept trying to make more happen, but the reboot version opted to retain the core mechanics of Fantastic Night Dreams, right down to a “t.”

Shoot down the bad guys, avoid missile fire, collect power-ups, and survive until the boss fills the screen. It is a familiar formula that keeps working, and it is easy to understand why Bleep didn’t want to mess with it.

One thing Cotton Reboot! needed — that it was severely lacking — was stakes. No matter the difficulty, no matter how many times a player dies, there are never any consequences. Even after expelling the allotted three lives, the “Continue” option will bring players right back to where they died. If one’s goal is to wind up on the global ranking board, this may be an issue as death is no way to score points. Otherwise, one could fly straight and have the same experience.

Calling something simple, mindless, uncomplicated may sound like an insult, but they are well-meant descriptors Cotton Reboot! should wear with pride. Of course, players will not step away from this game like they just completed the latest heartfelt Naughty Dog adventure, but they will have passed a bit of time with a game that is straightforward and not afraid to rehash something that worked well in 1991 and slap better visuals on it.

The reboot also offers a couple of extra features: Time Attack mode and the ability to play the classic game. Neither is revolutionary, but fun options to have.

Cotton Reboot! is for a specific type of gamer. So long as they are okay with repetition, chaotic shoot ‘em up gameplay, and cutesy characters, players will love this graphically improved take on Fantastic Night Dreams. Those looking for anything deeper will want to steer clear.

Cotton Reboot! is available now for PlayStation 4 and Nintendo Switch. For more information on how to obtain the game, visit German publisher ININ Games’ website. The game can also be bought in physical form from Strictly Limited Games. 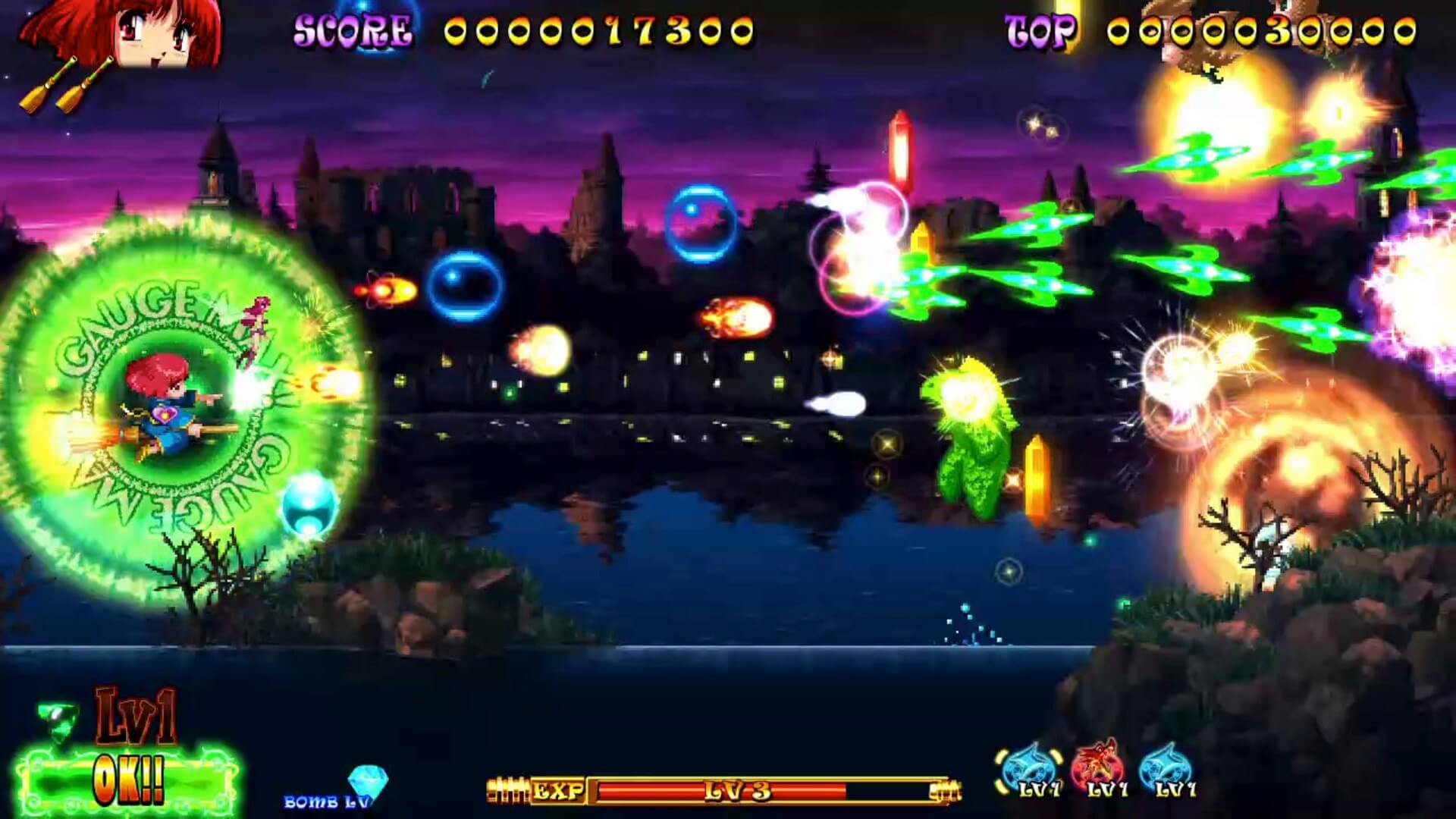 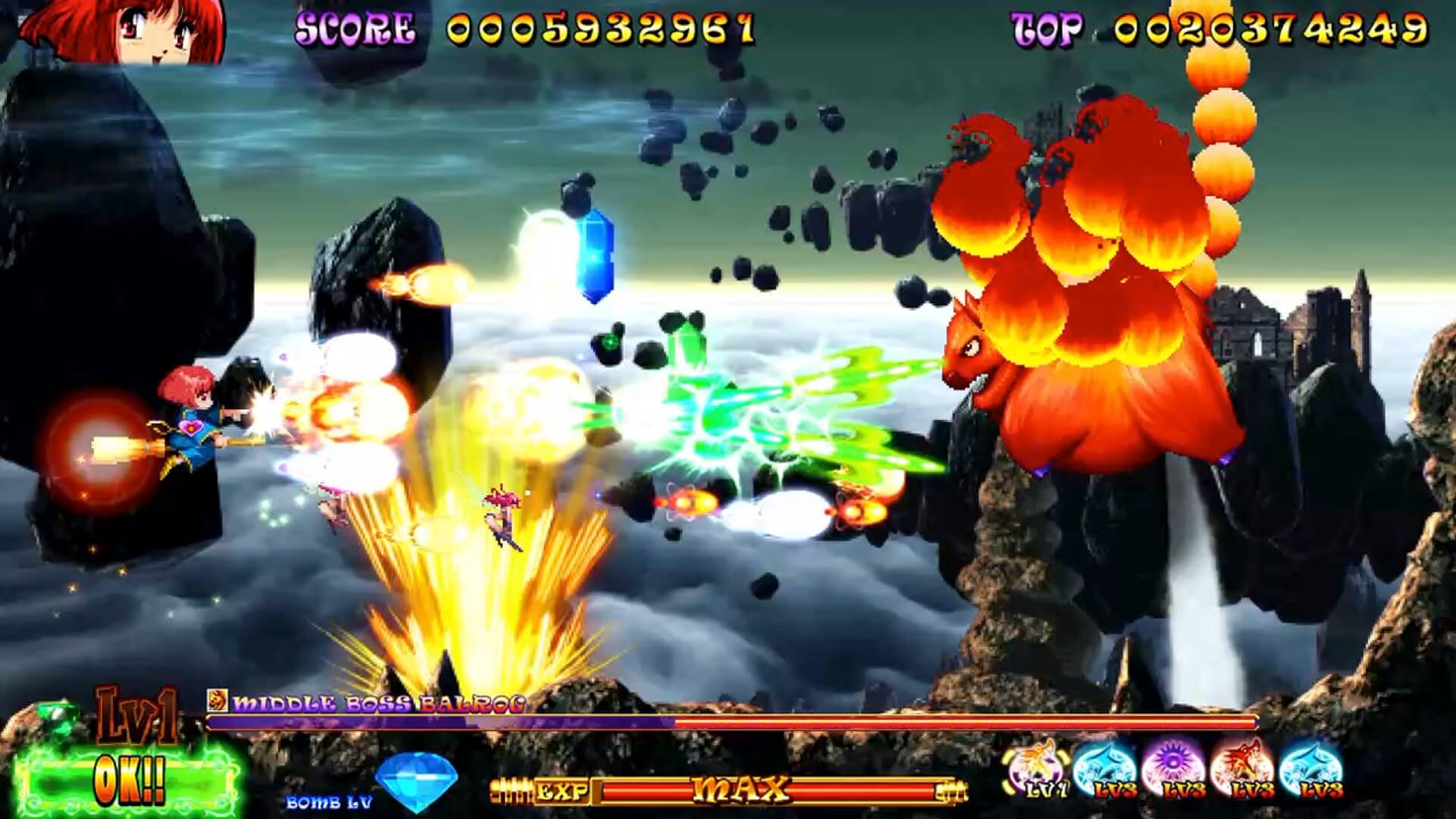 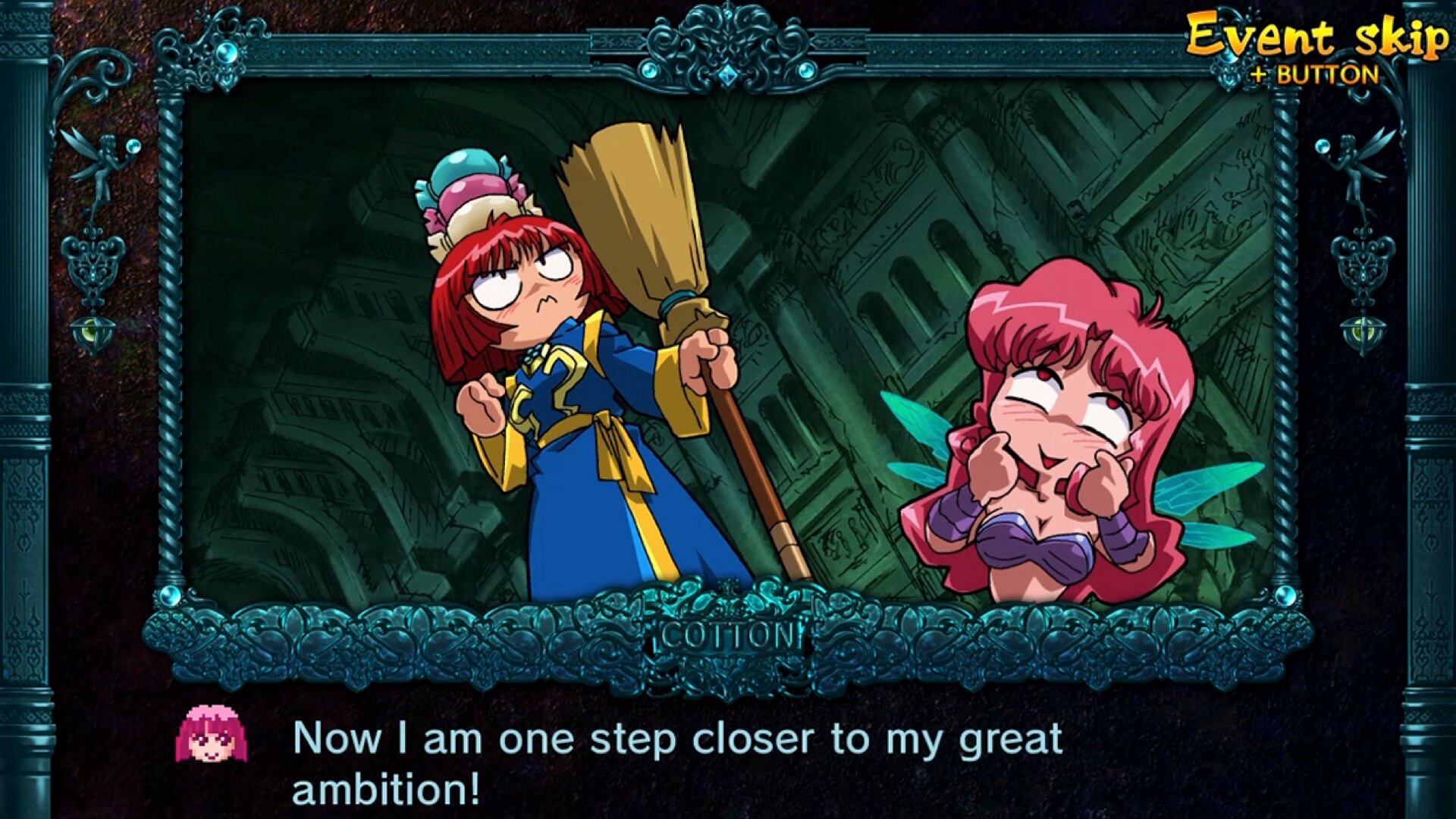 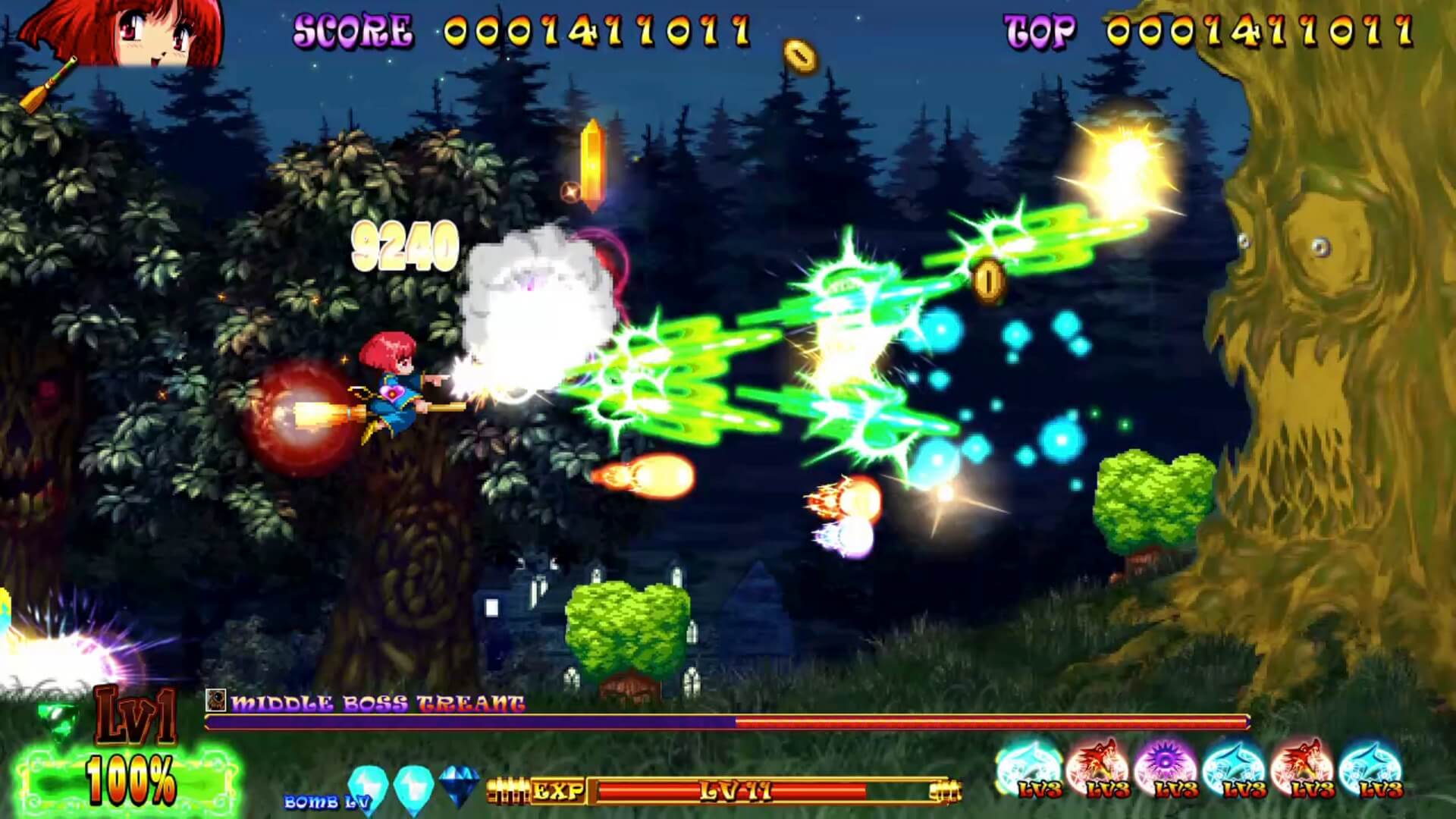