‘Dawn of the Monsters’ is a couch co-op, brawling action game that takes up to four players on a worldwide tour of destruction. But is it fun? Tristan Jurkovich finds out.

“The brawling mechanics are satisfying whether players are fighting their way through Dawn of the Monsters alone or local co-op style with a friend.” 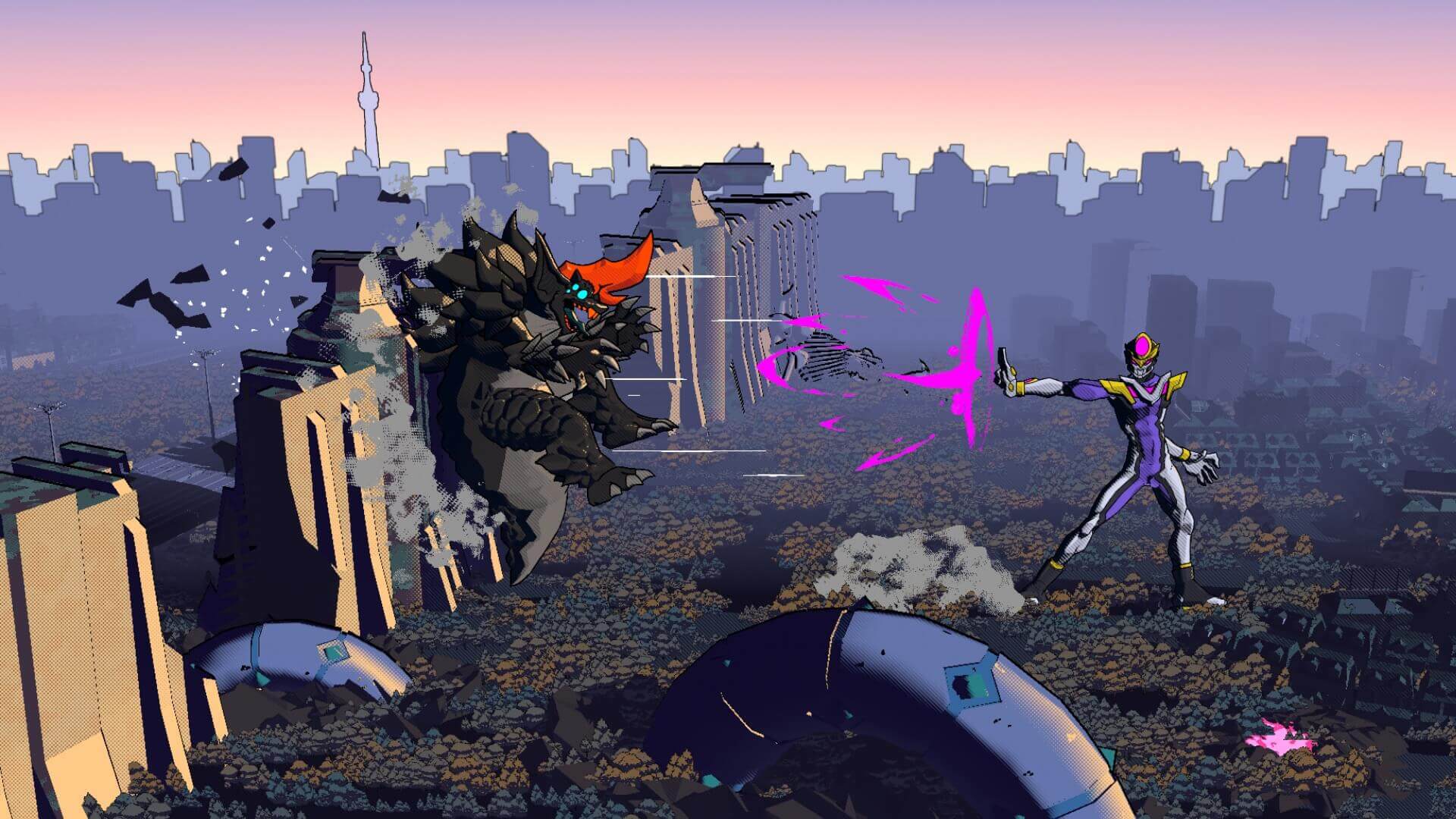 This was for the Game Boy Advance in 2002.  Prelude aside, Dawn of the Monsters feels like a more expanded idea rather than a straight-up sequel to Godzilla: Domination.

The story follows giant monsters coming down to Earth called the Nephilim. They want to destroy the planet. Go figure. A secret organization known as DAWN is created to fight these monsters. The playable team is comprised of two mech pilots and two monsters that were reprogrammed to fight for the greater good. The narrative may sound like a cliche setup, and it is, but the side moments with characters in-between battles are engaging enough. 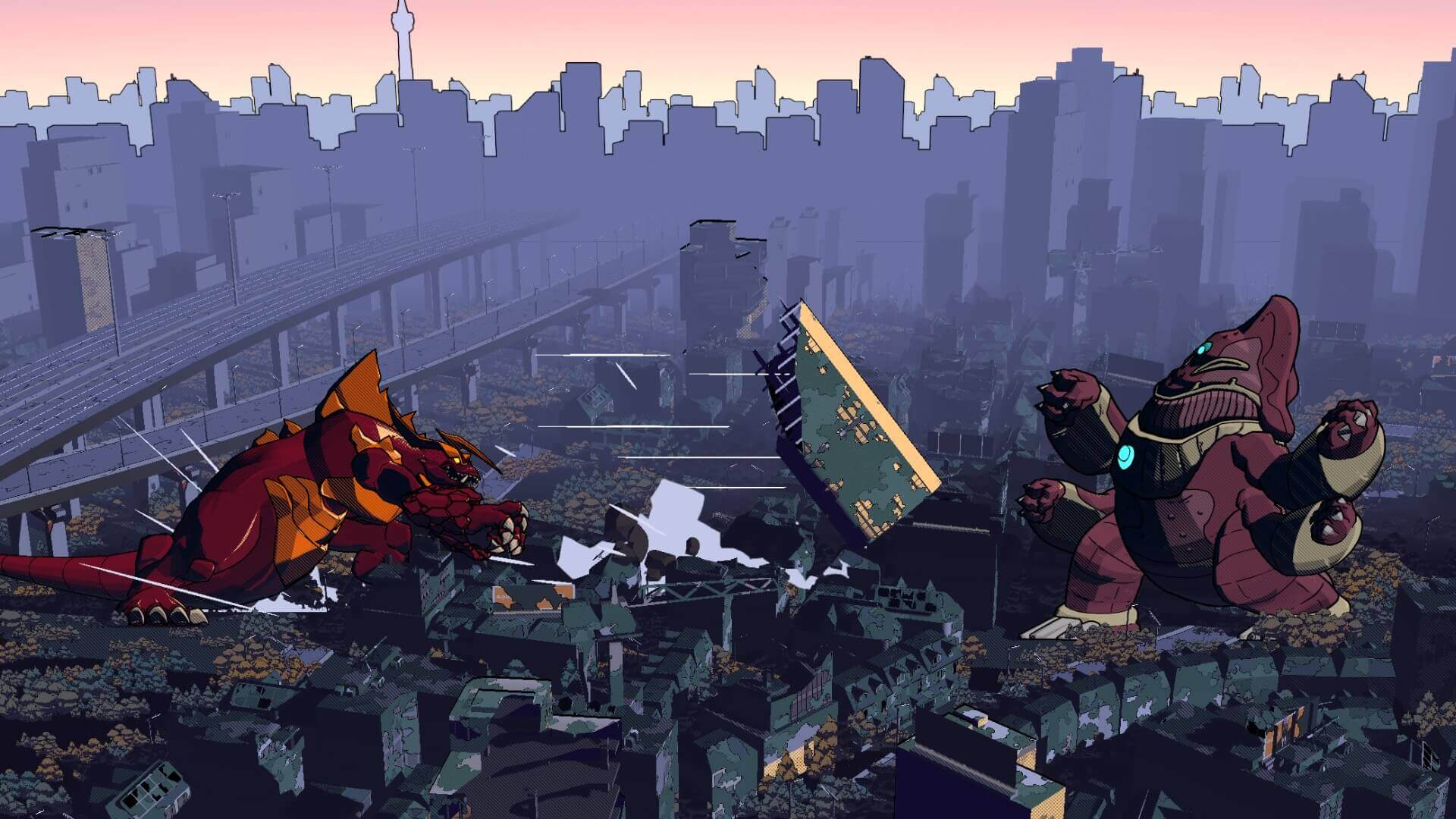 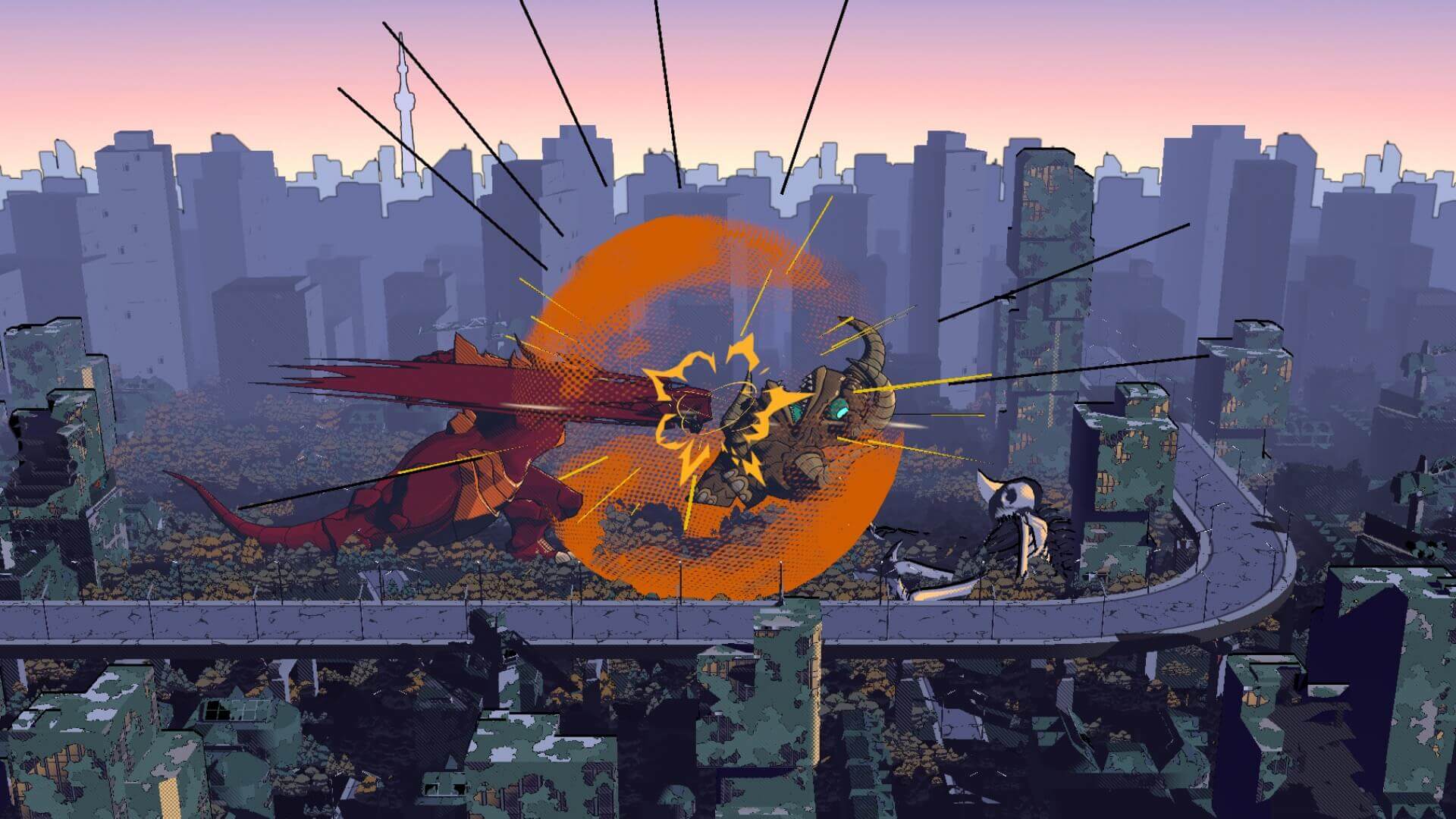 The art style of these cutscenes is drawn like a comic book with thick black lines and less vibrant colors. The same is true for the overall art style. It works for Dawn of the Monsters as it is inspired by so many works of fiction from the aforementioned comic books to movies to other games. The art style makes the game pop especially next to other modern brawlers.

A Lack Of Variety Drains The Vibe

There are aspects of the production that are less than stellar though. The four initial playable heroes are nicely varied aesthetically and in terms of gameplay. The same is true for the enemies. However, the game reuses assets like its monsters way too much. Also, there are not a lot of areas in the game, with the first one being Toronto. Players will do a few missions in each city before moving on.

“Aspects of the game are less than stellar as Dawn of the Monsters reuses assets like its monsters way too much.”

While the backgrounds may change between day and night patterns, the levels themselves will ultimately look the same. This makes the repeated monster designs even more of a bother. It can make Dawn of the Monsters feel more repetitive since the variety is lacking. That’s the trouble with brawlers both new and old. It’s hard to hook players into a game with basic setups.

The gameplay is not as robust as action-heavy games with sick combos like Devil May Cry. However, the brawling mechanics are satisfying whether players are fighting their way through Dawn of the Monsters alone or with a friend. It should be noted that co-op support is local only which may be a big deal for some. To those blessed with family members, significant others, or close friends to play games on the couch with, this shouldn’t be a big deal. 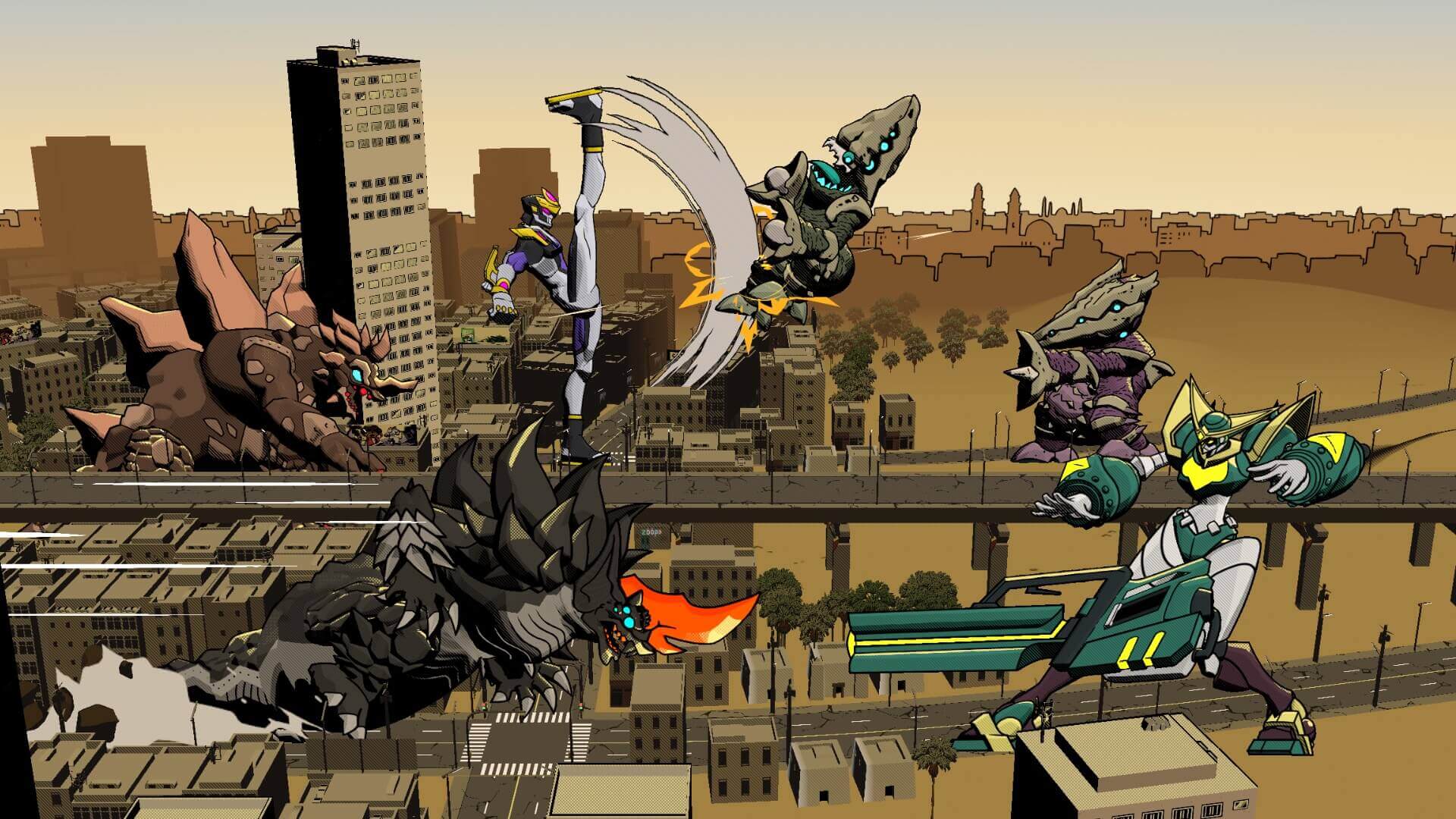 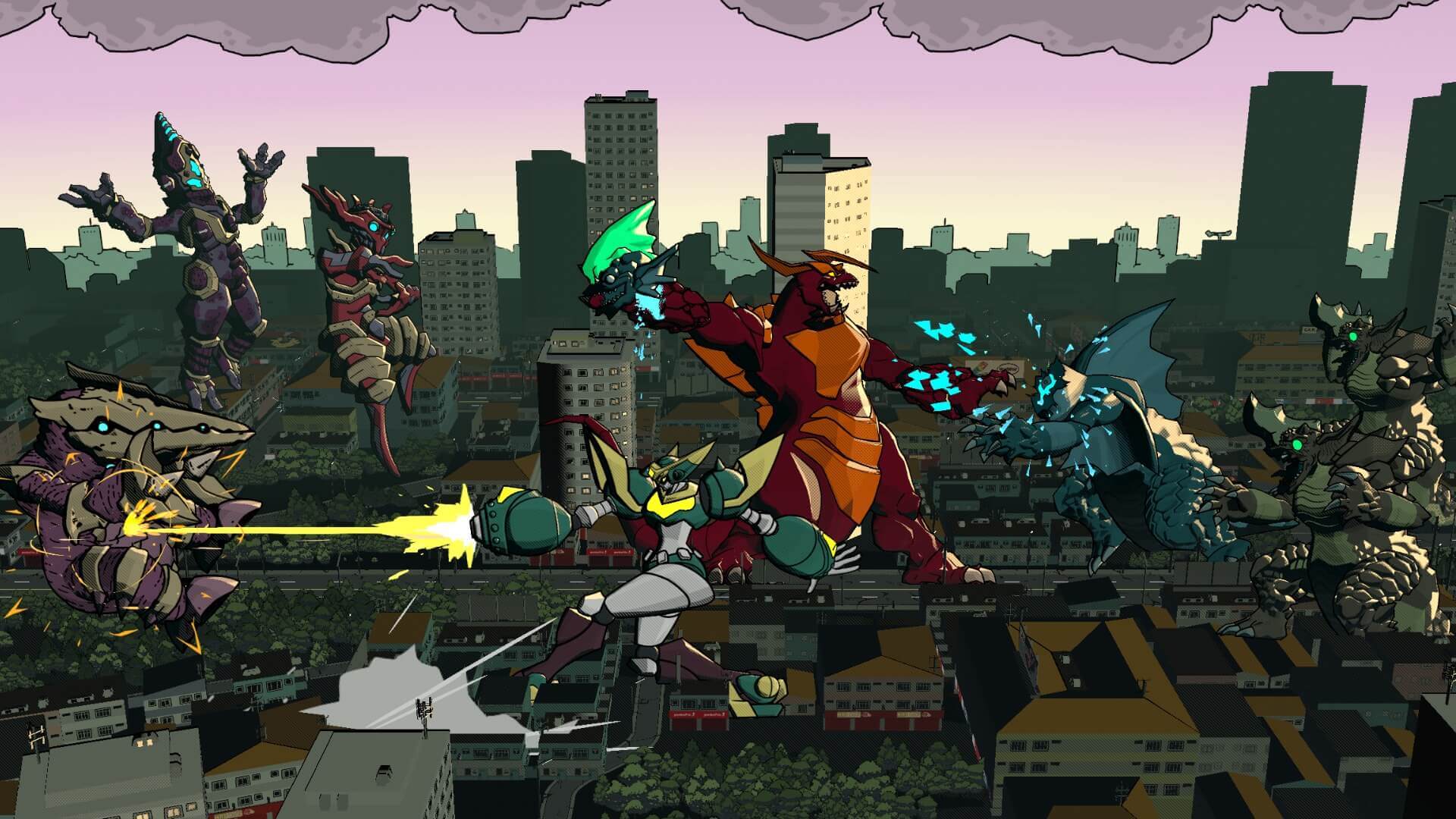 Each character has a basic and strong attack along with specials that run on a meter. This gauge will fill up as players pummel more enemies into the ground. This meter also allows heroes to drain health from enemies once they reach a certain threshold. Should you use your special to vanquish as many opponents as possible or use it to regain health when needed? This small aspect of the mechanics adds a bit more depth and strategy to the gameplay.

Time To Gear Up

At the end of every mission, players will be rewarded with a letter grade. There is a tiered list next to the results which shows the quality level of items players will get depending on this grade. These items, which are pieces of gear that characters can equip to boost stats, will always be randomized. The tier levels are similar to the colored pieces of equipment you get in a looter RPG like Diablo. The nice thing about the equipment in Dawn of the Monsters is that all playable characters can share the same piece of gear.

“The nice thing about the equipment in Dawn of the Monsters is that all playable characters can share the same piece of gear.”

It may not make sense but that is not important. Each character does play differently though despite the sharing of equipment and their basic move sets. Tempest Galahad and Ganira, for example, are great characters to play when alone. That’s because they have range, keeping you out of harm’s way with Tempest Galahad using guns and Ganira featuring a stretchy tentacle arm. Ganira can even summon a minion to fight alongside it in battle.

Two other monsters, Aegis Prime and Megadon, are fun to play too, but the others are better for solo play as Dawn of the Monsters can get overwhelming.

Like most brawlers, this game is best enjoyed with a companion by your side. It makes things easier since there are no set difficulty options or assistance features in the game.

What’s more to say about the Dawn of the Monsters? The playable characters are great and the overall design is cool even with its lack of variation in its monsters and levels.

On the whole, it is a game that does not revolutionize the genre but it is fun despite the repetition.

Developed by Canadian upstart developer 13AM Games, and published by retro-specialists Wayforward, Dawn of the Monsters is available for PlayStation 4/5, Nintendo Switch, Xbox One, Xbox Series X/S, and Windows by way of Steam.

‘Dawn of the Monsters’ Xbox One HD Screenshots 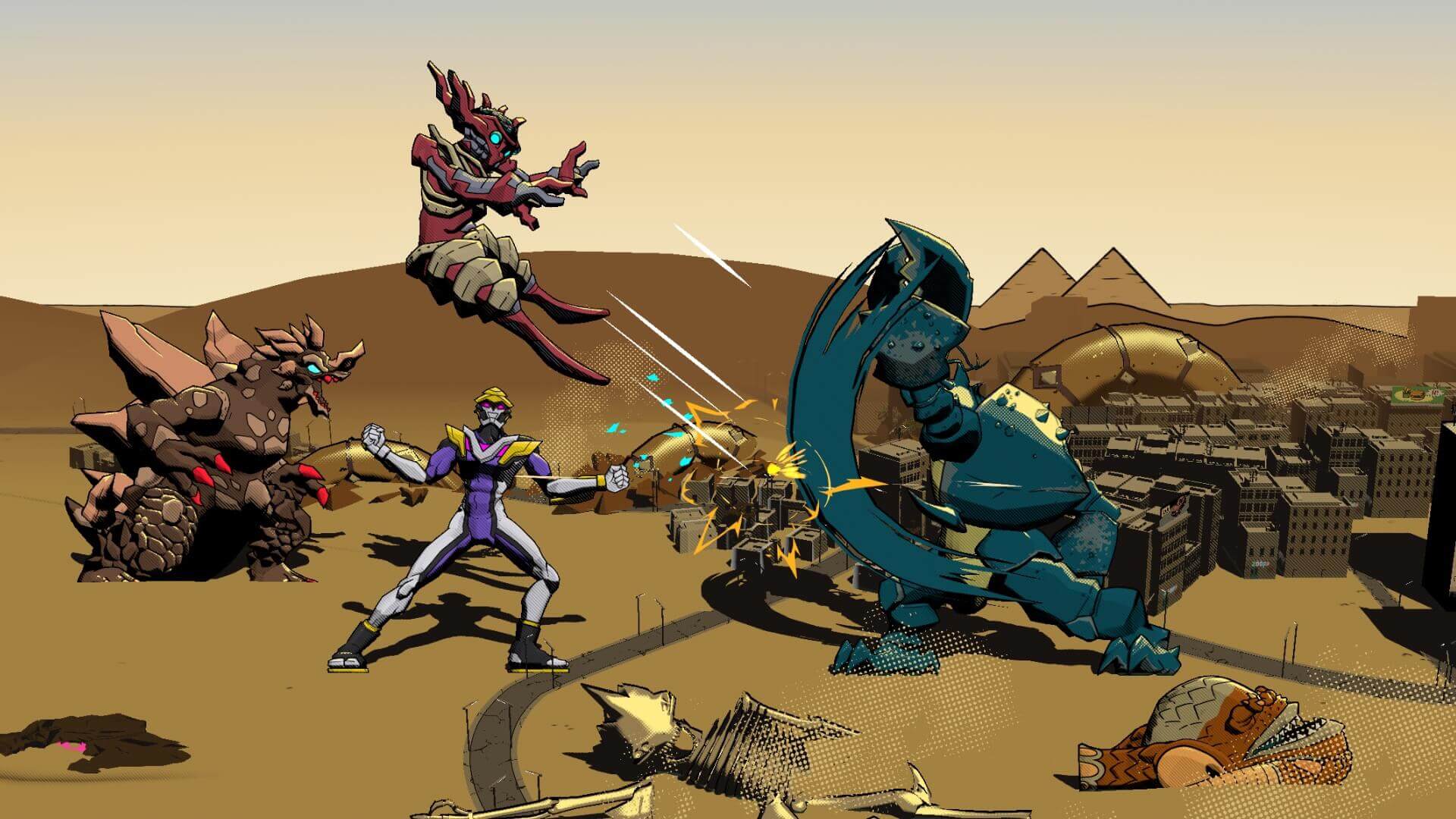 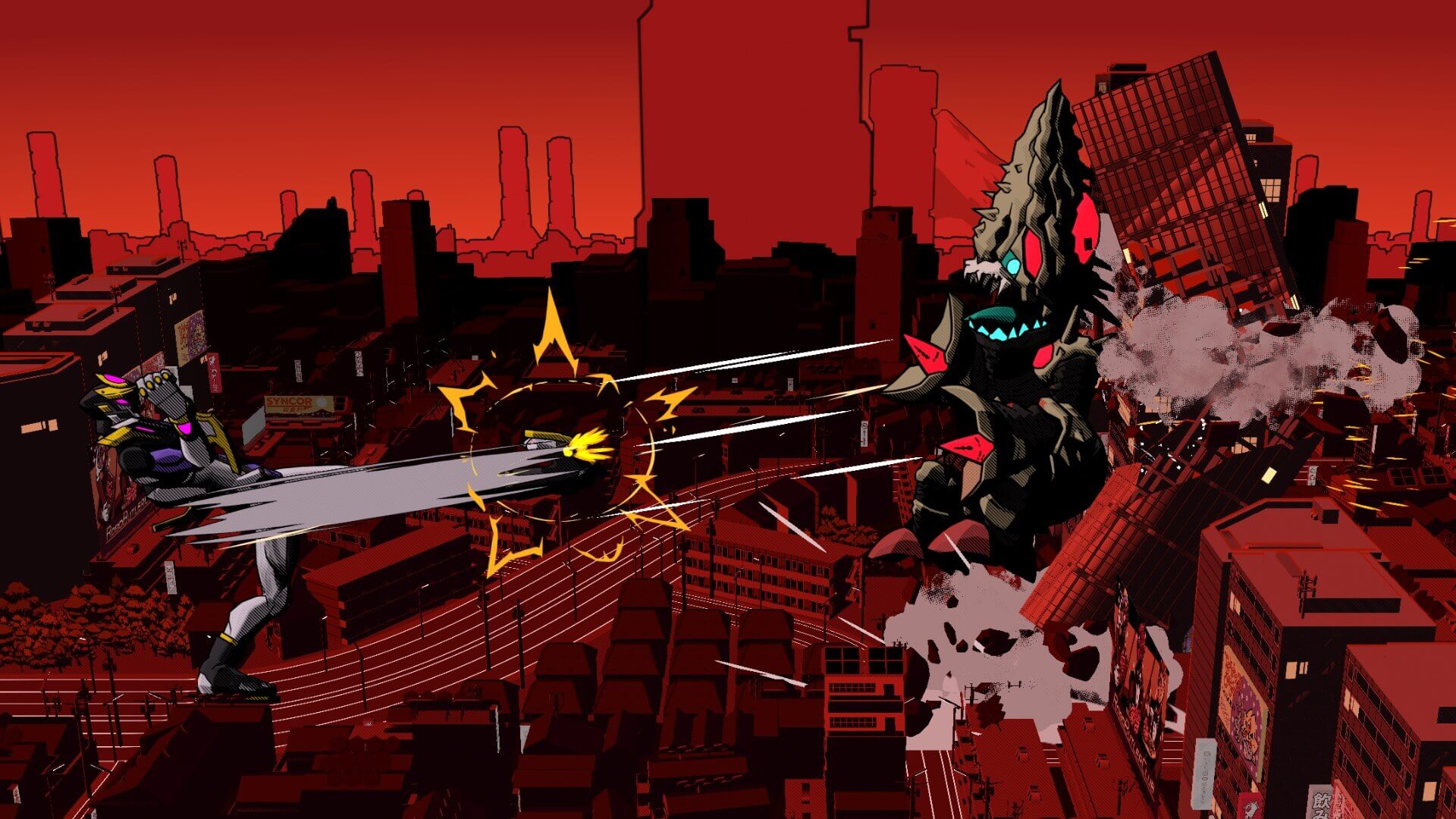 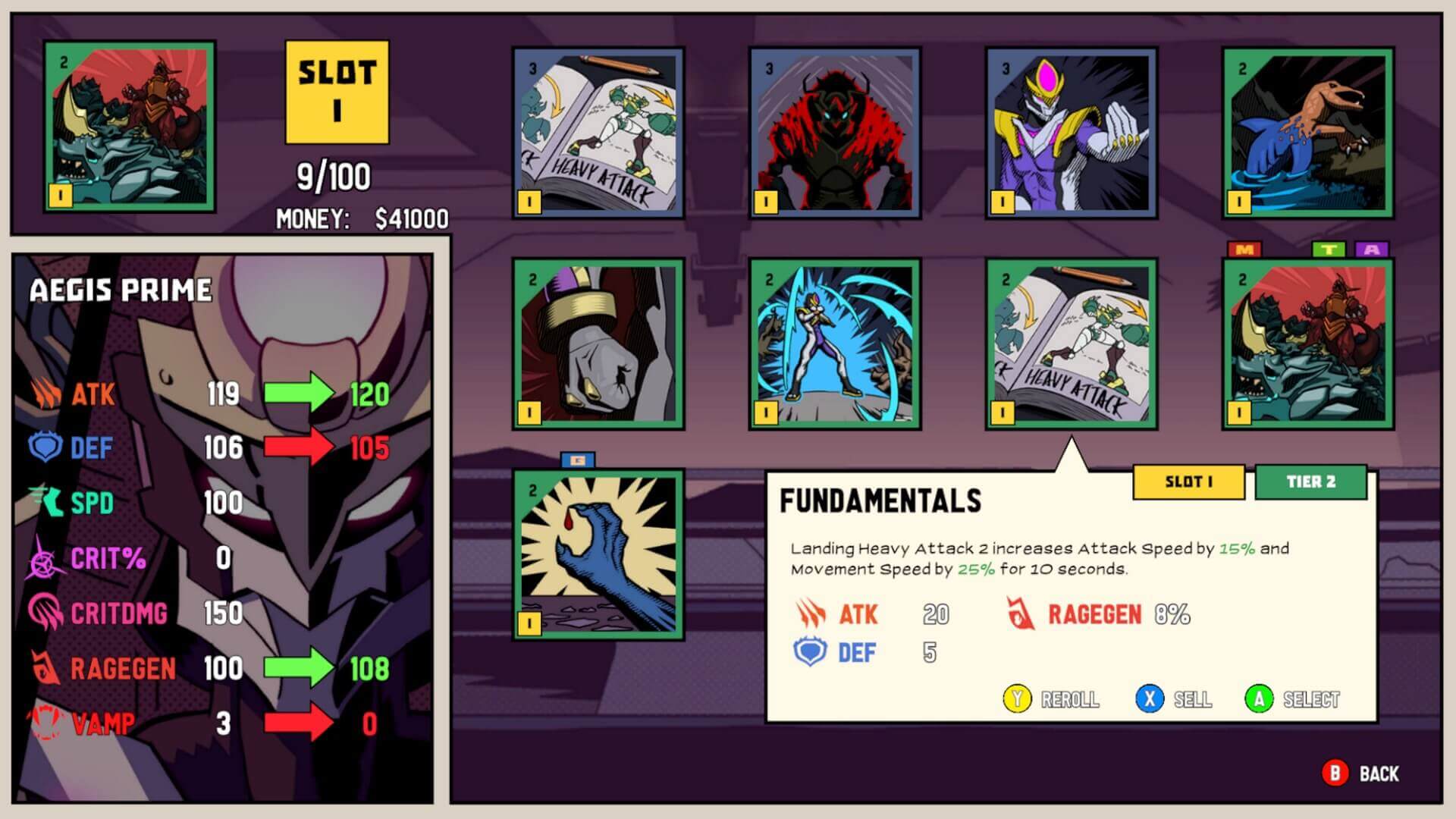 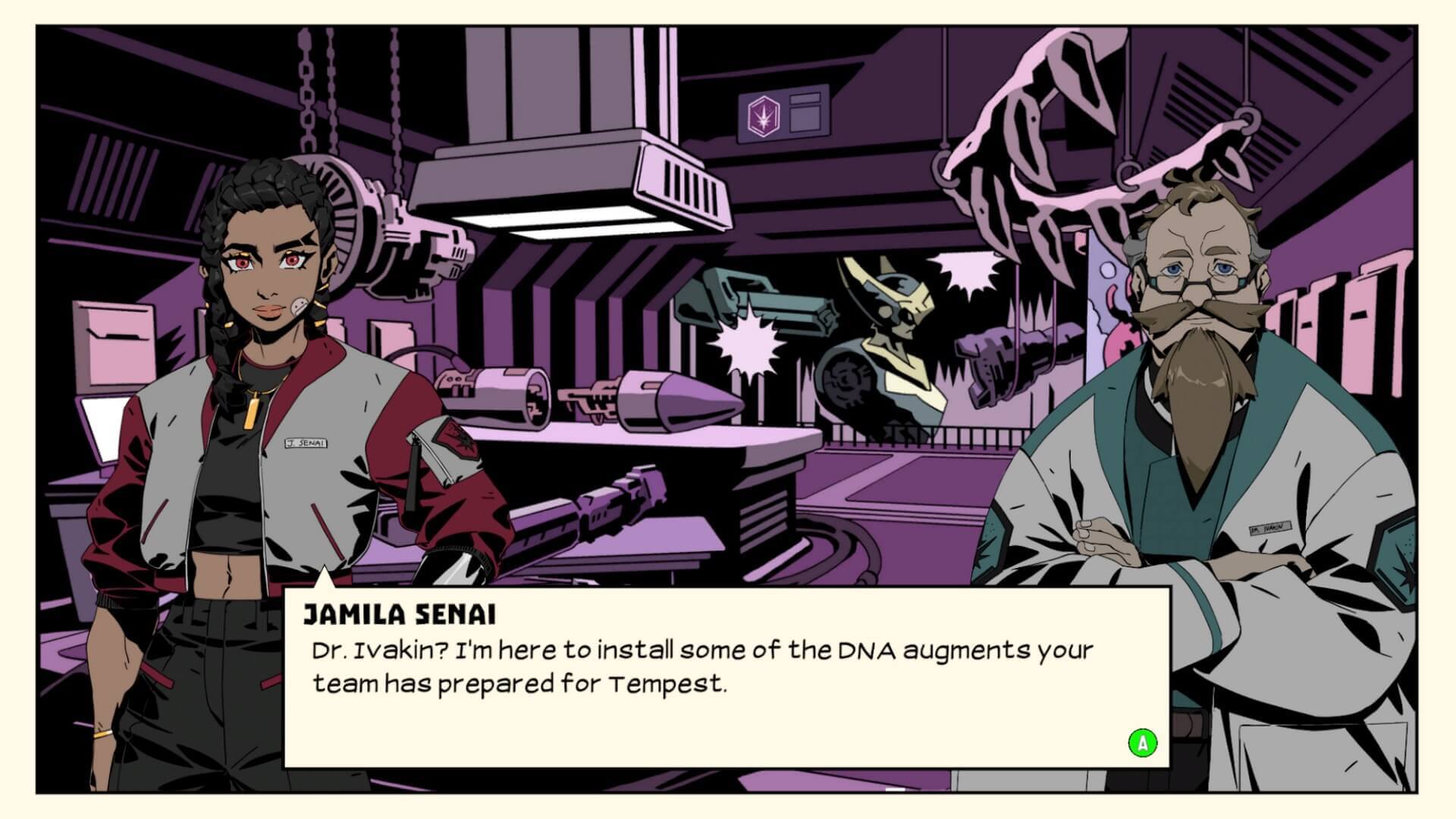 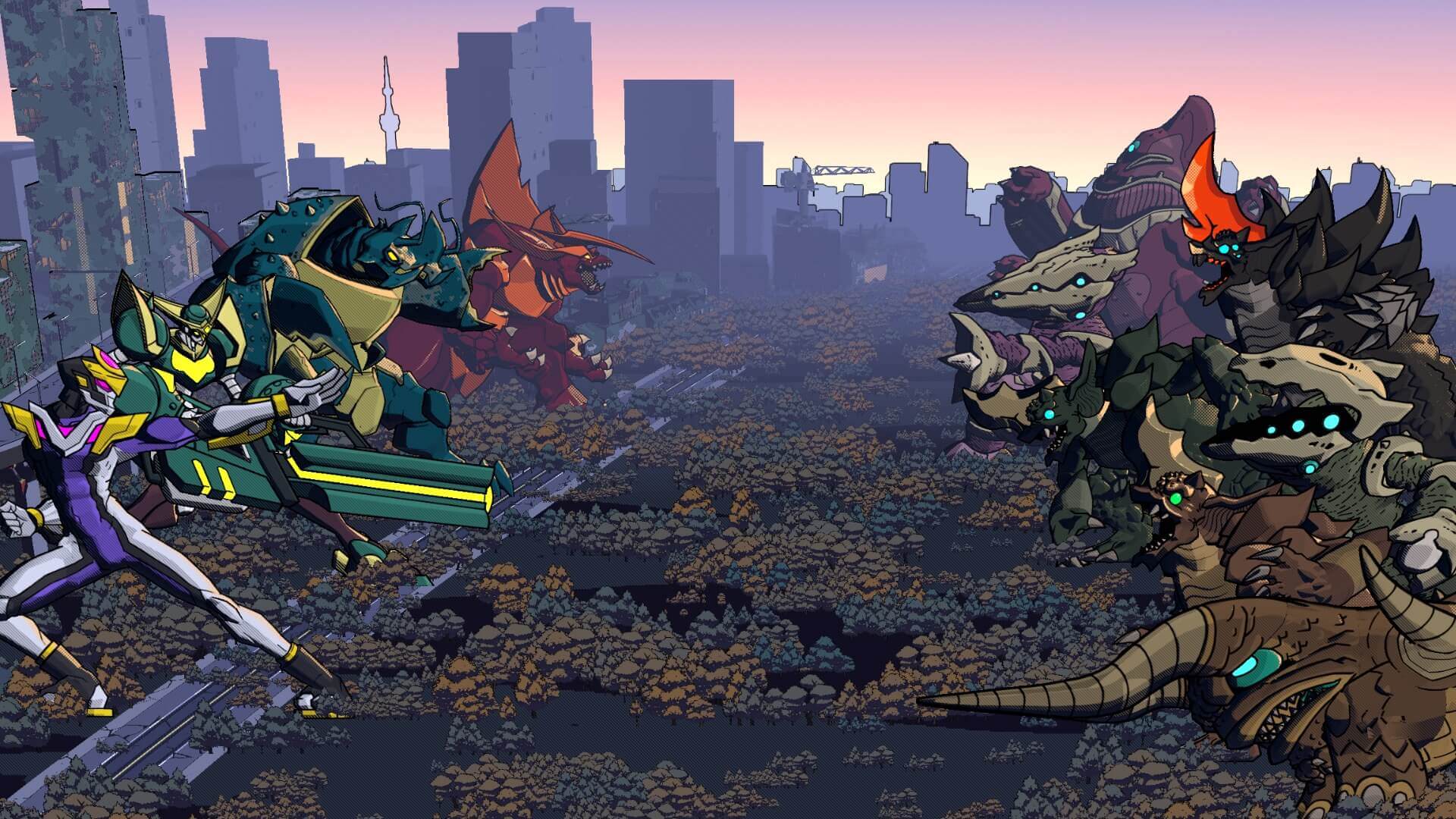 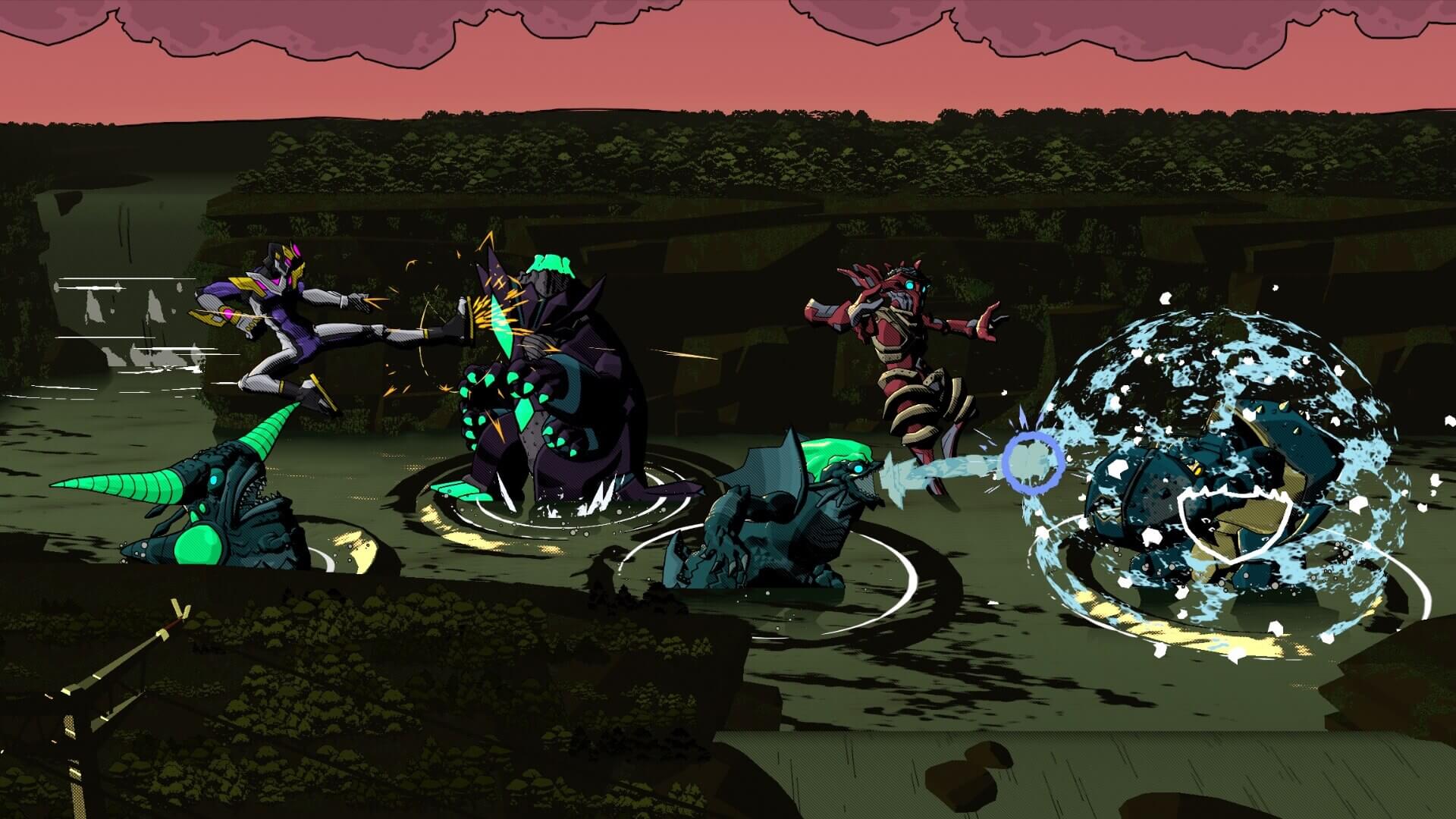 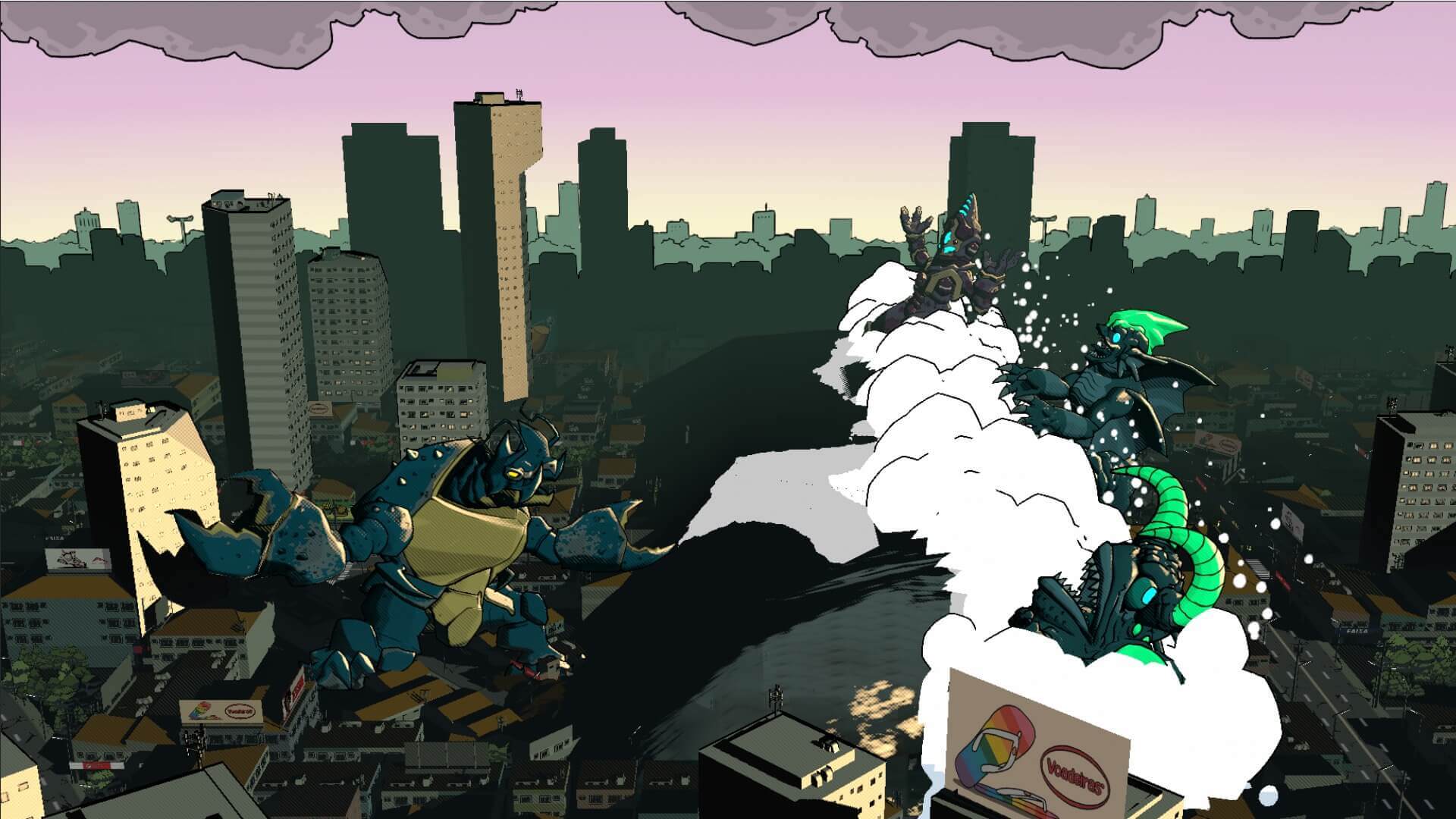 Dawn of the Monsters — Reveal Trailer

Dawn of the Monsters — Story Trailer 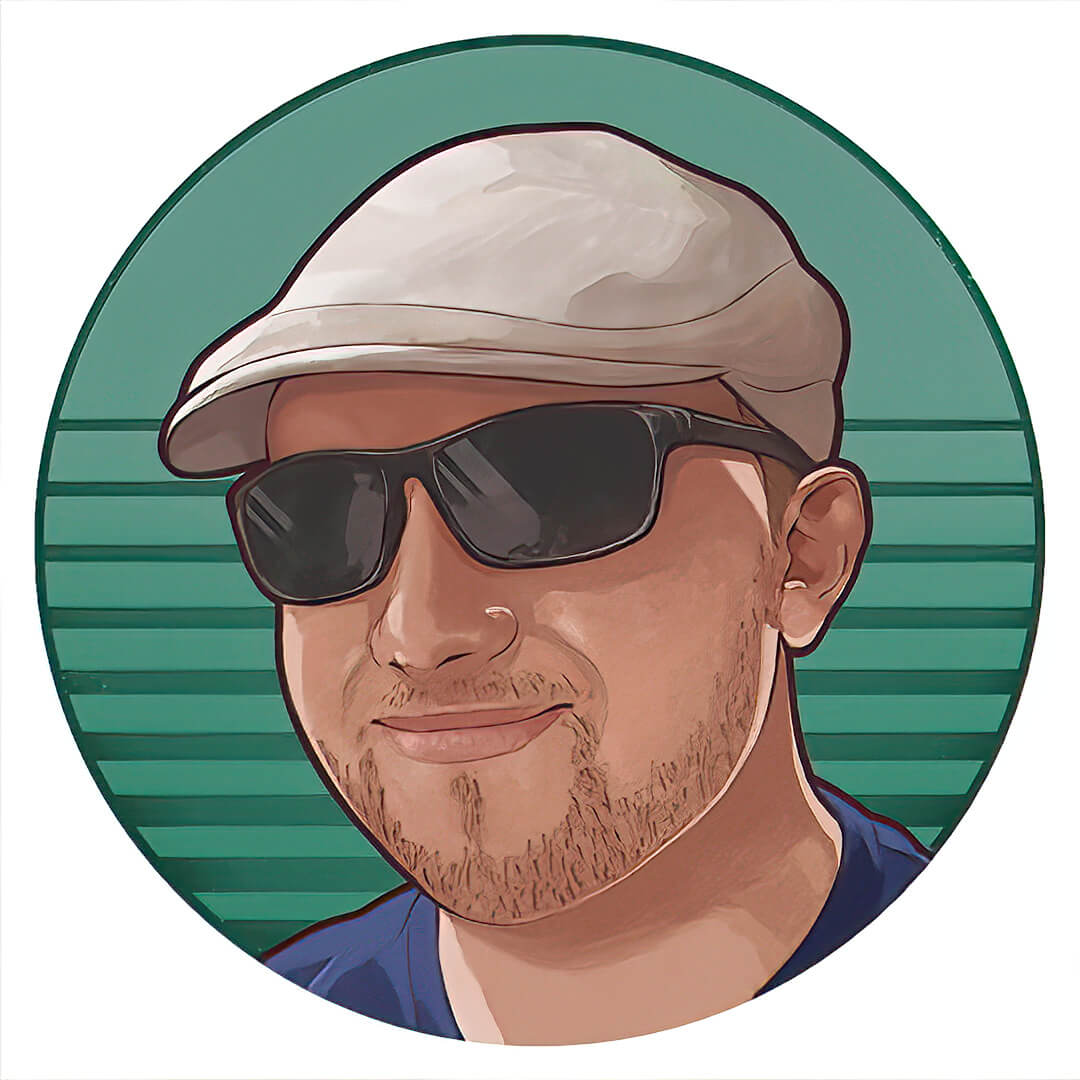