‘Flynn: Son of Crimson’ is a handcrafted 2D action platformer that takes players on a journey of discovery and conflict as they learn to master the art of Crimson Energy.

“Flynn may not be a timeless classic, but it absolutely succeeds at what it sets out to do.”

With its calming town sections, occasional puzzles, and abundant upgrades, Flynn is meant to be more of an easy-going experience than the likes of Celeste or Rayman. But although it is not necessarily designed like a hardcore, twitch platformer, it more or less controls like one. Flynn, the titular player character, moves with a quick, snappy precision that makes even just basic traversal a treat. Much of the fun of moving around comes from the dodge roll, which takes a page from Donkey Kong Country in that its momentum can be converted into a jump to allow for speedy, long-distance leaps. This move alone does a lot to round out the basic movement controls, and it succeeds at empowering the player to tackle virtually any platforming obstacle.

Combat is another aspect Flynn mostly nails, although that may not be apparent at first. Initially, Flynn only has access to a simple melee swipe, so combat at this stage entirely revolves around repeatedly using attack and the dodge roll whenever an enemy is about to strike. 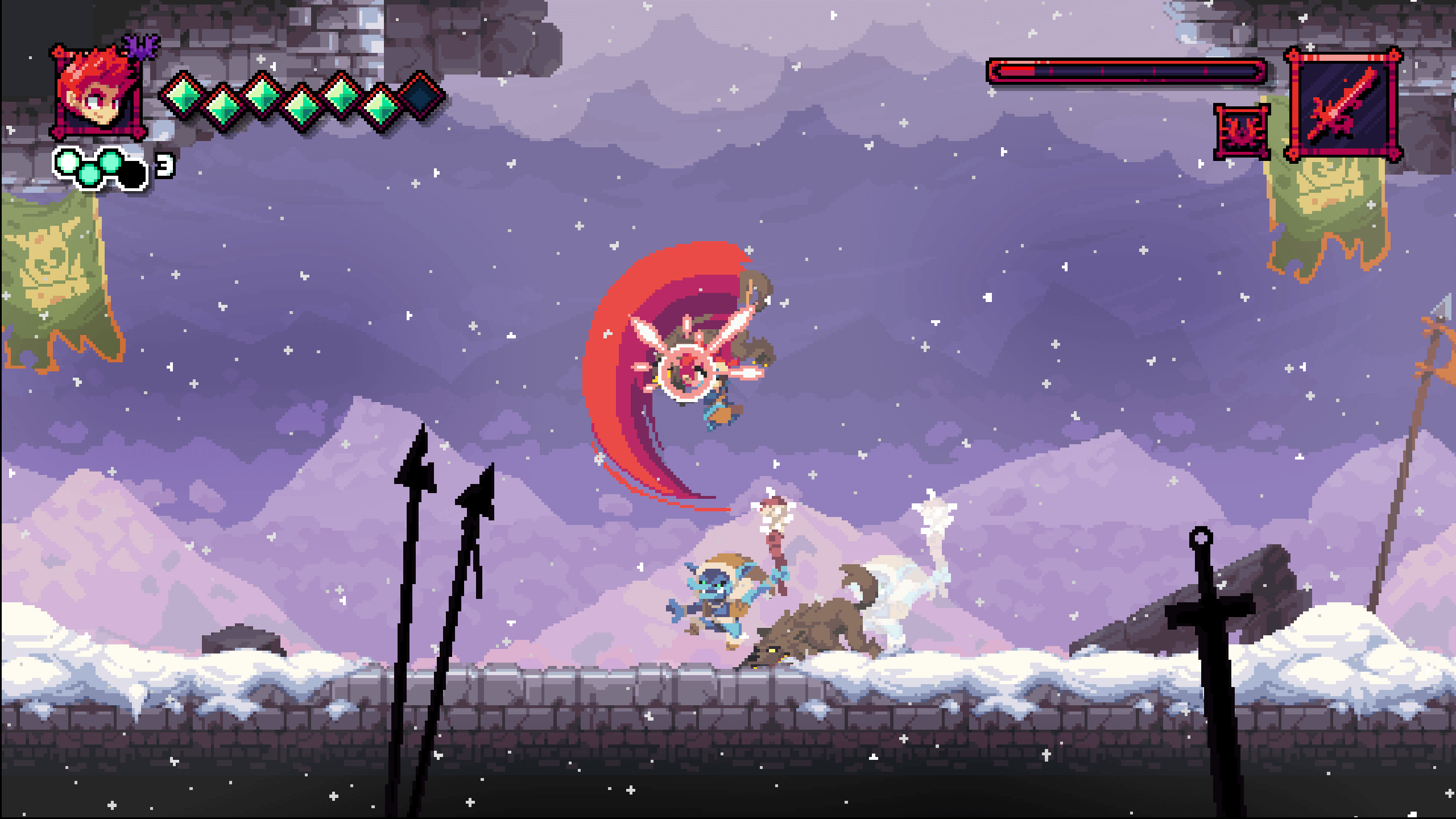 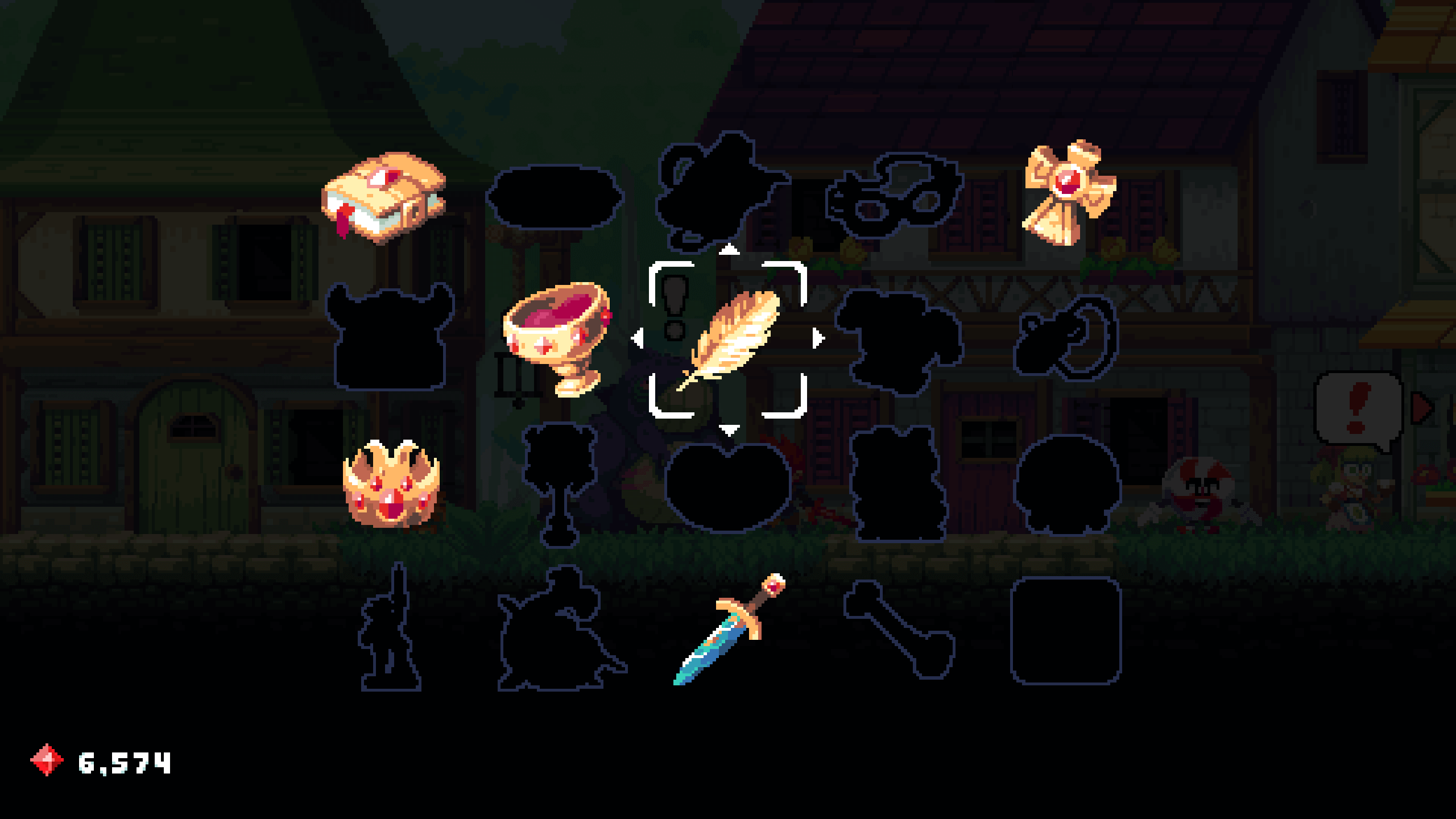 Later on, though, the player gains two extra weapons as well as a skill tree that can unlock extra moves, and this is where the combat really comes into its own. Abilities like a launcher, a midair downward strike, and a myriad of combo extenders give the player plenty of options to consider in any given encounter, and the wonderfully detailed animations imbue every attack with a satisfying sense of impact. What starts off as rudimentary button-mashing becomes a surprisingly robust combat system by the end, and reaching that point is rewarding in and of itself.

Both platforming and combat are augmented by the level and enemy designs, which are solidly executed for the most part. Levels utilize the tried-and-true method of design in which gameplay mechanics are introduced safely before ramping up in challenge, and they do so admirably. 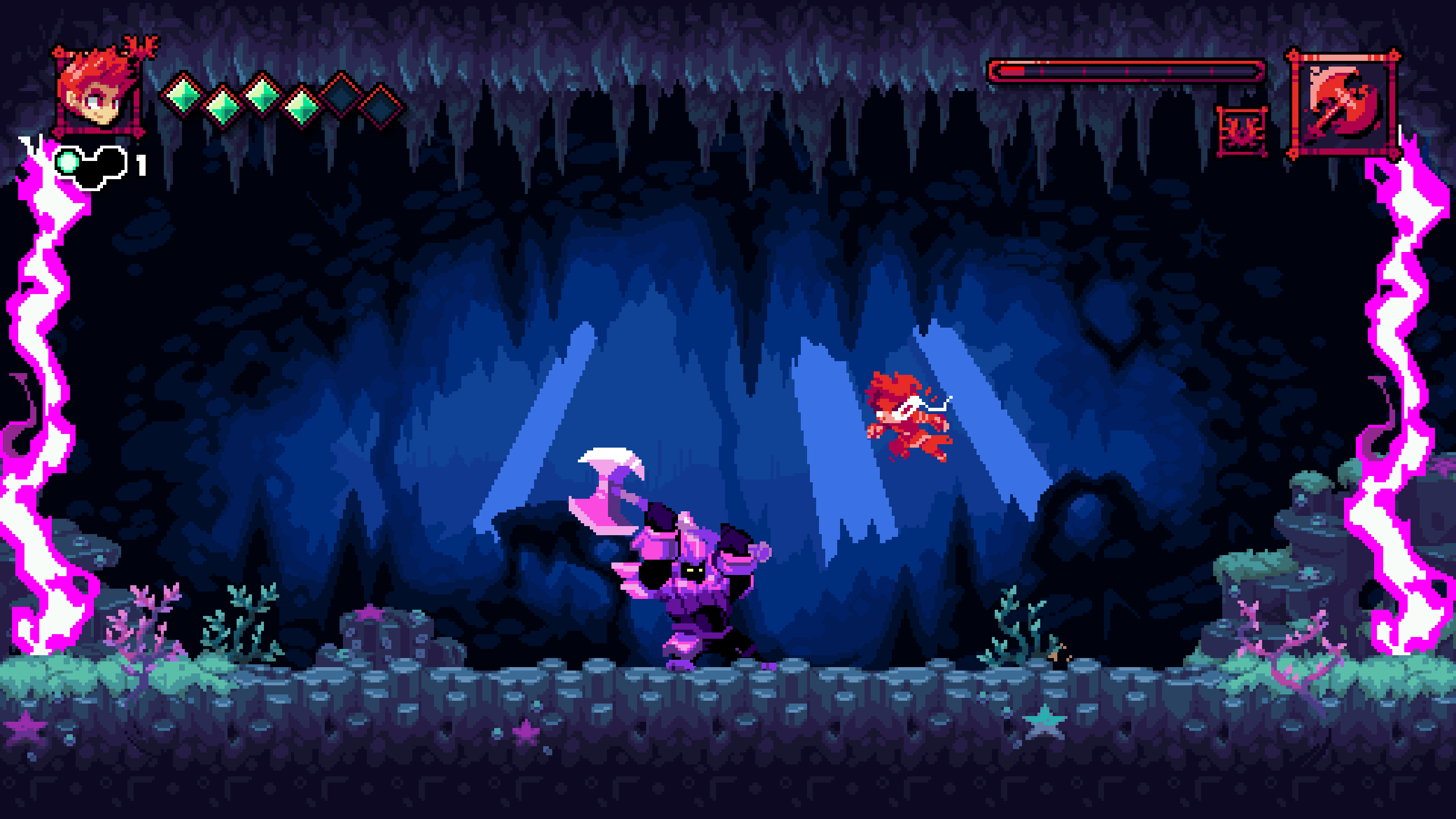 Most levels are long enough that their mechanics get plenty of time to develop in complexity, and they feature a healthy mix of these mechanics to keep the experience fresh. Enemies all-flash when they are about to attack, which makes them consistently readable without sacrificing the challenge that comes with reacting to them. Even better are the boss fights, which boast varied attack patterns and a frenetic pace that really put the player’s dodging skills to the test.

All these elements make Flynn a solid time, but it, unfortunately, gets bogged down by problems that, while seemingly minor, are frequent enough to become frustrating. One such issue comes in the form of the Scourge levels; every so often, a previously completed level will become invaded by what is known as the Scourge, and the player is prohibited from accessing other levels until they go back and play through a remixed version of that stage. 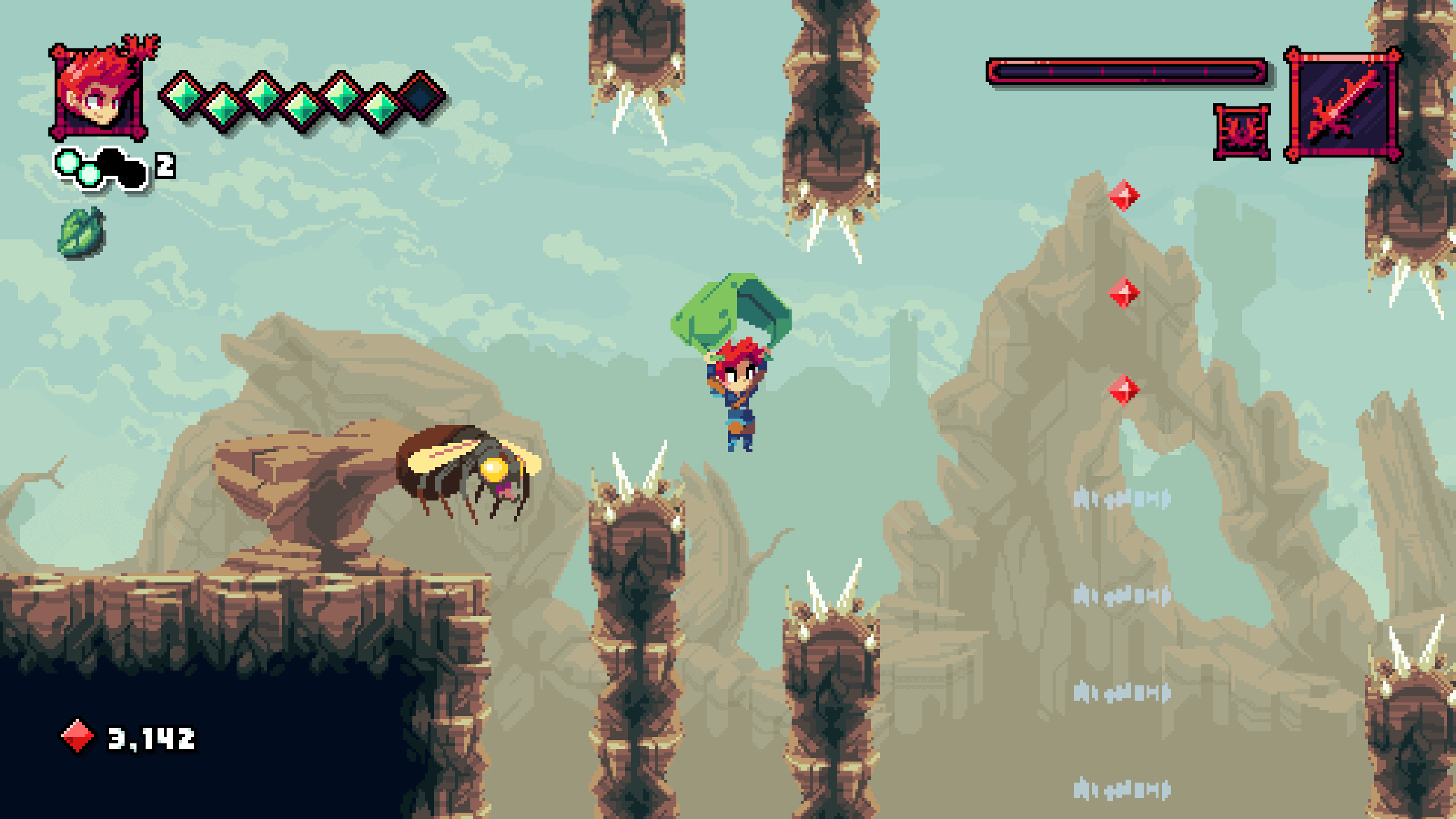 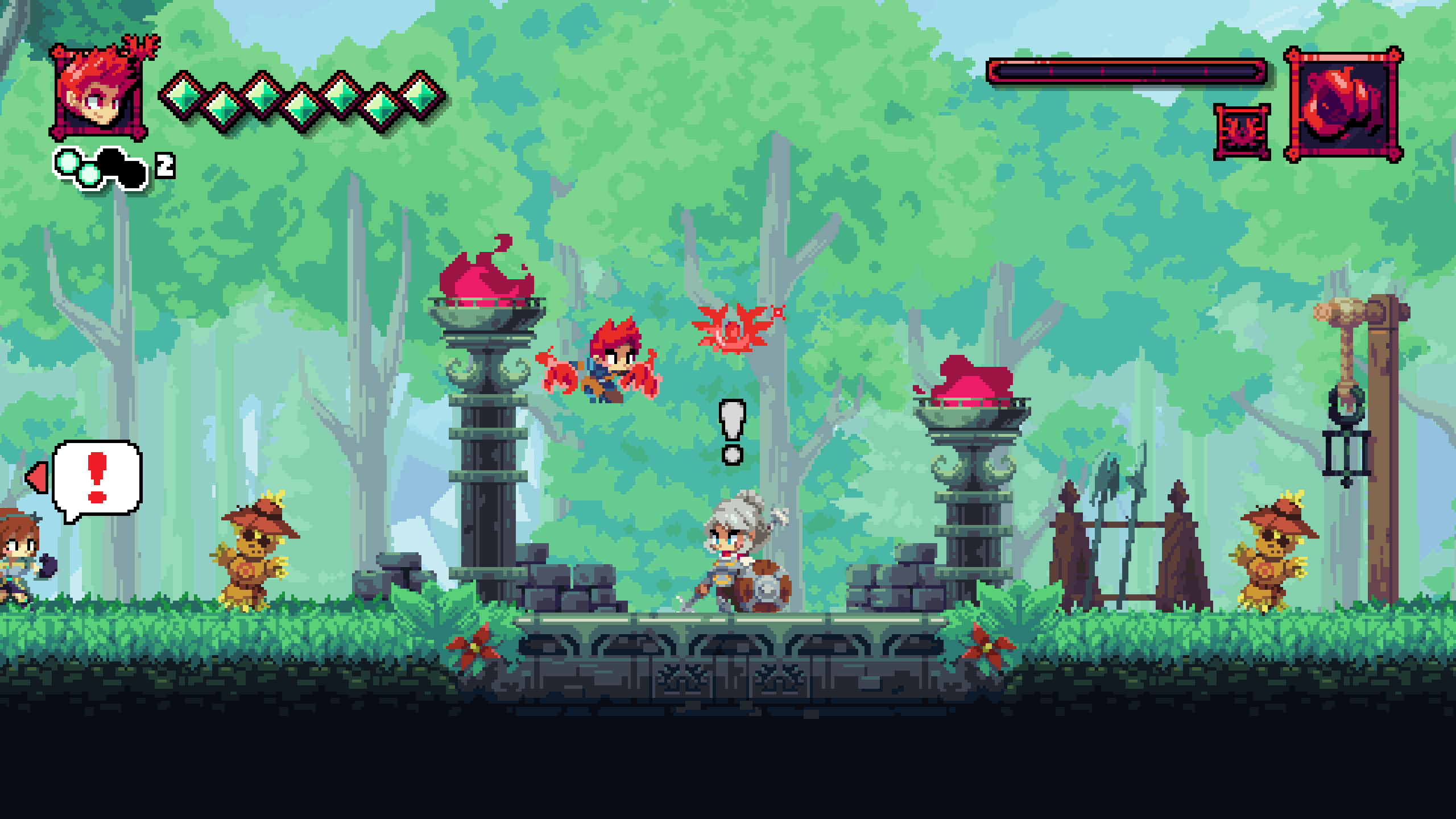 On their own, the Scourge levels are distinct enough from their counterparts to feel like justified inclusions, but locking other levels until completed is an unnecessary restriction that brings the game’s pacing to a grinding halt. Nothing feels more deflating than unlocking the path to a boss battle only to be barred from tackling it because an unrelated Scourge level showed up.

The game’s pacing suffers in a few other ways, such as with the block puzzles, which appear with a bizarre degree of regularity. These sections come off as fairly uninspired most of the time and slowly pushing blocks around does not mesh well with the game’s fast, flowing movement.

Additionally, the puzzles involving elemental magic have a very stop-and-start feel to them, as the player must charge their magic completely before the elemental property can take effect. The purchasable upgrade that reduces the charge-up time does little to alleviate this issue, and although the requirement to charge elemental magic does make sense from a combat balancing perspective, it once again meshes poorly with the movement mechanics.

Been There, Done That

Outside of the gameplay, where Flynn falls flat, is in its story — which is about as cookie-cutter as fantasy narratives get. Essentially, the player controls a silent young hero descended from powerful parents who sacrificed themselves in a war from long ago, and the hero must inherit their powers to save the world from an evil tyrant.

For all the effort spent on building the world and relaying its history to the player through text boxes, very little of it is worth reading through.

This may seem like an unfair criticism, as many games get away with having simple narratives. But even the most trope-filled stories can be worth experiencing if they feature a twist to the formula, have a unique presentation, or sport incredibly robust worldbuilding. Flynn’s story does not really do any of those things, and although that would have been fine if it had stayed almost completely in the background, its prevalence turns it into a frequent distraction.

Despite these problems, though, Flynn really is an impressive, polished title. The passion and love Californian developer Studio Thunderhorse put into this project is evident, and it is hard not to admire the final product even with its flaws. Flynn may not be a timeless classic, but it absolutely succeeds at what it sets out to do. 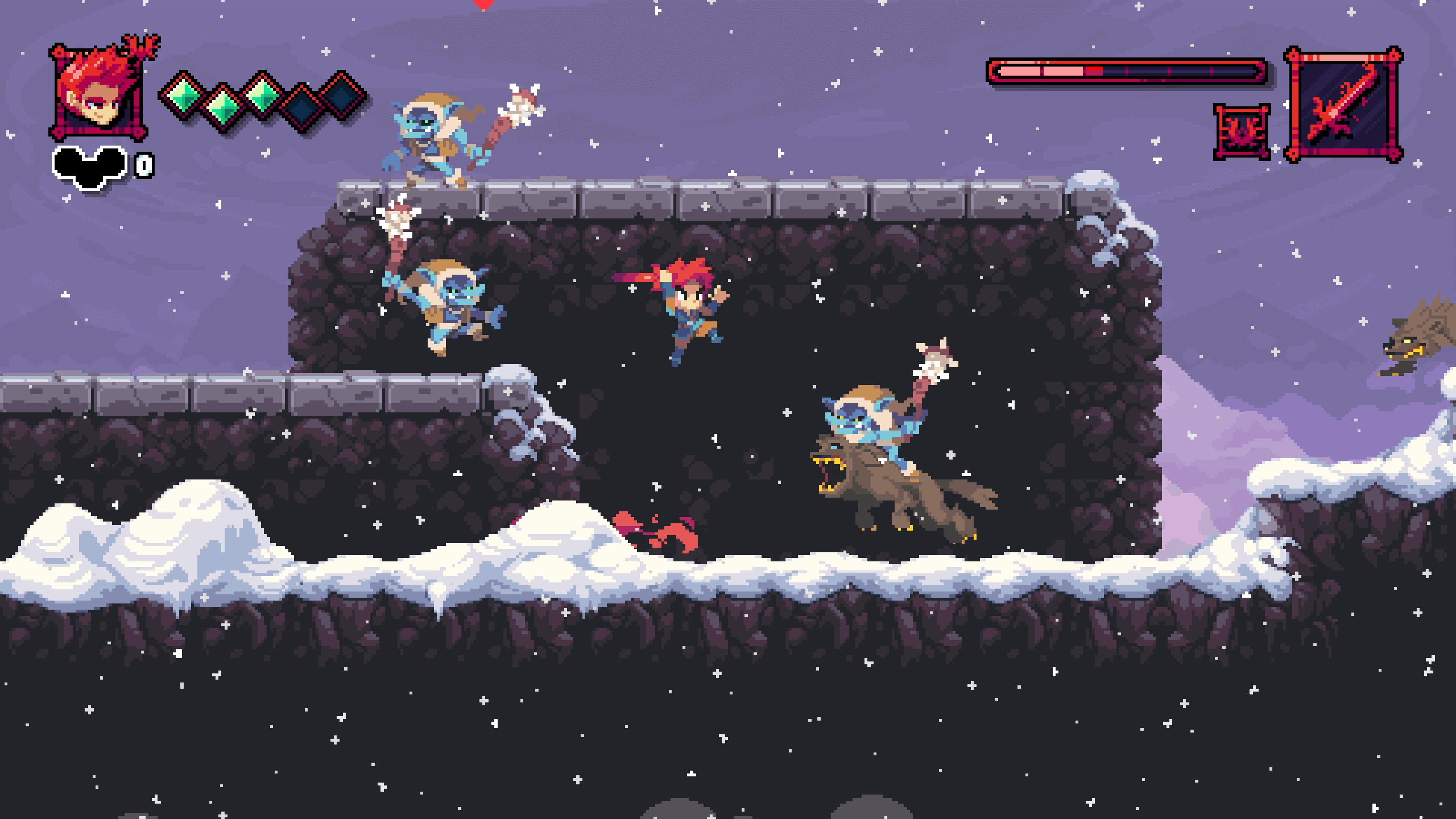 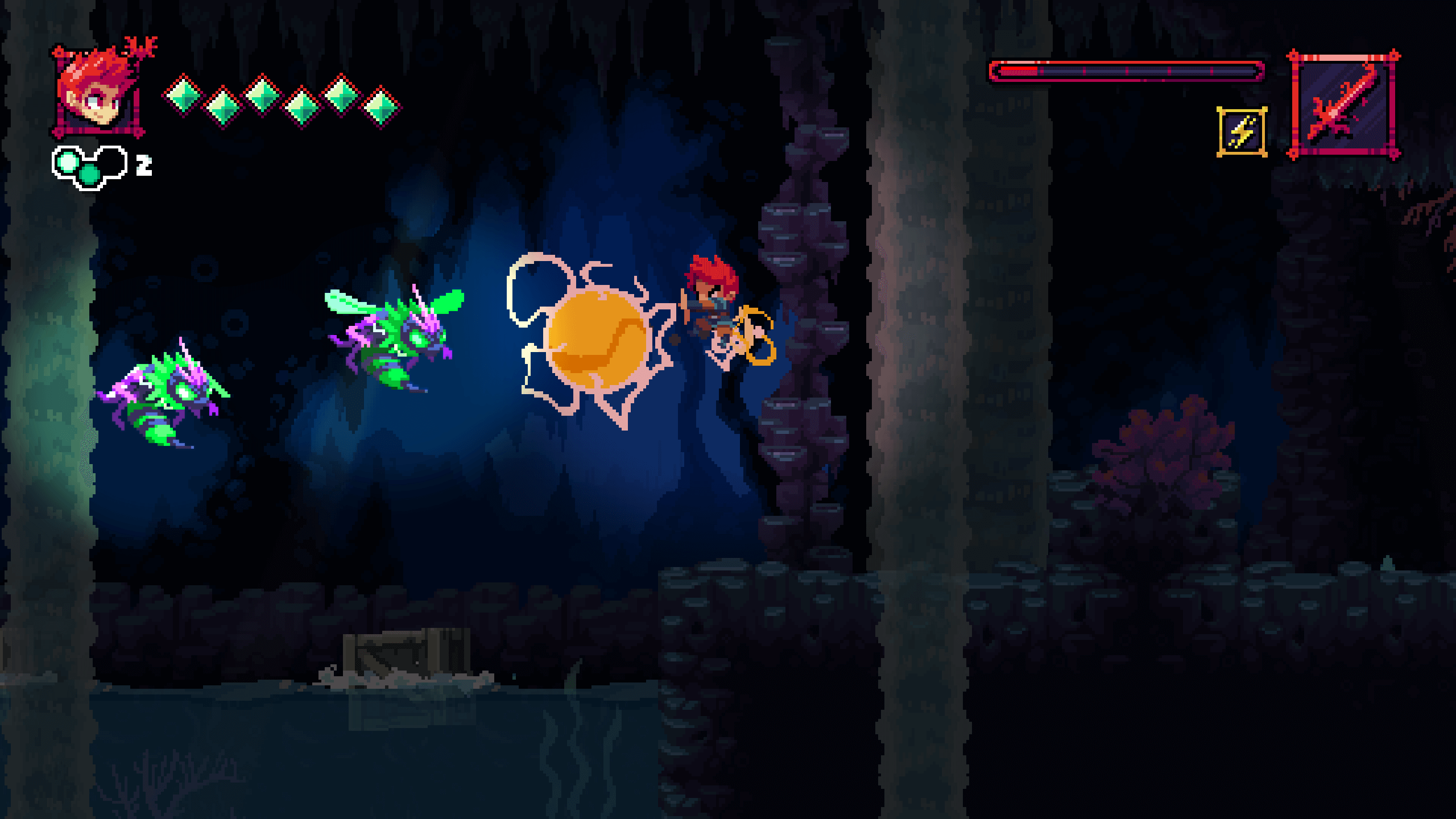 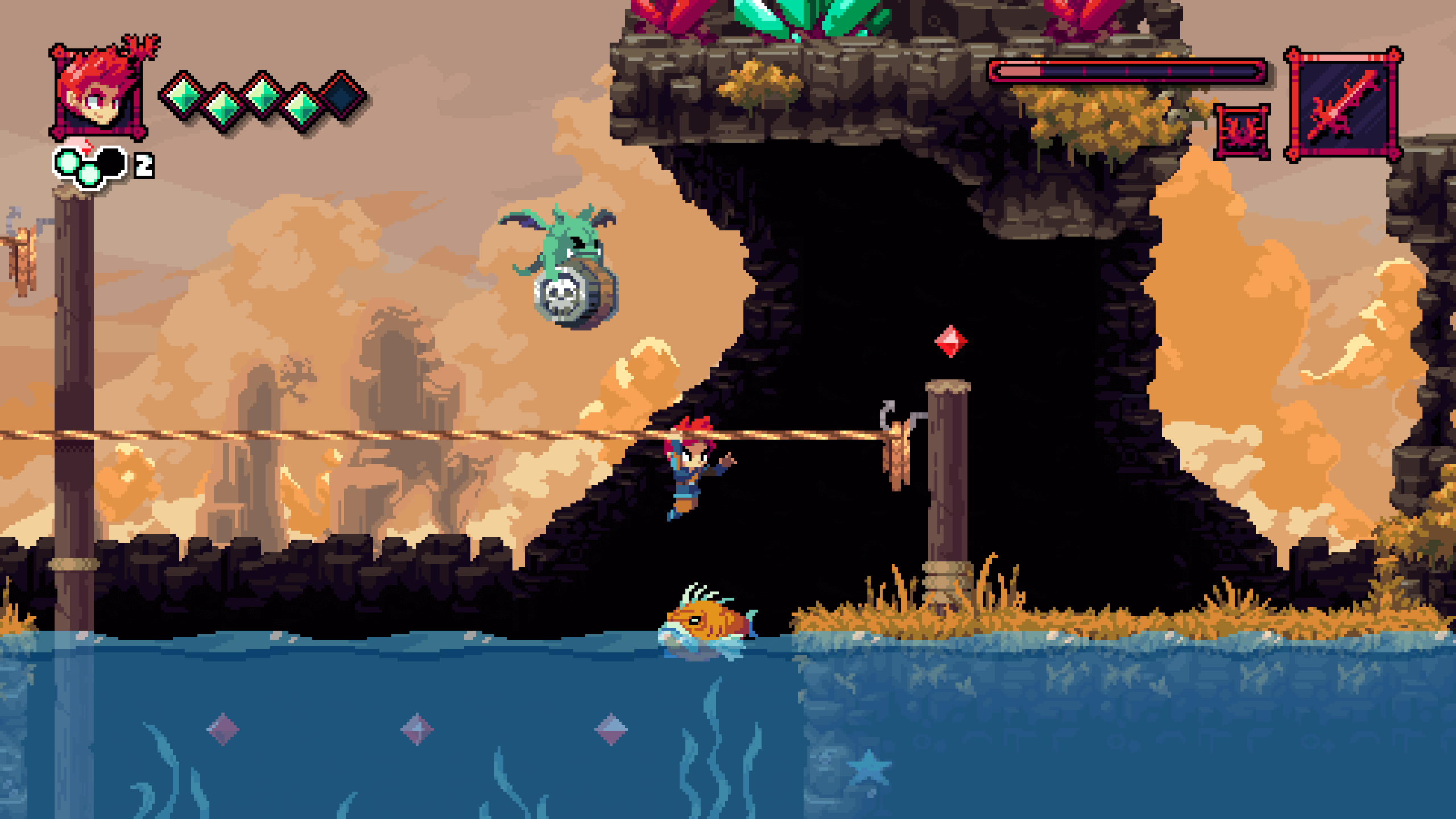 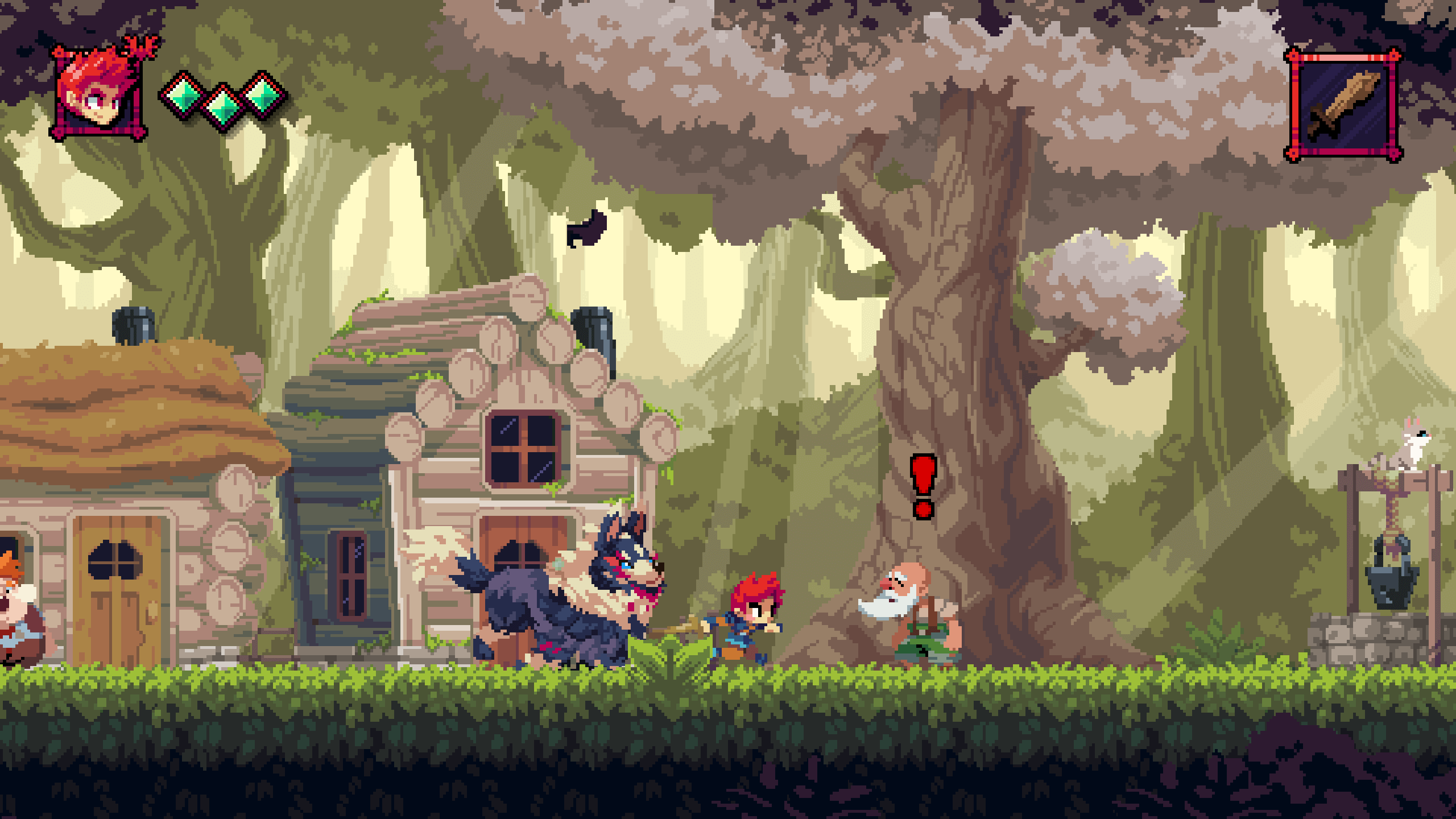 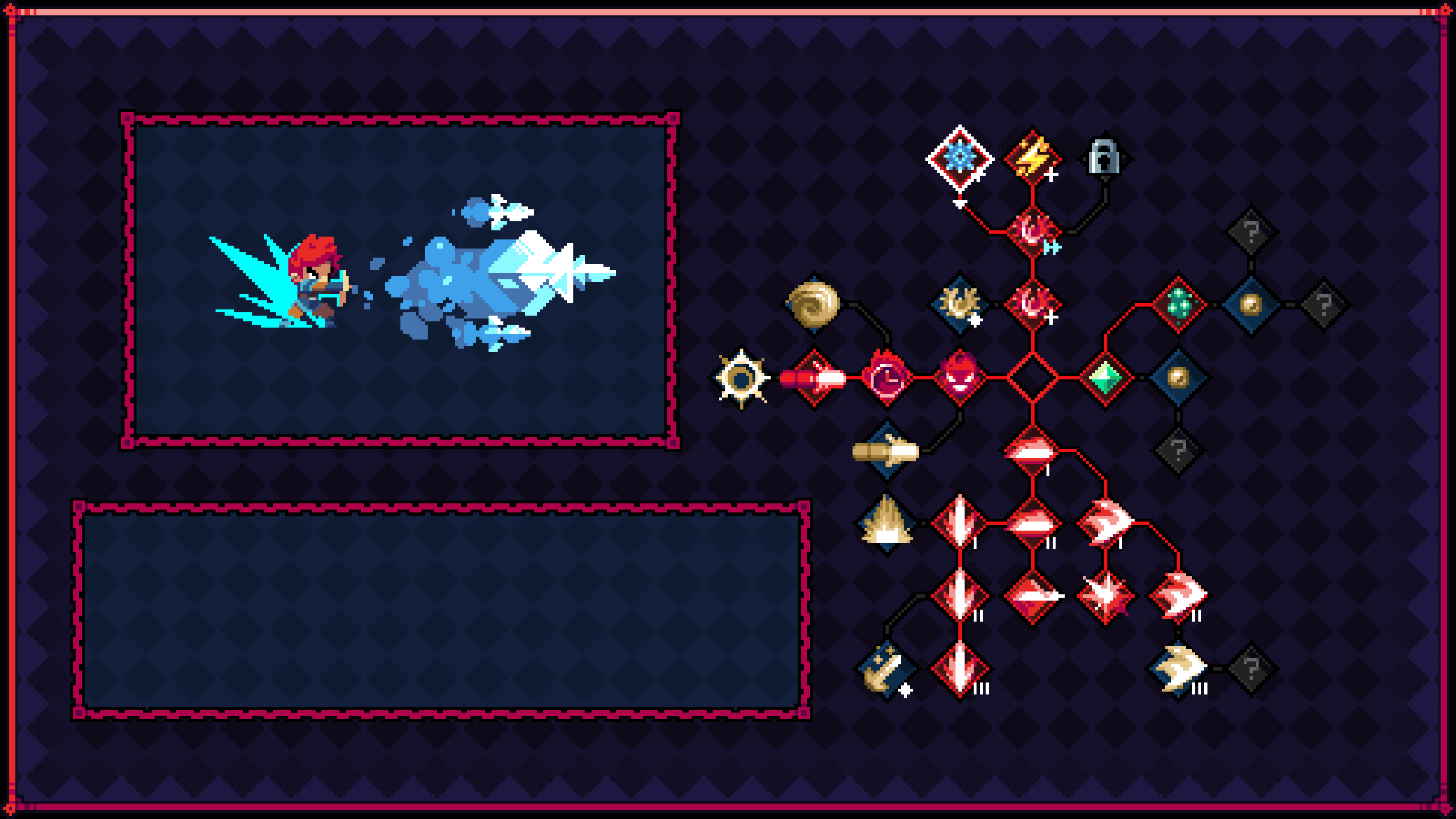 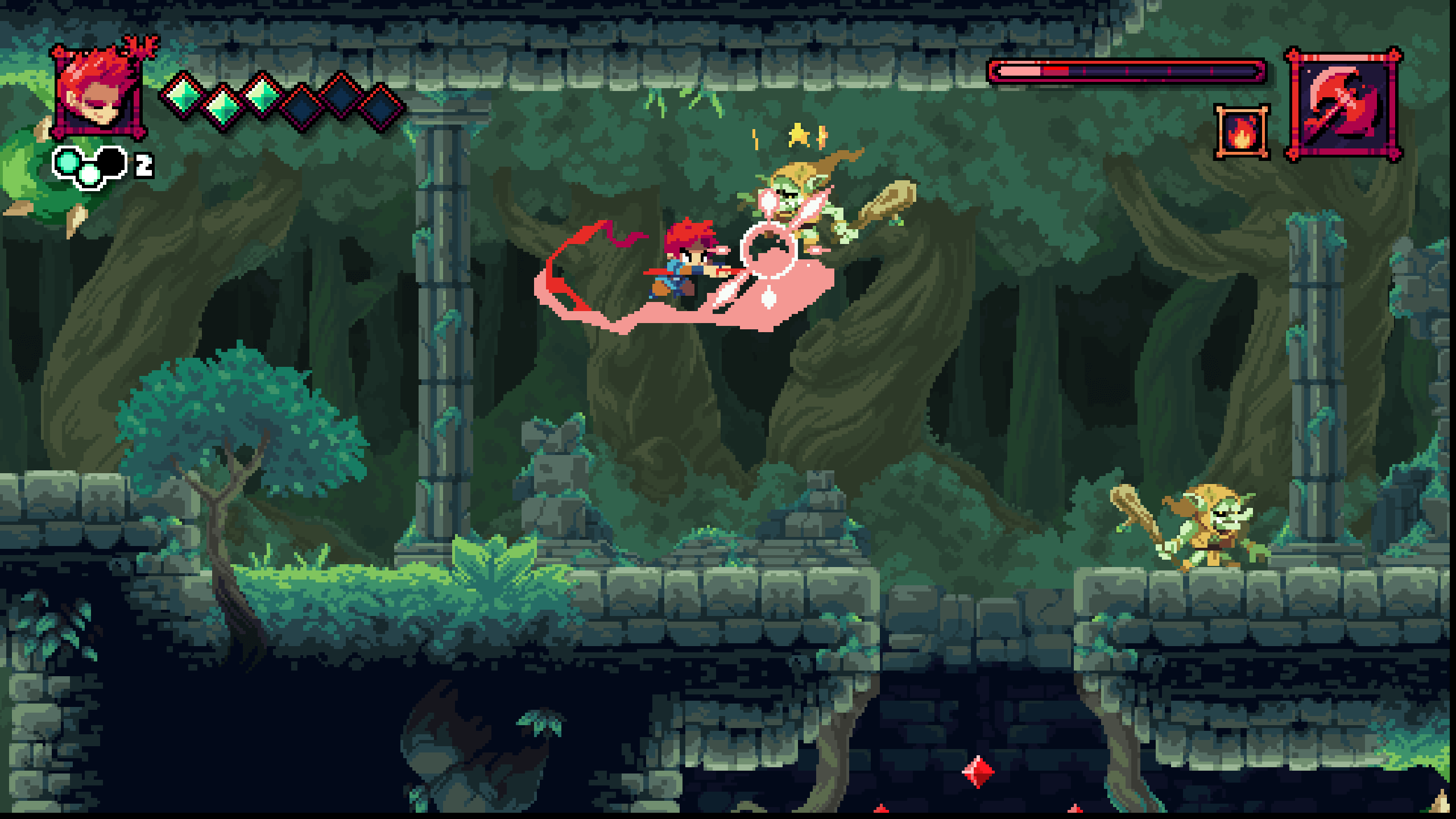 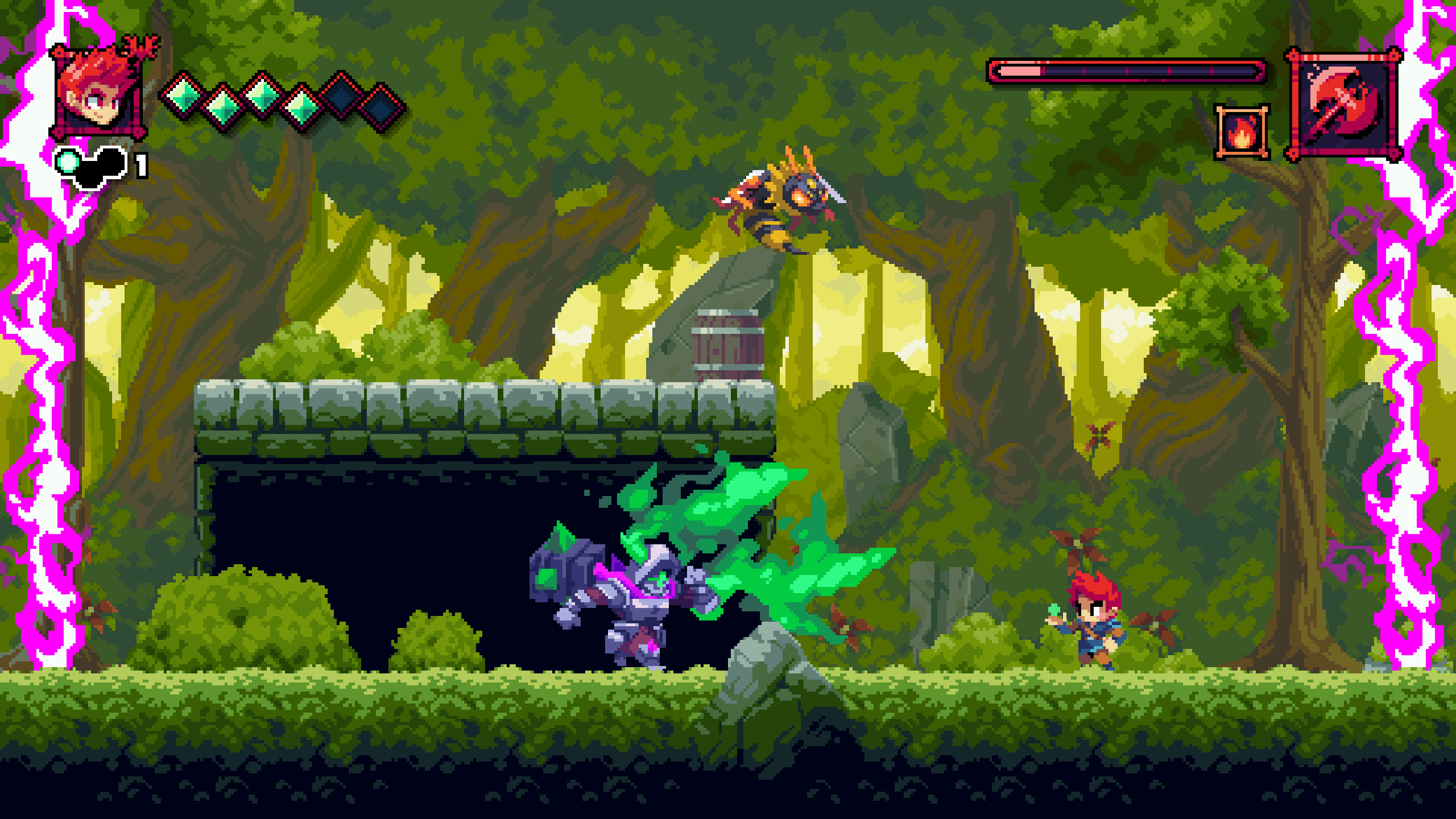 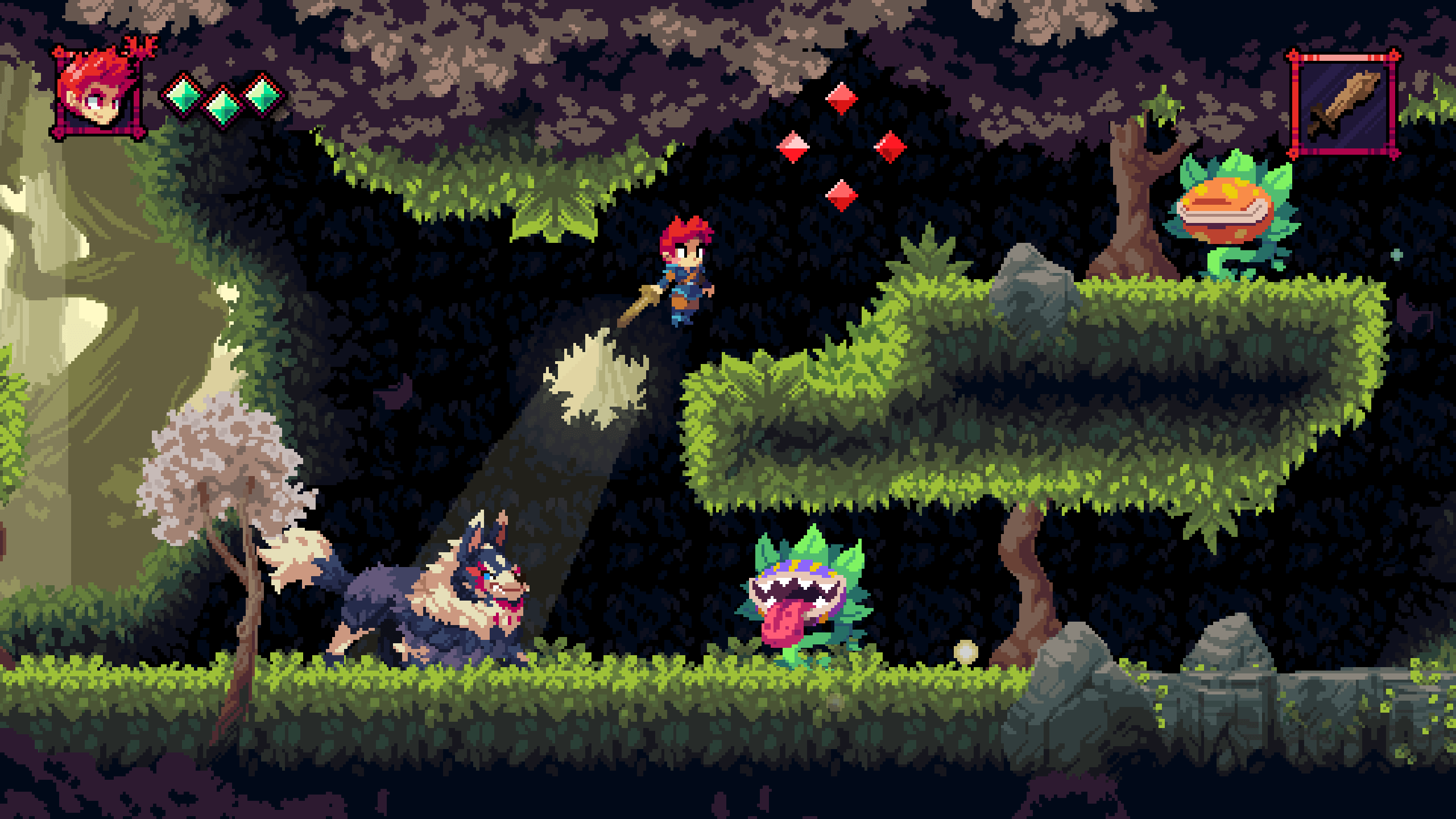 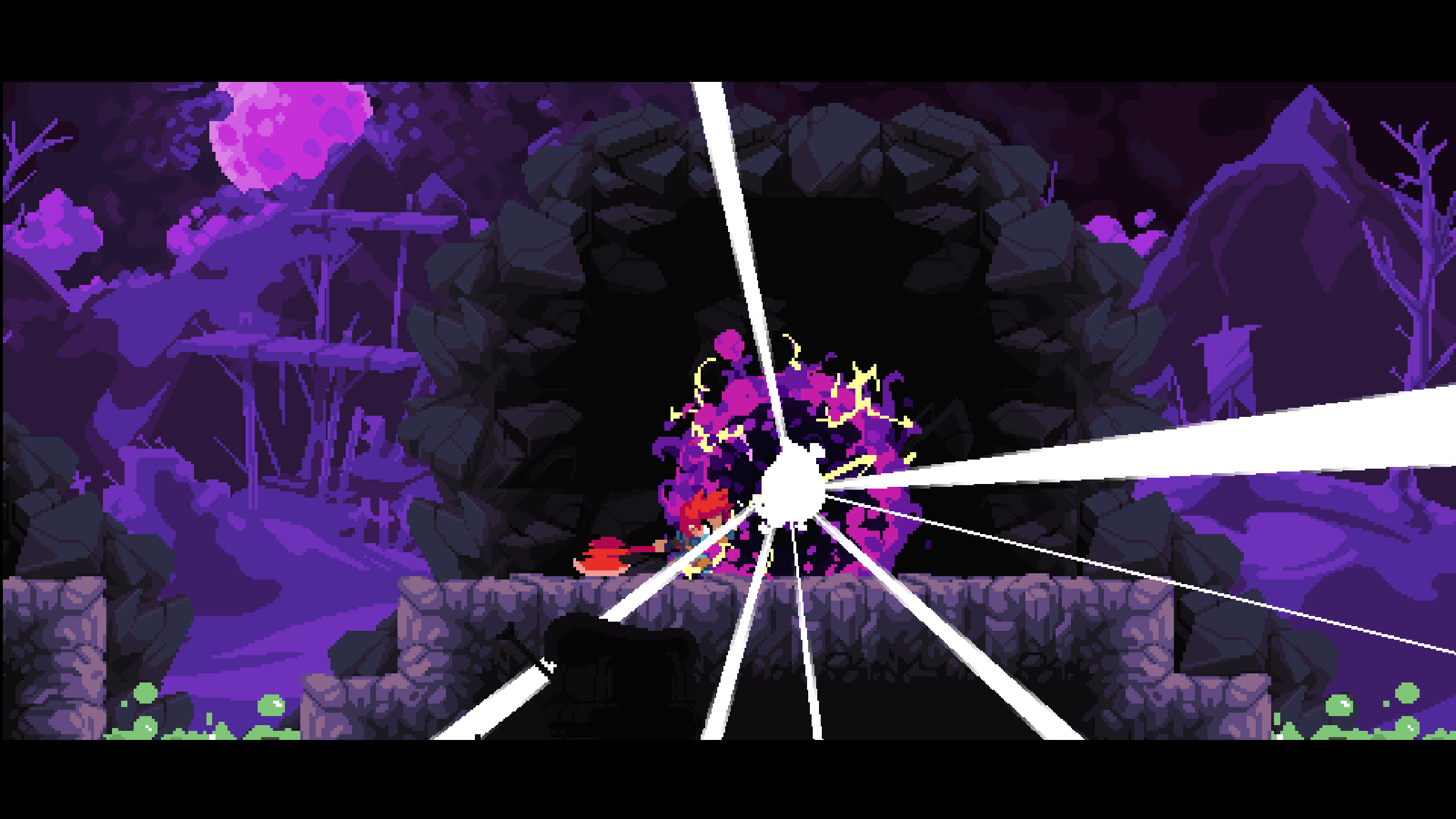 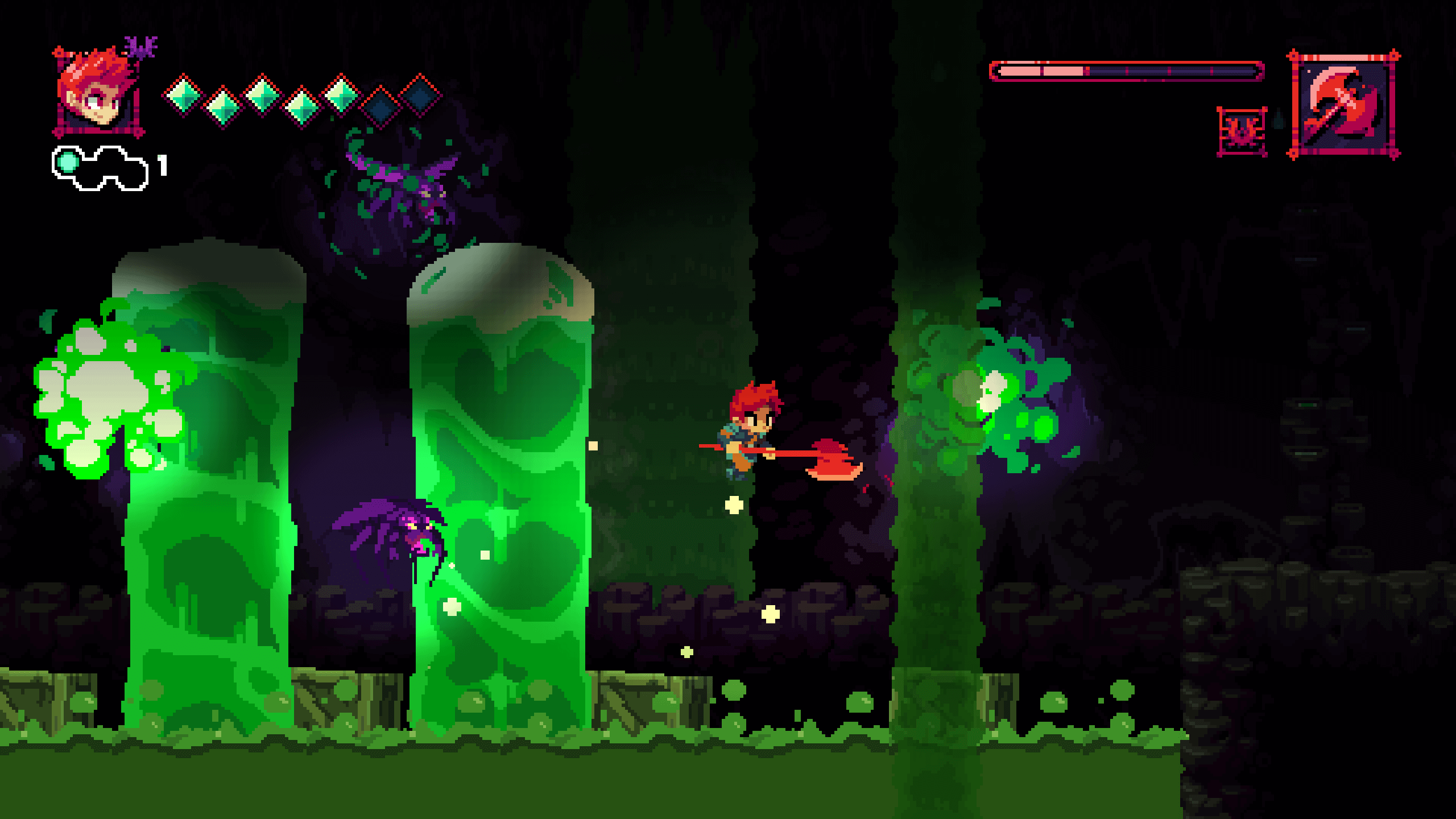