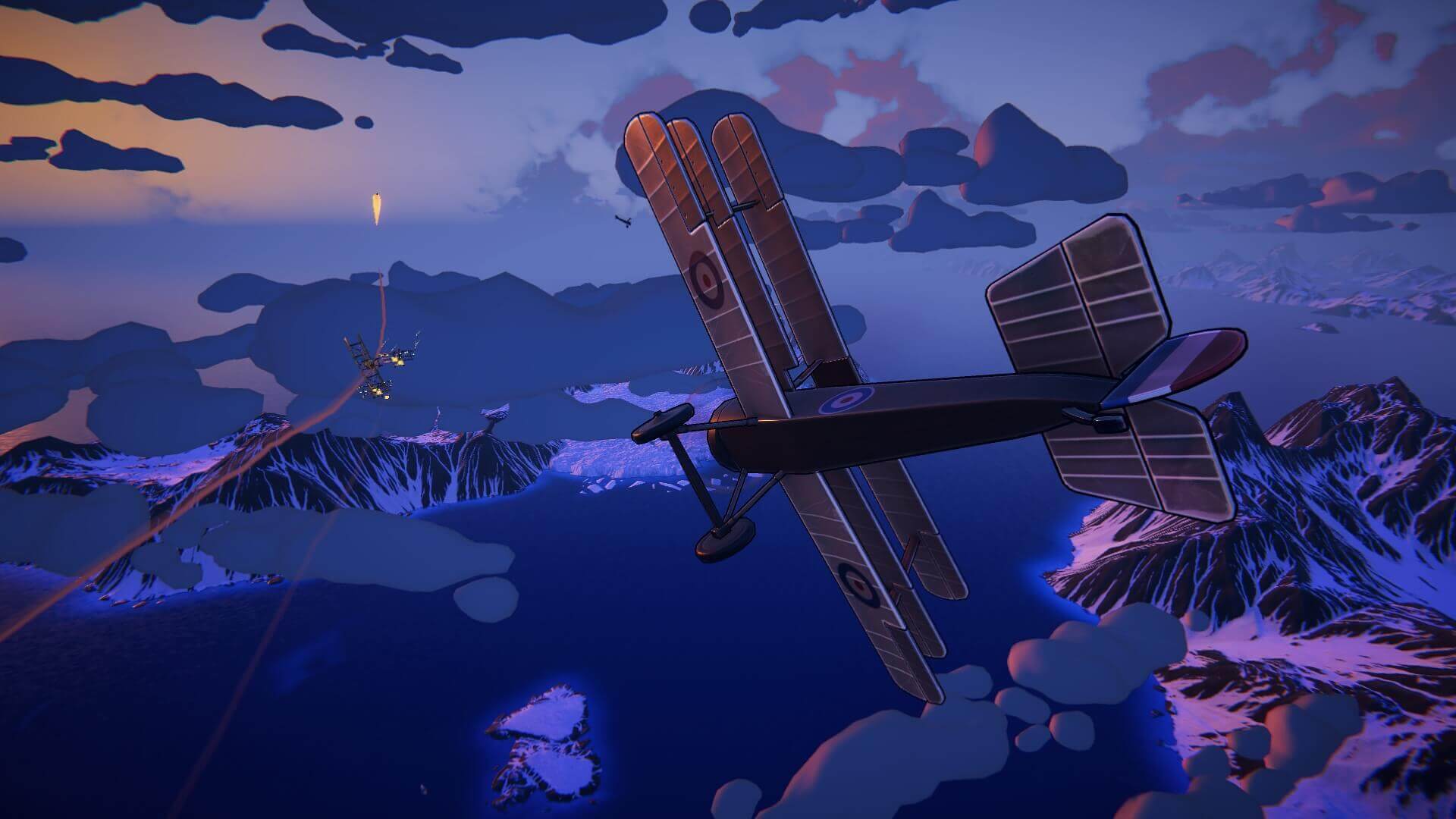 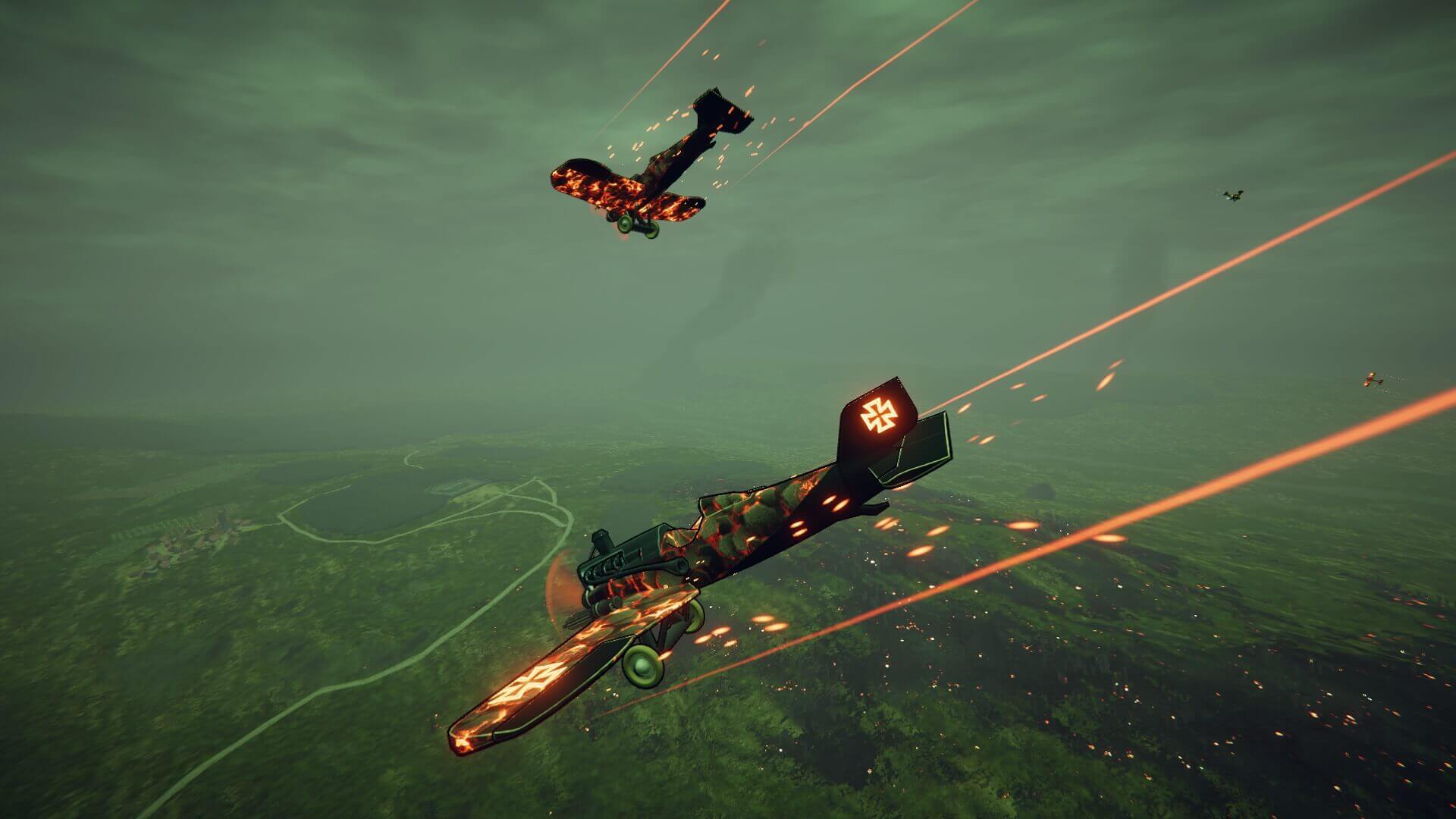 “The visuals of the game look unique and slick, employing a somewhat edgy cel-shaded toon-like look and vibe.”

On a basic level, Red Wings: American Aces controls about as well as one would hope. Maneuvering the plane always feels smooth and responsive, and functions like adjusting the plane’s speed with the right analog stick succeed at giving players more options without overcomplicating the input. Shooting down enemy planes has some decent kick to it, and a built-in combo system provides an appropriate incentive for players to rack up kills efficiently.

The visuals of the game look fairly polished, employing a somewhat edgy cel-shaded toon-like look. The style is not often seen in air-combat games and certainly gives the Red Wings a light-hearted vibe that some may find refreshing. 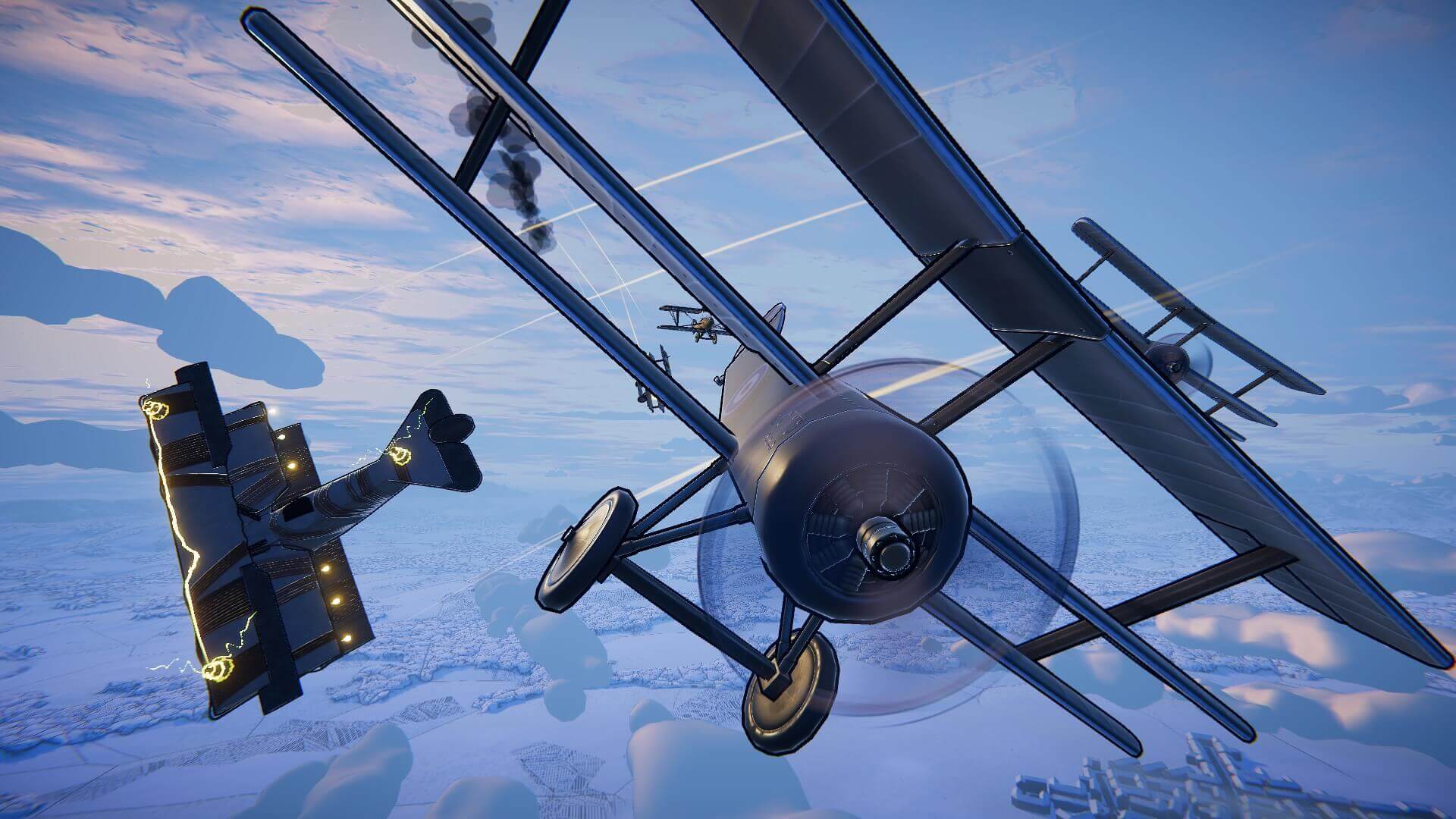 Barrel rolls are an especially welcome inclusion since they serve a dual purpose as both protection from enemy bullets as well as a way to safely crash into foes without taking damage. It helps that the intuitive design of the barrel rolls allows players to immediately figure out their quirks without having to read tutorial text.

It’s a no-brainer that the barrel roll renders players invulnerable to bullets and that invulnerability makes it easy to deduce its secondary function as protection from plane crashes. Shooting may be the main draw of the combat, but the barrel roll, at least on a surface level, ended up being one of the game’s standout mechanics.

Red Wings: American Aces has all the makings of an addictive pick-up-and-play experience, but the gameplay is ultimately brought down heavily by the overreliance on cooldown timers.

Aside from basic movement and the speed adjustment option, just about every action has some kind of restriction or cooldown timer tied to it. Of course, it makes sense for certain special attacks, like the squadron calls, to operate under a cooldown. But the barrel roll, one of the most crucial tools in the player’s arsenal, also has a cooldown every time it’s used, and the same goes for the quick turn despite being a basic movement option.

Even your guns have a dedicated heat meter that renders them unusable if used for too long. In practice, all this means is that you have to periodically let go of the fire button for a split second before pressing down on it again, which is hardly a compelling restriction to operate under.

And it would be one thing if the cooldown timers for your other actions were short, but especially when starting the campaign mode, it takes a frustratingly long amount of time for those actions to become usable again. Granted, the skill tree in the campaign allows players to reduce the cooldowns of both the barrel roll and the quick roll to five or six seconds, but this feels like a band-aid solution at best, and they still disrupt the gameplay far too frequently. 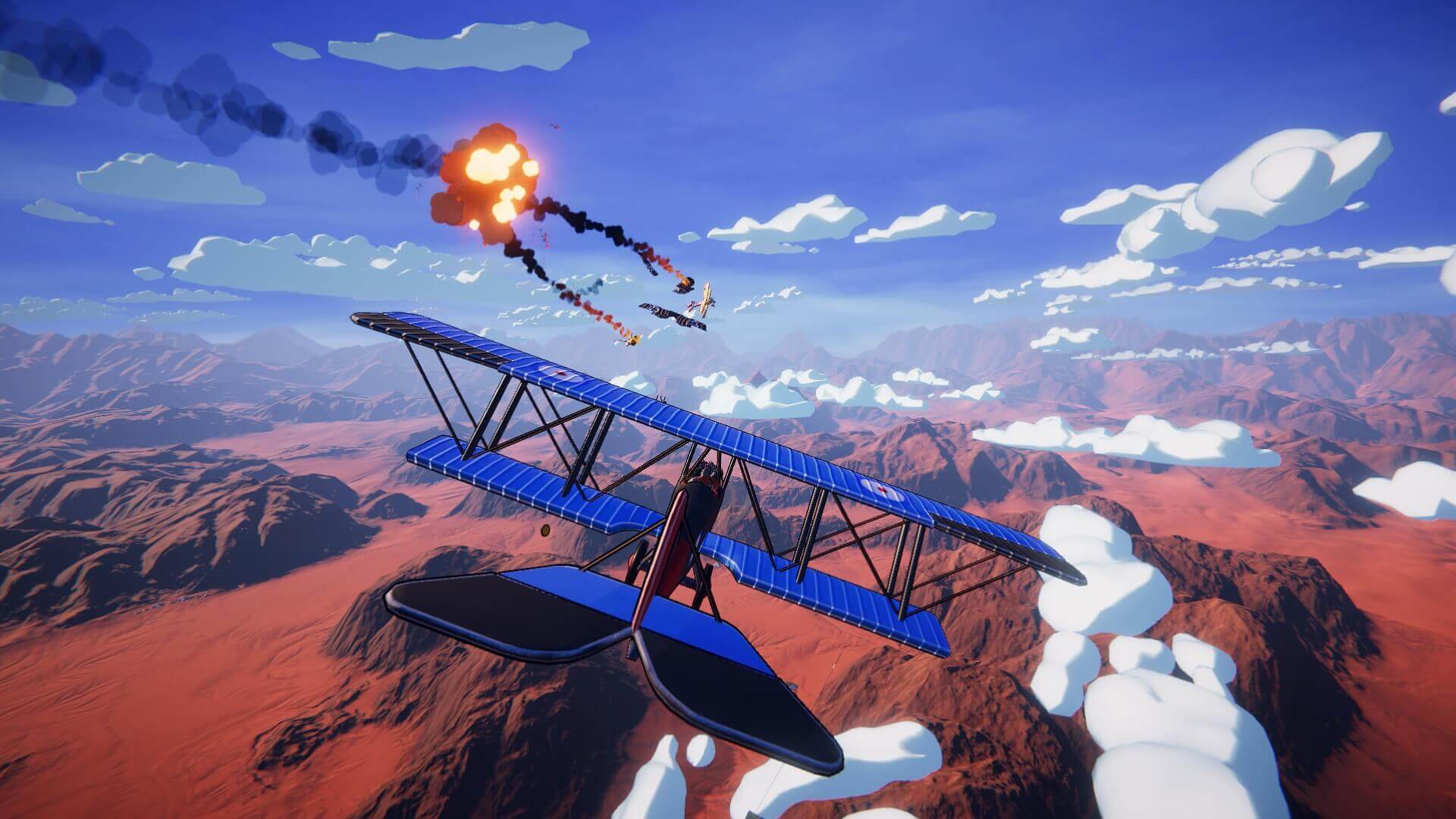 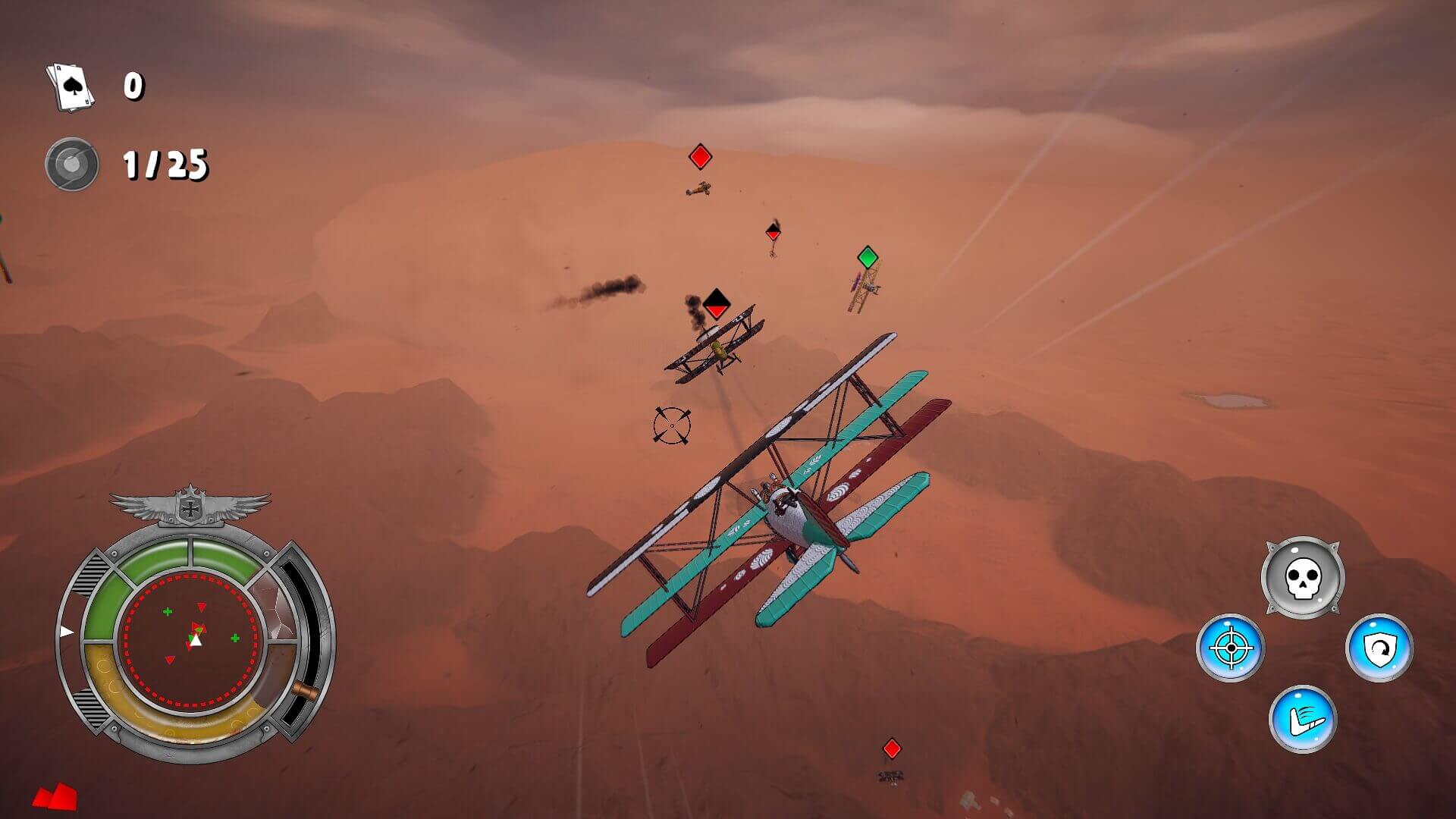 It’s understandable why the developers opted for cooldown timers since Red Wings: American Aces focuses heavily on multiplayer. Balancing players’ various skills is important and cooldowns can be an effective way to help keep matches fair. It’s safe to say that if the barrel roll had no cooldown and was kept exactly as it was, it would turn into an exceptionally overpowered skill, as it was clearly balanced with the cooldown in mind. But balancing should never take precedence over fun, and having to wait several seconds every time I use a basic gameplay feature is not my idea of fun.

Going Through the Motions

The modes on offer don’t fare much better. Despite its short length, the single-player campaign quickly turns into a repetitive slog, as it cycles between the same few mission types throughout its entire duration. Red Wings: American Aces tries to shake things up by introducing new hazards and enemy types in some of the missions, but these rarely force the player to rethink their strategies, which leaves these additions feeling somewhat superfluous. Additionally, these campaign levels generally last far longer than they need to, which makes failing a mission all the more frustrating.

“Despite its short length, the single-player campaign quickly turns into a repetitive slog, as it cycles between the same few mission types throughout its entire duration.”

Unfortunately, similar criticisms can be levied toward the game’s multiplayer modes, which also suffer from limited options. Players do have multiple modes to choose from, which include timed and score attack matches, but the presets associated with them practically ensure that most games will be dragged-out time commitments. For reference, the absolute lowest time limit that can be set for timed matches is five minutes, around the same amount of time used for some of the longer missions in the campaign mode.

There simply isn’t enough going on in Red Wings’ gameplay to warrant the amount of time it requires players to spend during any given session, and this severely harms the game’s pick-up-and-play factor, especially as it presents itself as “short-form” entertainment.

The myriad of limitations and nuisances mentioned above make Red Wings: American Aces an incredibly difficult game to recommend. The gameplay really does hold promise and had the developers rethought some of the title’s weaker design decisions, I could see this game being a decent way to spend some time.

“The myriad of limitations and nuisances mentioned above make Red Wings: American Aces an incredibly difficult game to recommend.”

But although Red Wings has a solid base, its questionable design choices and an overall lack of variety wear the experience thin far too quickly. As it stands, it feels like it’s constantly keeping players in shackles, and learning to grow accustomed to those shackles just isn’t worth it.

Red Wings: American Aces is available on Nintendo Switch and Microsoft Windows by way of Steam. According to the developers, Red Wings is the only biplane air-combat arcade shooter with cross-platform online multiplayer. 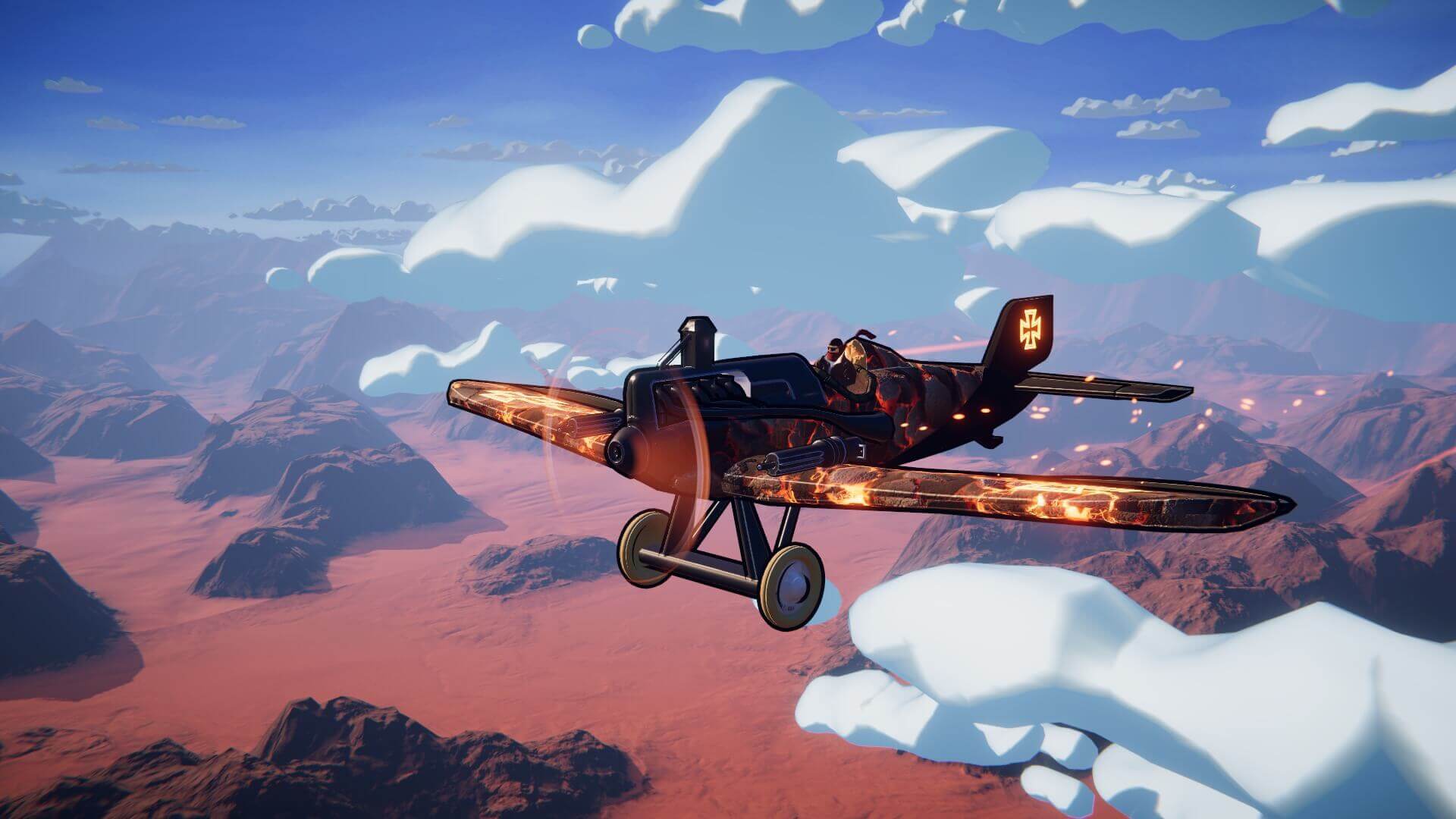 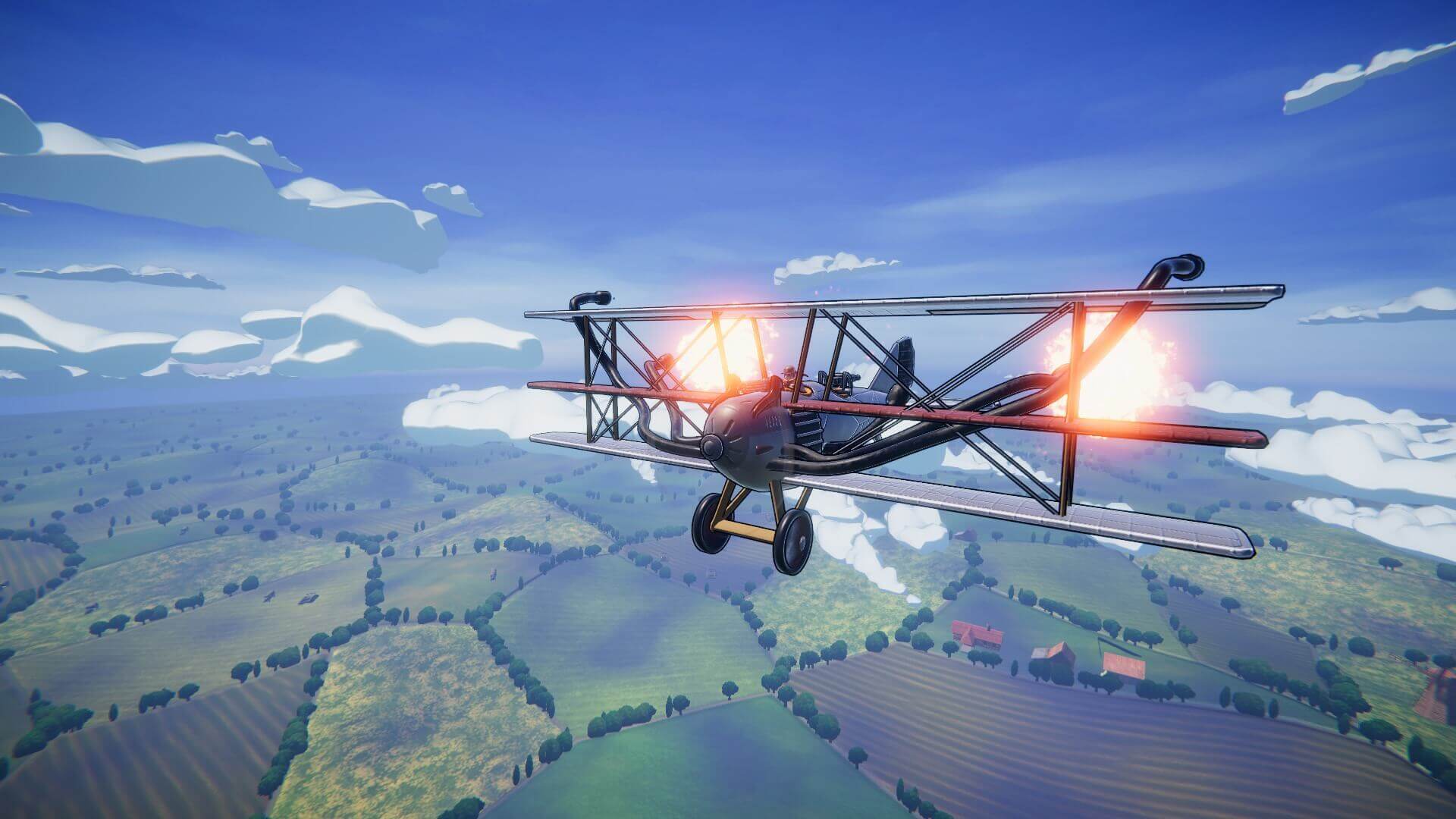 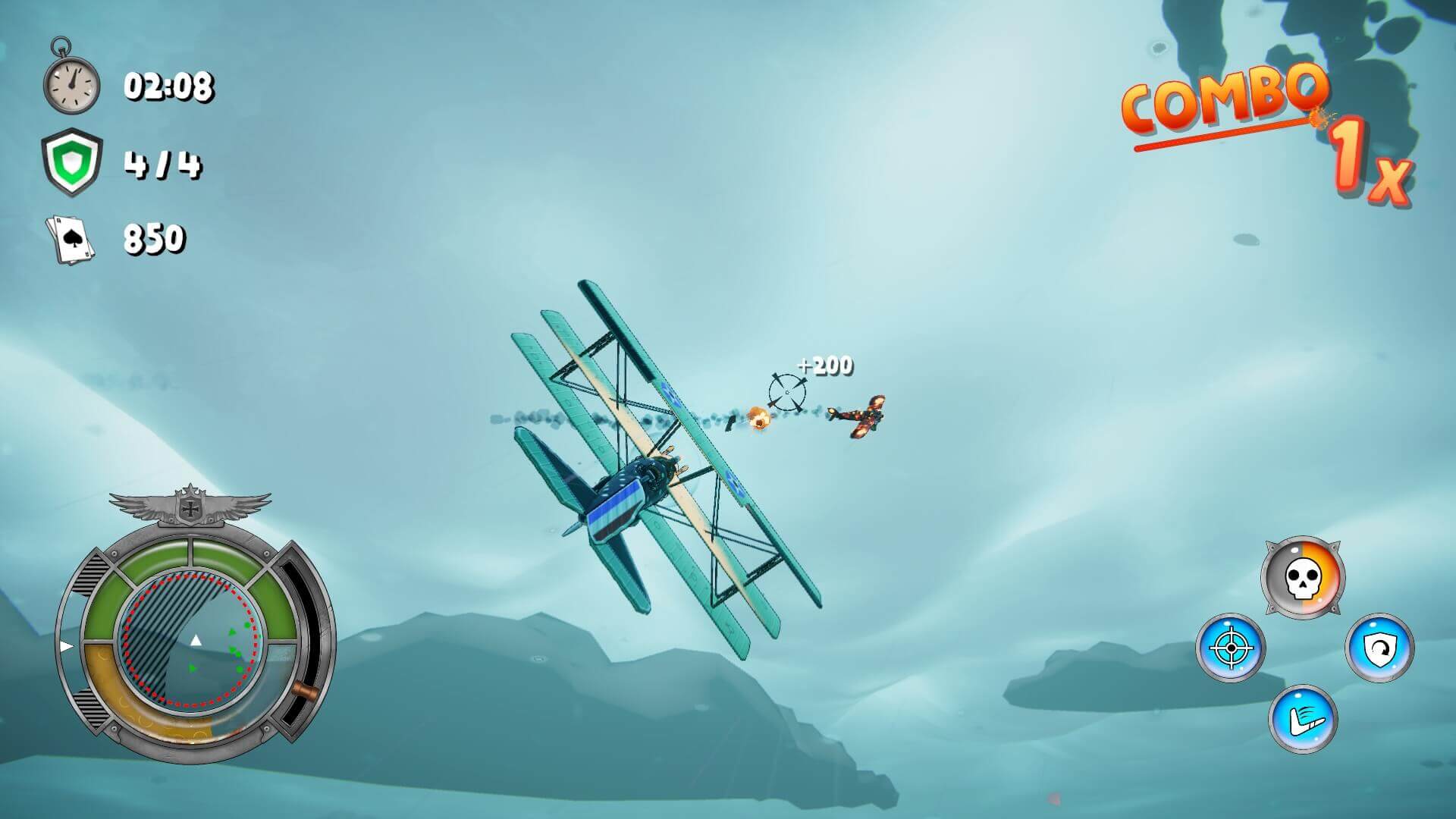