Players will be able to take control of the iconic Gaulish warriors in ‘Asterix & Obelix: Slap Them All!’ — a gorgeous, upcoming beat ’em up game for consoles and PC.

July 19, 2021 —  “These Romans are crazy!” exclaims Obelix in almost every volume of the comic book series Asterix. Now, thanks to French developer Mr Nutz Studio and long-running publisher Microids — founded in 1985 — players will soon have revenge on the Romans once again, courtesy of upcoming beat ‘em up Asterix & Obelix: Slap Them All!.

“Considering the series’ focus on defeating Roman baddies, few genres make as much sense for a video game adaptation as a beat ‘em up.”

In the new game, players will take on the role of Asterix and Obelix, the series’ Gaulish lead characters must defend their region against the invading Romans. The gameplay is said to offer iconic locations from the long-running comic book series and a slew of enemies to fight against like Norman warriors, pirates, robbers, and — our course — Romans, to name a few.

For Slap Them All!, developers at Mr Nutz Studio have decided to fully respect the original comic book material, matching its unique artistic direction to the upcoming game; all animations, scenery, and characters are to be hand-drawn in the “Ligne Claire” style that is synonymous with French comic books including Asterix, Lucky Luke, and TinTin — and as the screenshots below clearly show, the game truly captures the franchise’s comic book, animated look. This is a style that has seen an increased interest in gaming over recent years, from the sketchbook-like first-person horror game Mundaun to the serene and cozy atmosphere of the sandbox action game Spiritfarer, “Asterix look-a-like” swashbuckler romp The Three Musketeers: One For All!, and the remarkable 1940s-inspired run and gun platformer Cuphead. 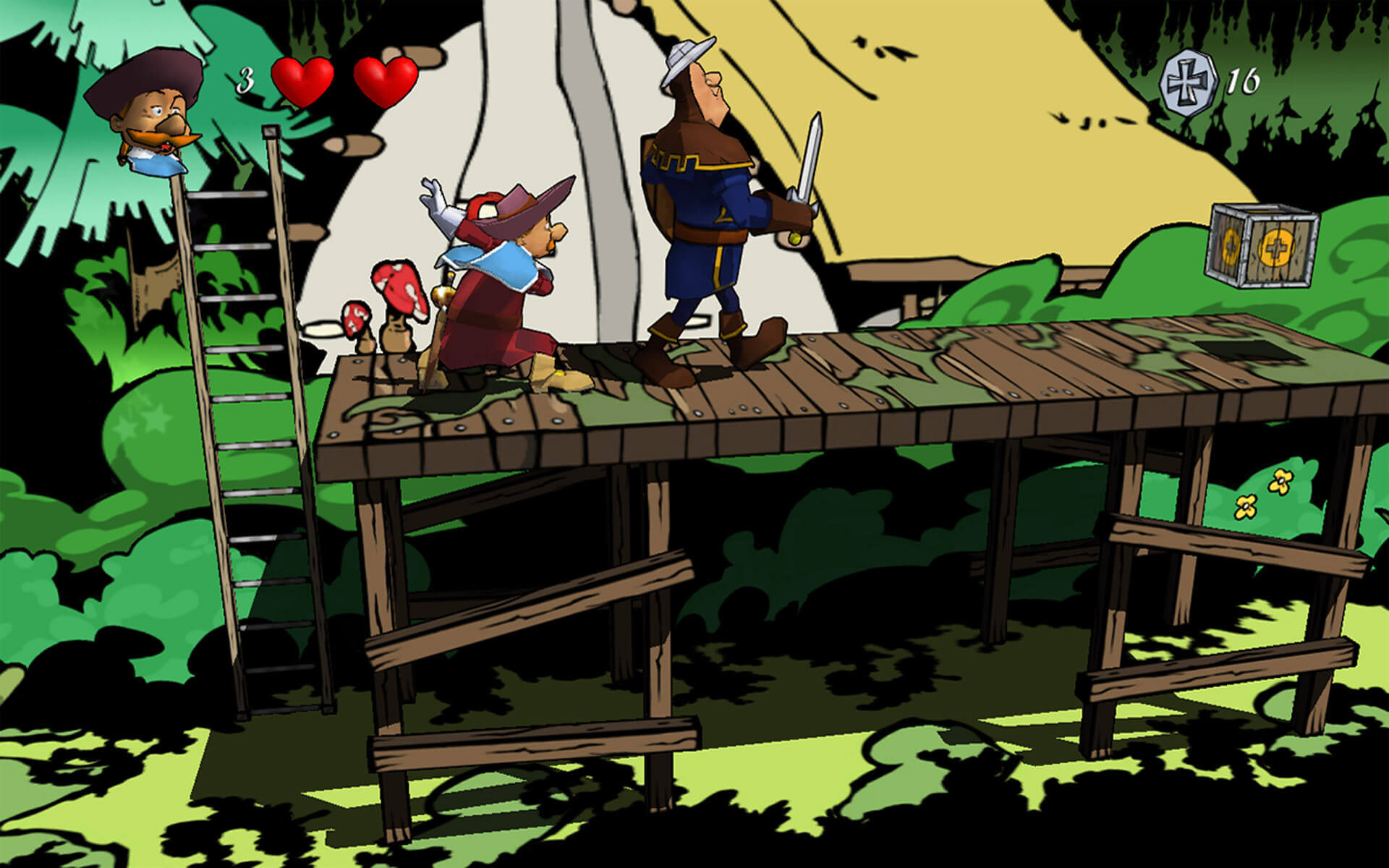 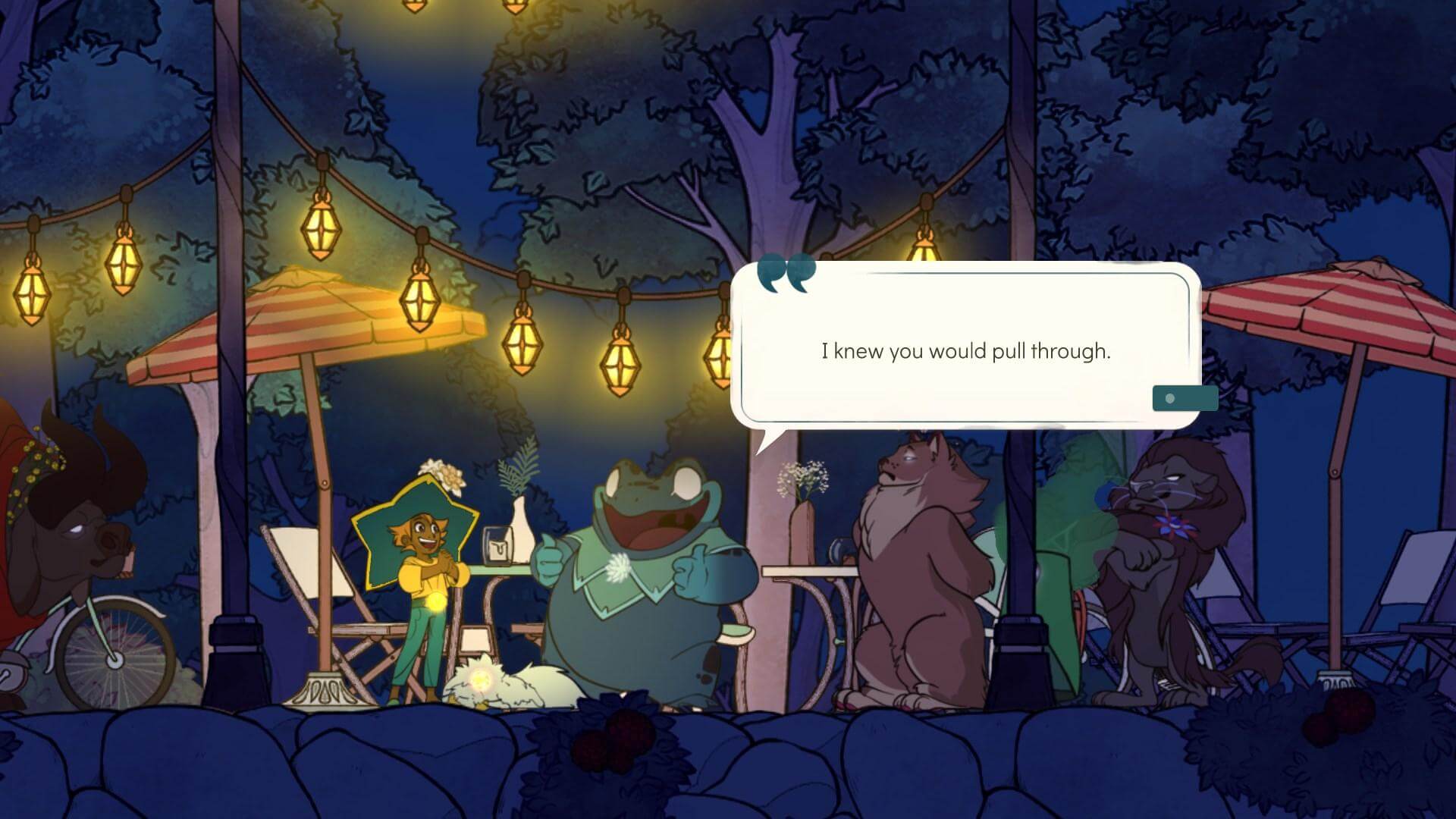 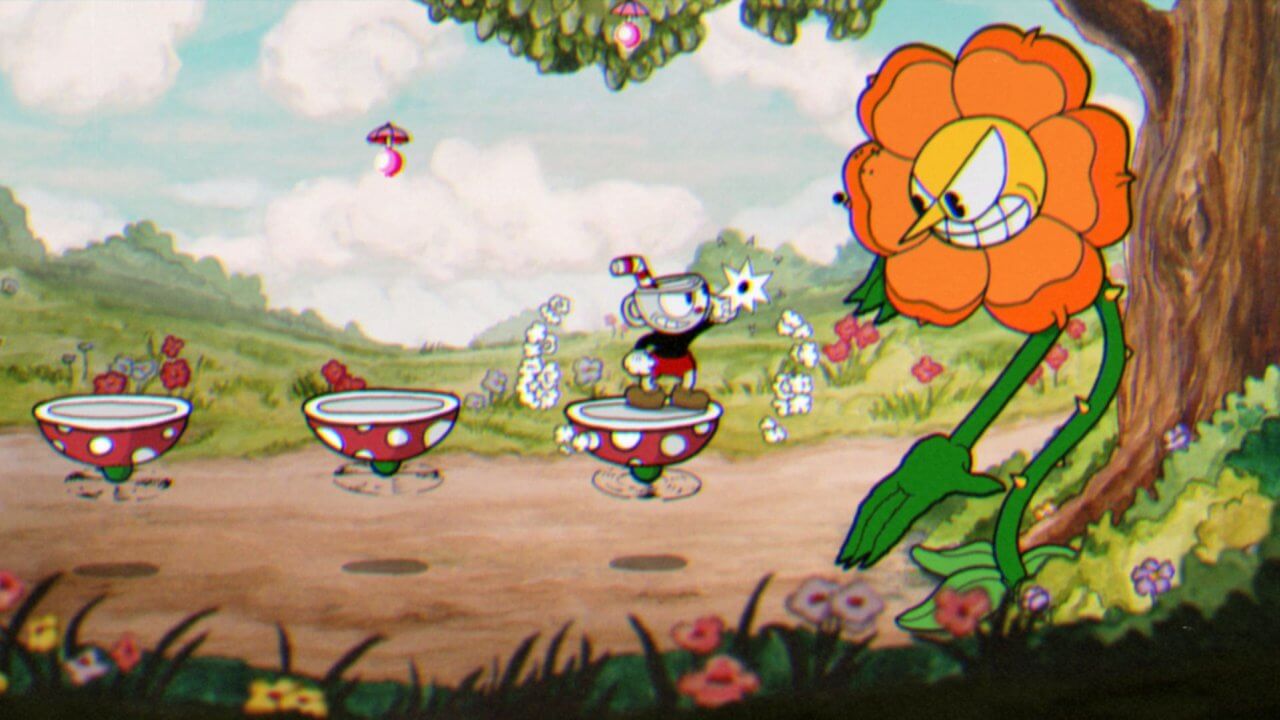 Of course, none of these aforementioned games are based on comic books — a distinct advantage Asterix holds practically being a household name in many countries. The comic book series, created by René Goscinny and Albert Uderzo, has been in print since 1959.

Considering the series’ focus on defeating Roman warriors, few genres make as much sense for a video game adaptation as a beat ‘em up. The developers are also taking advantage of the Asterix franchise’s origins to add a unique style to the beat ‘em up genre; not only does each slap look powerful and effective, but they make use of so-called onomatopoeia (“Bang!”, “Ouïe!”, “Tchac!”) that has become synonymous with the comic book style. In a short trailer that was recently released, Slap Them All! has already shown great promise and exciting potential. 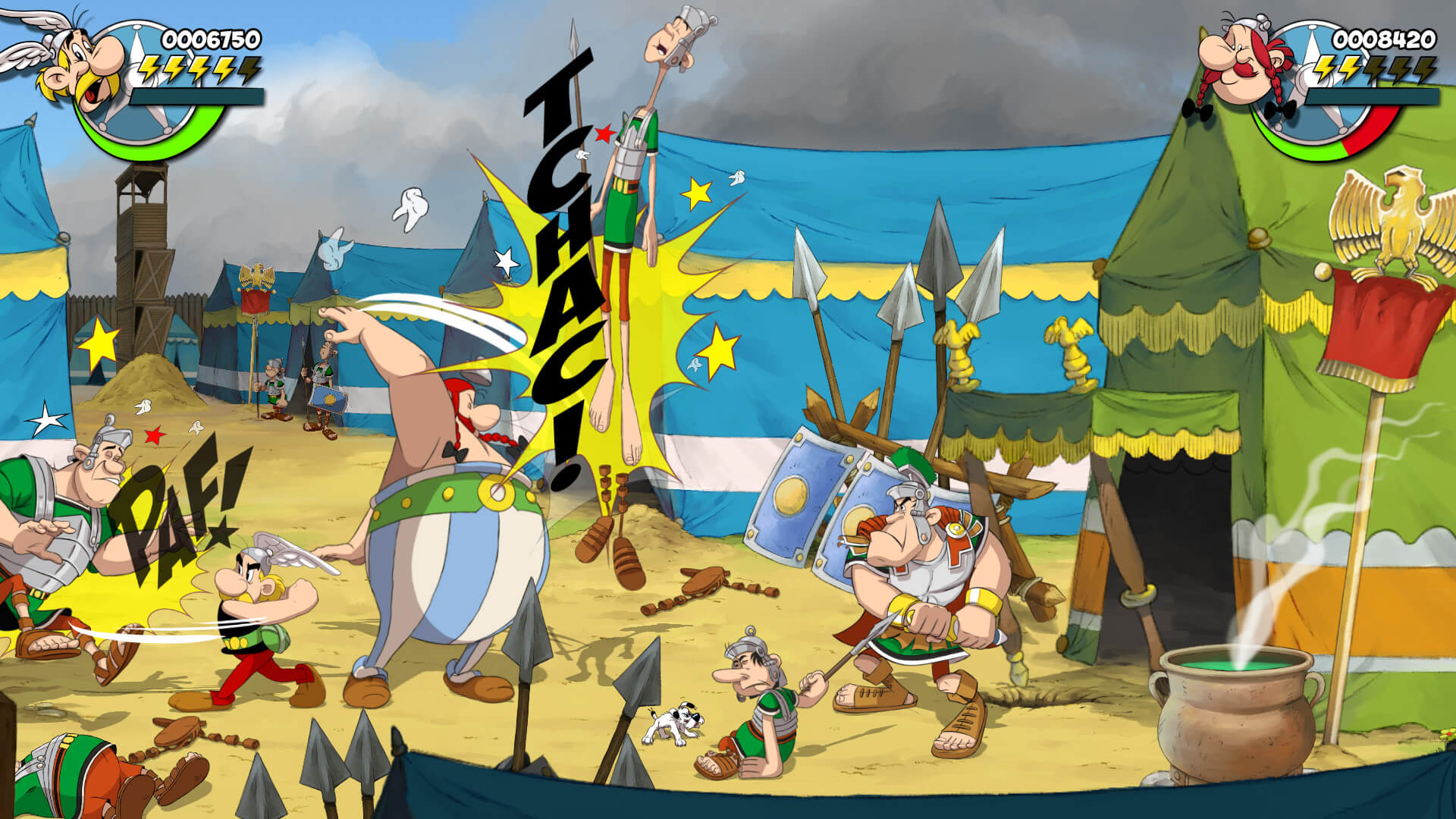 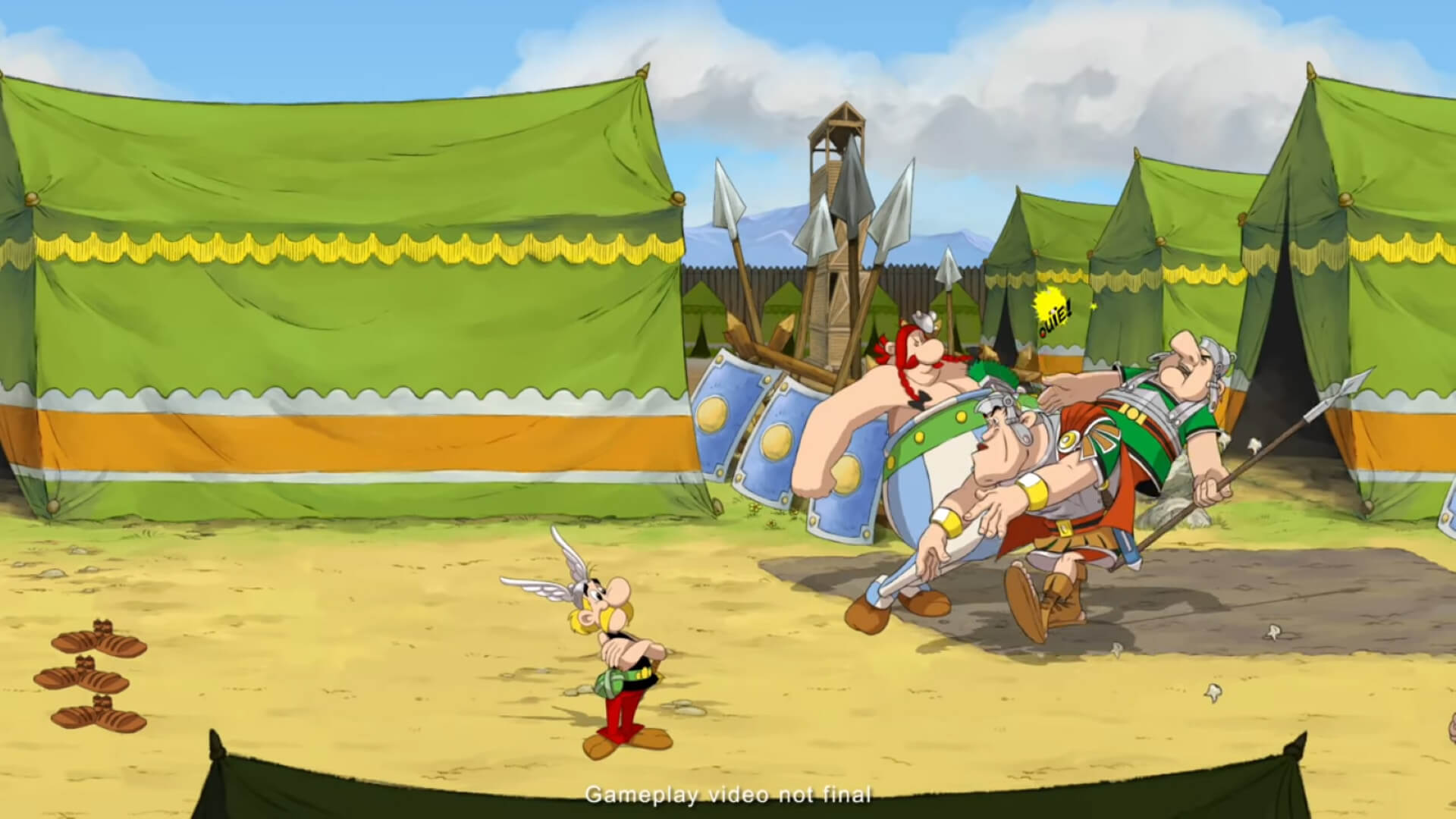 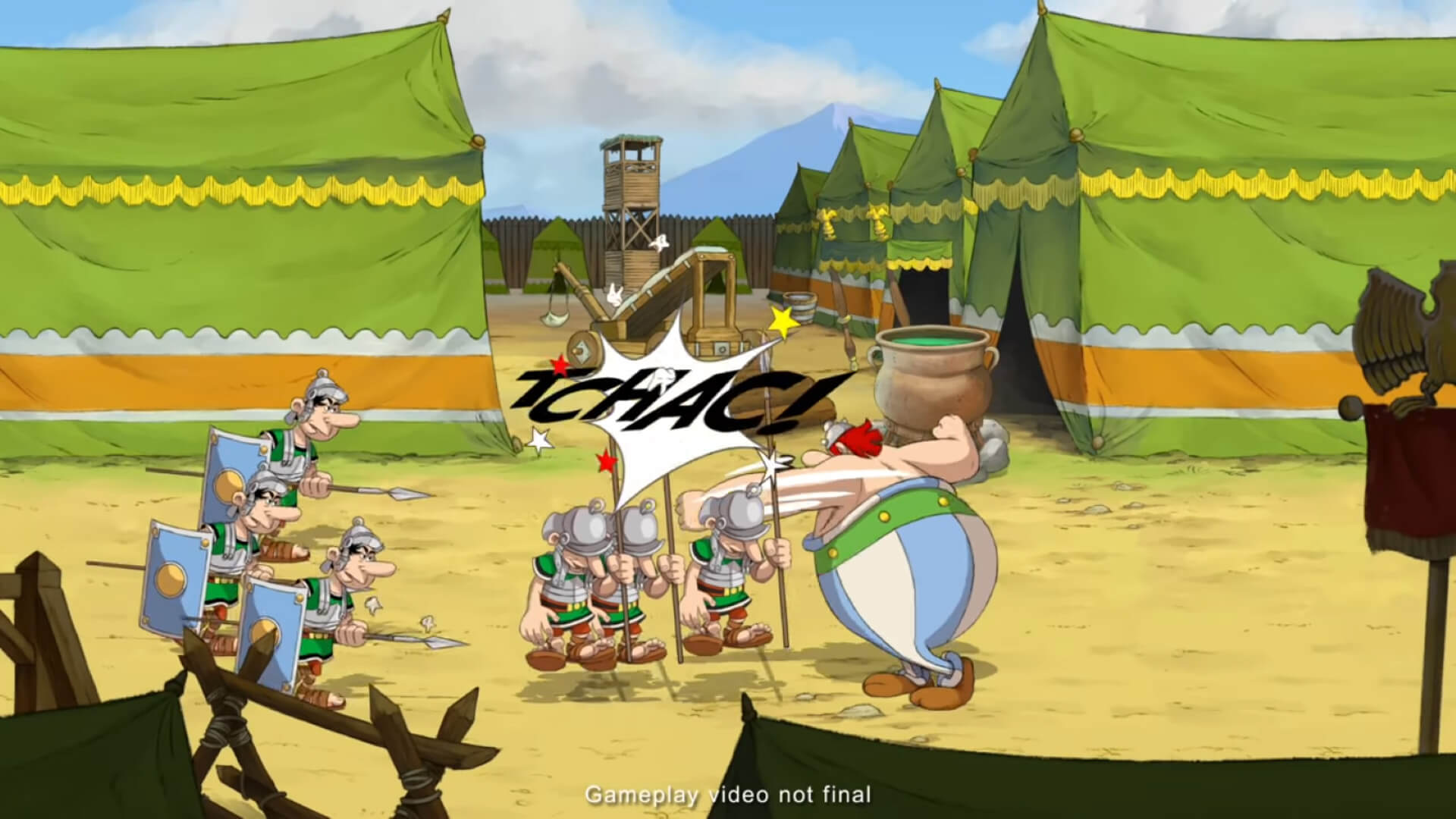 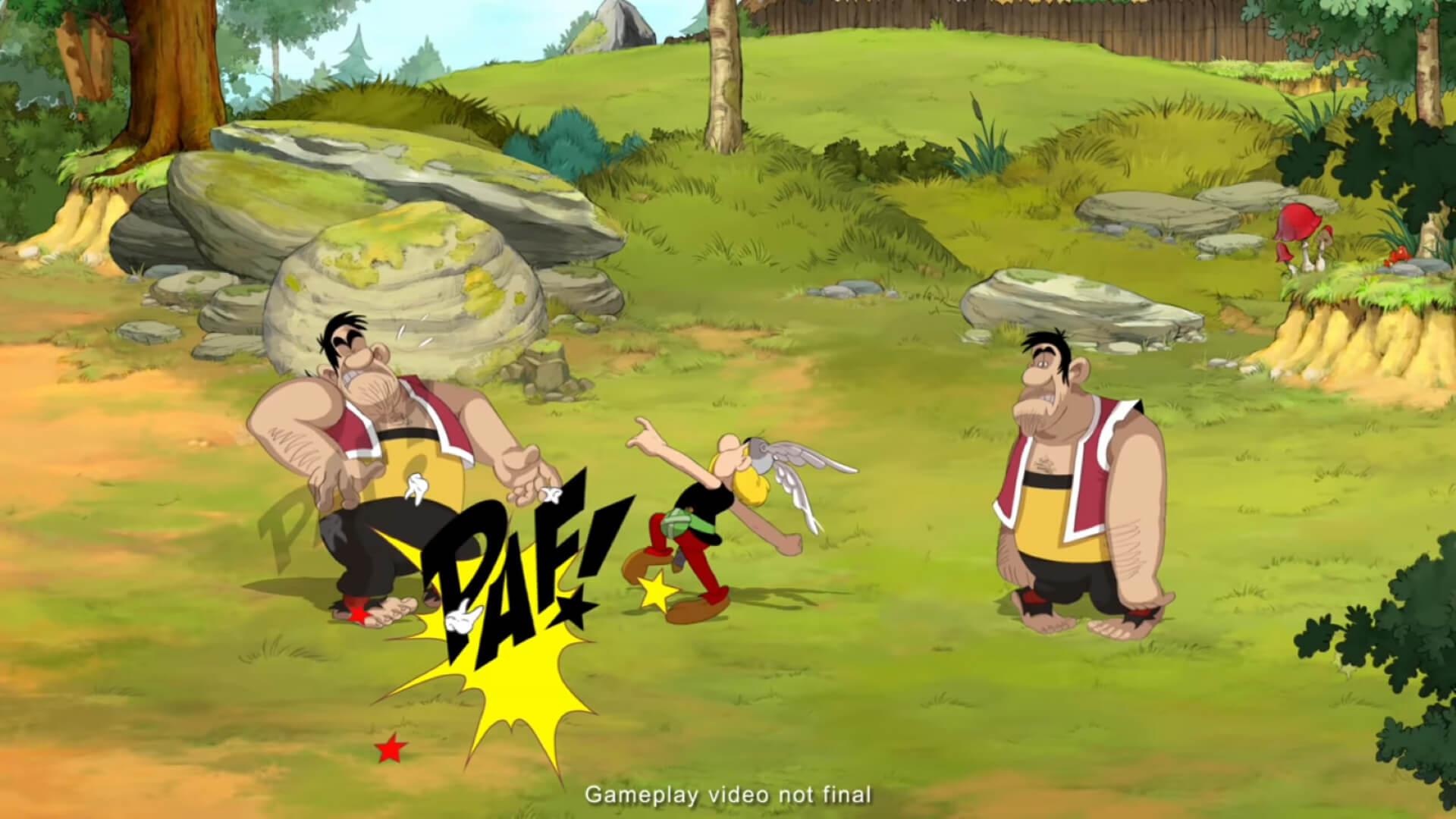 Over the years, the success of Asterix has led to several adaptations, including ten animated films, five live-action films, an upcoming animated Netflix series, and dozens of video games. The first video game, the 1983 Atari 2600 title Asterix, was originally released in the United States as Tax, featuring the titular Looney Tunes character; Asterix, who was much more iconic at the time, replaced the Tasmanian Devil in other countries. The United States would receive its first Asterix title shortly thereafter with Obelix, also for the Atari 2600.

Before long, the characters moved to the platform genre, with Sega’s Asterix for the Master System in 1991, Asterix and the Great Rescue for the Genesis and Game Gear in 1994, and Asterix and the Power of the Gods for the Genesis in 1995, as well as Infogrames’s Asterix for the NES, SNES, and Game Boy in 1993, and Cryo Interactive’s Asterix & Obelix Take On Caesar for the PS1 and PC in 1999.

In recent years, Microids has revived Atari’s action-adventure games of the 2000s in some remasters of the Asterix & Obelix XXL trilogy for Nintendo Switch, PlayStation 4, and Xbox One. Seeing the publisher move in the direction of a classic beat ‘em up should be comforting for both fans of the comic and retro games alike, as it appears to be the most suitable genre for the series.

Gamers can look forward to getting their hands on Asterix & Obelix: Slap Them All! in late 2021 for Nintendo, PC, PlayStation, and Xbox. The game is already available to wishlist on Steam. 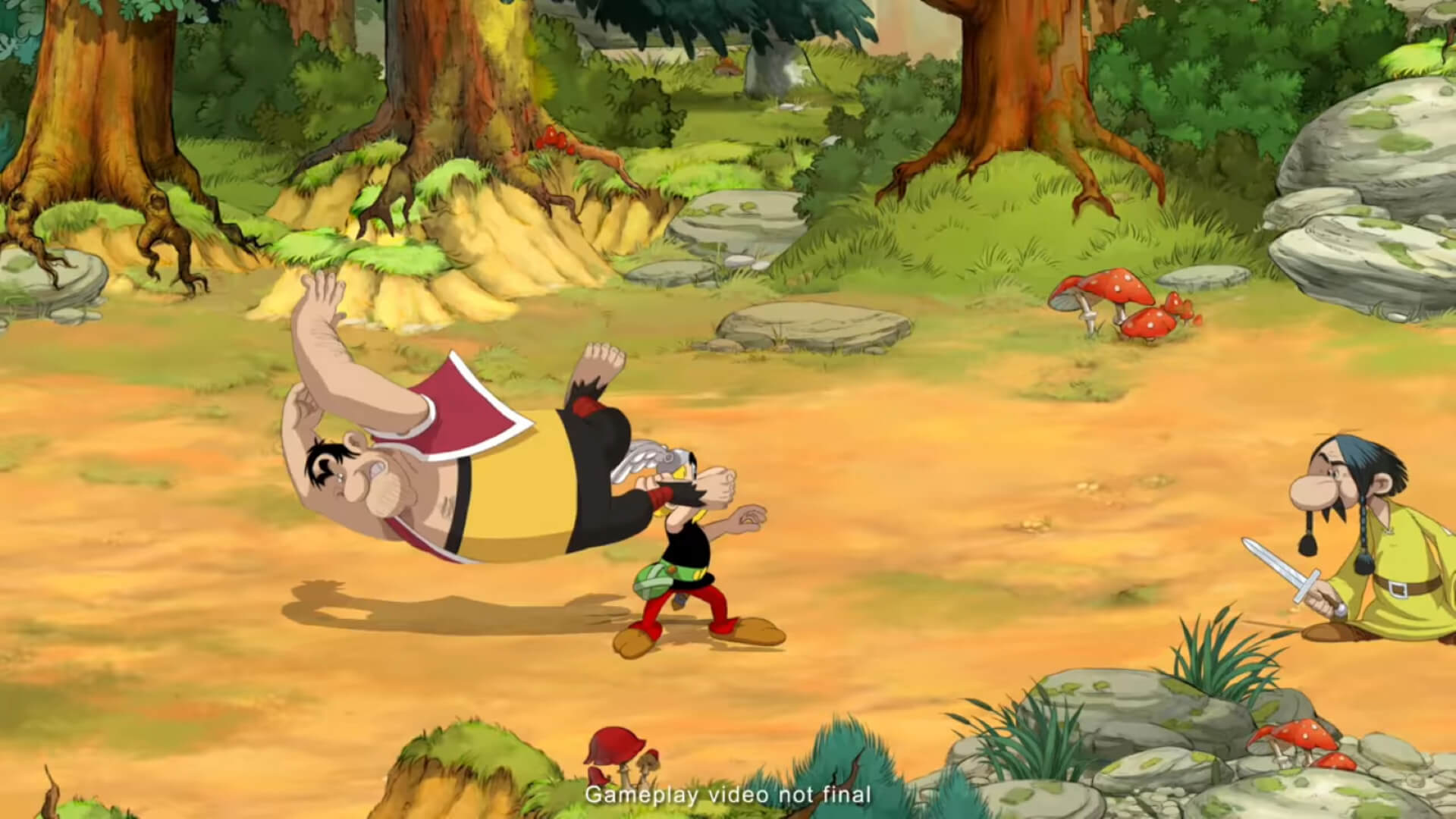 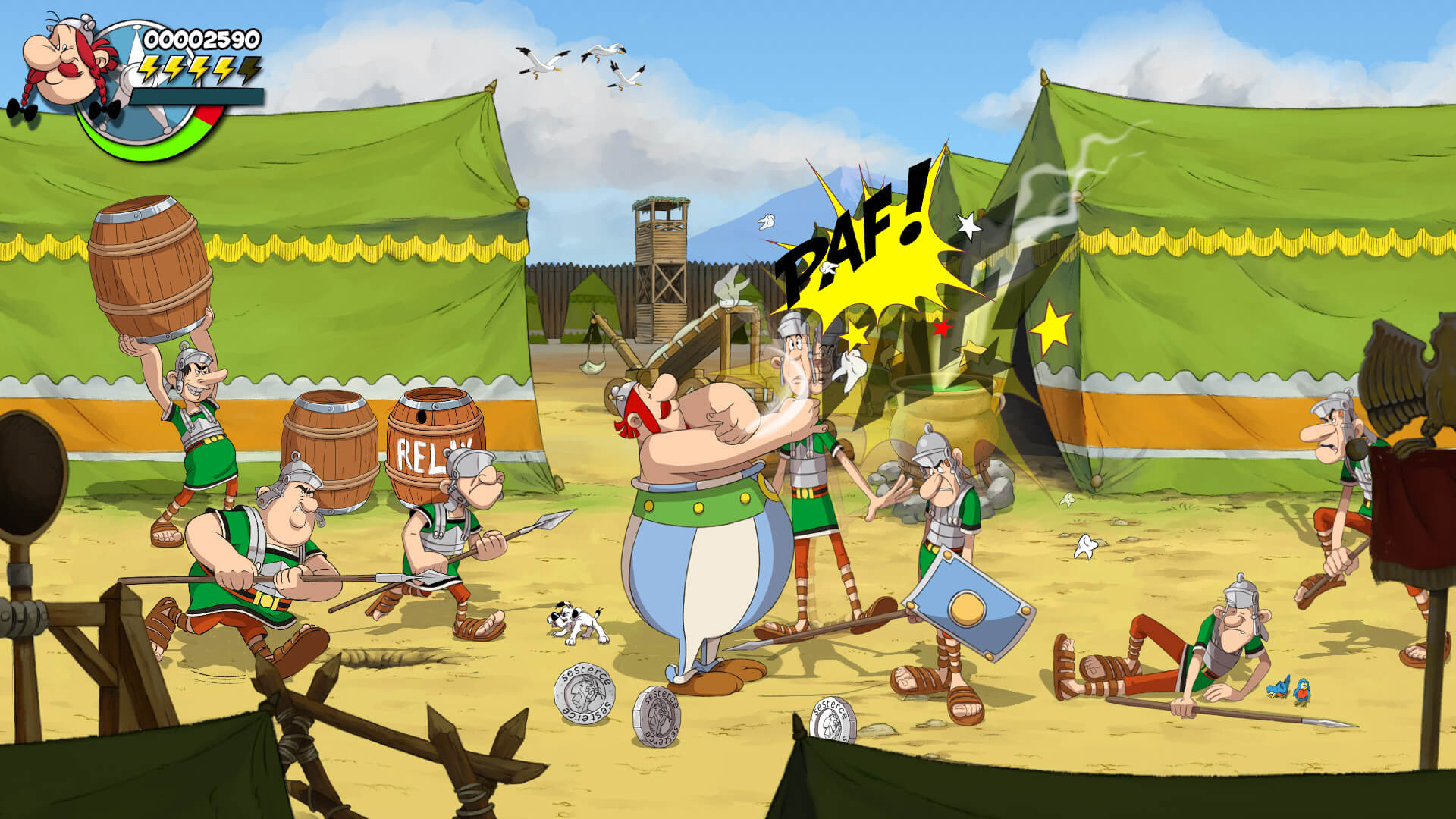 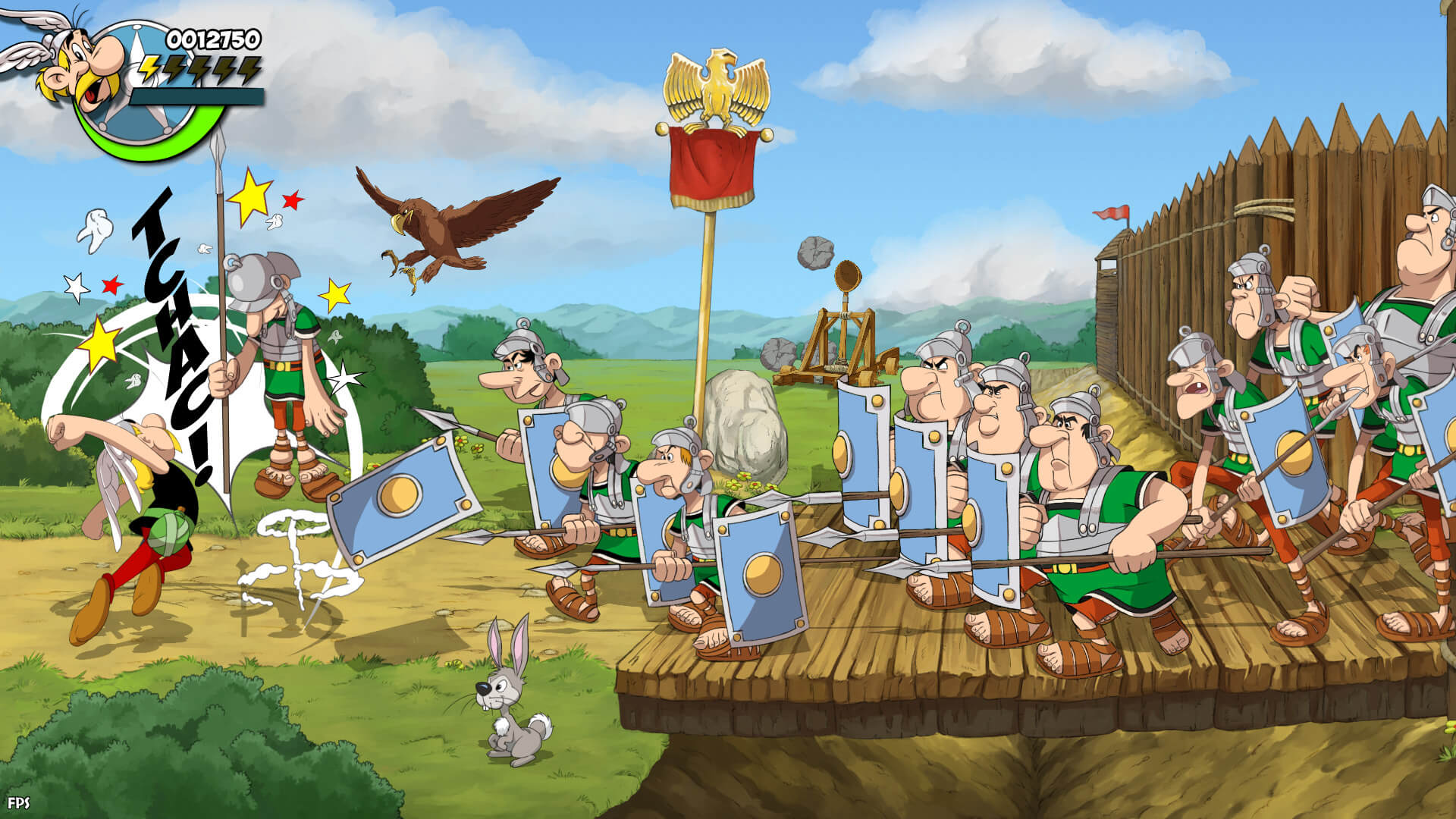 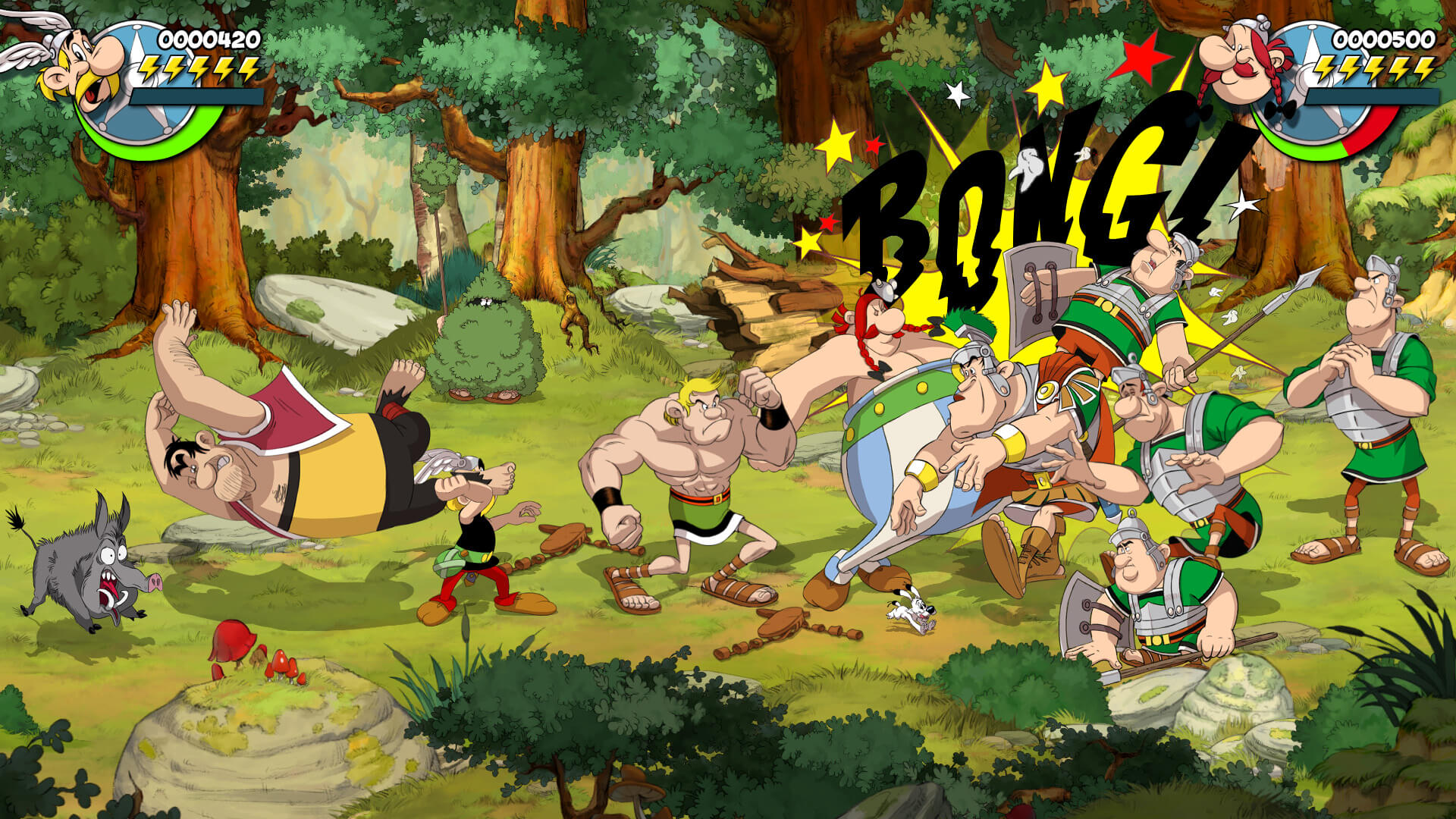 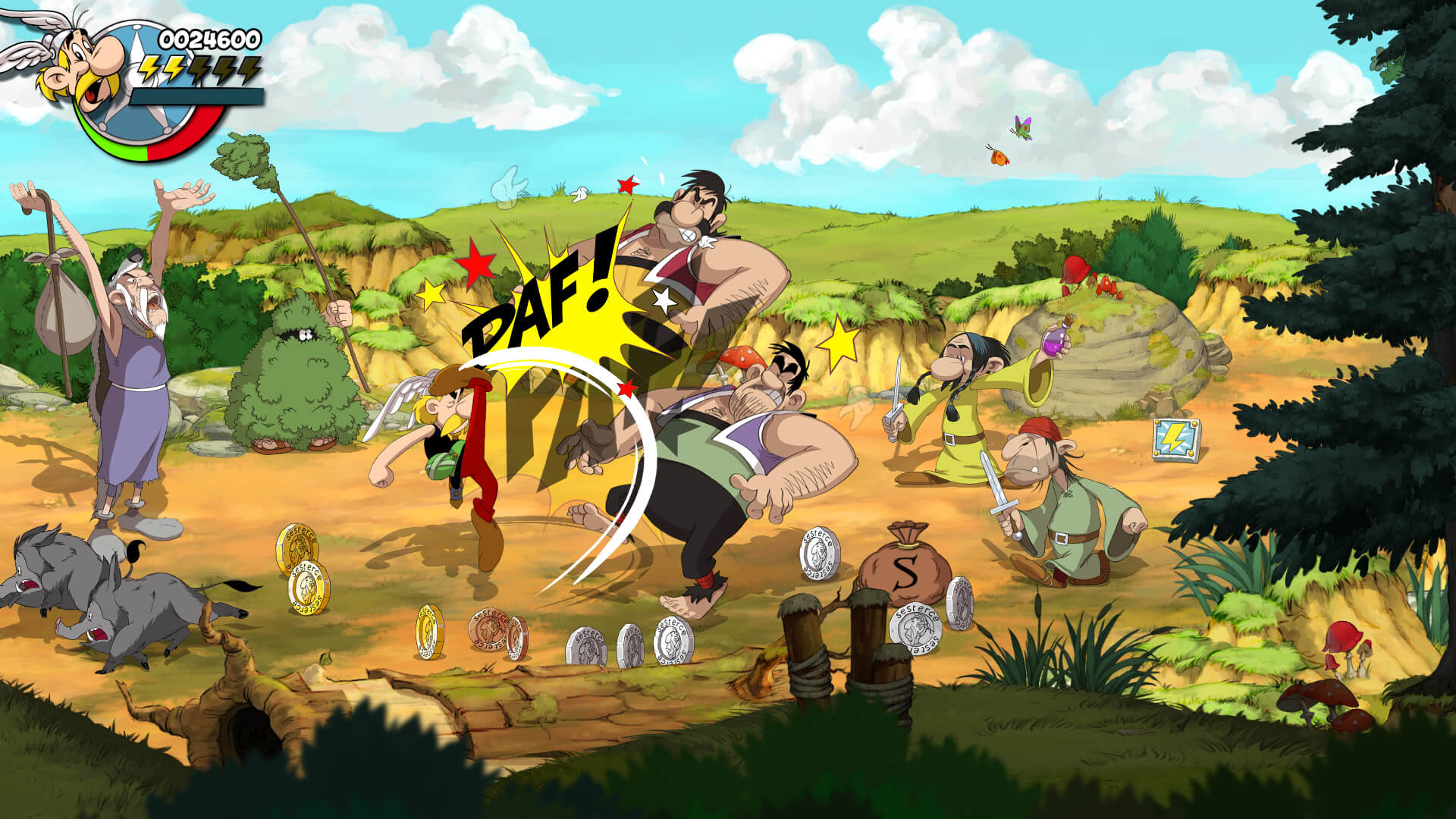 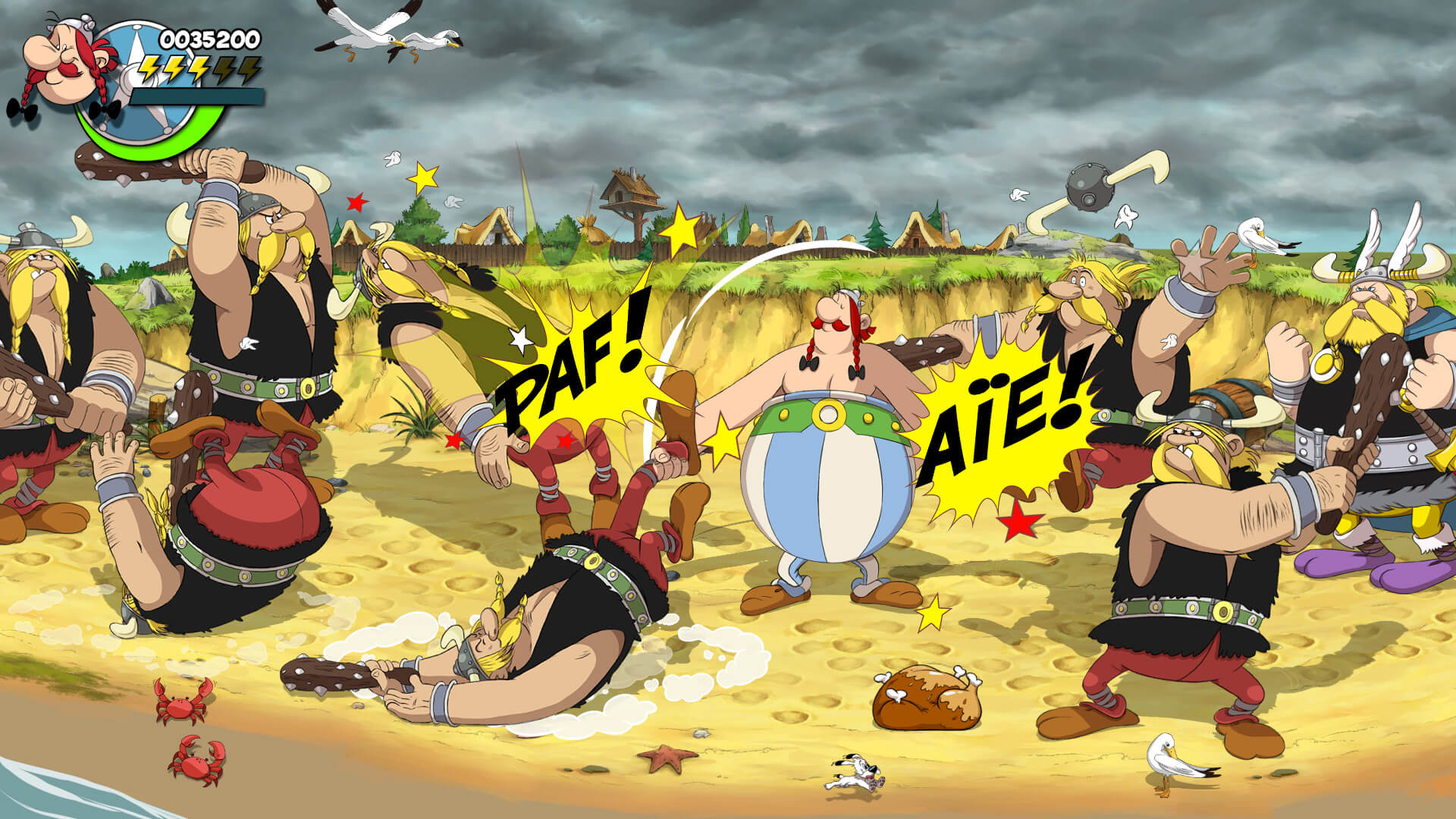 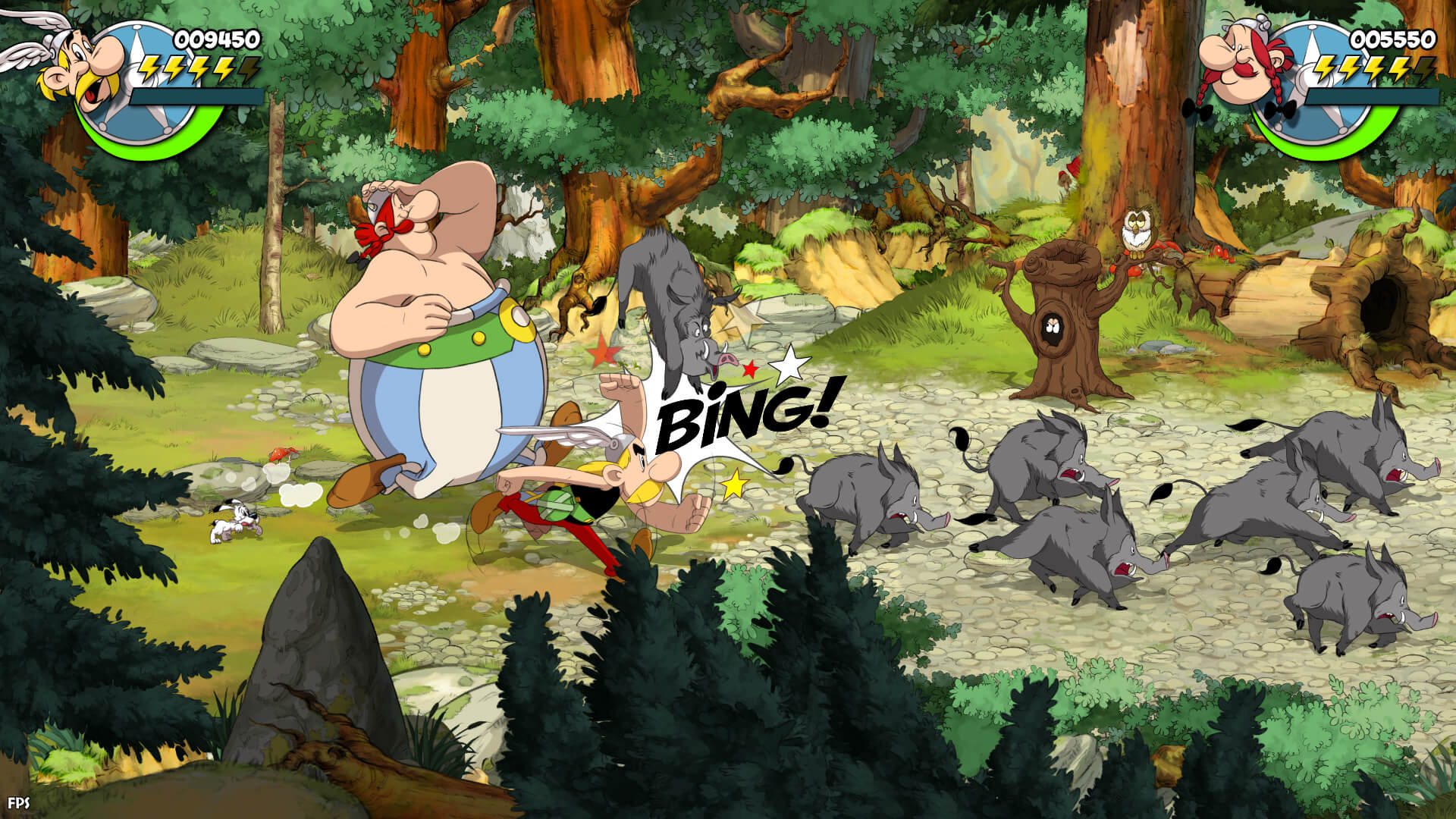 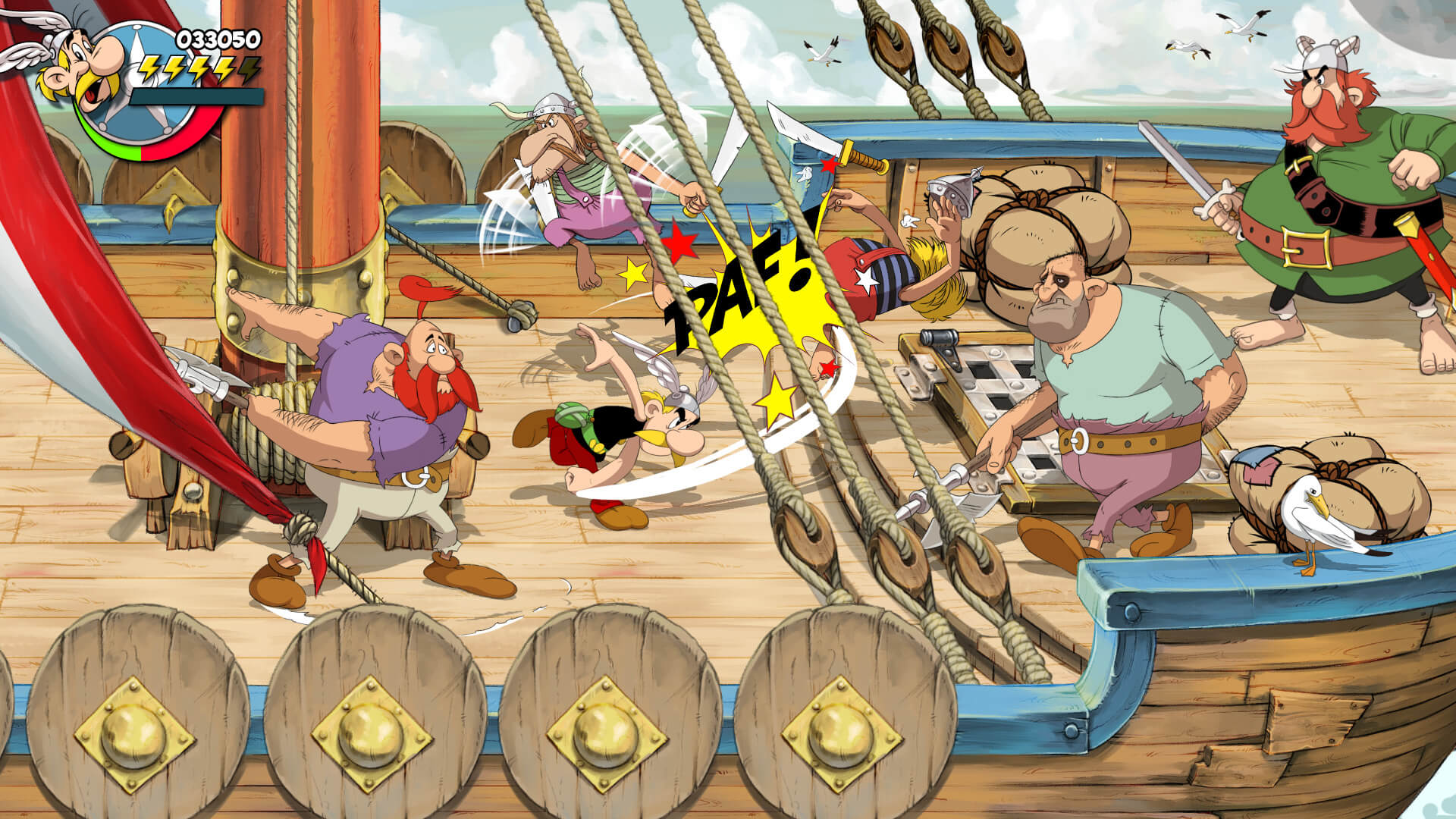 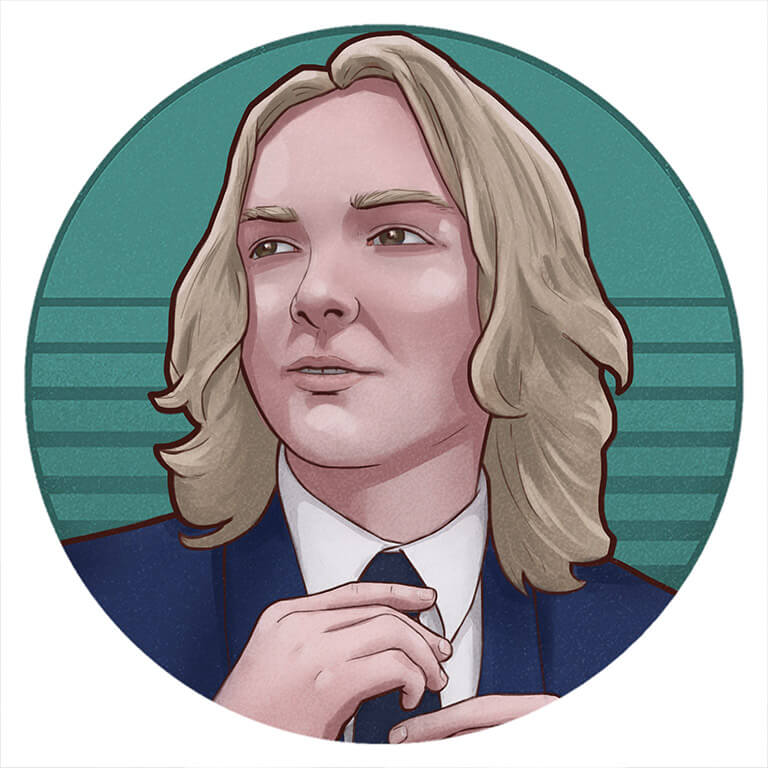 Rhain discovered a long time ago that mixing one of his passions (video games) with the other (writing) might be a good idea, and now he’s been stuck in the industry for over eight years with no means of escaping.