Indiana Jones and the Raiders
of the Lost Ark (Bluray)

An epic adventure of perils, thrills, drama, and a touch of horror that has made it an audience-darling. Plus, Amazon brings back famous point-a

August 4, 2021 — The Indiana Jones cinematic series is bookended by the best and worst of Hollywood. On one end, there is the more recent travesty of 2008 that sent the titular archeologist soaring through the air in a 50s-era refrigerator amidst a nuclear blast not long before he meets a race of aliens.

On the other end, in 1981 Steven Spielberg gave us a more grounded epic that pit Indy against nefarious Nazis on a pre-World War II quest for the fabled Ark of the Covenant. I will let everyone guess which of the two we hope inspires Indy’s upcoming fifth adventure, rumored to take place in the streets of New York and possibly even, dare I say, in space.

“Harrison Ford has incredible charisma and a silver-screen personality that can be watched for hours on end.”

Indiana Jones and the Raiders of the Lost Ark embodies the best parts of an action-adventure. It features the hero’s journey every male — prepubescent and beyond — will want to emulate, the stunning damsel in distress, a familiar but still somewhat fantastical threat, and perils that young boys recreate at home using cardboard and beach balls. Throw in a fantastic cast of Harrison Ford, John Rhys-Davies, Karen Allen, Denholm Elliot, Paul Freeman, and Ronald Lacey as one of the most unsettling depictions of a Nazi in cinema and you have the makings of a truly memorable movie.

Though audiences get a better introduction to the origins of Indiana Jones’ in the third film, Indiana Jones and the Last Crusade, for all intents and purposes, Raiders of the Lost Ark is where the legend began for theater-goers back in 1981. Indy’s inaugural adventure opens with one of the most iconic scenes of all time — and the start of Alfred Molina’s (Spider-Man 2) career. 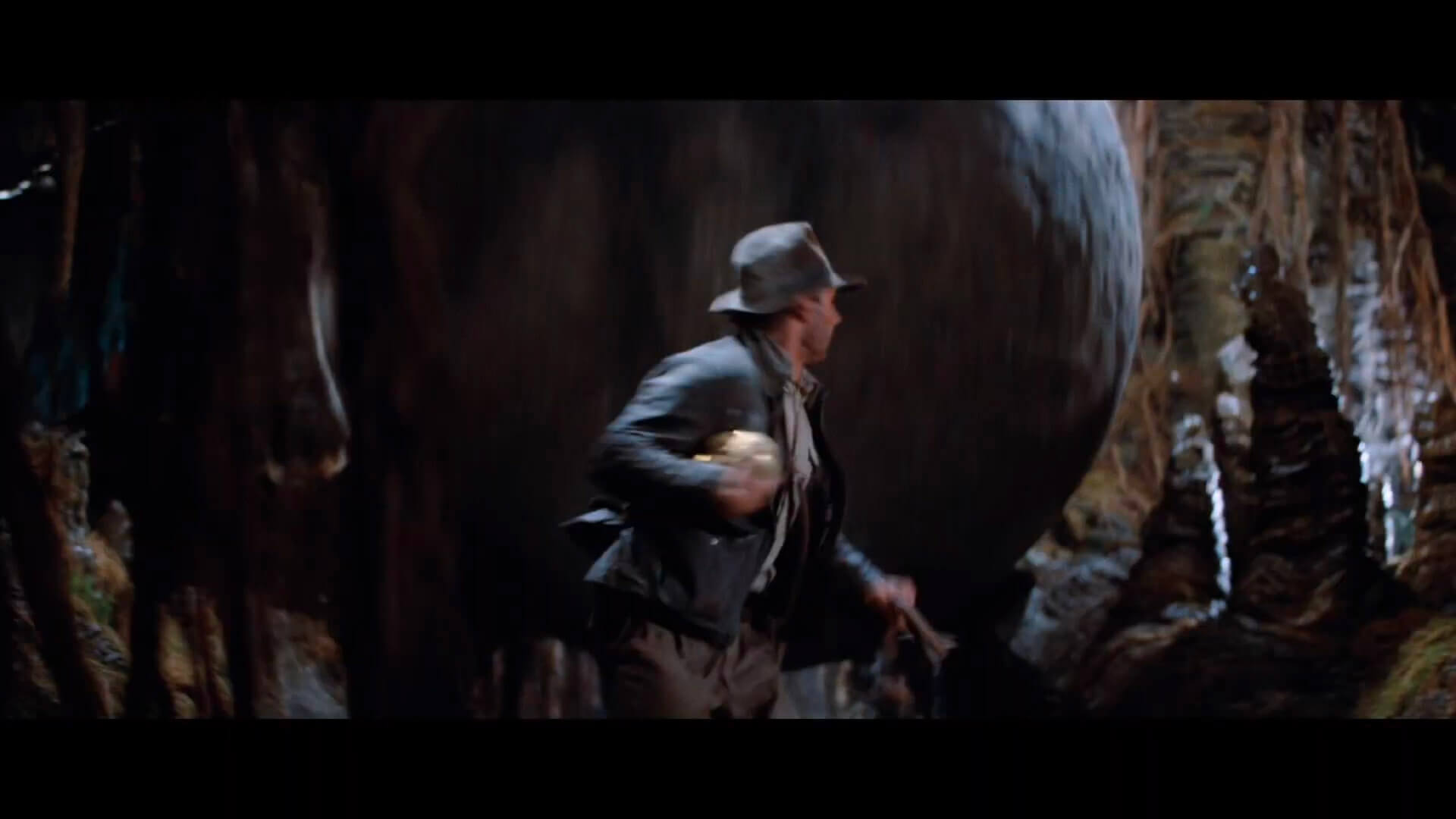 The “rolling boulder” cave scene has embedded itself in the annals of cinematic history, finding its way into Toy Story, The Lizzie McGuire Movie, UHF, The Rugrats Movie, and has also inspired the level design of countless video games, and so much more. But one cannot judge an entire movie on a single scene, right? No, but luckily for Indy, Raiders of the Lost Ark does not have to rely on the meme-ability of its iconic boulder chase as it features more than a few equally striking scenes.

Steven Spielberg is at peak performance with Raiders of the Lost Ark. The film may show its age today, but it is hard not to get sucked in by the educated machismo of Indiana (whose “professional” name in the movie is Dr. Henry Walton) as he does a Clark Kent-type shift from scholar to adventurer to preserver of history. Harrison Ford has incredible charisma and a silver-screen personality that can be watched for hours on end, and his seems right at home in the role of Indiana. Even if one walk’s away from the movie displeased with the overall production, it is likely they’ll cite Ford’s performance as the one high point.

While Nazis have been over-used as the primary enemy in far too many movies, it is important to remember the Hollywood of the 80s and the public hadn’t quite been inundated with creative works like Call of Duty and Saving Private Ryan. In other words, Nazis were viewed as relatively novel and fresh at the time, and they work as the perfect foil for the all-American Indy as he tries to keep the Ark of the Covenant from falling into their hands. 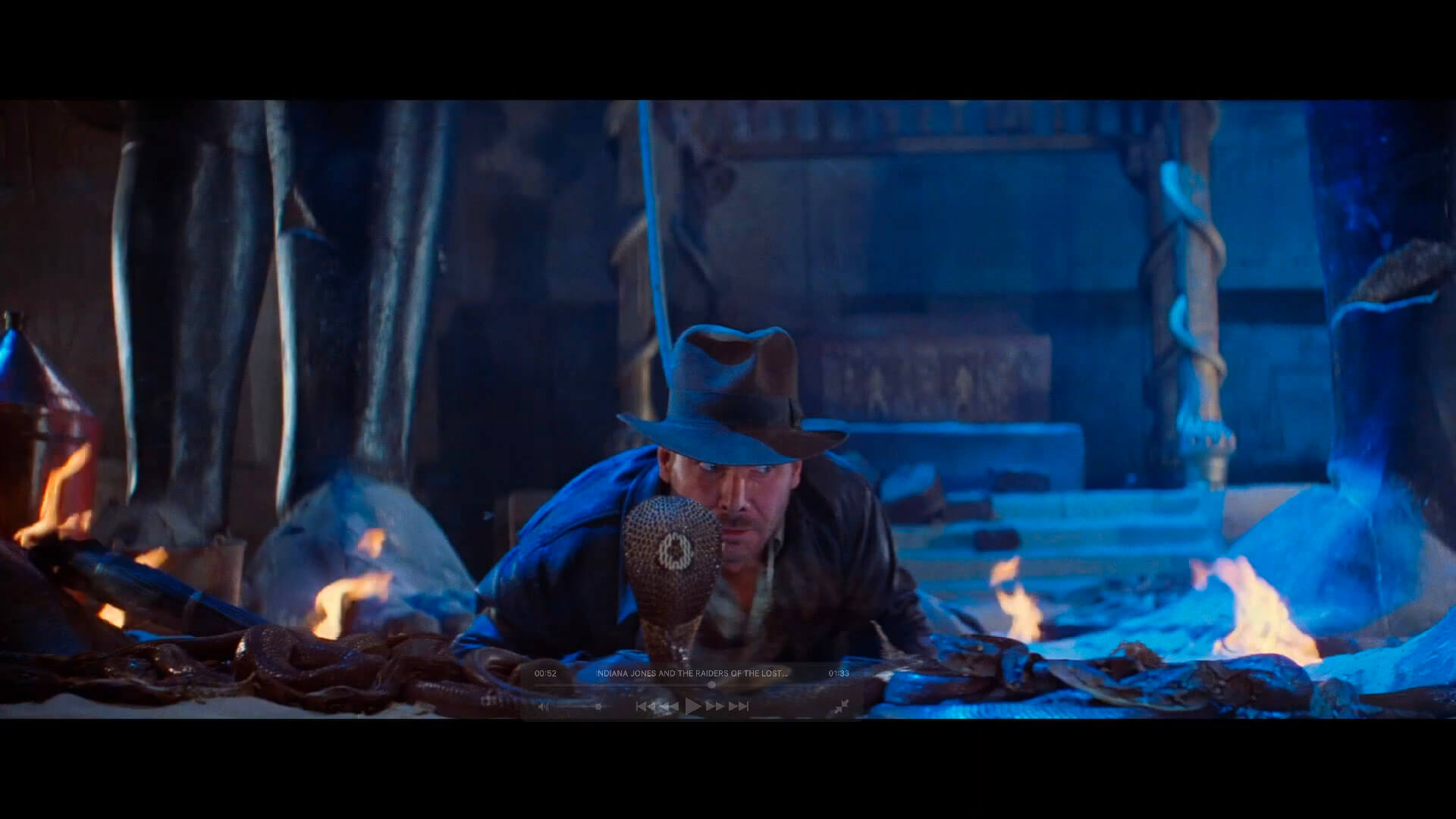 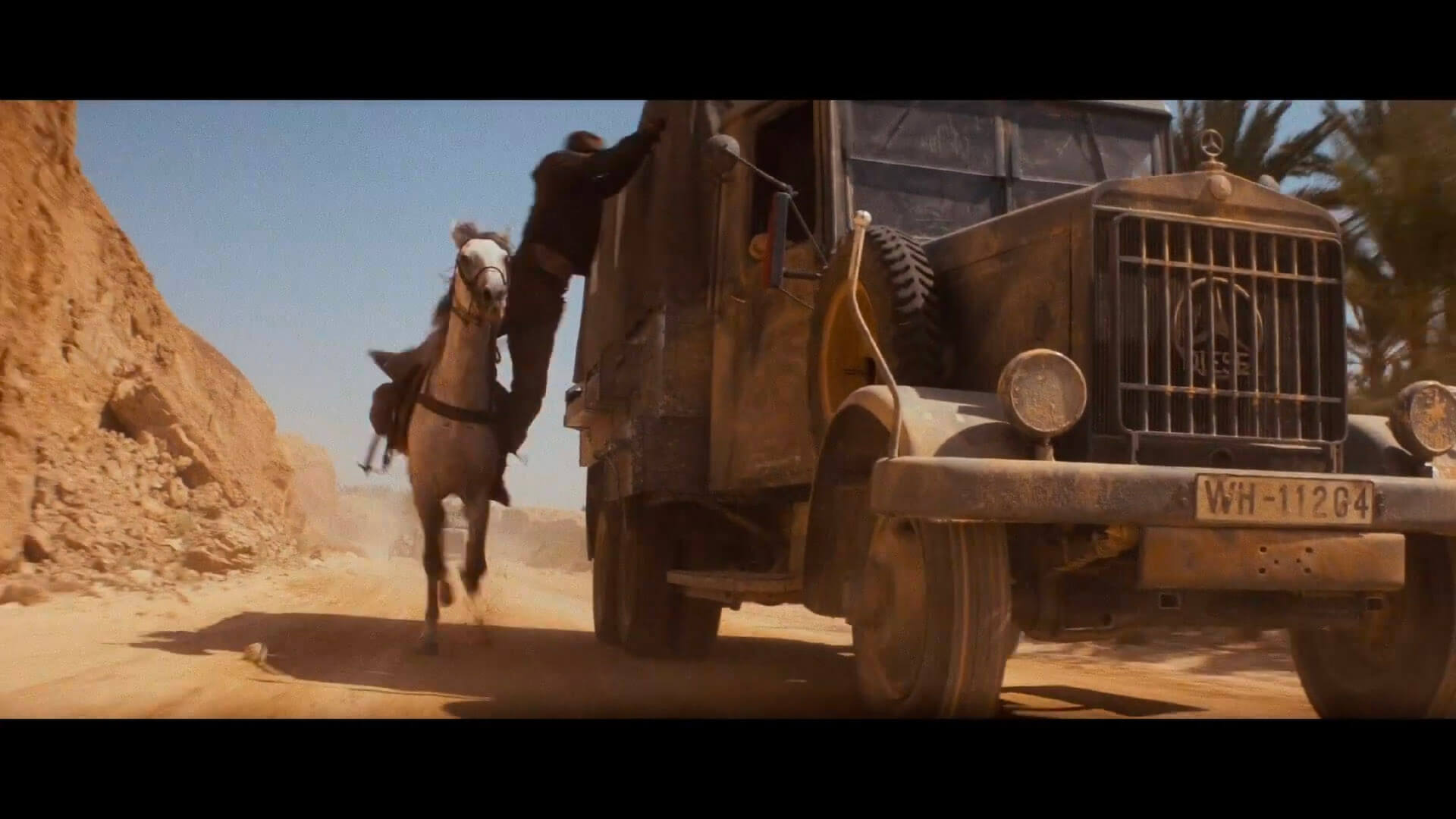 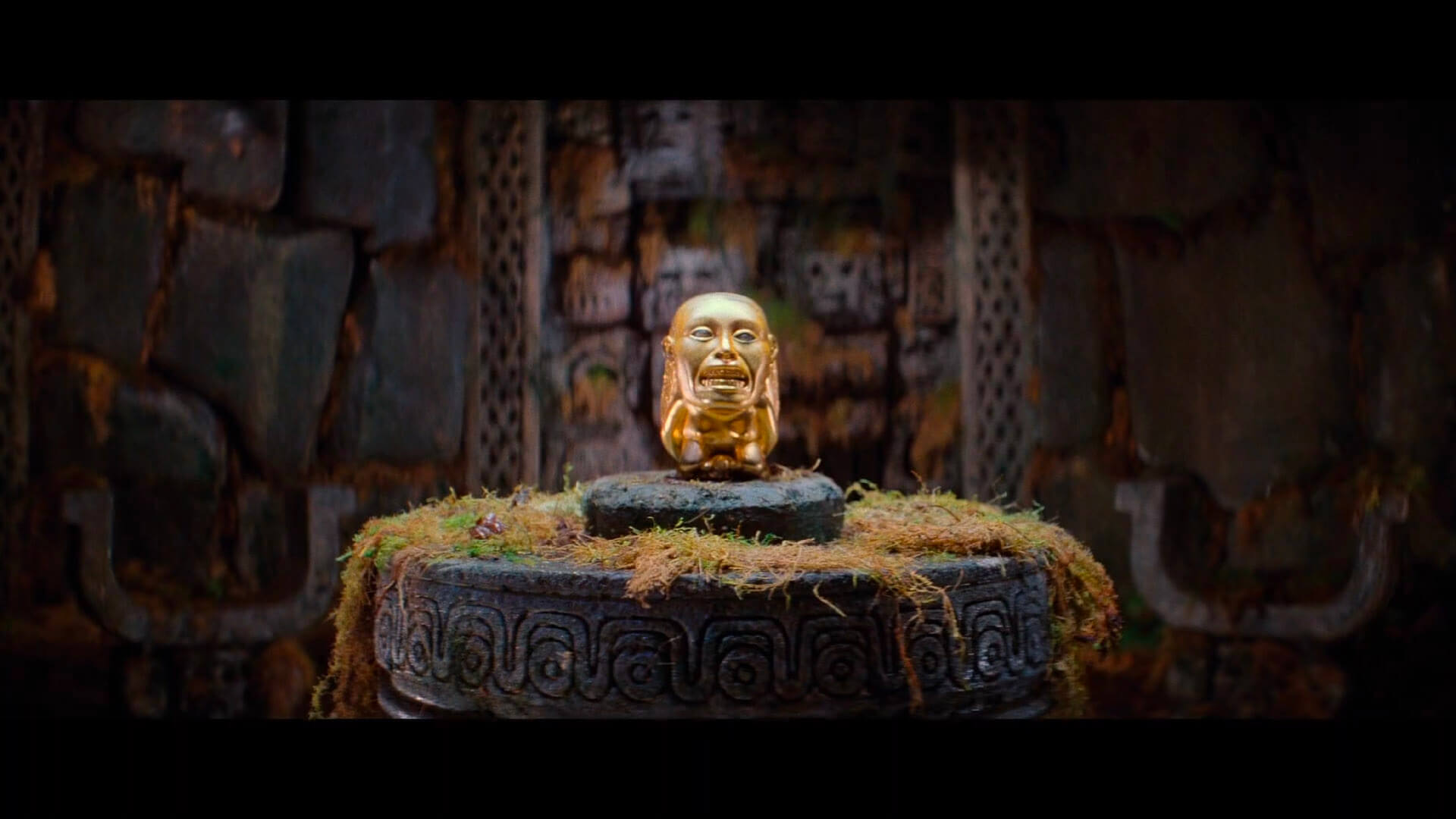 Indiana Jones and the Raiders of the Lost Ark goes through some drastic tonal shifts, blending adventure and comedy when appropriate. However, it concludes in one of the most frightening scenes in a non-horror movie. It is a fitting conclusion, if not surprisingly gruesome considering the rather upbeat, somewhat family-friendly, and exciting nature of the rest of the movie.

During the 70s, 80s, and 90s, if you wanted your movie to have an epic score, there was one name everyone turned to, namely John Williams who had been around since the 1960s, having provided the soundtrack for classics like The Towering Inferno, Jaws, Close Encounters of the Third Kind, and Star Wars. Both George Lucas (who co-created the Indiana Jones story) and Spielberg had already struck gold with Williams’ orchestral talents in the past, so it was a no-brainer to bring him on to provide Dr. Walton with a golden score.

The music for Indiana Jones and the Raiders of the Lost Ark is just as much a character in the film as Indy himself. The trumpeting horns match perfectly, whether Indiana is riding horseback, swinging himself to safety, or stealing a smooch from the leading lady, Karen Allen. It ranks up there with some of Williams’ best work, though his Oscar nods for the series’ signature theme didn’t come until 1984’s Indiana Jones and the Temple of Doom and 1989’s Last Crusade.

The Legacy of Indiana

Though Harrison Ford easily could have called it quits after the aptly titled Last Crusade, it was hard for fans to let go of the fedora-wearing adventurer. Indy has graced everything from young adult novels and a short-lived TV series to live-action theme park attractions and video games. In fact, along with the upcoming fifth entry, it is through gaming Indiana Jones’ legacy looks to be continuing — Amazon recently announced it would be reviving three point-and-click adventure titles from LucasArts. 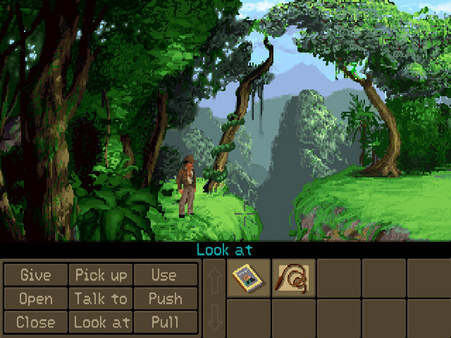 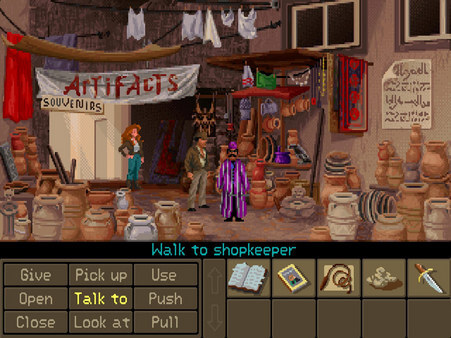 Among them is 1992’s fan-favorite Indiana Jones and the Fate of Atlantis, an adventure that is considered a cultural hallmark in the world of games. Starting August 1, Amazon Prime subscribers will have access to Indiana’s point-and-click quest to uncover the secret of the underwater kingdom of Atlantis, although the game has been available for purchase on Steam for quite some time.

LucasArts did a wonderful job capturing the spirit of an Indiana Jones movie in the 1992 game, though the lack of visual updates may sway modern audiences from thoroughly enjoying the seminal retro title. At the very least, Fate of Atlantis is a fine carry-over to enjoy while waiting for Bethesda’s Sweden-developed Indiana Jones game to come out on Xbox Series S|X — and last, but certainly not least, the as-of-yet unnamed fifth movie.

A new Indiana Jones game with an original story is in development from our studio, @MachineGames, and will be executive produced by Todd Howard, in collaboration with @LucasfilmGames. It'll be some time before we have more to reveal, but we’re very excited to share today’s news!

Indiana Jones is an American media franchise that stars the adventures of Dr. Henry Walton “Indiana” Jones Jr., a fictional professor of archaeology, that began in 1981 with the film Raiders of the Lost Ark. In 1984, a prequel, The Temple of Doom, was released, and in 1989, a sequel, The Last Crusade. A fourth film followed in 2008, titled The Kingdom of the Crystal Skull. A fifth film is in production that is scheduled to be released in 2022. 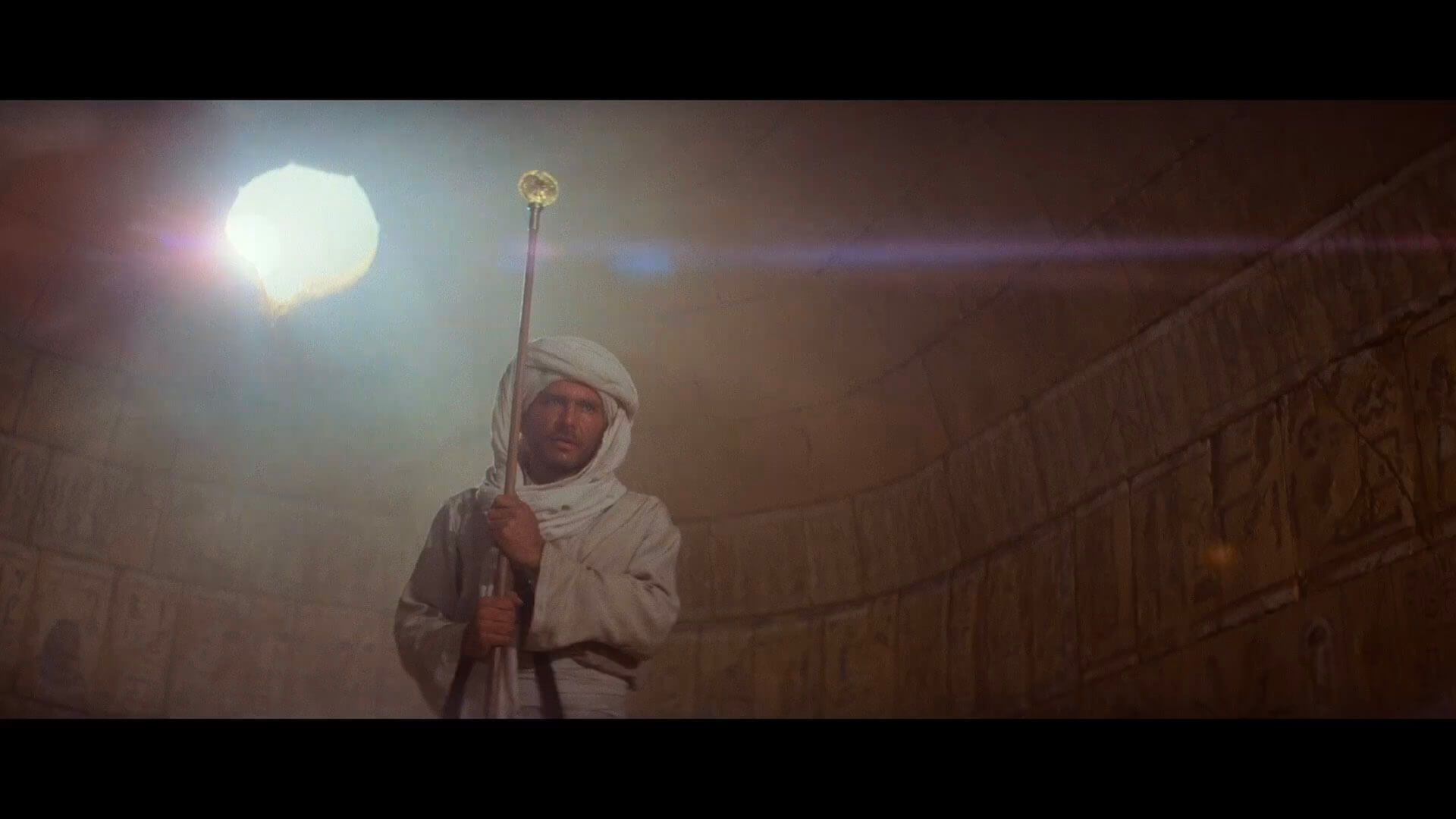 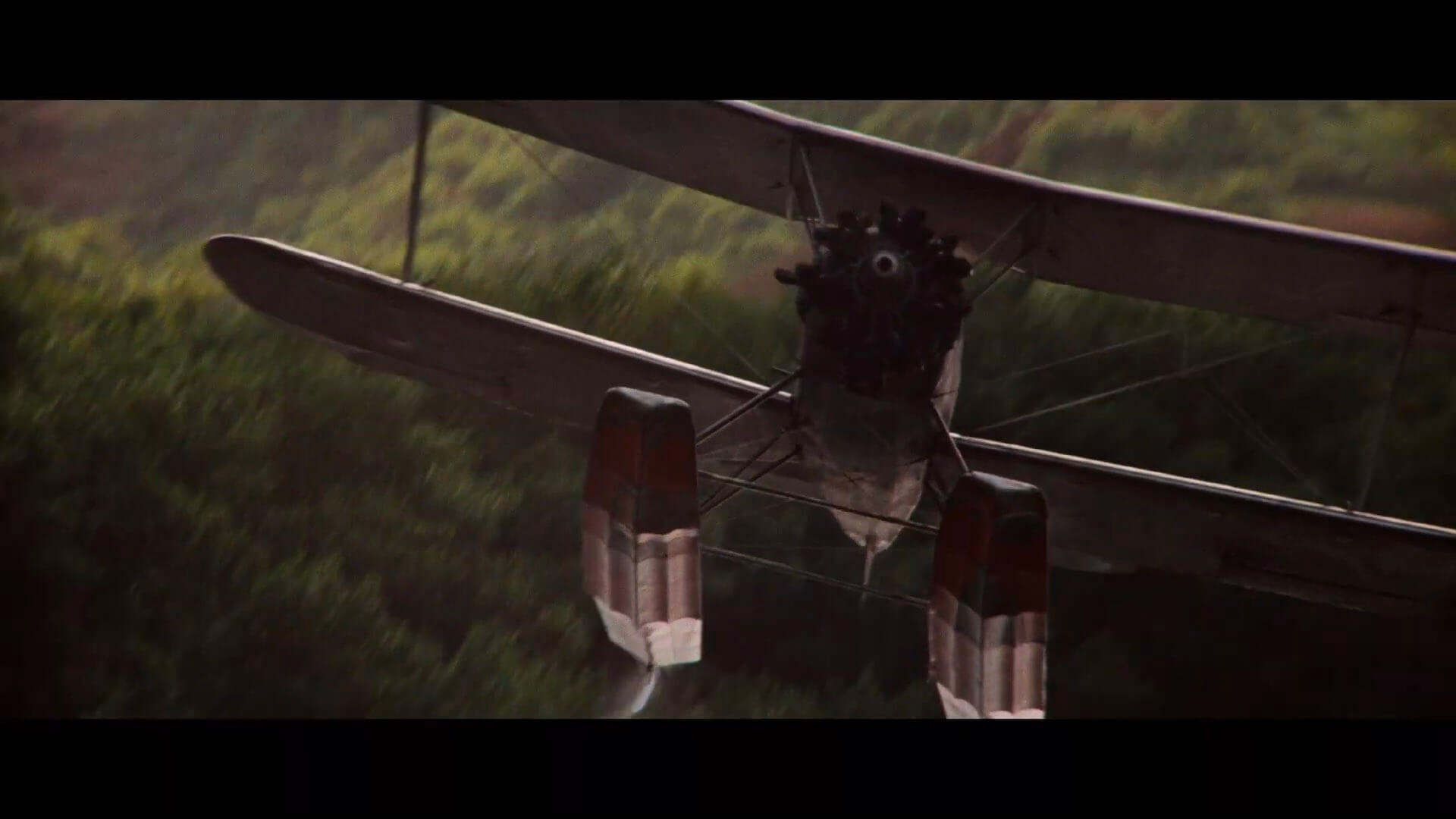 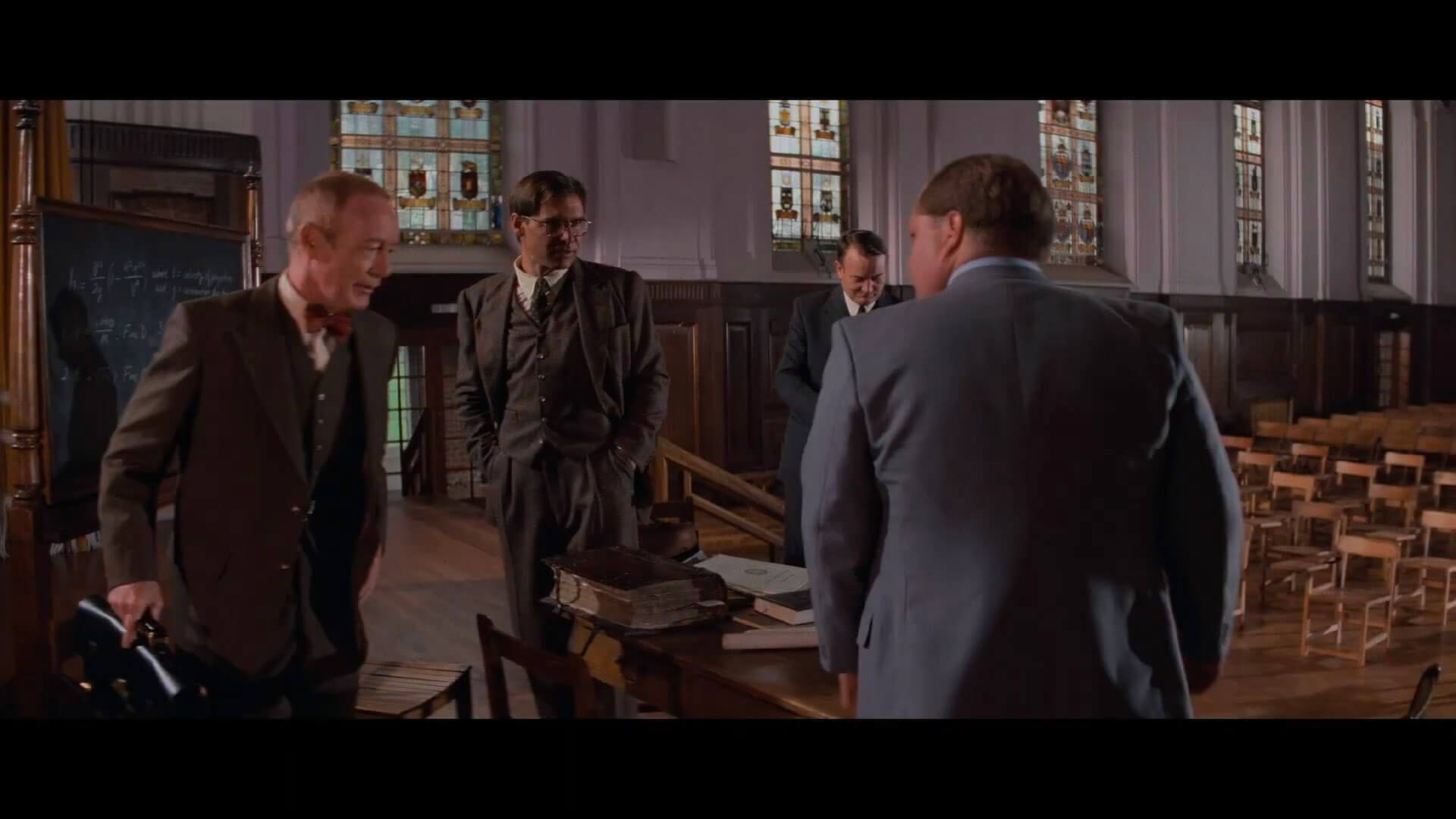 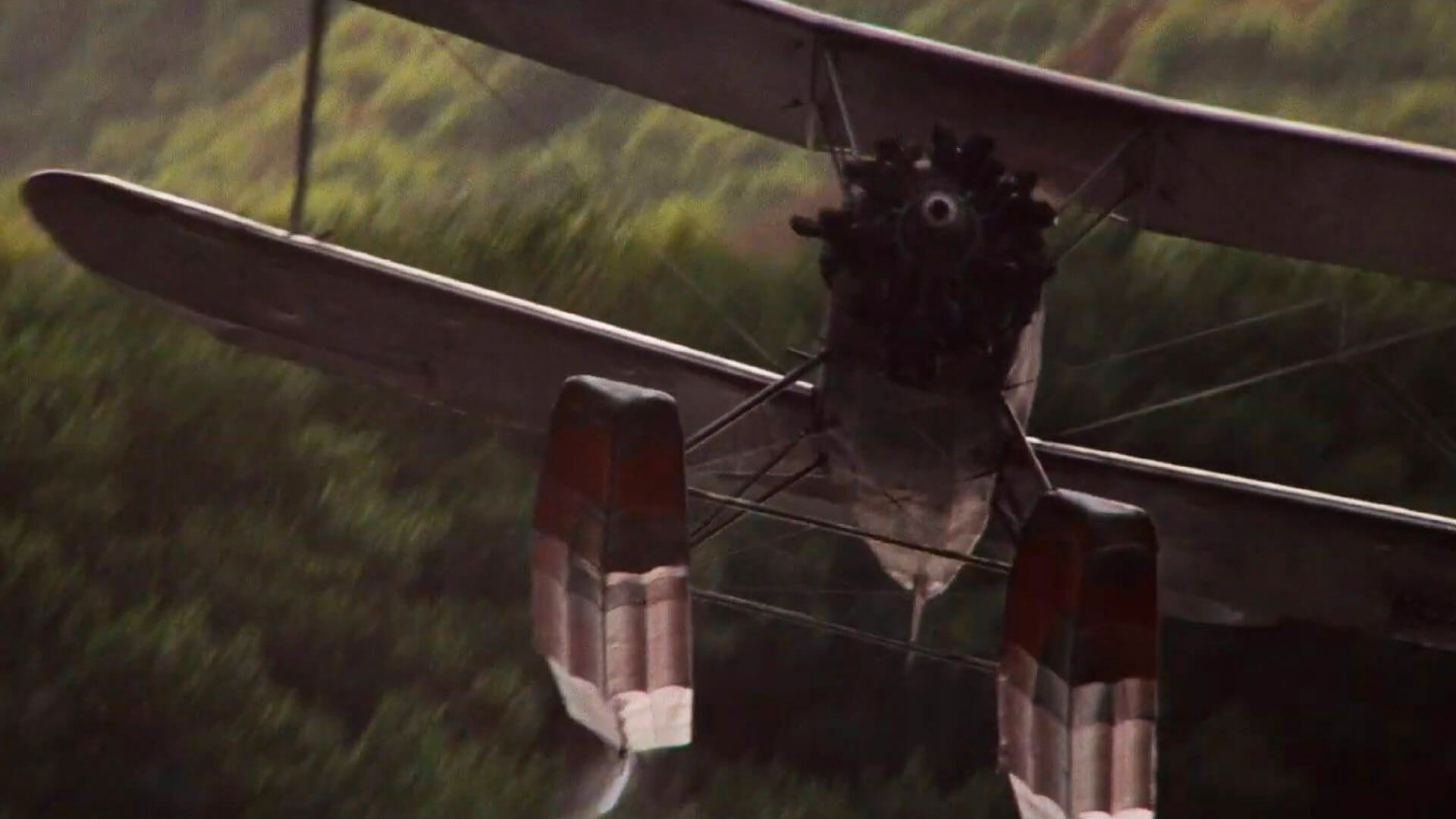 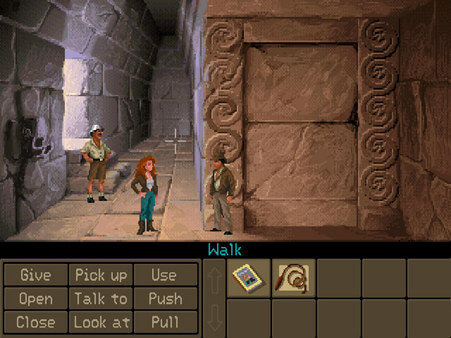 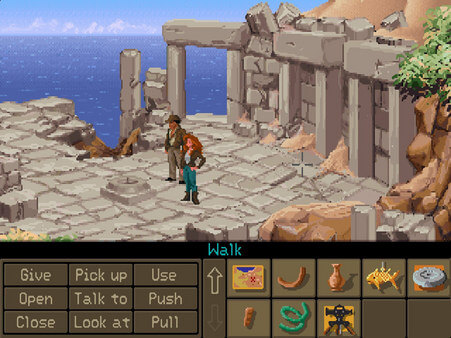 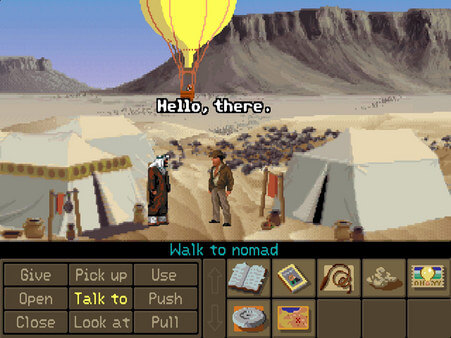